Paramedic overwhelmed with emotion as entire street applauds her

This is the tear-jerking moment an ambulance worker was overwhelmed with emotion when her entire street came out to applaud her on the way to her shift.

As Tayla Porter left for Basingstoke and North Hampshire hospital on Thursday, she was greeted with the whole of her street in Basingstoke, Hampshire, standing to clap her to her car.

Left with her head in her hands by the impromptu reception, the 22-year-old emergency care assistant was unable to hold back tears as mother Ali, 55, father Phil, 55, and sister Tash, 21 watched on. 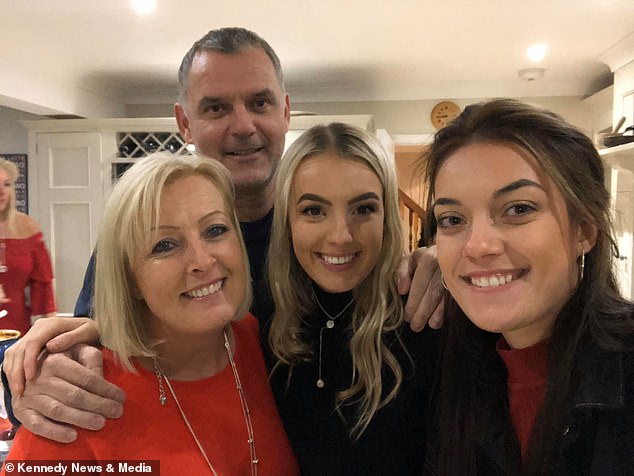 After a few people had posted on the family’s local village forum about joining in the national clap for carers applause at 8pm, Ali mentioned to her neighbours that her eldest daughter would be in work from 4pm.

But she thought nothing more of it until they stepped outside and were greeted by a cacophony of applause.

On top of the cheering, there was also a packet of Cadbury’s Miniature Heroes and homemade cake waiting on top of her car to take to work.

On top of the cheering, there was also a packet of Cadbury’s Miniature Heroes and homemade cake waiting on top of her car to take to work.

Ali said: ‘It was overwhelming for all of us.

‘I had no idea the whole street would come out. I just thought it might be our next door neighbours and the house opposite.

‘What I didn’t realise was that every single house had at least one person come out to clap her. 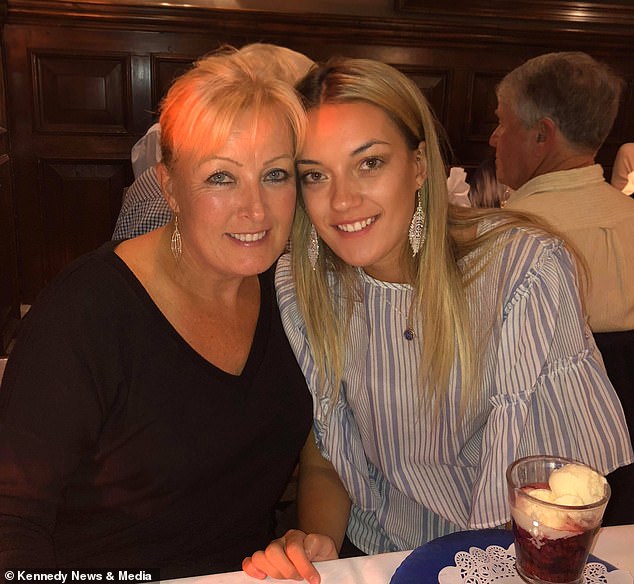 ‘It must have been people texting people or word of mouth, because not everyone is on there.

‘It was so emotional, I could barely speak. It was just overwhelming pride. 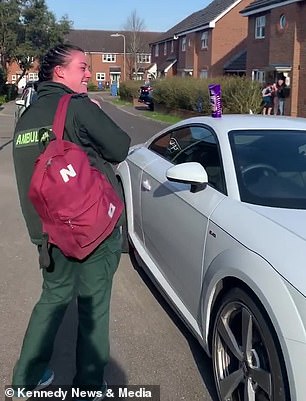 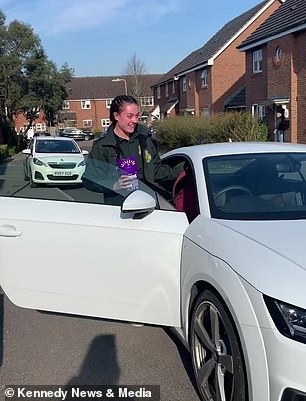 ‘We barely know anyone on our street. You see each other daily, but you don’t know each other’s names.’

Tayla – who hopes to become a lead paramedic – even headed out to her shift while her younger sister Tash was celebrating her 21st birthday.

Ali said: ‘There’s been some nights where Tayla’s come back and we’ve had to sit down and she’s had a bit of a cry from being exhausted.

‘She’s seeing things that are quite scary. But she goes out there and puts a brave face on. 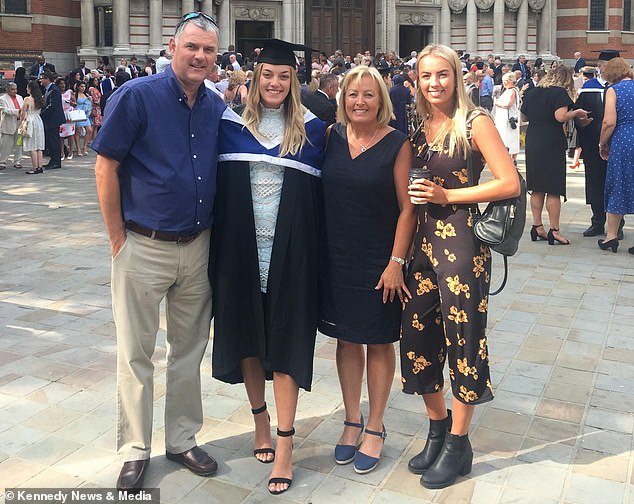 A post showing the applause has gone viral with it being viewed more than 700,000 times and shared more than 48,000 times on Facebook

‘We don’t know enough about coronavirus and that’s not the only thing they’re facing out there.’

A post showing the applause has gone viral with it being viewed more than 700,000 times and shared more than 48,000 times on Facebook.

Ali said: ‘It’s been so overwhelming. It’s amazing how everyone has come together. I feel like our village is closer.

‘You’ve got more time for people and appreciate them more now.

‘It brings you closer.’

AJ Pritchard on how Strictly ‘kills you’ and his hopes of becoming the new Ant & Dec with brother Curtis – The Sun
Jared Leto Dresses As Joe Exotic For ‘Tiger King’ Viewing Party & Fans Go Nuts Over The Pics
Popular News
I paid over £90 for the Victoria's Secret advent calendar on sale… people say I got robbed when I showed what was inside | The Sun
01/12/2022
Man Utd wonderkid Ramon Calliste, called ‘the next Giggs’, now owns luxury watch business and makes £5m a year – The Sun
26/03/2020
Megan Thee Stallion Addresses Criticism Over Twerking: ‘I Love to Shake My A**’
26/03/2020
Police guard shops to stop coronavirus panic-buyers and enforce social distancing – The Sun
26/03/2020
Coronavirus: Good Morning Britain’s Dr Hilary reveals ‘game-changing’ self-testing kit
26/03/2020
Recent Posts