A MAN has been stabbed in broad daylight in front of horrified shoppers near Oxford Street in London.

Police were called to reports of an assault on Market Place at 5.38pm today. 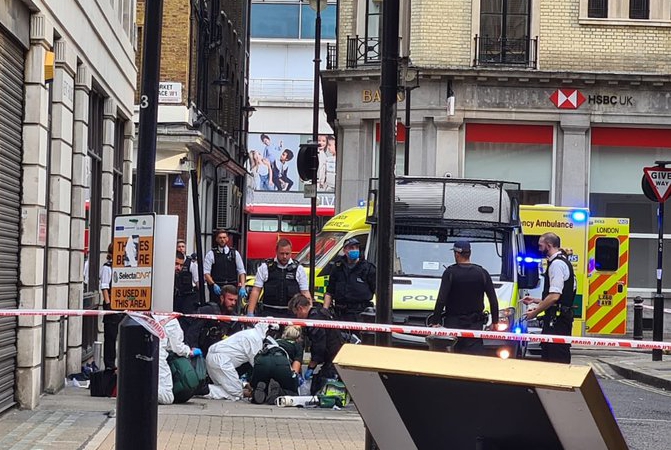 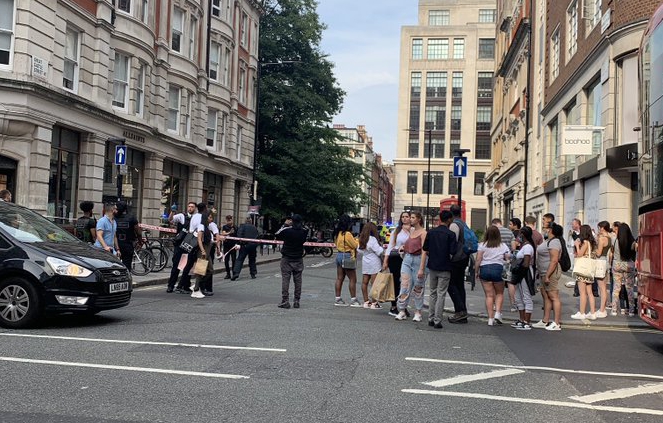 A man was found with stab injuries and he was transferred to a major trauma centre – there is no update on his condition.

Police remain at the scene and no arrests have been made.

Images from the street show police within a cordon helping the victim as shoppers walk on.

A Met spokeswoman said: "Officers attended and found a male suffering from a stab injury.

"Emergency services remain at the scene. There have been no arrests."

A London Ambulance Service spokesperson said :“We were called at 5:39pm today (8 August) to reports of a stabbing on Market Place just off Oxford Street.

“We dispatched two ambulance crews, an incident response officer and a medic in a car to the scene. We also dispatched a London's Air Ambulance trauma team.

"We treated a person at the scene and took them to a major trauma centre."