Organiser of surprise gig by rapper AJ Tracey is fined £10,000 for breaching Covid rules after thousands flocked to Manchester park

The organiser of a surprise gig by rapper AJ Tracey in Manchester that attracted thousands of young people has been fined £10,000.

Greater Manchester Police said they were called to a ‘large gathering’ at an illegal music event on Sunday.

Apologising for the event, Tracey said he ‘didn’t expect that many people to turn up’ to Platt Fields Park near one of the city’s university campuses.

The police said in a statement it would ‘like to remind the public of the importance of adhering to the lockdown regulations’ and that the organiser has been issued with a £10,000 fixed penalty notice. 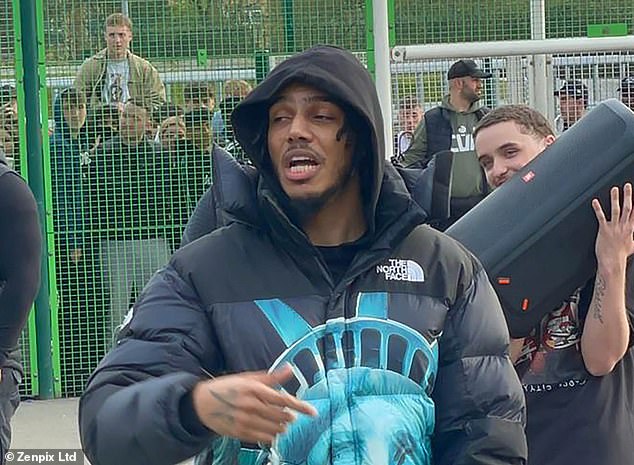 The organiser of a surprise gig by rapper AJ Tracey in Manchester that attracted hundreds of young people has been fined £10,000 by Greater Manchester Police 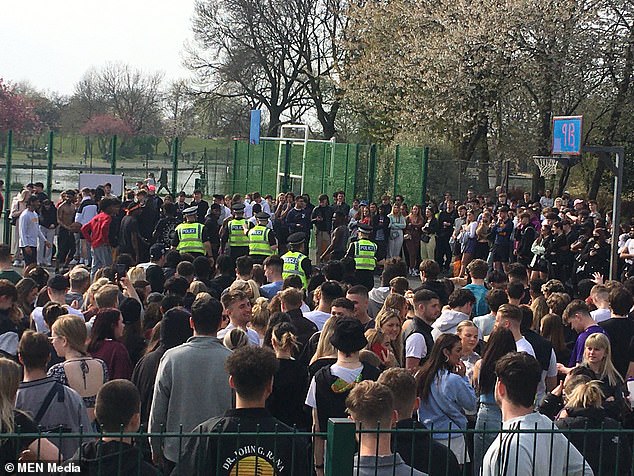 Despite a relaxation of the coronavirus regulations last week, it is still against the social distancing measures to have a large gathering

Tracey had appeared in Birmingham earlier in the day and was due to go to Bristol after the Manchester leg of his trip.

However, despite making it to the site for the show it was called off.

Tracey later apologised for the event in a video posted on social media which was captioned: ‘Sorry guys’.

‘Big love Manny [Manchester] and Brum [Birmingham], thank you for coming out,’ he said.

But the rapper added: ‘It’s not going to be safe for me to come to Bristol. I didn’t expect that many people to turn up in Manny and genuinely it’s just not OK for me to go ahead.

‘I appreciate you lot showing support and when it’s safe to do so, I’m definitely going to come back and do some shows.’

Tracey, who is currently promoting his new album Flu Game, said he made the trip to sign CDs and he ‘never went out to do a gig’.

Superintendent Caroline Hemingway of Greater Manchester Police said: ‘I would like to remind the public that the recent easing of restrictions does not mean the pandemic is over. 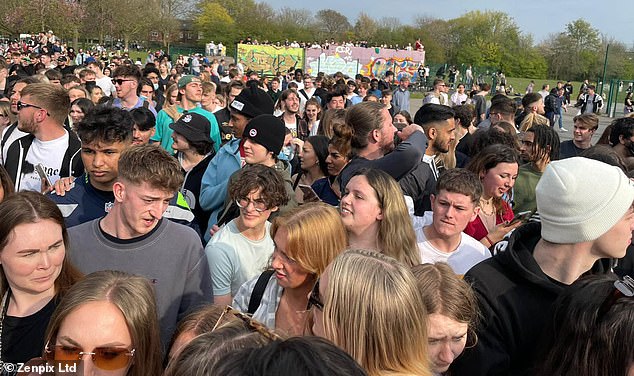 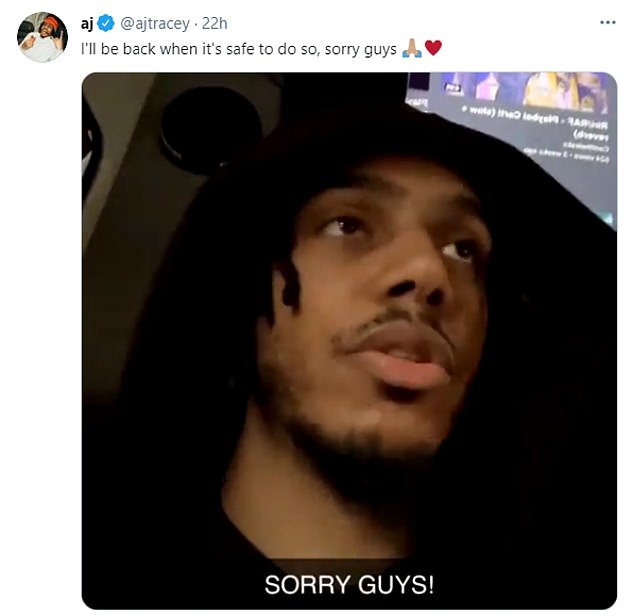 Tracey later apologised for the event in a video posted on social media which was captioned: ‘Sorry guys’

‘We are still very much in the midst of a public health crisis and it remains as important as ever to abide by the Covid-19 legislation.

‘With the road map in place, there is finally hope that we will soon be returning to a sense of normality, which is why it is so important not to flout the lifting of restrictions and risk spreading the virus, as this could lead to delays in further restrictions being eased.’

Tracey, from the Ladbroke Grove area of West London, has seen five of his tracks make the UK Top Ten since breaking through in 2016.

His 2018 single Butterflies was his first commercial success, hitting number 19 on the UK Singles Chart.

A 2019 track titled Ladbroke Grove eventually went double platinum and has led to a series of successful collaborations.