An explosion and massive fire at a paint factory in Columbus, Ohio, had firefighters scrambling to get the blaze under control just after midnight Thursday, according to reports.

At least seven injuries were reported, according to the Columbus Division of Fire.

The fire was reported at Yenkin Majestic Paint, part of the Yenkin-Majestic Paint Corp. The company was described as a family-owned and -operated coatings manufacturer.

Local residents posting on Twitter said they felt the blast in the homes. 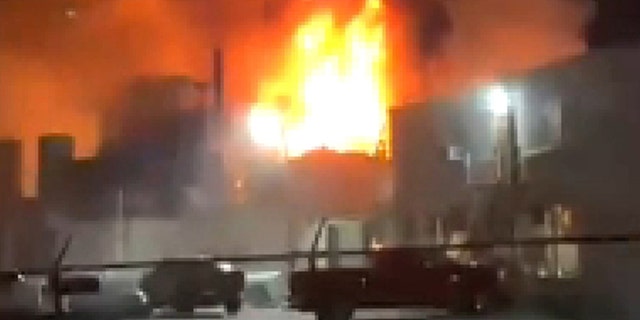 The scene early Thursday at the Yenkin Majestic Paint plant in Columbus, Ohio.

“Powerful enough to shake my whole house,” one resident wrote.

“Something blew up in Columbus,” another wrote.

Photos taken by residents showed a large plume of smoke rising into the sky.

It was unclear if anyone was injured, WCMH-TV of Columbus reported. Crews were working to get the blaze under control.