Norway can now ‘open up society little by little’, PM Solberg says after health minister claimed coronavirus is ‘under control’ in the country

Speaking at a news conference, Solberg said:  ‘Together we have taken control of the virus, therefore we can open up society little by little.’

Nurseries will reopen between April 20 and 27, schools from the first grade to the fourth grade from April 27, and Norwegians can go to their chalets from April 20. 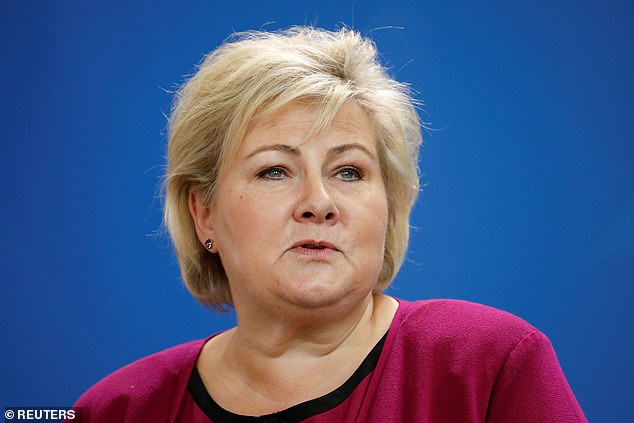 Her comments echo those made on Monday by health minister Bent Hoie, who said the epidemic was ‘under control’ in Norway, pointing to the low rate of transmission.

He said the number of people each disease carrier infects, which is thought to be around 2.5 without lockdown measures – had fallen to 0.7.

Anything under 1 means the disease has effectively stopped circulating and will start to die off. 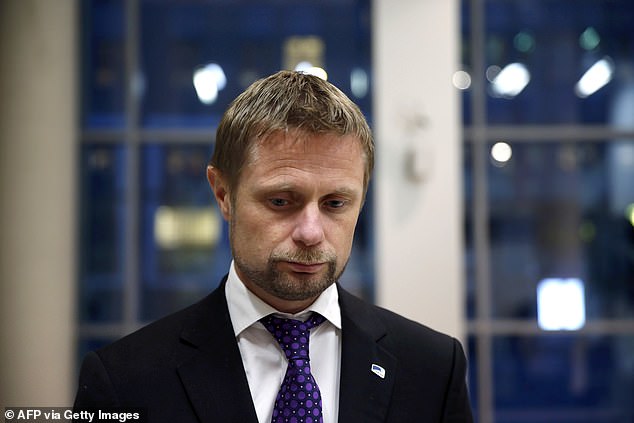 Norway’s current restrictions were imposed on March 12 and will remain in place until April 13.

They included the closure of nurseries and schools, refusing entry to foreigners who do not live and work in Norway and forbidding people to go to their mountain cabins if they have one.

Solberg has said though that working from home must continue and Norwegians must get used to measures against contamination ‘for a long time’.

All major sports and cultural events including festivals will still be banned until June 15, she added.

Latest figures reveal that 5,863 people had tested positive for coronavirus as of Tuesday. 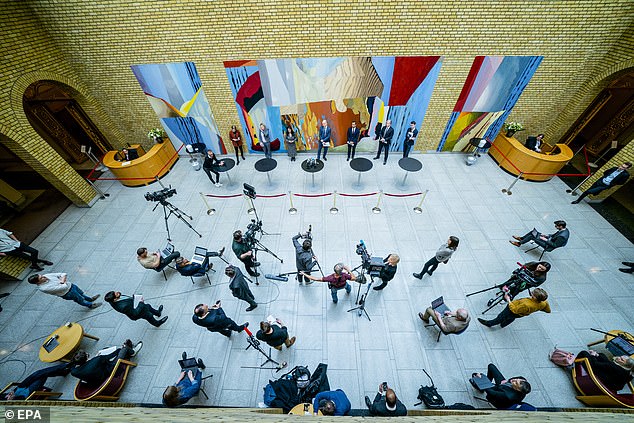 That was a rise of 108 from 5,755 reported on Monday, the Norwegian Institute of Public Health said. Some 69 people are known to have died from the disease.

While lockdown measures have been largely successful in stopping the spreading of Covid-19, they have caused Norway’s rate of unemployment to soar.

It rose to 15.4% on Tuesday, according to the Labour and Welfare Agency (NAV).

Norway is the latest country to ease some of its restrictions.

Fellow Nordic nation Denmark, which followed a similarly tough line to Norway, announced late on Monday it would reopen day care centres and schools on April 15 as a first step to gradually relaxing its three-week lockdown.