A WHINGING left-wing teacher has been slammed for coronavirus scaremongering after claiming he felt “scared” to be at work with students on his first day.

Labour supporting Adam Woodward, 23, posted the moaning message on Twitter with a selfie of him wearing a face mask as millions of teachers and pupils returned to school yesterday for the first time in six months. 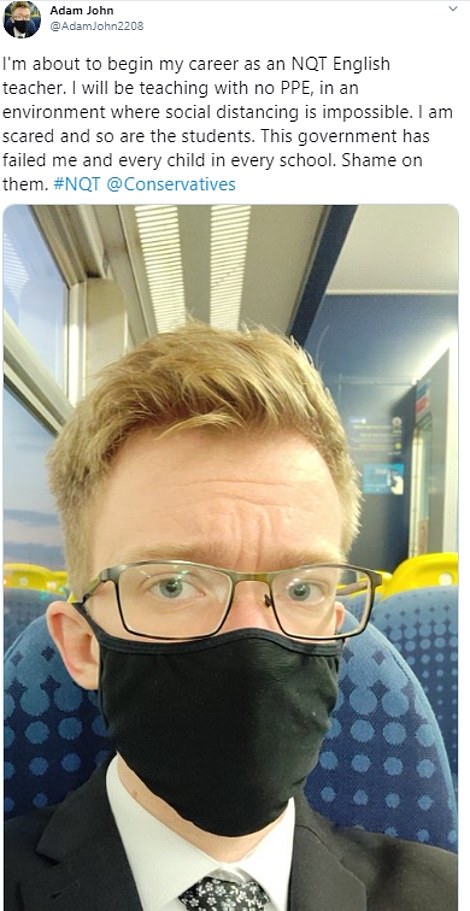 He is likely to have angered his bosses with the message which went viral on social media before he had even started work.

The Sheffield Hallam University graduate wrote about his fears as he posted a selfie of himself in a mask on a Northern Rail train this morning, while a study revealed pupils are three months behind since lockdown with boys and the poorer students hardest hit.

He wrote: “I'm about to begin my career as an NQT (newly qualified teacher) English teacher.

“I will be teaching with no PPE, in an environment where social distancing is impossible. I am scared and so are the students.

"This Government has failed me and every child in every school. Shame on them.”

After the message caused a backlash Woodward, who is starting teaching at Horizon Community College in Barnsley, South Yorkshire, appeared to set his tweets private.

But his Facebook page was full of his support for Labour.

In June 2017, he set his profile photo to a photo of him with the message “I’m voting Labour.”

In response to his tweet, one Twitter user wrote: “Tell that to police and health care workers who worked the pandemic with no PPE when you were hiding at home. Wet wipe.”

Another said: “Get real…have you been shopping and going out and about or staying in all this time? Get on with teaching and stop making this up. Think of all those shop workers amd emergency services not wearing masks. My child cannot wait to get back to school.”

Another said: “Guess you need to learn social media policy on day one of school , political messages are not allowed I suspect.  Love to know what you actually expected the Government to do?”

It comes as a survey found the learning gap between rich and poor pupils grew by almost half between March and July.

The authors of the National Foundation for Educational Research warned a quick catch-up is unlikely.

The government has insisted children must not lose out because of coronavirus.

The new term begins in England and Wales this week, after the disruption caused by the Covid-19 pandemic.

Schools are already back in Scotland and Northern Ireland.

Scottish Education Secretary John Swinney today revealed 127 pupils aged between five and 17 have tested positive for coronavirus since the start of the school year. 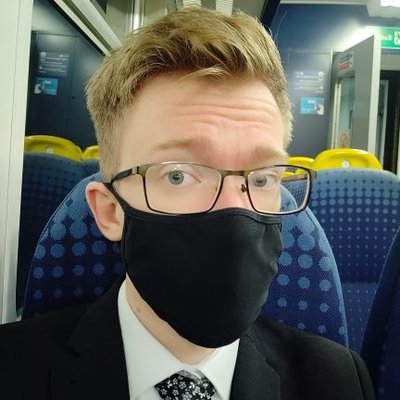 Related posts:
Conor McGregor gets pampered with spa treatments as UFC legend jumps on bike for Tour de France stage while on holiday
I tried running 30 minutes each day for a month, and it was painful but I saw major improvements
Popular News
Freddie Flintoff tearful as he opens about bulimia battle in BBC documentary
28/09/2020
Man Utd wonderkid Ramon Calliste, called ‘the next Giggs’, now owns luxury watch business and makes £5m a year – The Sun
26/03/2020
Megan Thee Stallion Addresses Criticism Over Twerking: ‘I Love to Shake My A**’
26/03/2020
Police guard shops to stop coronavirus panic-buyers and enforce social distancing – The Sun
26/03/2020
Coronavirus: Good Morning Britain’s Dr Hilary reveals ‘game-changing’ self-testing kit
26/03/2020
Recent Posts
This website uses cookies to improve your user experience and to provide you with advertisements that are relevant to your interests. By continuing to browse the site you are agreeing to our use of cookies.Ok