Israeli Prime Minister Benjamin Netanyahu said that there are "many more unpublicized meetings with Arab and Muslim leaders to normalize relations with the state of Israel" following its historic peace agreement with the United Arab Emirates brokered by the United States earlier this month.

The comment comes on the heels of a formal decree by the ruler of the UAE on Saturday ending the country's boycott of Israel, which has opened trade and commerce between the two nations. The decree formally eliminates a 1972 law on the UAE's books since just after the country's formation, which mirrored the widely held stance by Arab nations at the time that recognition of Israel would only come after the Palestinians had an independent state of their own.

Netanyahu said the UAE's decision opens the door for "unbridled trade, tourism, investments and exchanges between the Middle East's two most advanced economies" and thanked the Trump administration for their support in brokering the historic deal. 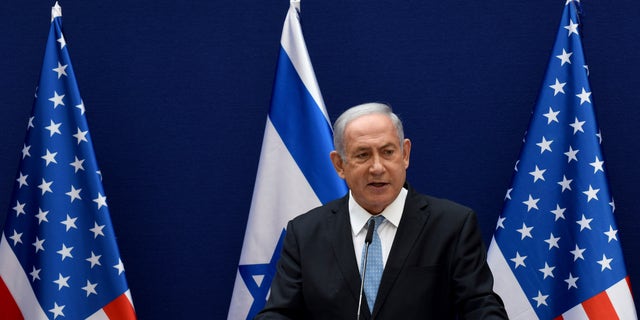 "We could not seal this historic peace with the Emirates and with others that are in line without the tremendous support of our great and loyal friends from the United States of America," Netanyahu said.

SEE IT: PAIR OF RUSSIAN JETS GET WITHIN 100 FEET OF US AIR FORCE PLANE

The UAE is the third Arab nation, after Egypt and Jordan, to currently have diplomatic relations with Israel.

In recent years, the UAE has held quiet talks with Israel and allowed Israelis with second passports into the country for trade and talks. Opening ties may also help the Emirates access advanced American weaponry, like the F-35 fighter jet that right now only Israel flies in the Mideast.

"Israel continues to be strengthened and is one of our highest priorities of the Trump administration," U.S. National Security Advisor Robert O'Brien said. "Our two nations have never been closer." 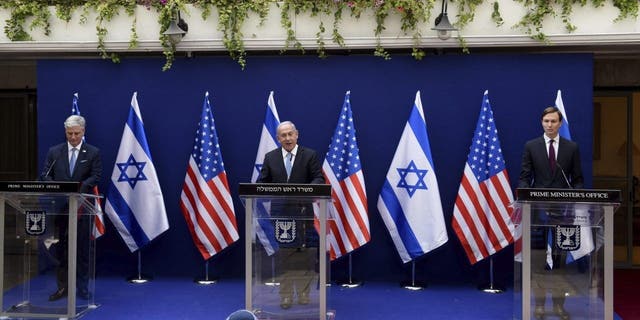 Israel is set for its first commercial passenger flight to the United Arab Emirates on Monday.

Related posts:
Ant and Dec: Do Ant and Dec live next door to each other?
Sarah Michelle Gellar Taught Her Son a Life Lesson Using 'Buffy the Vampire Slayer' Fight Scenes
Popular News
Asda announces 1,000 new Covid marshals
23/09/2020
Man Utd wonderkid Ramon Calliste, called ‘the next Giggs’, now owns luxury watch business and makes £5m a year – The Sun
26/03/2020
Megan Thee Stallion Addresses Criticism Over Twerking: ‘I Love to Shake My A**’
26/03/2020
Police guard shops to stop coronavirus panic-buyers and enforce social distancing – The Sun
26/03/2020
Coronavirus: Good Morning Britain’s Dr Hilary reveals ‘game-changing’ self-testing kit
26/03/2020
Recent Posts
This website uses cookies to improve your user experience and to provide you with advertisements that are relevant to your interests. By continuing to browse the site you are agreeing to our use of cookies.Ok