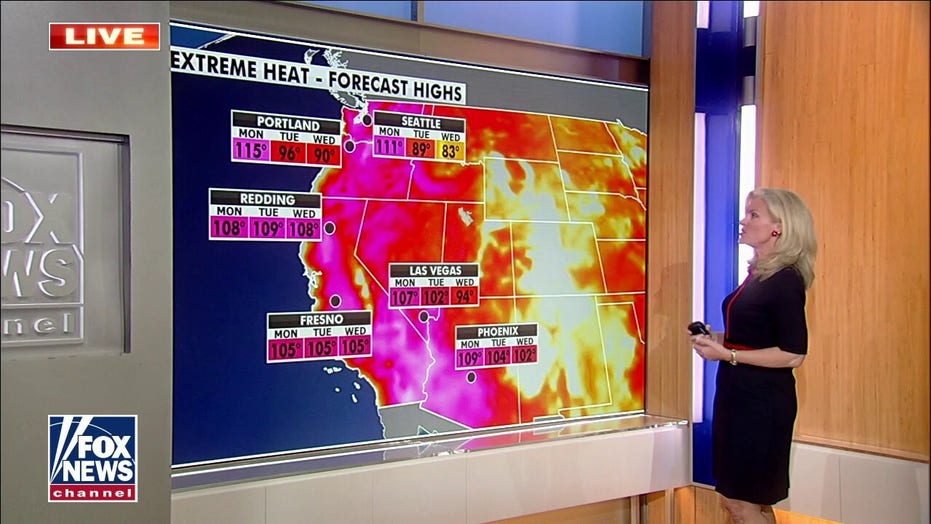 Janice Dean has your FoxCast.

Unprecedented, record-shattering heat hangs on across the Northwest on Monday with temperatures once again surpassing the century mark.

Daily, monthly and all-time records will be set with today’s highs likely going down in history as the hottest day ever recorded for Seattle and Portland. Temperatures won’t be as hot tomorrow, but things won’t cool off significantly either. 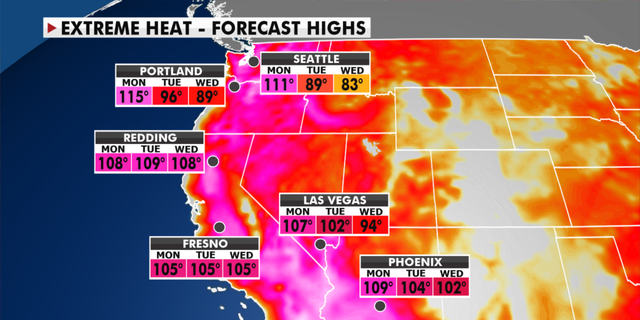 The Northeast and New England are also expecting some hot, humid weather this week with temperatures in the low- to mid-90s.

Heat advisories are up where combined heat and humidity will make things feel very uncomfortable. 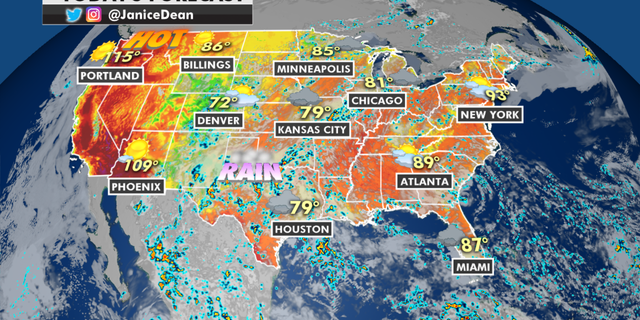 Heavy rain and flooding will continue along a stalled front that stretches from Texas to the Great Lakes, while tropical showers and thunderstorms will threaten the Gulf Coast states. 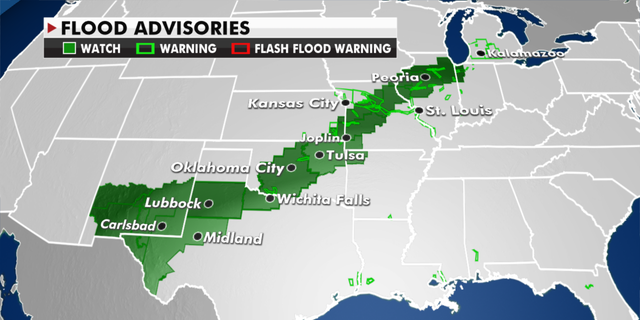 An area of low pressure off the Southeast will be monitored today for possible development before moving onshore tonight, bringing the potential for heavy rain and some thunderstorms over Georgia and South Carolina. 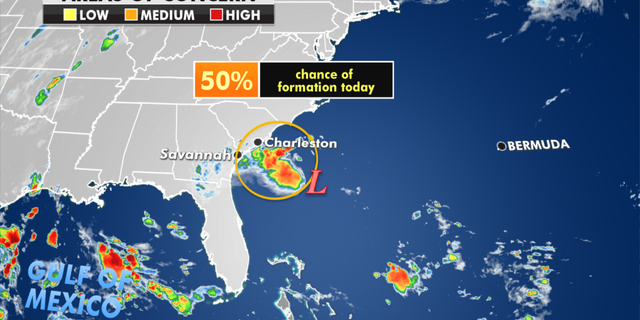 The storm off the Southeast coast. (Fox News)

Hurricane Enrique is the first hurricane of the 2021 Pacific tropical season and will likely strengthen a bit more before weakening later this week.