A NAKED man wandering around a Manhattan subway station died by electrocution after shoving another passenger onto the tracks during a wild attack.

The man was on the platform at the 110th Street and Central Park North Station on Saturday afternoon when he attacked the passenger, police said. 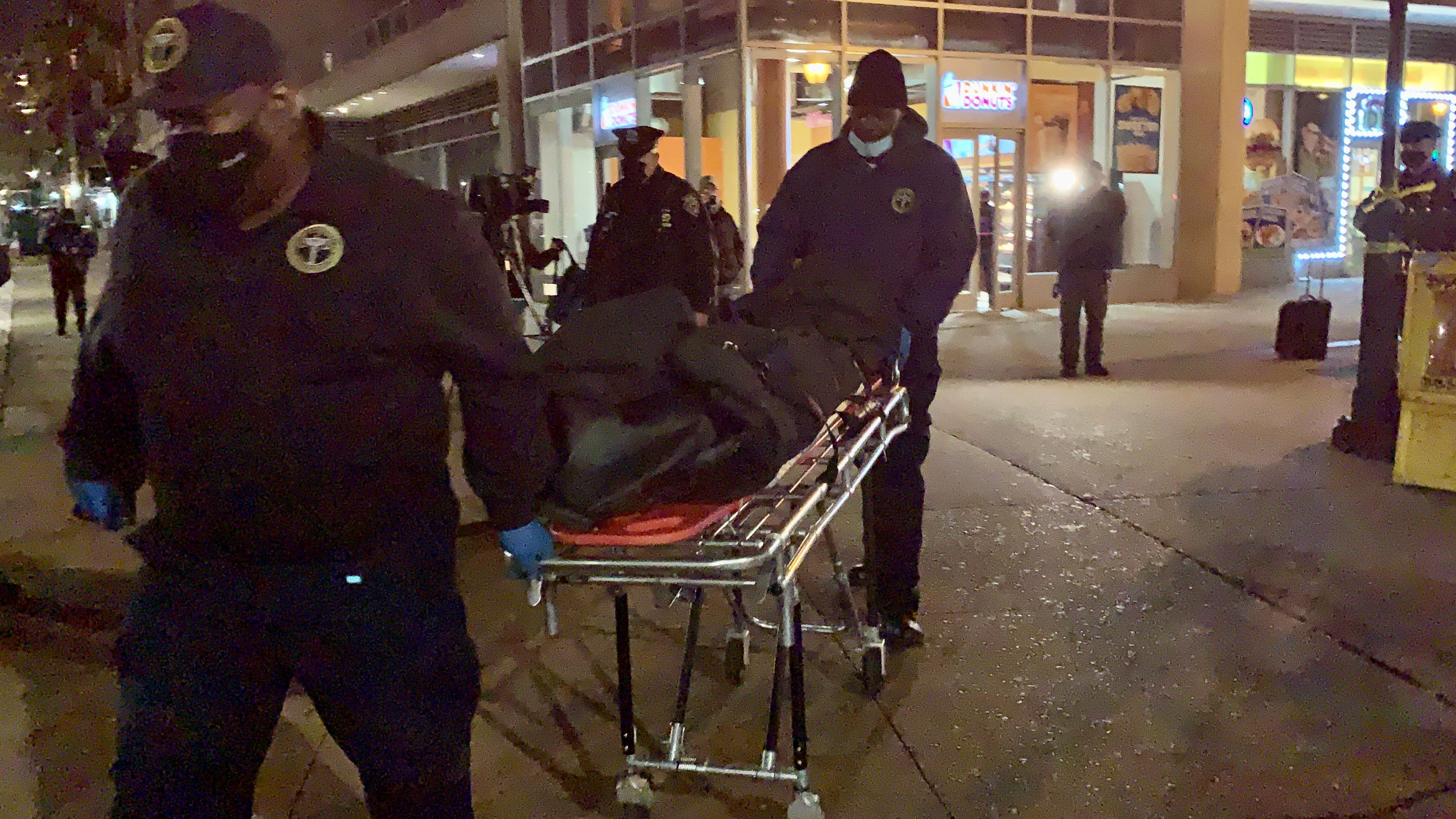 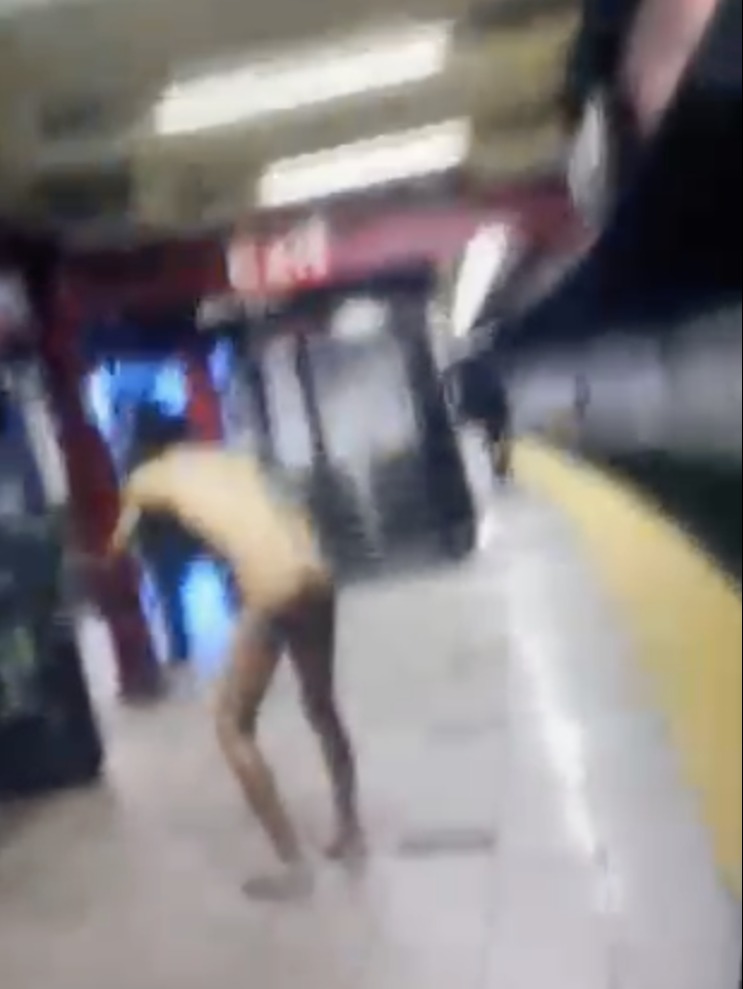 Shocking video footage shows the completely nude man dancing around the platform before he pushes the person down onto the tracks.

When a good Samaritan jumped down to help them, the naked man followed and started beating that person as well, according to the New York Post.

During the attack, the nude man came into contact with the third rail and electrocuted himself.

He was later pronounced dead at the scene, police said. 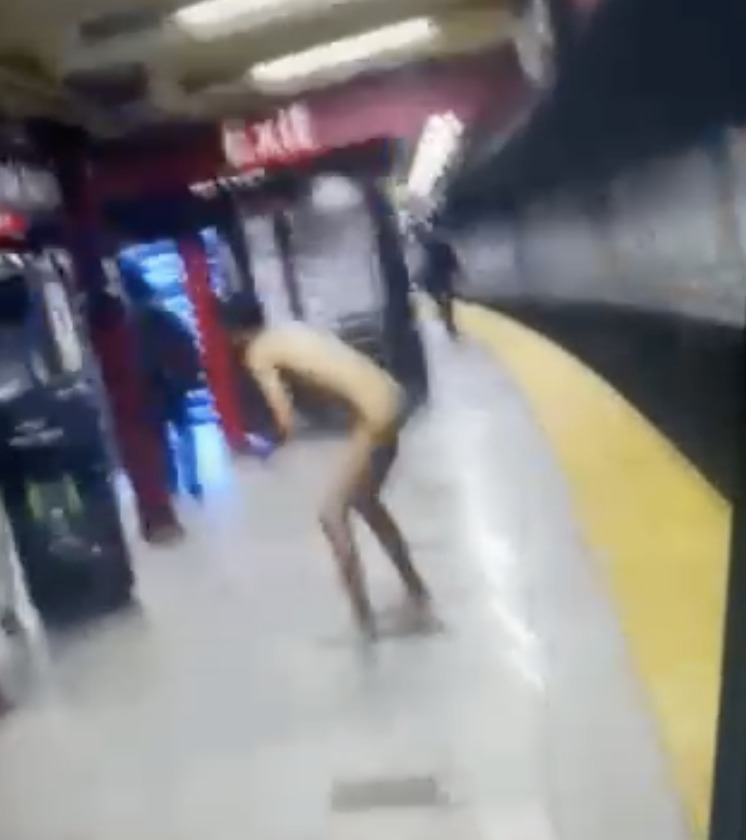 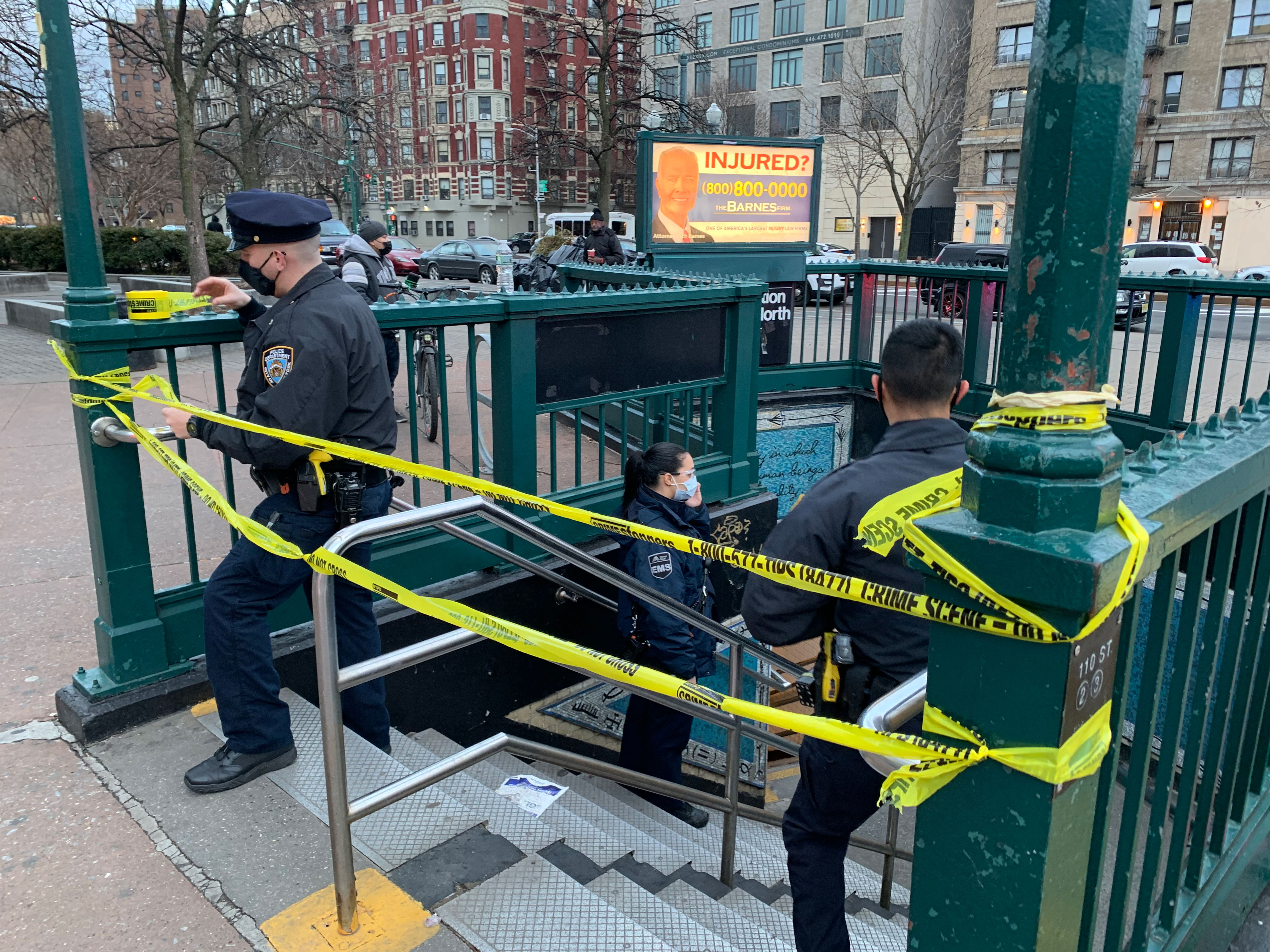 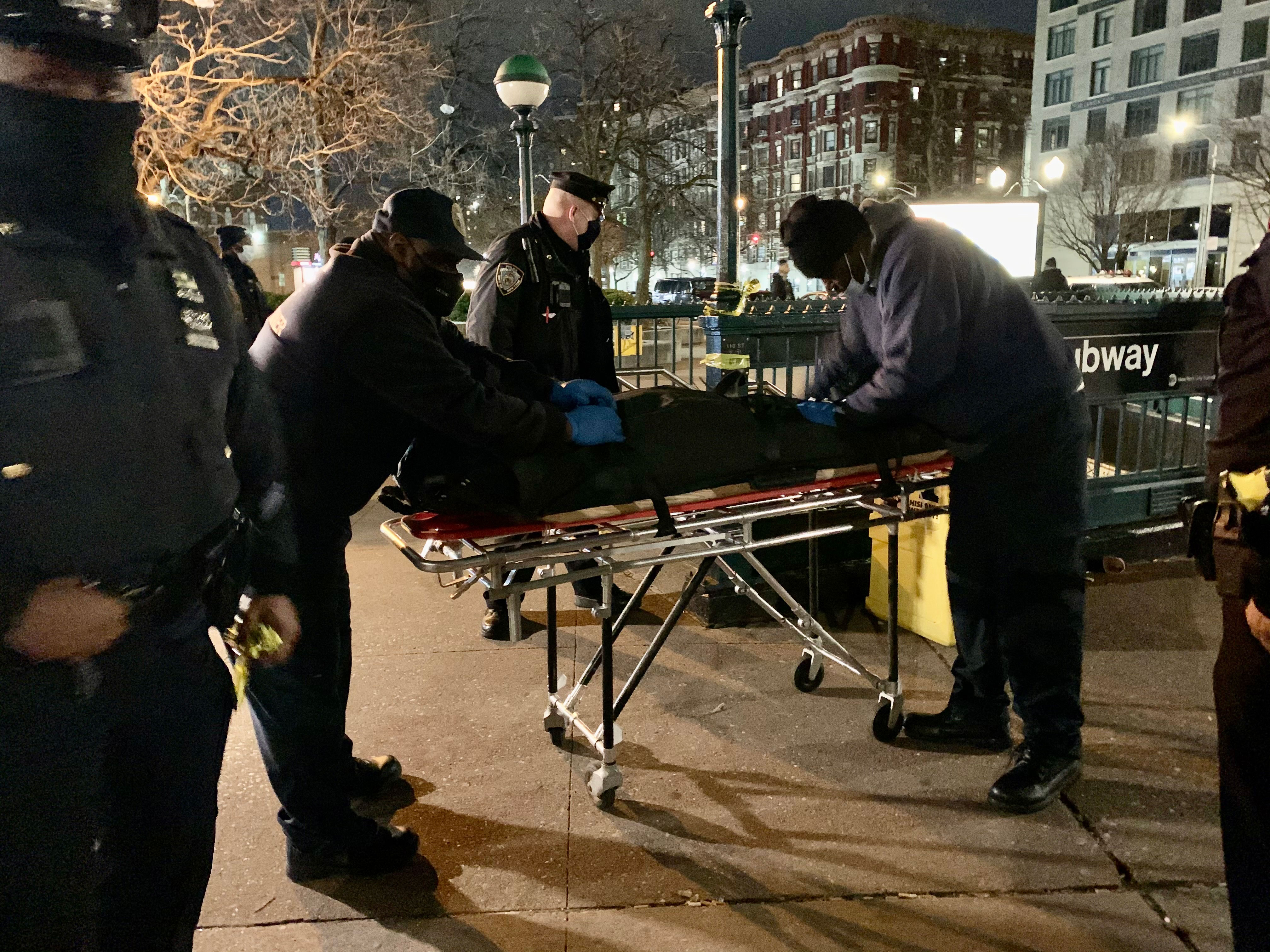 A train was pulling into the station shortly after the attack, but was able to stop before coming into contact with anyone on the tracks.

The person who was pushed into the tracks and their rescuer both sustained only minor injuries.

They were taken to St. Luke's Hospital to be treated, the Post reported.

The bizarre attack caused a suspension on the 2/3 subway lines in Manhattan, as firefighters had to briefly shut off power to the tracks.

Train service was temporarily halted between 96th Street and 148th Street in Harlem.

Service resumed shortly after 5pm, according to the MTA.