KIM Reilly fell to the floor as she listened to the doctor on the end of the phone tell her that her baby daughter's body had been buried in a mass grave with 53 other babies.

The mum-of-two, from York, had called Preston Royal Infirmary hospital after realising she had no record of what had happened to the remains of her stillborn daughter Nicole, who had tragically died 20 years earlier in 1979. 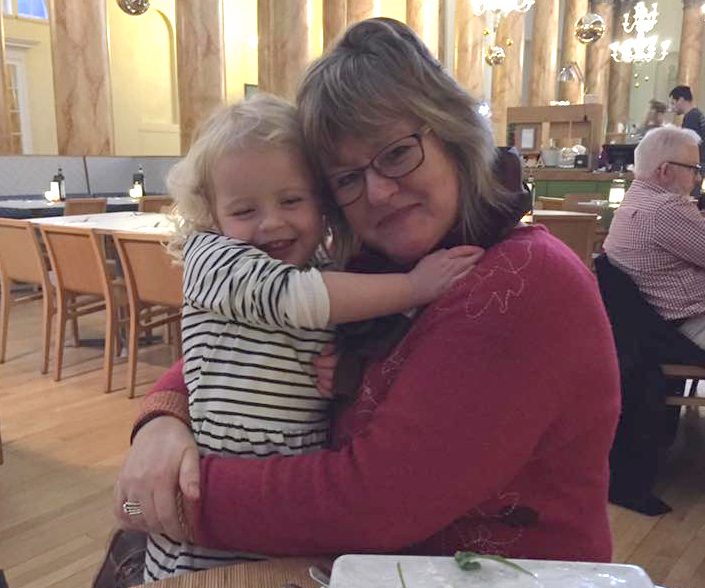 "I didn't see her, I didn't get to hold her," says Kim, who had another child almost a decade later. "It was barbaric…"

That's because for decades, it was standard practise for babies who died to be taken away from their mothers to avoid further trauma – and they weren't told where they had been buried.

"I returned to the hospital six weeks later for a post-natal check up," says Kim, now 60. "I asked about Nicole as I felt ready to bury her but they said that they had already buried her at the foot of an adult because it was the cheapest way for the hospital to do it."

But it wasn't until 20 years later that she found out the truth from the hospital – that Nicole had been buried in a mass grave with 53 other babies – and she's not alone. 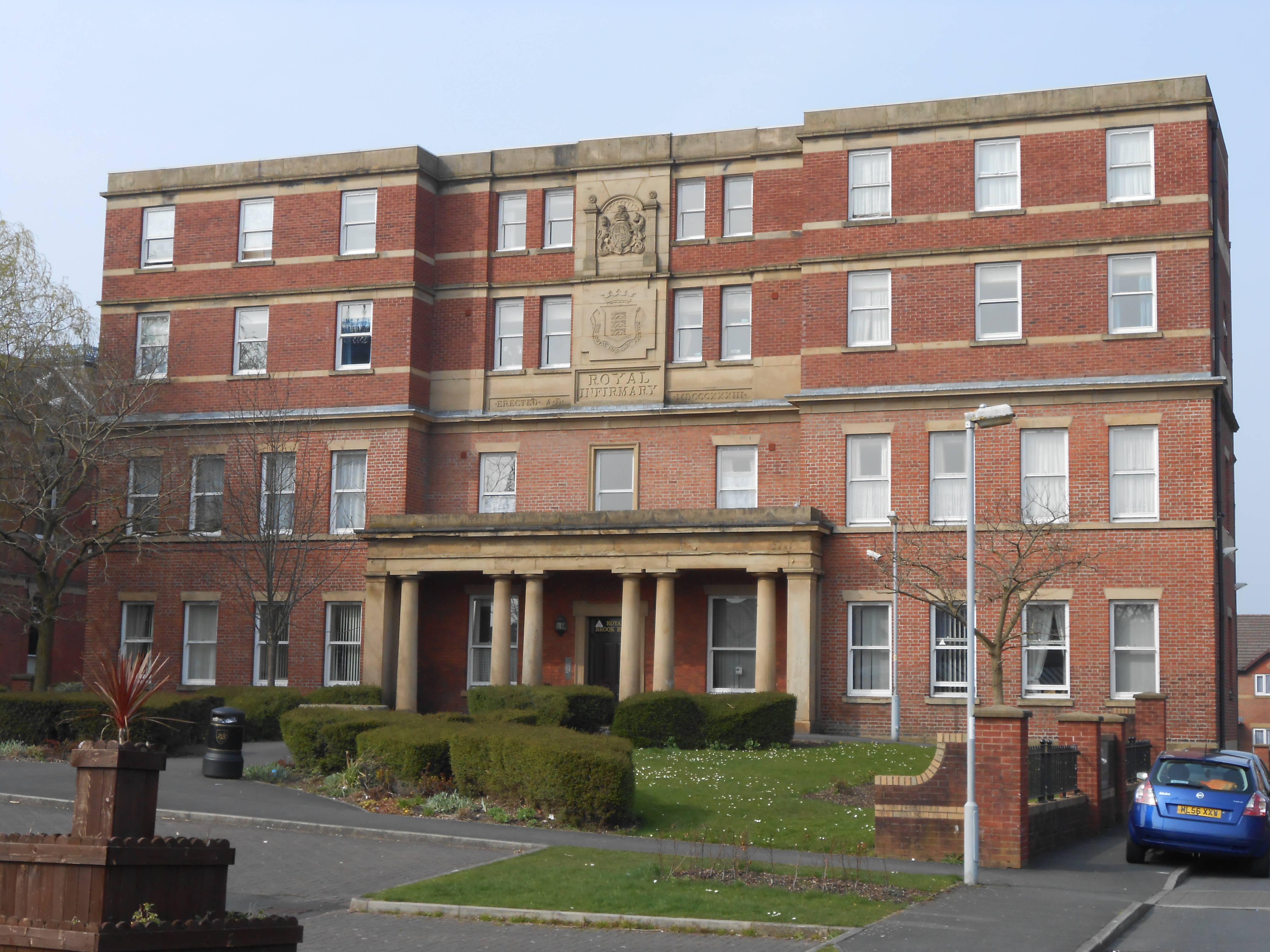 Now, 40 years on Kim and other mums like her are fighting to find out what happened to their children.

'I never saw my daughter'

The appalling treatment which Kim received was, up until as late as the 1980s, commonplace on maternity wards across the UK, and it continued in isolated cases even more recently than that..

Plans for ministers to send out letters to local authorities asking them to assist parents trying to trace their babies' remains were suggested after a parliamentary debate earlier this year, but the pandemic has delayed developments.

Now Kim works with charity SANDS to support other mothers of stillborn children – and she's even helped some find out the truth of what happened to their own lost babies. 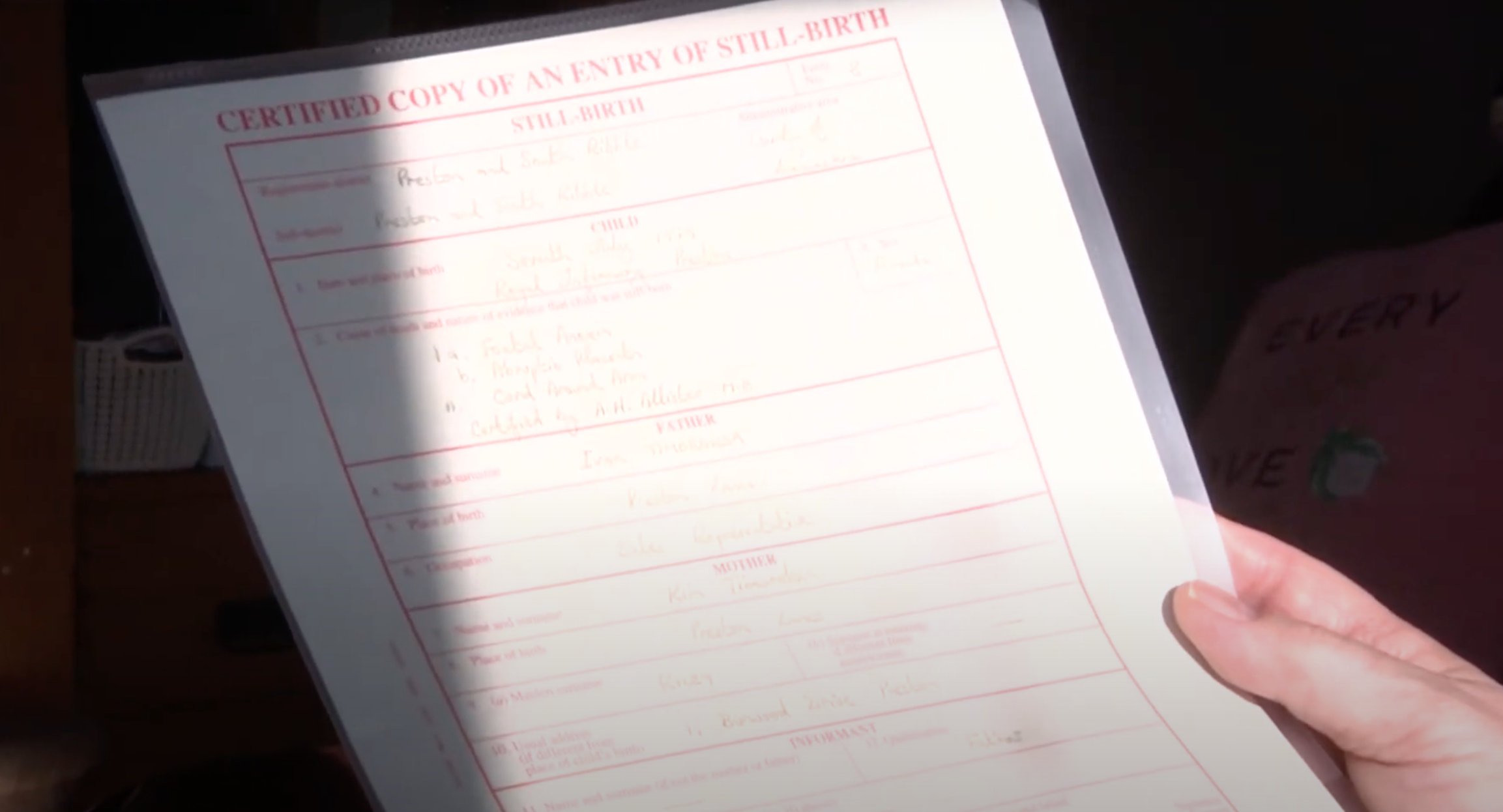 Kim's baby Nicole was stillborn after a placental abruption — where the placenta separates from the inner wall of the uterus before the baby is born."The placenta wasn’t strong enough and it had come away," Kim explains.

But after the birth, a bewildering cascade of callous practices kicked in which, at the time, were wrongly thought to help mums of stillborn kids in their grief.

The first, and most upsetting, was to take the baby away immediately.

"I don’t know what she looks like or anything. I don’t have any pictures of her." 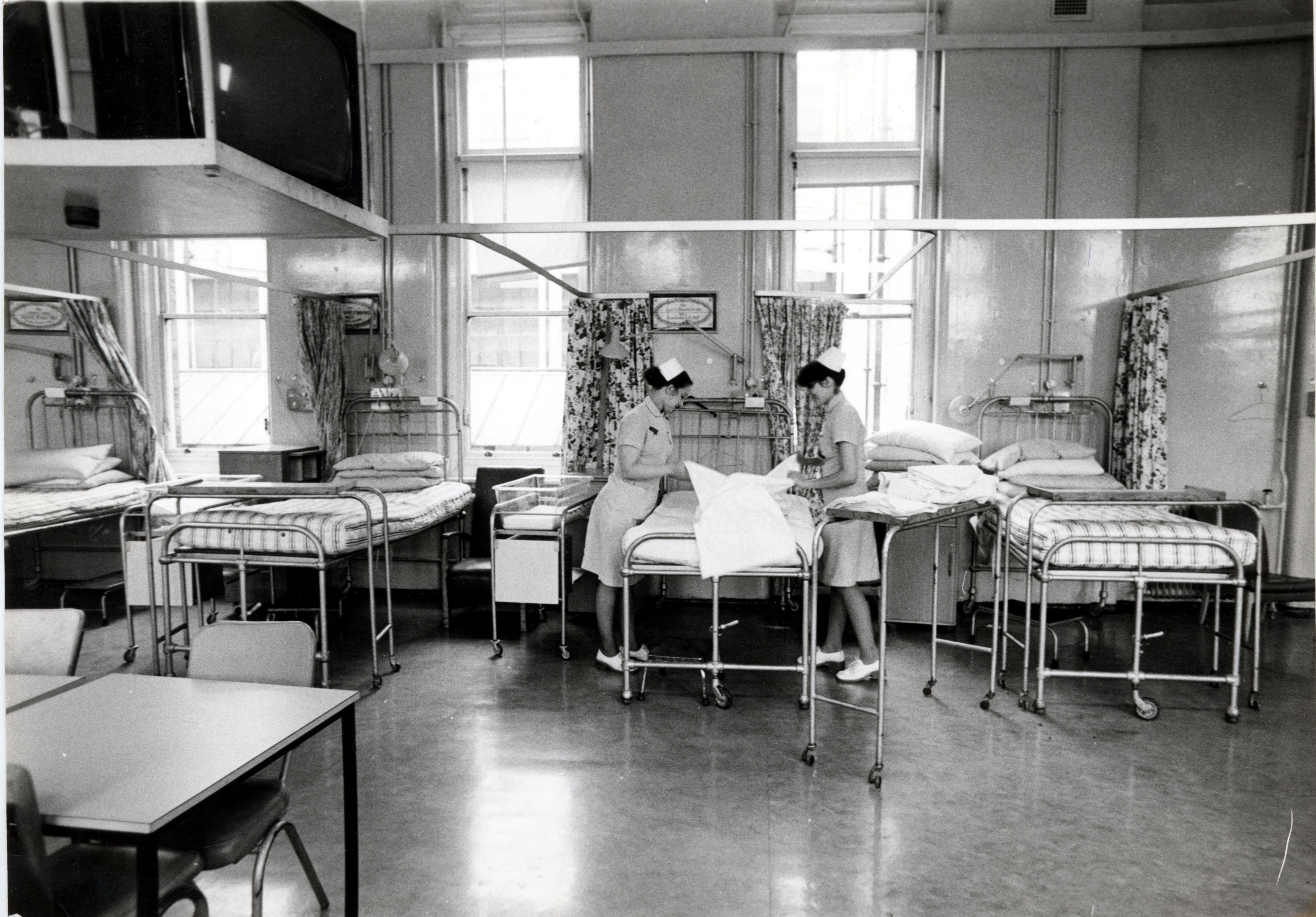 The loss of a baby wasn't regarded as a major bereavement until the mid-1980s BY WHO, so parents weren't allowed to spend time with their stillborn child.

Many mothers were even sedated after birth in a bid to help them forget what had happened.

In her grief, the coldness of the people charged with looking after her made Kim feel even worse.

"The medical profession thought you healed better by letting somebody else deal with ‘the problem’, as they put it." she says. "But to us, they weren’t problems — they were our babies.”

Kim says the attitude of doctors at the time was: "We'll see you in a year when you have another baby."

Despite the ease with which her grief was dismissed, Kim sank into a deep depression after the stillbirth.

And she had another difficulty to contend with: the taboo. 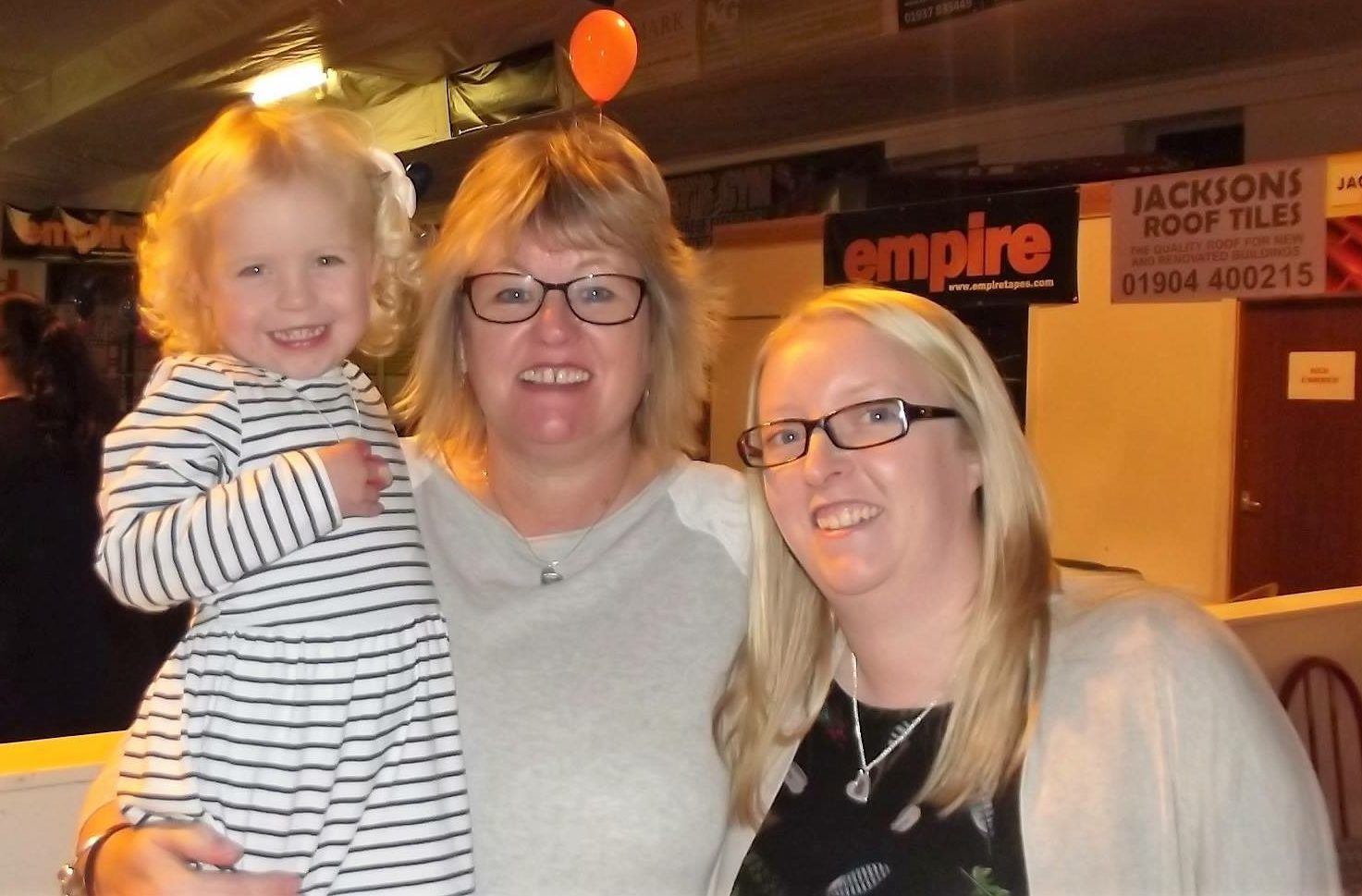 "I’d never heard of stillbirth," Kim says. "So it was a very traumatic time.”

But it wasn't just the fact that Kim had never heard of stillbirth before she had her own that was the problem.

Other people didn't talk about it, and Kim had no idea what to say.

"I remember not really getting eye-contact with people in case they asked me, ‘Oh you’ve had the baby — what did you have?’" Kim says.

"So I became very withdrawn. I remember if I did any bus journeys I always had a book so that I wouldn’t have to look at anybody because I didn’t want them to question what had happened."

Nicole's father also didn't know how to comfort Kim and, within 18 months of the stillbirth, the relationship broke down.

“I got very depressed and he didn’t know how to deal with that, and we were only a young couple," Kim says.

"If you don’t get any help to deal with that sort of a problem, you’re going to crumble aren’t you?”

Search for the dark truth

In around 2000, two decades after Nicole was born, Kim realised she had no physical record that the birth had ever happened.

It was through her request for medical records that she found where Nicole was buried — in a mass grave in Preston, not at the feet of an adult as she'd been told. 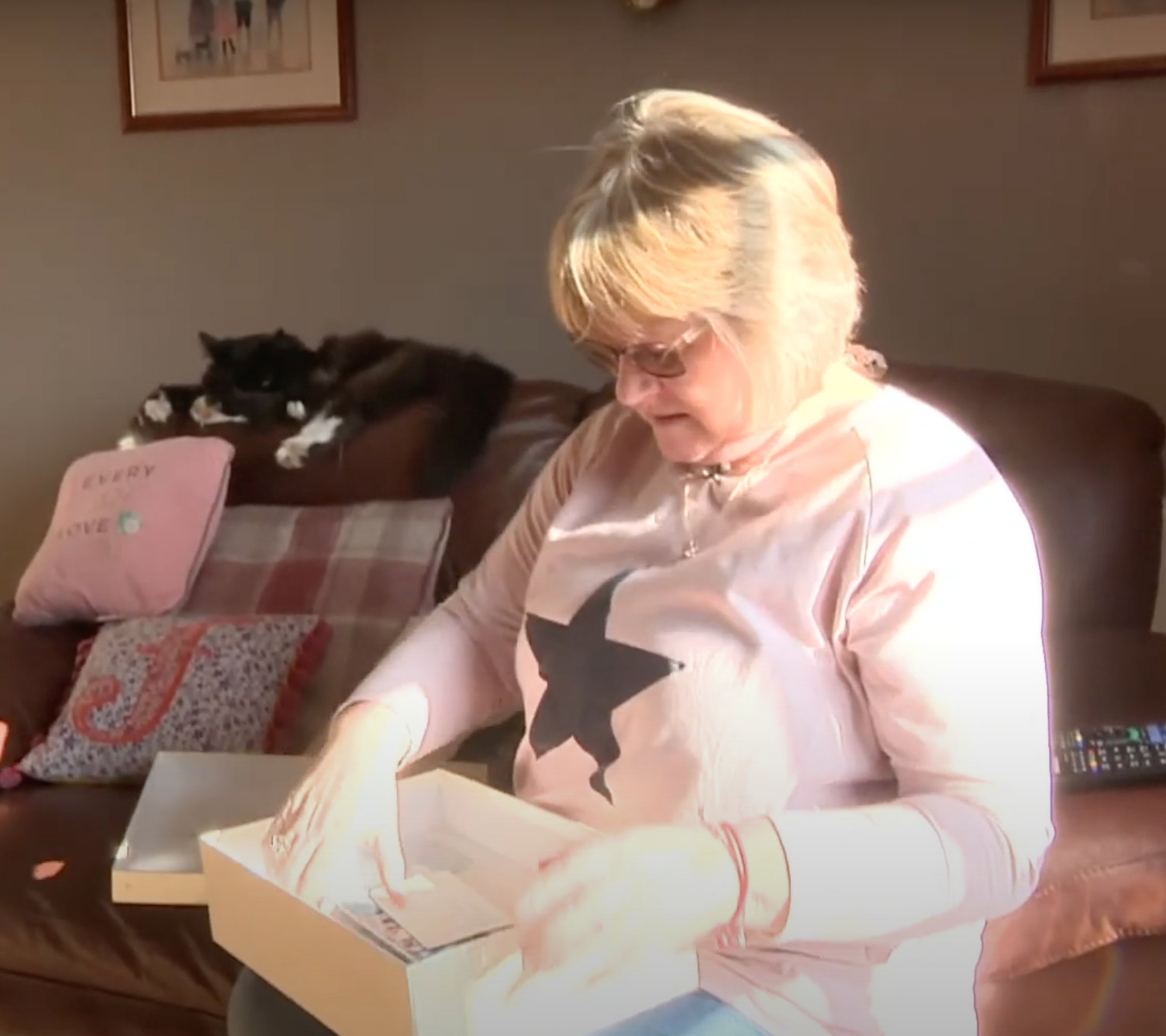 “I went back to Preston and eventually found where she was buried," Kim says.

"There was no other identification on that plot and I thought, ‘There’s maybe other parents that don’t know where their babies are buried.’”
Kim got in touch with her local paper who ran her story over the course of a year.

It was then that Kim was contacted by another woman to say she'd found her own son in similar circumstances.

I got very depressed and he didn’t know how to deal with that, and we were only a young couple

"On that day, we were told that 1,500 babies had been reunited with their parents,” Kim says.

"Some had moved away because they didn’t know where their babies were buried so there was nothing to tie them there."

The practice was a global problem, with mass graves of stillborn babies being found all over the world.

In 2018, Irishman Tony Canavan travelled to Melbourne, Australia, to hold a funeral for his daughter, Sandra, who was stillborn 50 years earlier in 1968, ABC News reports. 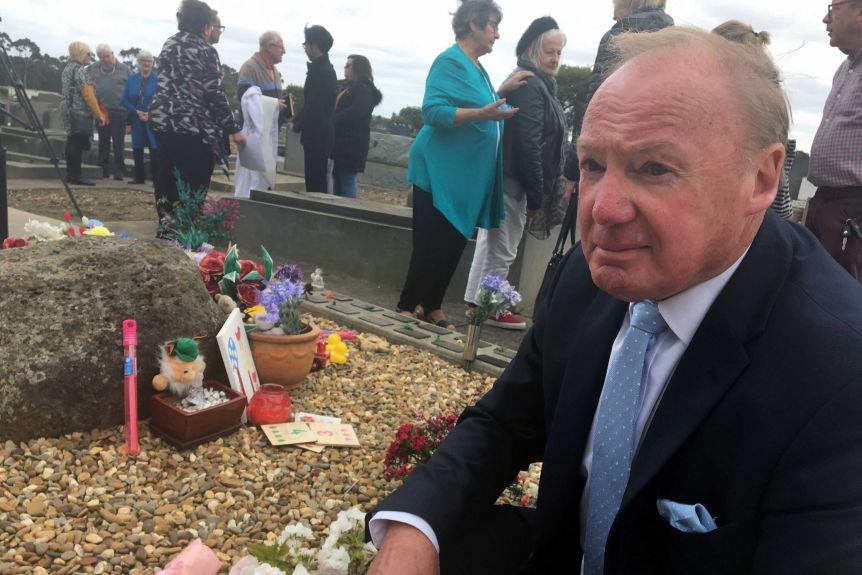 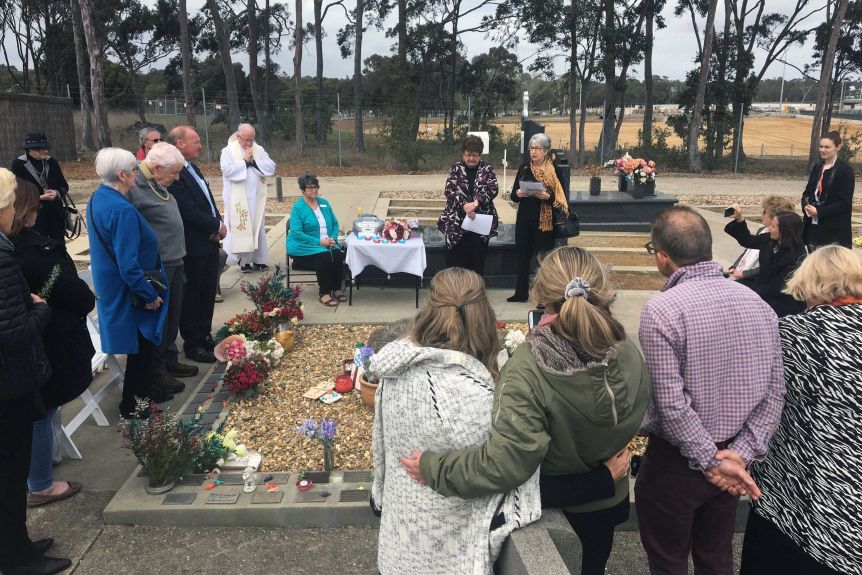 In Preston, where Nicole was buried, the babies were buried in unmarked plots all over the cemetery without their parents' knowledge over a huge span of time.

The most recent stillborn child interred in the cemetery had been born in 1992.

But one mum Kim met at the memorial day was there after tracing her son who'd been stillborn in 1945.

"She got two buses to come to the cemetery to find out where her son was buried."

Some stillborn baby mass graves have been completely abandoned altogether.

Wendy Sophola found the plot where her sister, who died in 1955, was buried was covered in brambles and branches in Plymouth, Mail Online reports.

The site contained the remains of 41 stillborn babies, but it had become completely inaccessible. 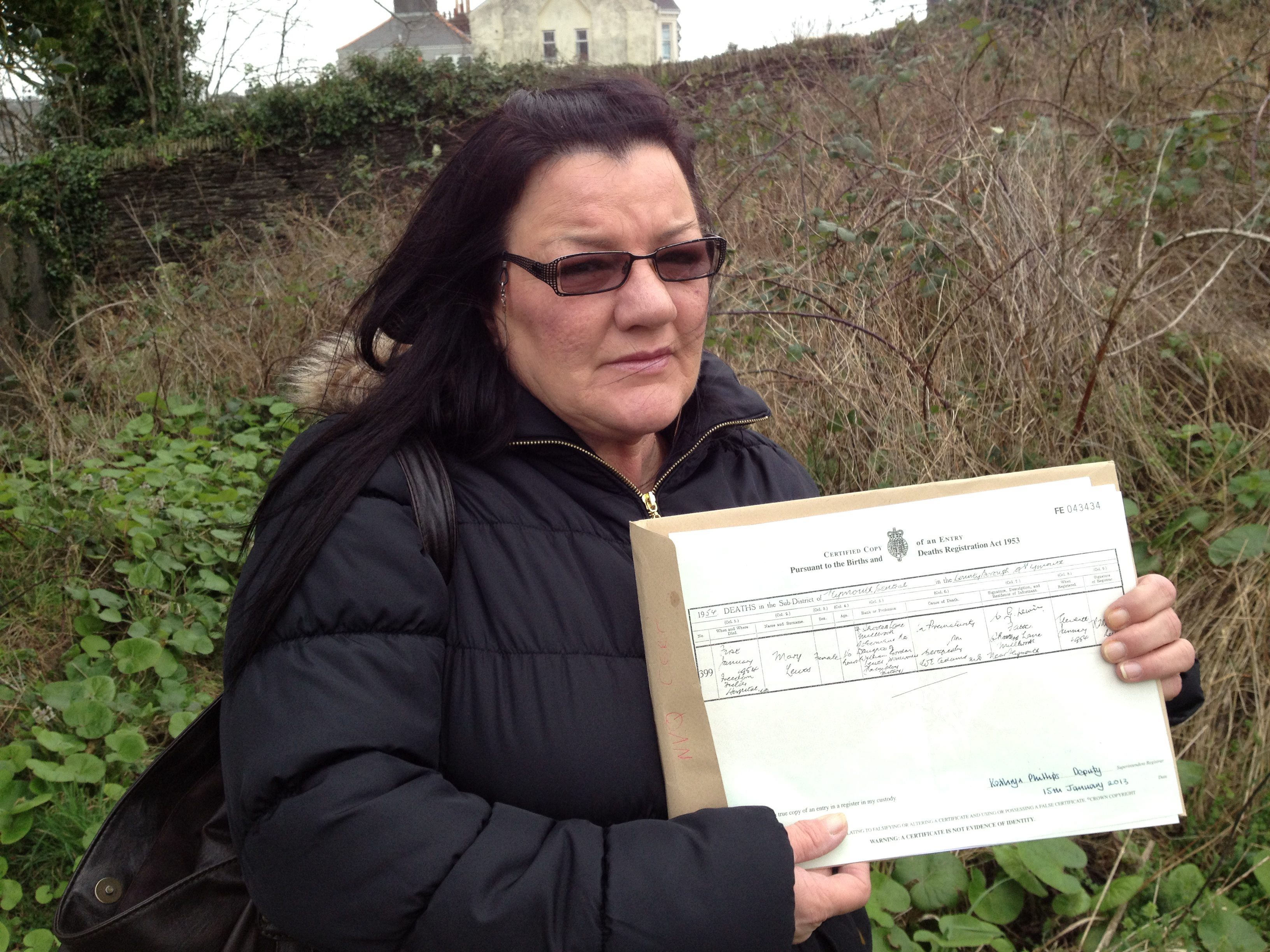 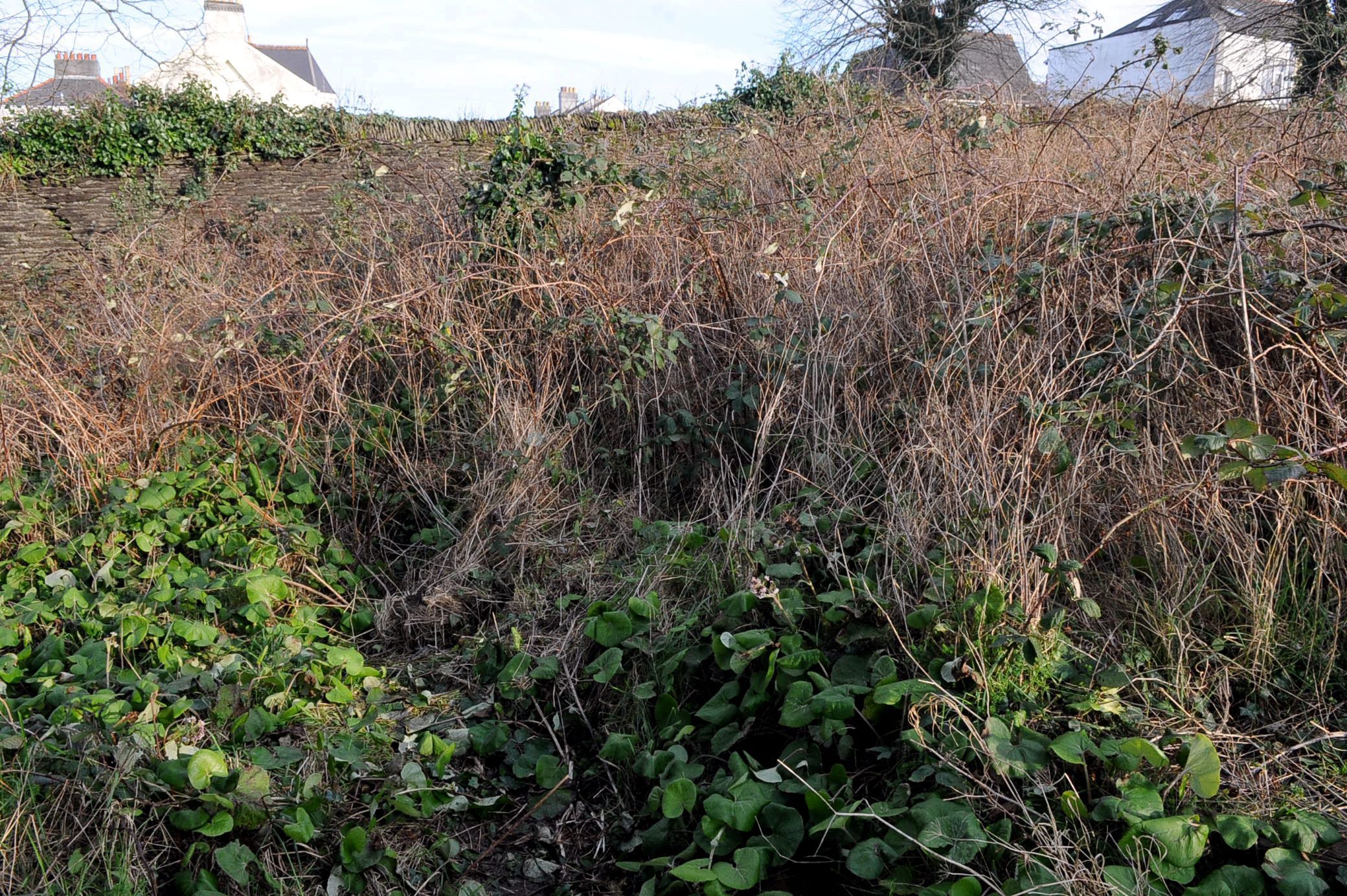 At the Preston memorial service, a vicar came to bless all of the children and a local stonemason kindly offered to make simple headstones for the bereaved parents.

As the hospital had buried the babies, they owned the land, meaning parents weren't allowed to put their own headstones over their children's graves.

Kim is now a proud grandmother of six-year-old Freya Nicole, who was named in honour of her Kim's first child. 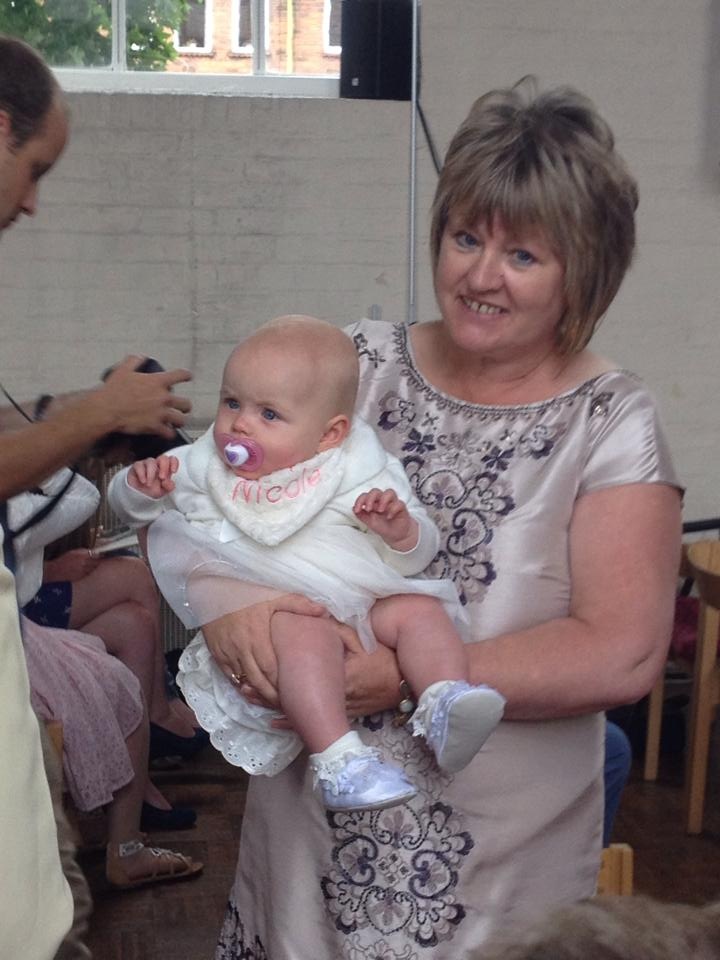 Although Kristie's birth was a success, Kim says she felt "utter fear" in the lead up to the due date.

Kim, who works as a carer for the elderly, now helps other bereaved mums through her work with the Stillbirth and Neonatal Death Society (Sands) in York.

She hasn't been able to go into hospitals in recent weeks because of the pandemic, but has been offering support over the phone and in other ways.

"I do home visits for ladies that have lost babies and the first thing I say to them is, ‘Have you got any photos? Can I have a look?’" Kim says.

"Other people find that very macabre, don’t they? ‘Why would you want to look at them?’ Because it’s their baby.

“In our local hospital in York, we have two bereavement rooms where families can go and stay with the babies and they can bathe them, they can dress them, they can photograph them. 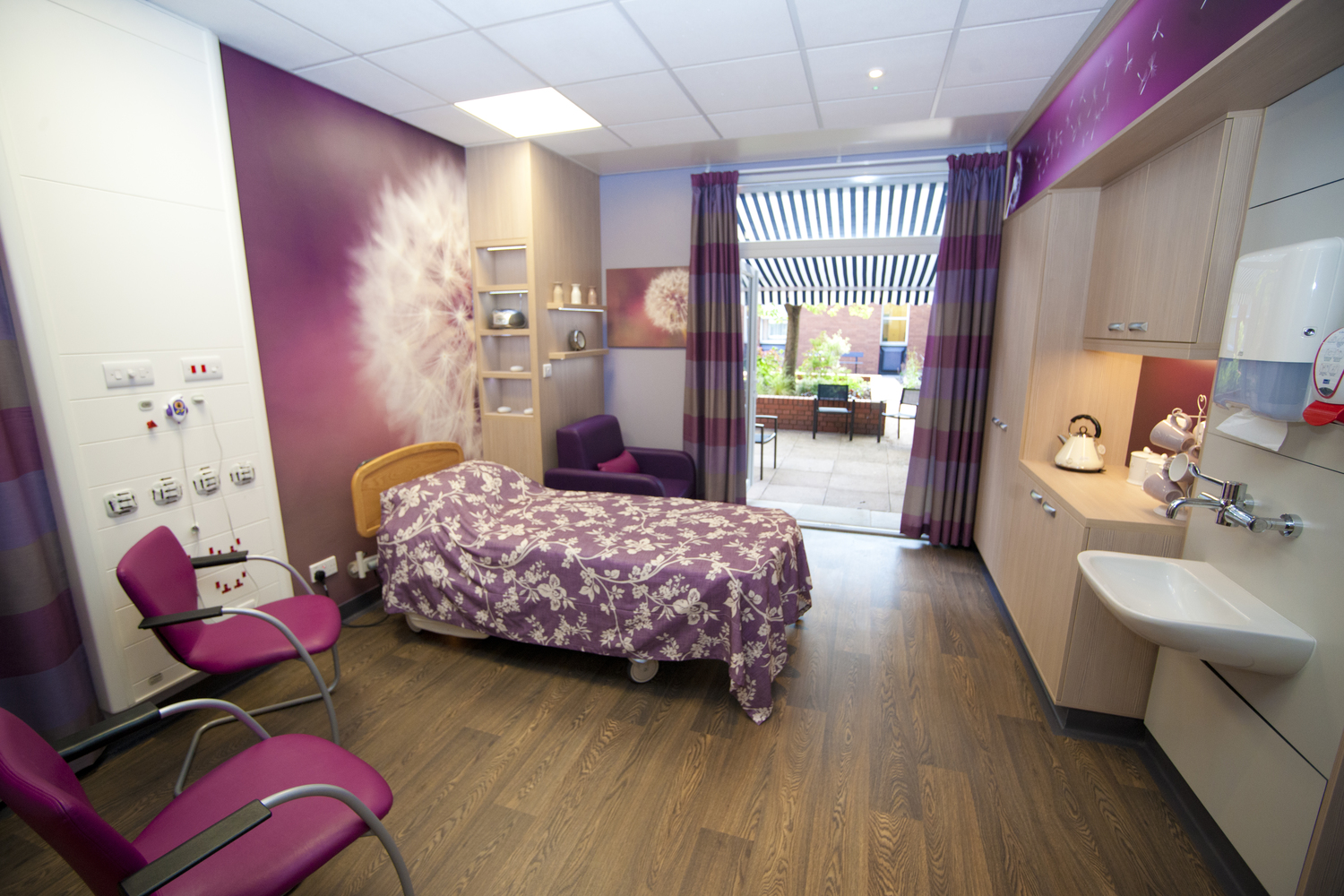 "They have a team of charity photographers who come in and take photos and it’s all for free.
“A lot of the ladies will say, ‘All of this enables us to make a bad situation good’.

"It’s bearable because you’re coming away with a memory box."

The issue of historical stillbirths was debated in Parliament in March to see what the Government can do to help support parents of stillborn children find out what happened to their babies.

Nadine Dorries, Minister of State for Mental Health, Suicide Prevention and Patient Safety, said evidence of mass graves like the one Nicole was buried in have been found in the last 20 years in Lancashire, Devon, Middlesbrough and Huddersfield.

The pandemic has meant plans for the letters have been temporarily paused, although hospitals and councils are expected to provide as much information as they have available about stillborn babies to parents who enquire, no matter how long ago they died. 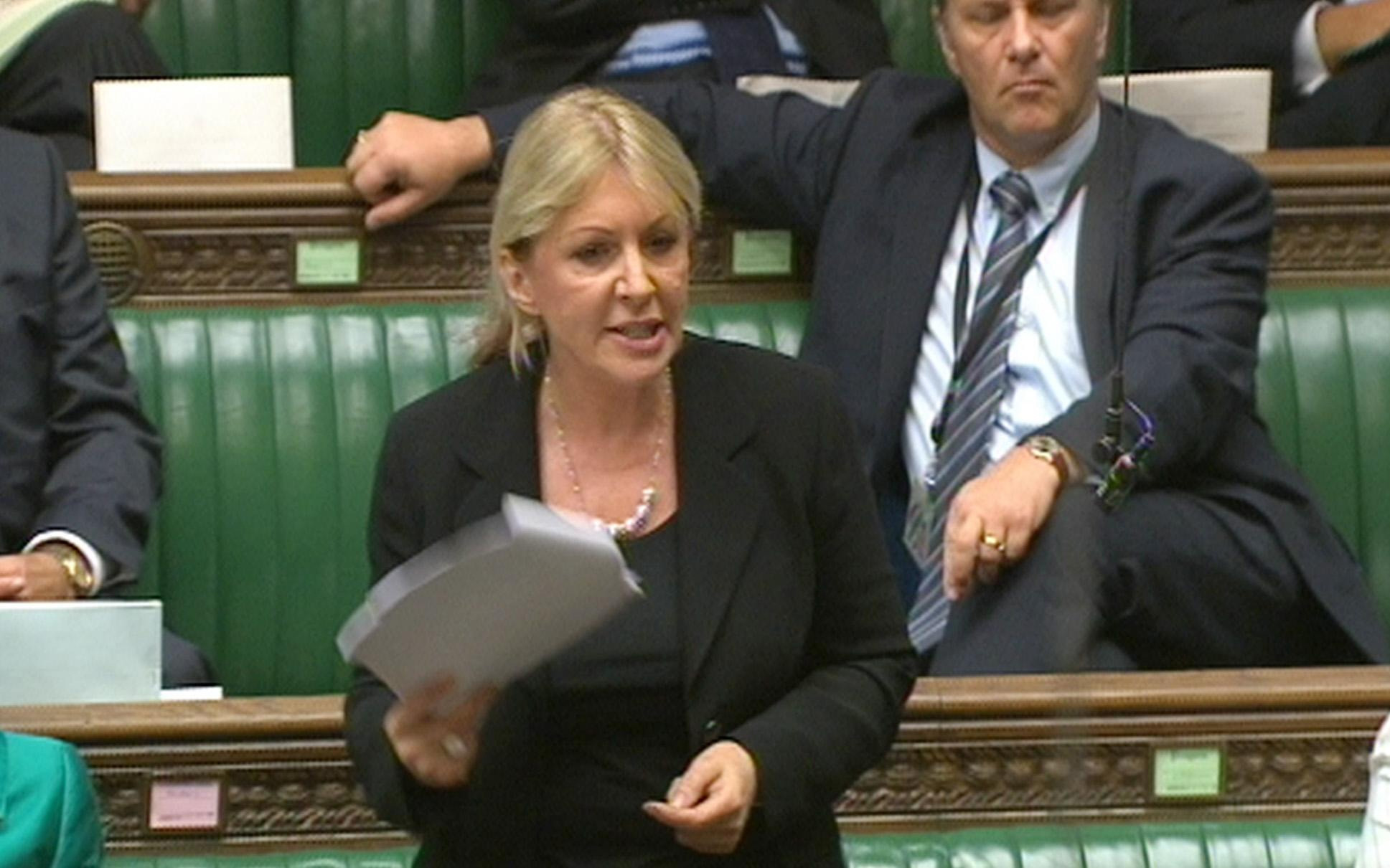 Speaking in the debate, Labour MP Carolyn Harris, told how her own mum had a sudden and unexpected stillborn daughter in 1958.

"Until her dying day, my mother believed that my sister had been buried with an elderly woman, but I honestly do not know if that was a fact or if it was a story that she had invented to comfort herself and over the years had come to believe as the truth," Harris told the House.

She added: "Surely there must be a way of sharing information about where these babies are buried, whether from council records or hospital maternity units, undertakers, crematoriums or cemeteries."

For her own part, Kim remains optimistic that more babies will be found, and our treatment of parents with stillborn children will continue to improve.

“All I can say is thankfully we’ve moved forward and we deal with things differently now and we recognise it’s all about people’s wellbeing and mental health, and we recognise that things need to change," Kim says.

"Thankfully, we’re changing all the time."

Sands (stillbirth and neonatal death charity) supports anyone affected by the death of a baby. Call their Freephone helpline on 0808 164 3332, email: [email protected] or visit: www.sands.org.uk

Related posts:
Frontline’s ‘The Choice 2020: Trump vs. Biden’ Reveals How Candidates Early Crises Shaped The Rest Of Their Lives
Putting a lower value on older lives is unethical
Popular News
Ex-Happy Mondays manager held over £80million drugs ring catches Covid in jail
31/10/2020
Man Utd wonderkid Ramon Calliste, called ‘the next Giggs’, now owns luxury watch business and makes £5m a year – The Sun
26/03/2020
Megan Thee Stallion Addresses Criticism Over Twerking: ‘I Love to Shake My A**’
26/03/2020
Police guard shops to stop coronavirus panic-buyers and enforce social distancing – The Sun
26/03/2020
Coronavirus: Good Morning Britain’s Dr Hilary reveals ‘game-changing’ self-testing kit
26/03/2020
Recent Posts
This website uses cookies to improve your user experience and to provide you with advertisements that are relevant to your interests. By continuing to browse the site you are agreeing to our use of cookies.Ok