A MUSLIM mother has warned "political Islam" has "joined with the radical left in hijacking our schools" after graduates were told to remember "jihad".

Asra Nomani said a speech by Abrar Omeish is "indicative of this radicalization that is happening within school boards and school districts and schools across the country" and should be a "wake up call." 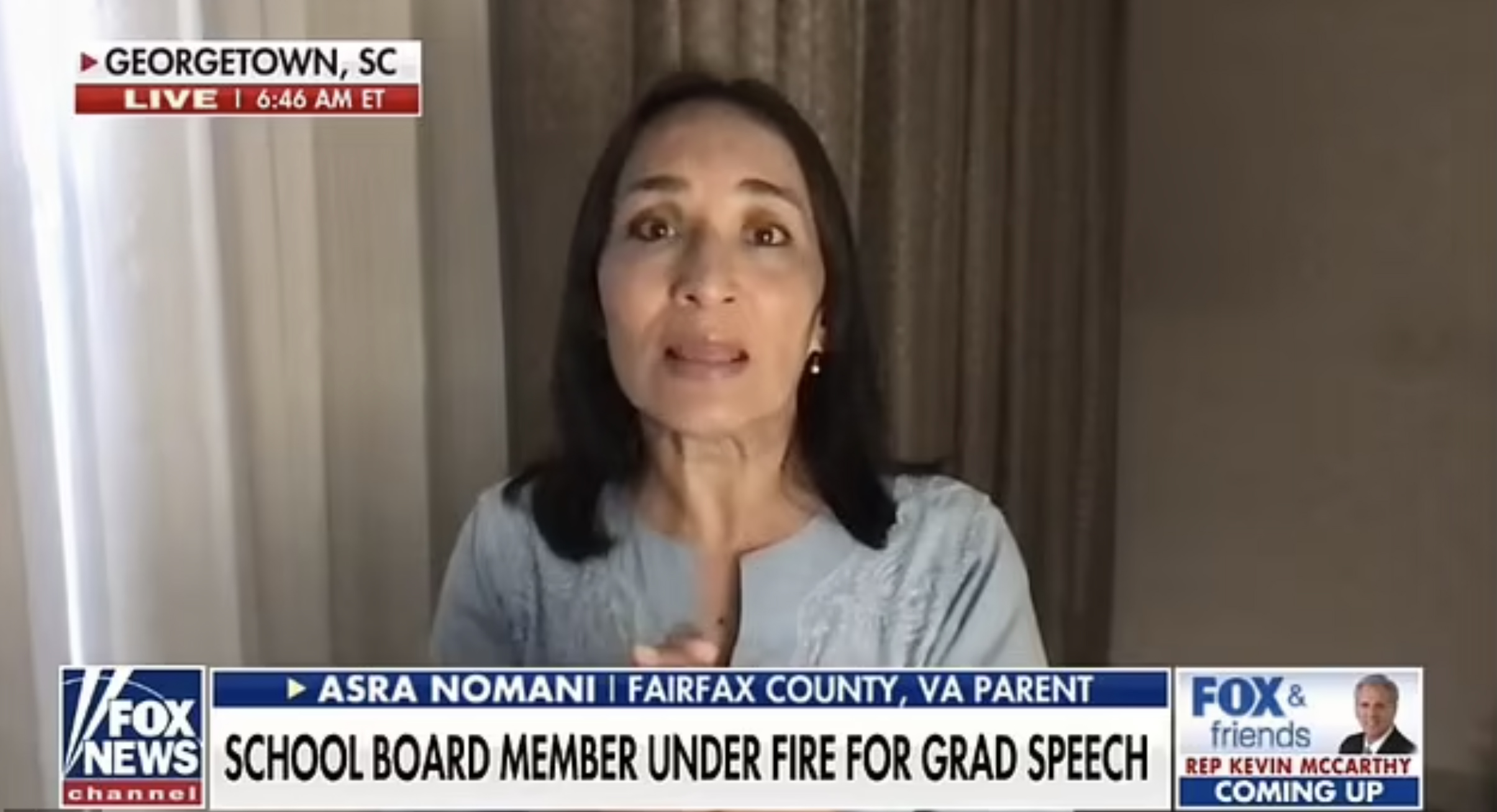 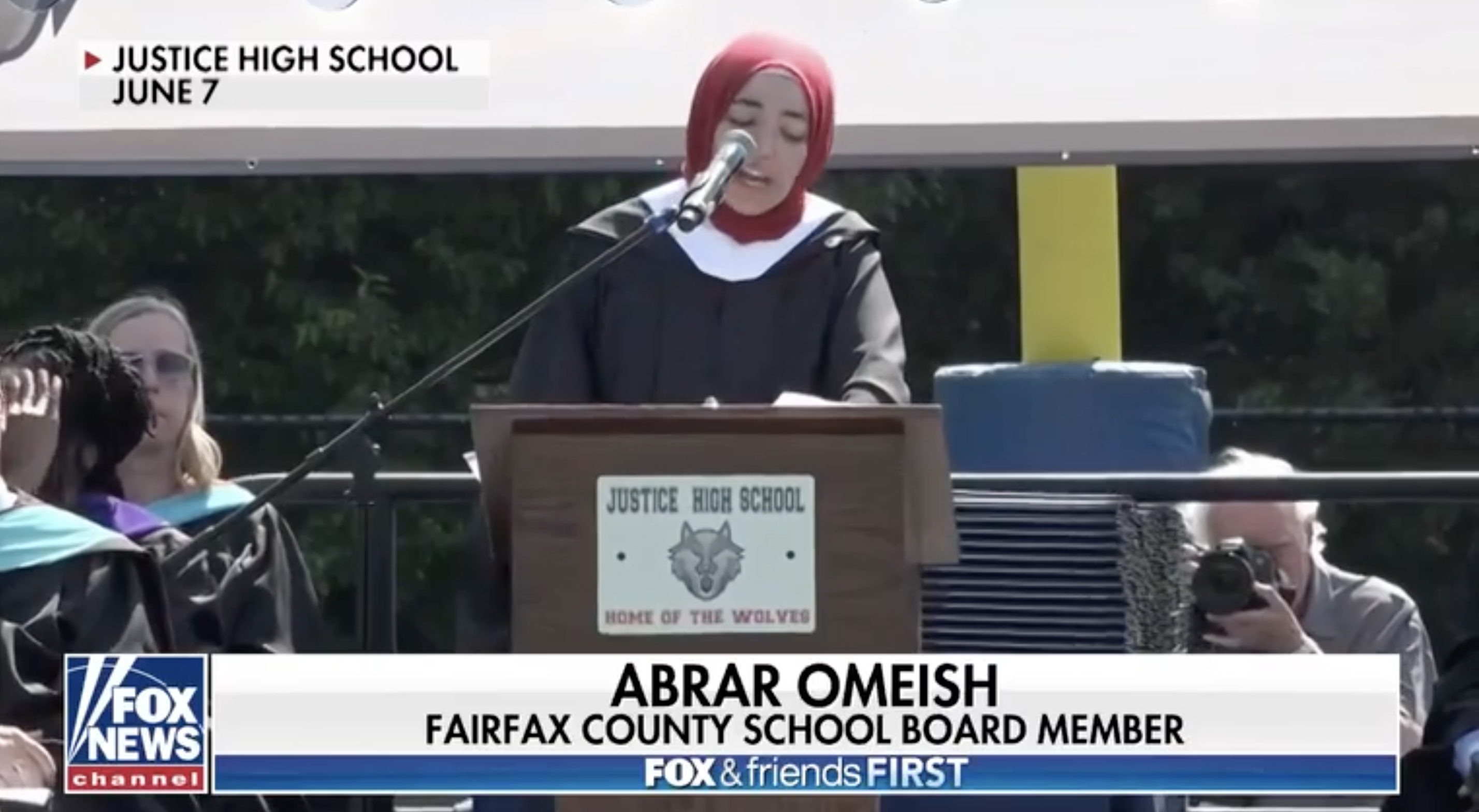 Nomani told Fox News on Tuesday: "It's something parents in Fairfax County, Virginia are very alarmed about…this is a wake-up call to everyone across the country that they've got to be vigilant in our school districts."

She added: "Omeish, I know her very well, I'm also a Muslim.

"Her father and the elders of the community that brought her to office are part of this network of political Islam in America that has joined together with the far left in order to create a trojan horse to basically hijack our schools with their radical ideology." 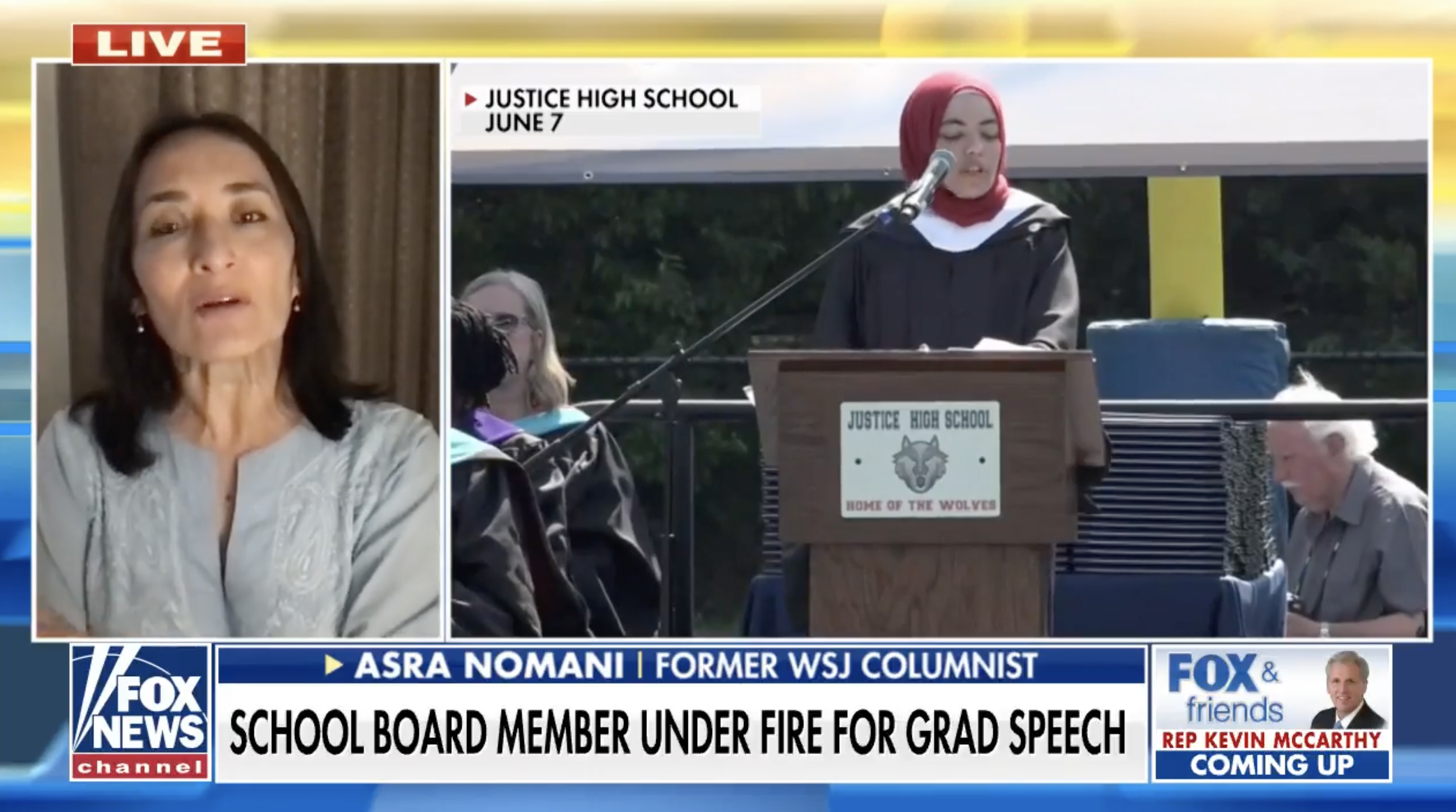 Omeish, a member of the Fairfax County School Board in Virginia, addressed students on June 7, telling them they were entering a world ruled by "white supremacy".

Parent Gary Aiken said: "I think it's important for your viewers to know that Abrar Omeish’s comments here are incendiary comments, are not the first example of divisive and anti-Semitic rhetoric.

"And this caused huge outrage among over 250,000 Jewish Americans here in Northern Virginia and it sparked outrage across all political lines and there were calls for her to apologize.

"She offered no apology. She doubled down on it," he added.

Omeish told the students in English: "The world sees the accolade, the diploma the fruit of all your years yet be reminded of your struggle."

But when she repeated the speech in Arabic, she warned the pupils to remember the word "Jihad" – which means holy war in Islam. It also means a crusade for a principle.

Omeish warned the class that they were entering a world ruled by “white supremacy and capitalism”, MailOnline reports.

In her speech, she told students: "We struggle with human greed, racism, extreme versions of individualism and capitalism, white supremacy growing wealth gaps, disease, climate change, extreme poverty amidst luxury and waste right next door and the list goes on.

"The world may try to quiet you by deciding for you what's cool, what's weird, what is or isn't objective.

"It may try to convince you that what you hold dear is too different to be accepted. But who gets to decide.

"You are walking into a world that will be uncomfortable when you seek to cause good trouble. And that may seek to intimidate you or make you think the truth is controversial." 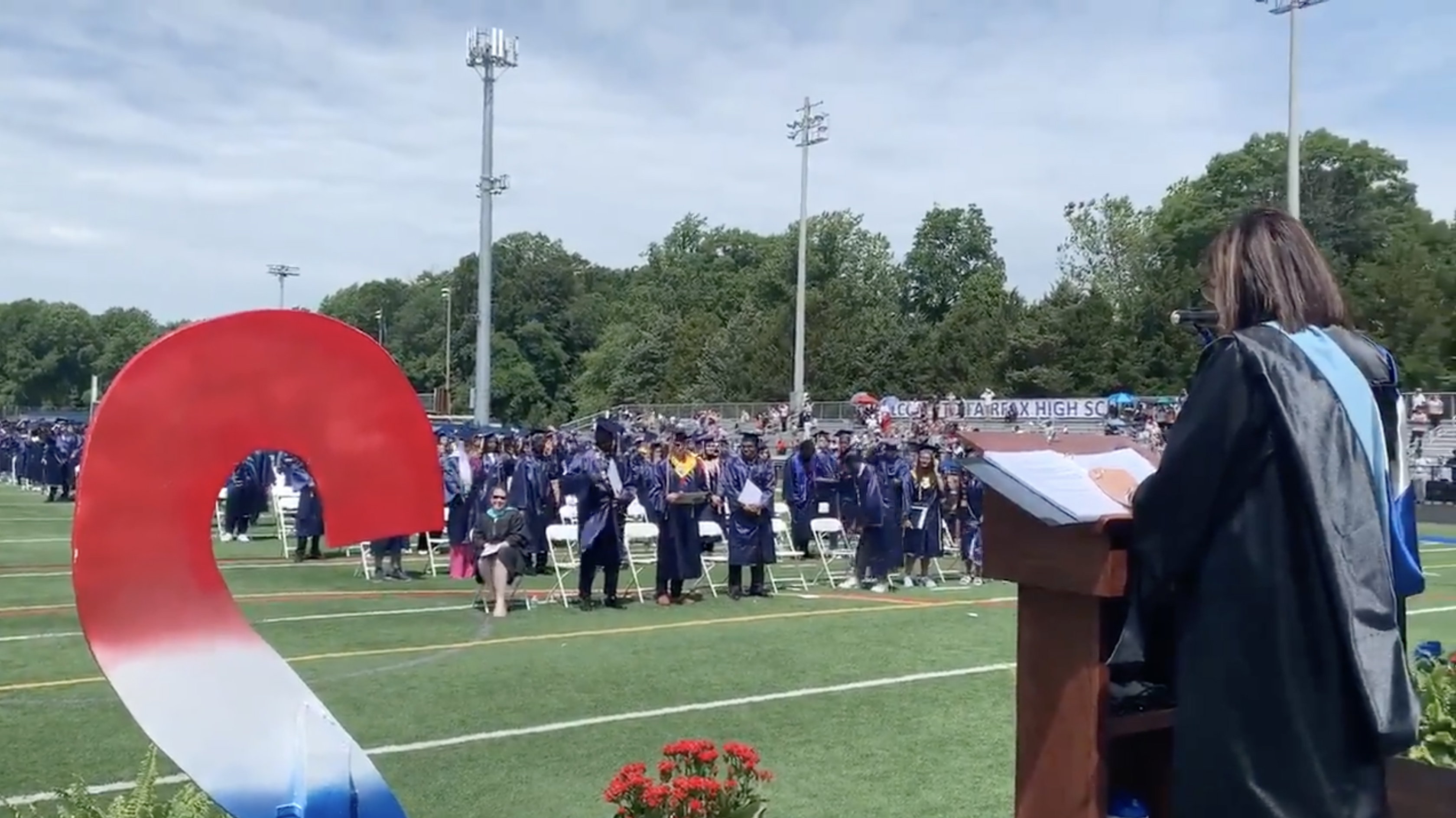 Omeish was elected on to the school board in November 2019 aged 24.

But, she faced calls to resign from the Fairfax County Republican Committee after she posted a tweet attacking Israel.

Last month, she said: “Hurts my heart to celebrate while Israel kills Palestinians and desecrates the Holy Land right now.”

Omeish, who was the first Muslim woman to be elected on to the school board, felt she had to speak out against the violence, Reston Now reports.

She said at the time: “Being the only Muslim voice, I felt tremendous pressure and it’s not like I didn’t anticipate backlash.”

The committee chair called for Omeish to resign and backed a parent-led campaign to recall her.

Melanie Meren said she was “aghast” and “appalled” as she branded Omeish’s remarks “alienating” to the community.

The school board member alleged she was a victim of “police brutality” in March 2019 after she was stopped by cops for turning right on a red light.

She claimed she was dragged and pepper-sprayed from her car and forced to remove her headscarf, The Washington Post reports.

In 2017, Fairfax school board voted to change the name of the high school from J.E.B Stuart High School to Justice High School.

Jeb Stuart, of Virginia, was a former Confederate States Army general during the American Civil War.

Stuart died during the Battle of Chancellorsville in 1864.

A petition on Change.Org to change the school name reached almost 40,000 signatures.

Over 70 percent of the students at the school come from a Hispanic, black, Asian, or multiracial background, according to The Washington Post.

Board members voted 7 to 2 to change the name.

A Fairfax County School Board spokesperson told The Sun: "Individual School Board members have a First Amendment right to share their personal views at any public event at which they are invited to speak.

"Their personal opinions do not reflect or represent the views of the Fairfax County School Board or the school division."