A MUM branded "selfish" by local residents for abandoning her huge 4×4 across their driveways has claimed she's innocent and has been mistaken for another driver.

Izabela Sczepanska, 40, has been accused of causing misery in a quiet Derby street by blocking driveways with her white Land Rover Discovery twice a day for up to 45 minutes at a time. 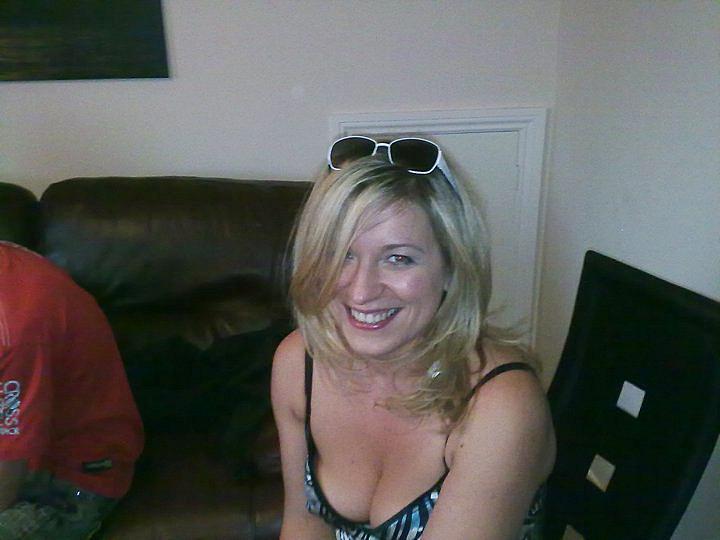 The former childminder has ignored pleas from desperate locals who claim she is "endangering lives" – all so she can drop off her son at Stenson Fields Primary Community School, despite living minutes around the corner.

But she claims the culprit may be another driver, despite a series of damning photographs showing her car parked in front of driveways and even blocking roads. 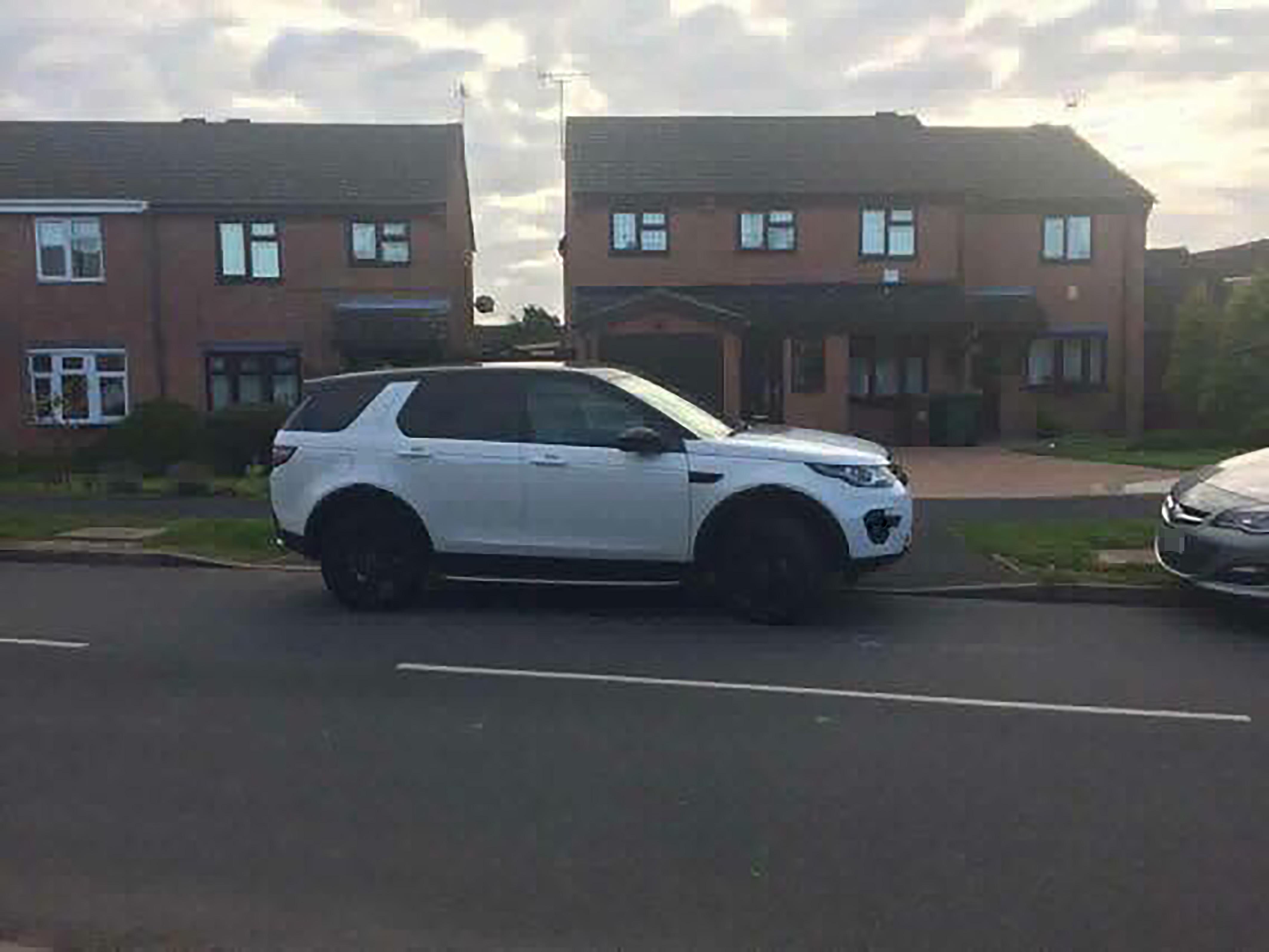 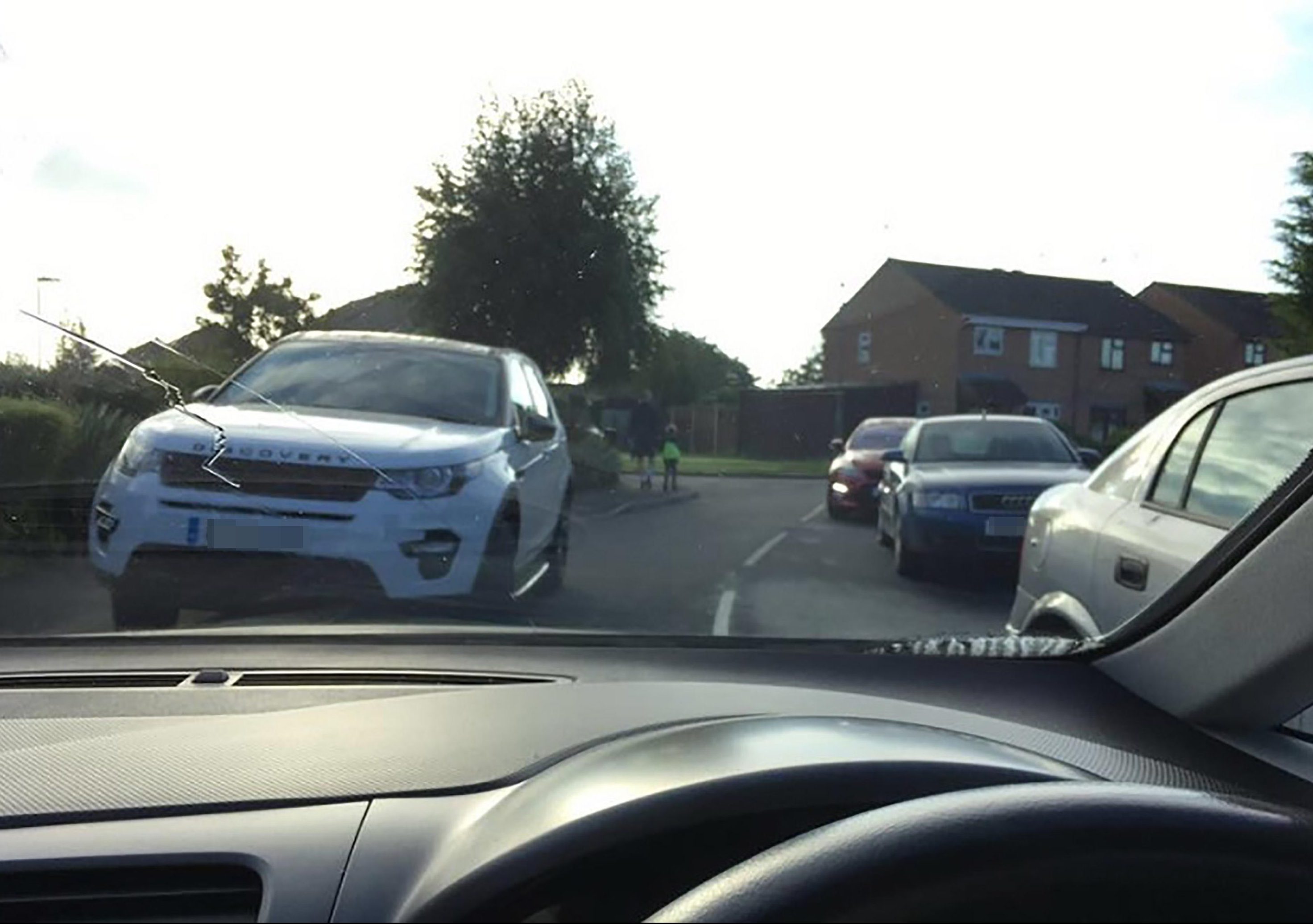 Ms Szczepanska said: "I parked a few times but nowhere that they accuse me of.

"Maybe they mistook me for another driver.

"I’m sorry if I caused residents any issues."

She added: "'No one has told me or come to my house telling [me] that I blocked someone. Just because my car is white and stands out does not mean I am at fault."

But despite protesting her innocence her partner Kully Singh, 47, admitted she uses the Land Rover to drop off her son at school – and says he'll ensure she walks him to school in future.

He told the Daily Mail: "I'll make sure she walks from now on. She can walk it to be honest. I'll tell her to walk it once she sees the story."

He said her erratic parking was probably because "she used to be a childminder with about 15 kids to drop off at different schools" and that she is currently in Poland "getting her teeth done".

He added: "It's not because she wants to do it, it's just that she's in a rush. She used to do the school run for parents who didn't have cars.

"I've picked (our son) up twice and seen the parking there, it's not good. I've seen loads of cars parked like that, maybe it's because her car stands out it's more noticeable." 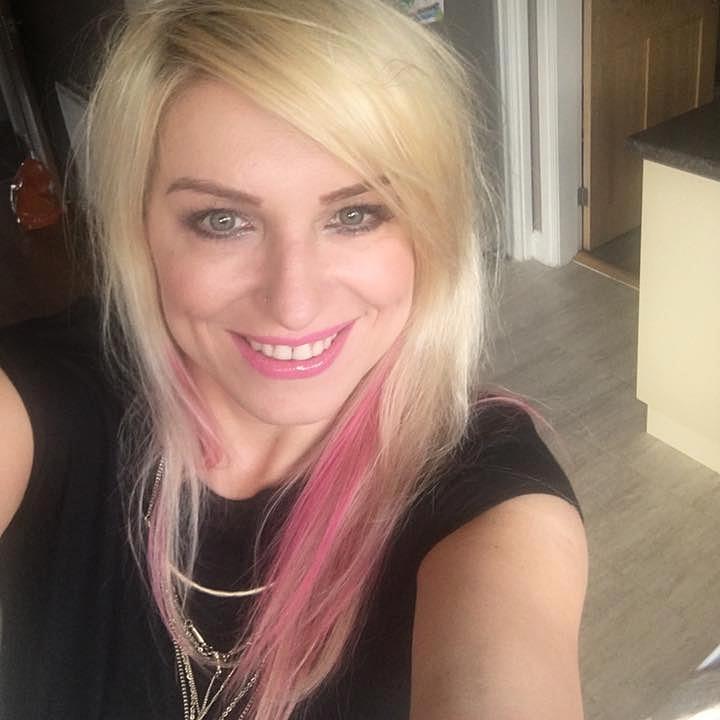 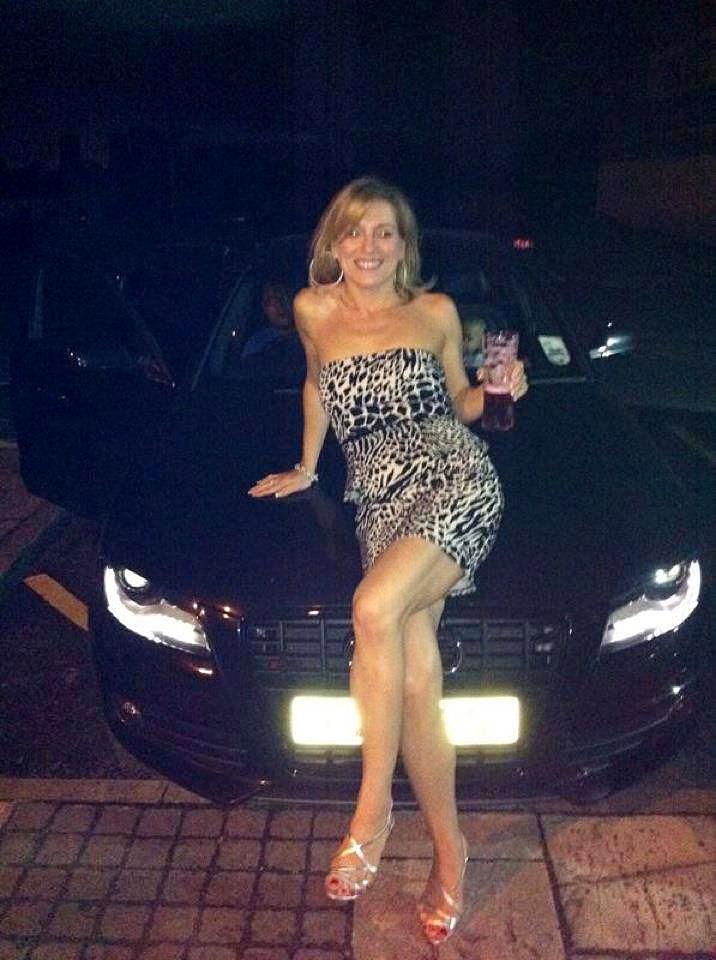 Benjamin Broadhurst, 34, is fed up with Izabela's parking and has hit out at the driver who he says is rude and claims she can park where she likes – despite blocking driveways, causing traffic congestion and forcing pedestrians to walk on the road in the process.

She could use the nearby Asda car park or pub, both provided by the school for parking but says she is entitles to park wherever she wants.

The former soldier says the woman is "endangering lives" and has "no regard for anybody else other than herself".

Benjamin, now a property engineer and neighbourhood watch coordinator, said: "She's endangering lives. And that's not an exaggeration. The way she parks for example, other vehicles have to swerve out around her.

"She has no regard for anybody else other than herself. She's selfish. She has a bigger vehicle than everybody else so she can park where she wants, the way she wants.

"There have a been a few interesting exchanges of words between people. Mainly the people dropping their kids off. I've heard people try to talk to her but she just shuts the window and drives off.

"She has the, 'I can park where I want because there aren't any parking restrictions' conversation.

"Her children will see her mouthing off at other people, giving them abuse and they'll think, 'Oh, that's fine, my mum does it, I can do it'. 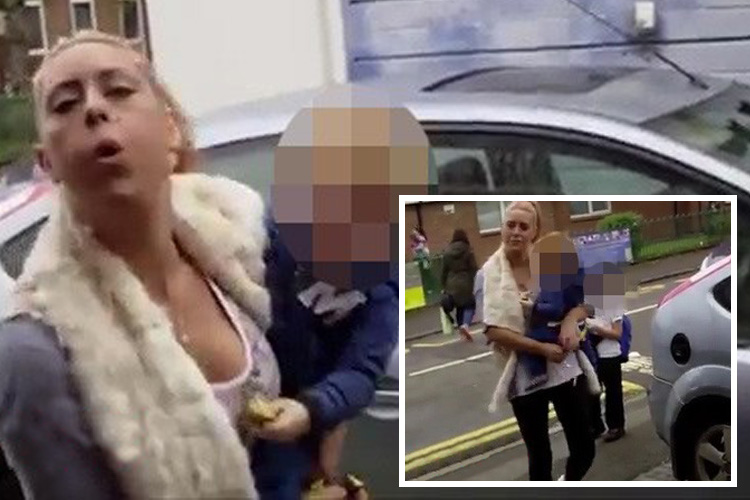 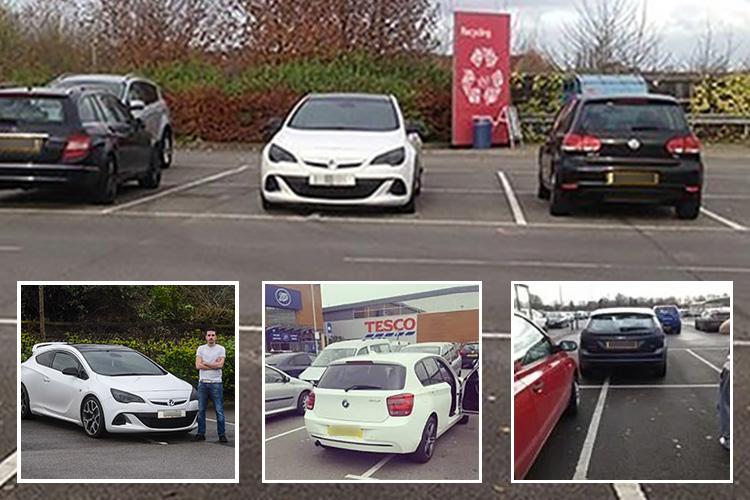 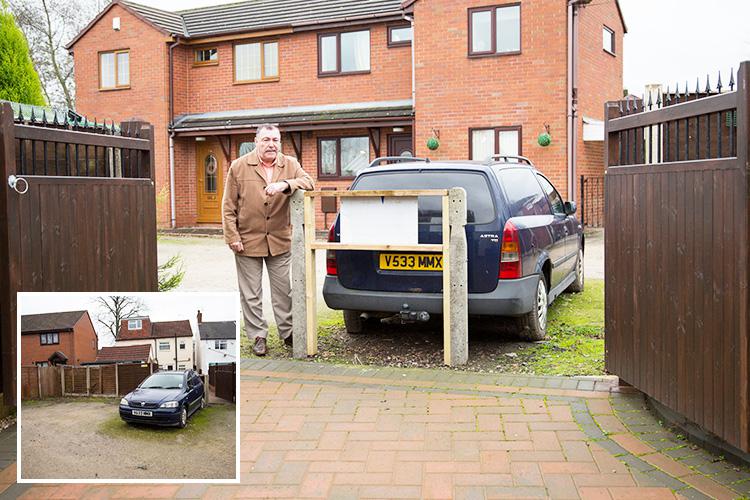 WHAT A LOAD OF BOLLARDS!

Homeowner left fuming as 'no parking' concrete posts are put up in front of his new £5,000 driveway 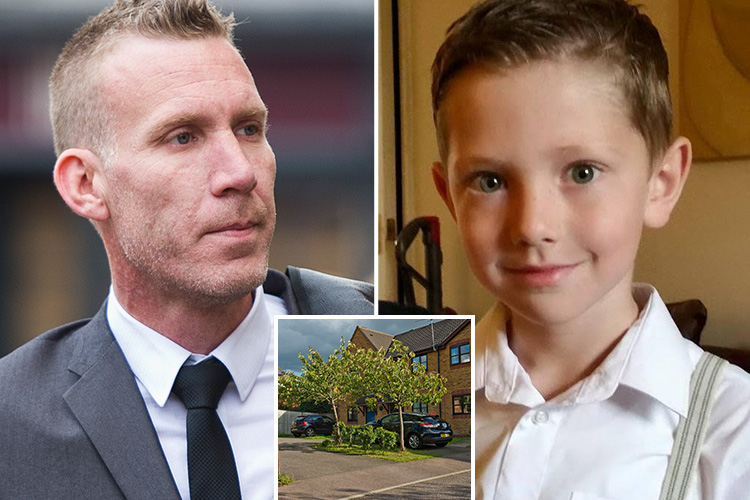 'HE WAS MAKING A POINT'

"We've got more and more cars turning up and when the school has finished the extension we're going to have a bigger problem. Someone's going to get killed. It's so dangerous, it's unbelievable."

Residents shamed her online with a series of images showing the car dumped across the driveways.

"And think of the safety of the children who are walking past your car. It's not setting a good example for anybody is it?"

Nearby resident Jess Howe, 23, has lived there all her life and claims that the woman continually moves her car about.

She said: "She has no respect. She had been parking across the road from my mum and dad's house two months before it started happening [to me].

"I went to speak to the head teacher who has told her not to park there so now she is parking outside my brother's house.

"He couldn't get off his drive recently due to her and so he was late for work at his new job.

"Everybody is really frustrated, literally all the neighbours are annoyed about it.

"I haven't confronted her but I have heard from people who have that say she just shrugs her shoulders and drives off – or even ignores them.

"Both the pub and Asda have said she can park up there but it's no use. She only lives on a street across the road – it's a few minutes' walk.

"It's not just her, others park like that too but the others leave quickly – she stays for 45 minutes a lot of the time. When you're blocking someone's drive, that's really bad." 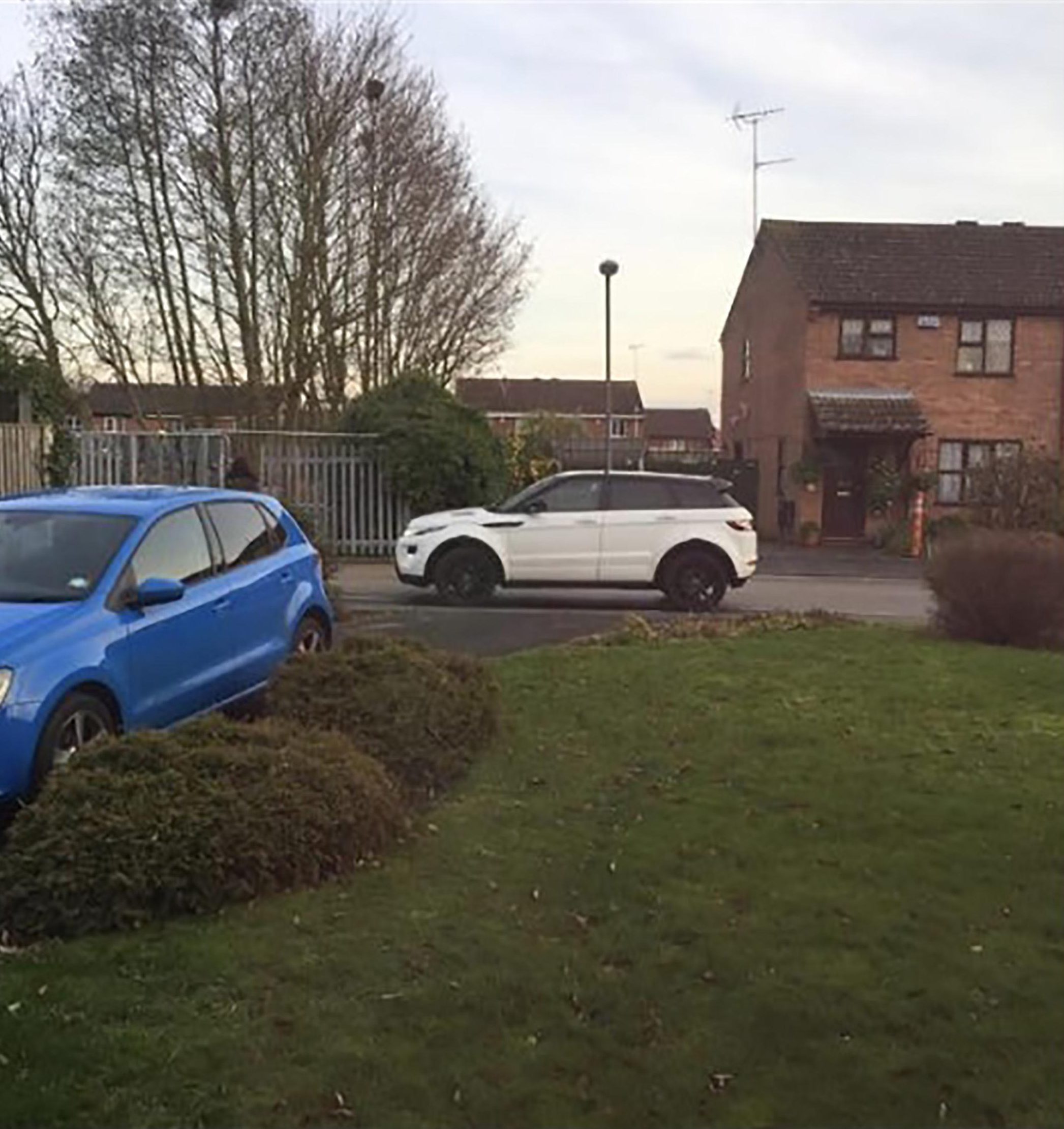 Denise Underwood, another resident of the area, claims the problem parker has even churned up a grass verge when dumping her car on it.

Denise, a 57-year-old retired ambulance service technician, said: "We got so frustrated as she went over all of the work we had done [to the verge], planting seeds and she just drove all over it and wrecked it.

"It's not just her [who does it], but she is an absolute menace. She keeps changing her parking spots but they are always bad.

"I wasn't aware of just how close she lived. When I saw where she was driving from I thought, 'Oh my god, you live down there'.

"There is no light at the end of the tunnel – I feel like it's only going to get worse.

"There are real safety concerns such as people with a push chair or pram have to go in the road to get past as they block the pavement and that's really bad. Ambulances can't get past."

A spokeswoman for the school said: "We understand parents' predicament but we have to look after our community and the safety of our children comes first. That is paramount.

"We work with Asda and a local pub that are both within a few minutes walking distance and parents can park there for free during those times if dropping their children off. The Asda car park is quite big.

"We close the school grounds as there is limited parking on there and the safety of the children is priority.

"Parking does cause a problem. But we have monitors who go out and are on hand to help. The head teacher is often out there herself. We constantly send texts out and we send letters out too. We are very proactive.

"We try to do as much as we can. We suggest to people that they might consider walking to school or park further away.

"We also advise them to avoid the very nearby roads where they are particularly small.

"We also have conversations with people and will have words with that individual if we know who it is. But sometimes we don't know who people are." 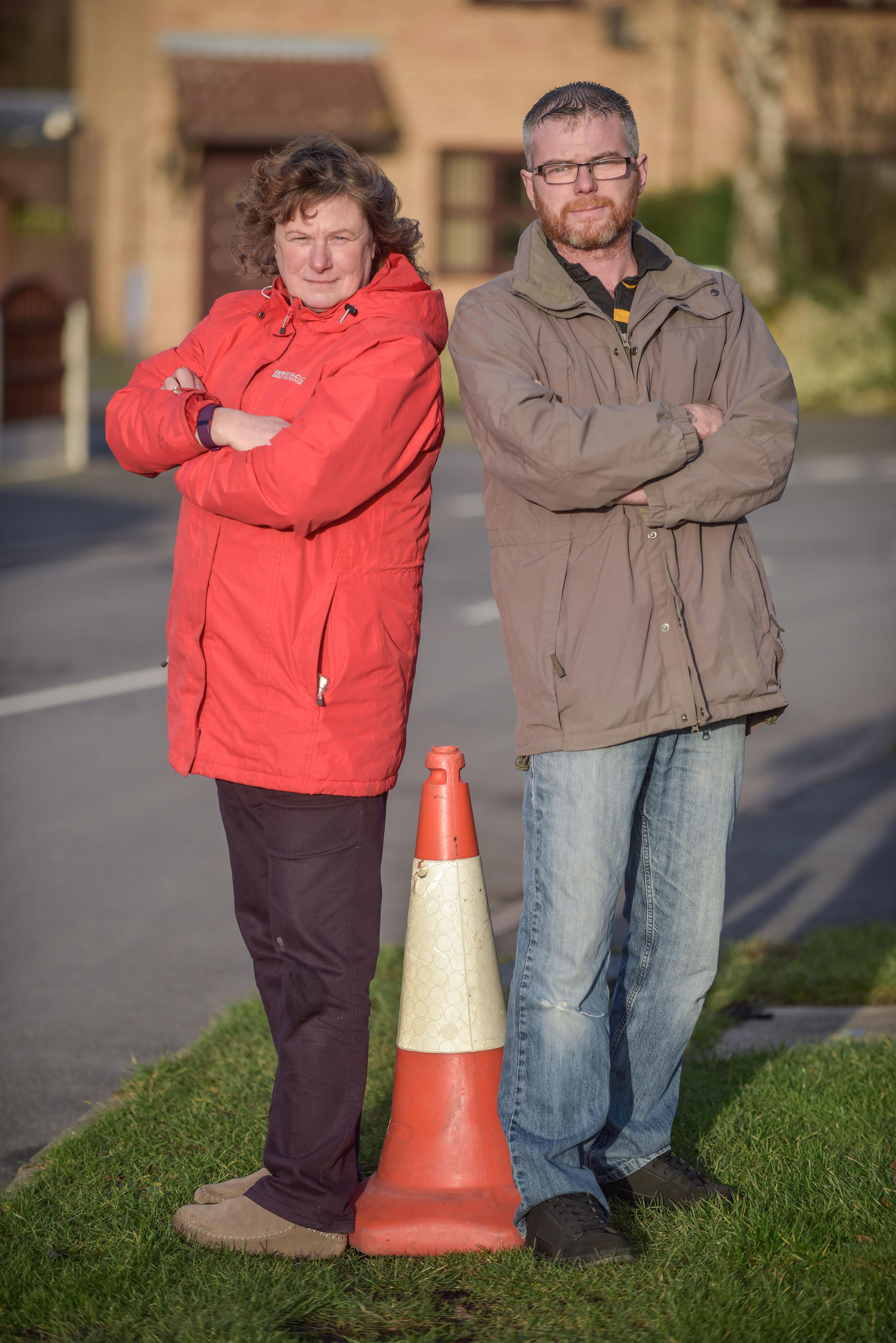 A Derbyshire police spokesman said: "We are aware of parking complaints on the road and other streets in the area, which is down to a number of issues including houses with multiple vehicles and the fact that there is a school nearby.

"This often peaks in the mornings and afternoons, and police officers from the local Safer Neighbourhood team have been to the area on a number of occasions to see the extent of the issue.

"Officers have not been made aware of any cases where inconsiderate parking has put people at risk; however it is a concern for local people and as such, it is something we will continue to monitor."

A South Derbyshire District Council spokesman said: "We would urge people to be considerate, particularly at peak times, when parking near schools.

"We will continue to work with the police and our partners to try to alleviate any issues."

Last month a homeowner was left fuming when his driveway was blocked by concrete bollards – because his neighbour claimed the land was hers.

And last year a mother spat at a man after he filmed her parking across his driveway.