Home » World News » Mum, 37, with coronavirus dies after emergency C-section and baby is stillborn as Spain's death toll soars to 7,340

Mum, 37, with coronavirus dies after emergency C-section and baby is stillborn as Spain's death toll soars to 7,340

A PREGNANT woman infected with coronavirus died along with her baby following an emergency caesarean in Spain.

The 37-year-old lost her fight for life during the double tragedy on Sunday after a C-section at Teresa Herrera Hospital in the Galician city of La Coruna. 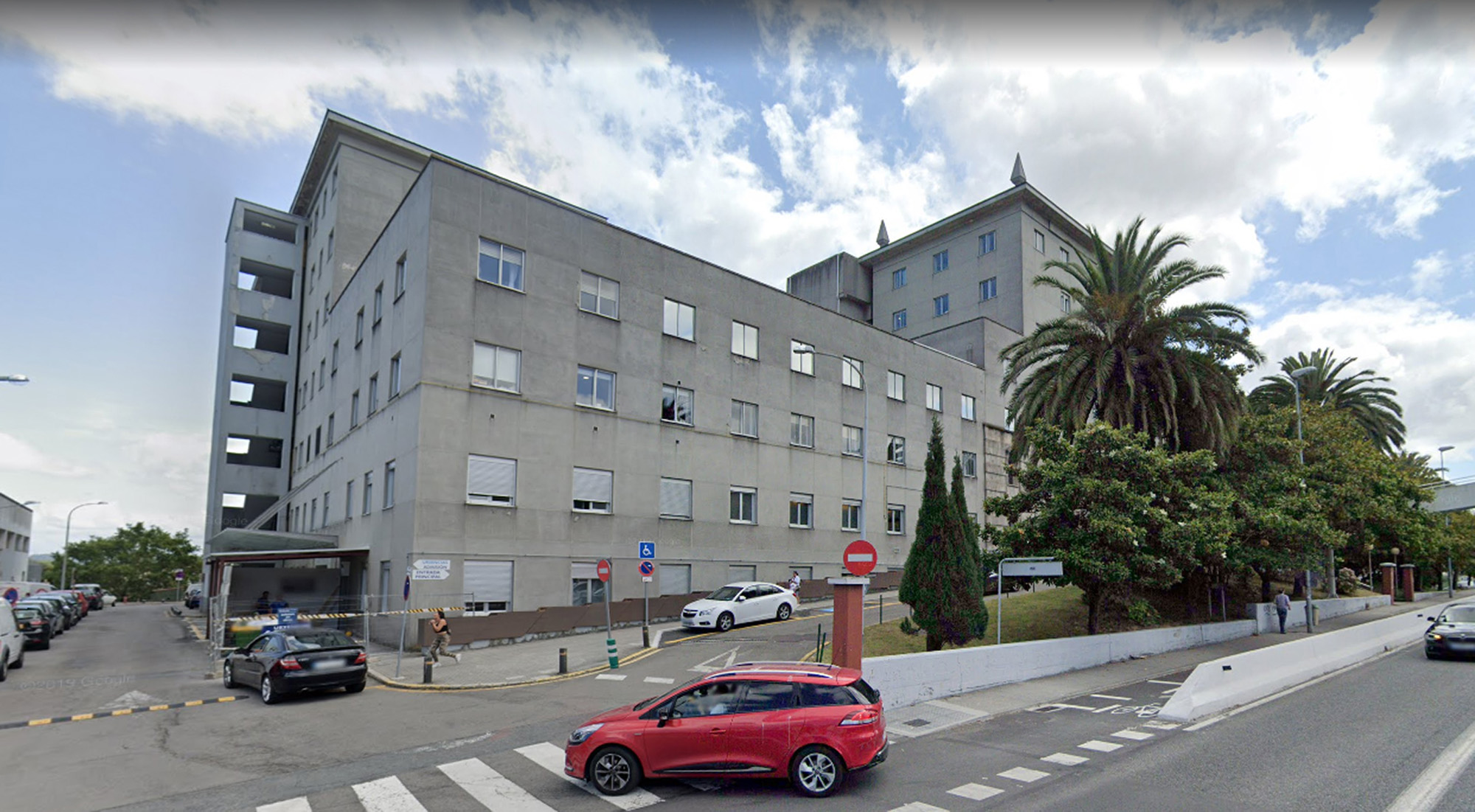 The unnamed victim suffered a "cardiac arrest" and died during the surgery while her baby was tragically stillborn, according to reports.

Newspaper La Voz de Galicia reported relatives say she had no previous health problems and was at one stage sent home from hospital before being ordered back because of “complications.”

Her husband is said to have been told their baby girl had died during the emergency C-section. His wife reportedly died around half an hour later.

The deaths came as it was revealed Spain has now become only the third country to confirm more cases of coronavirus than China. 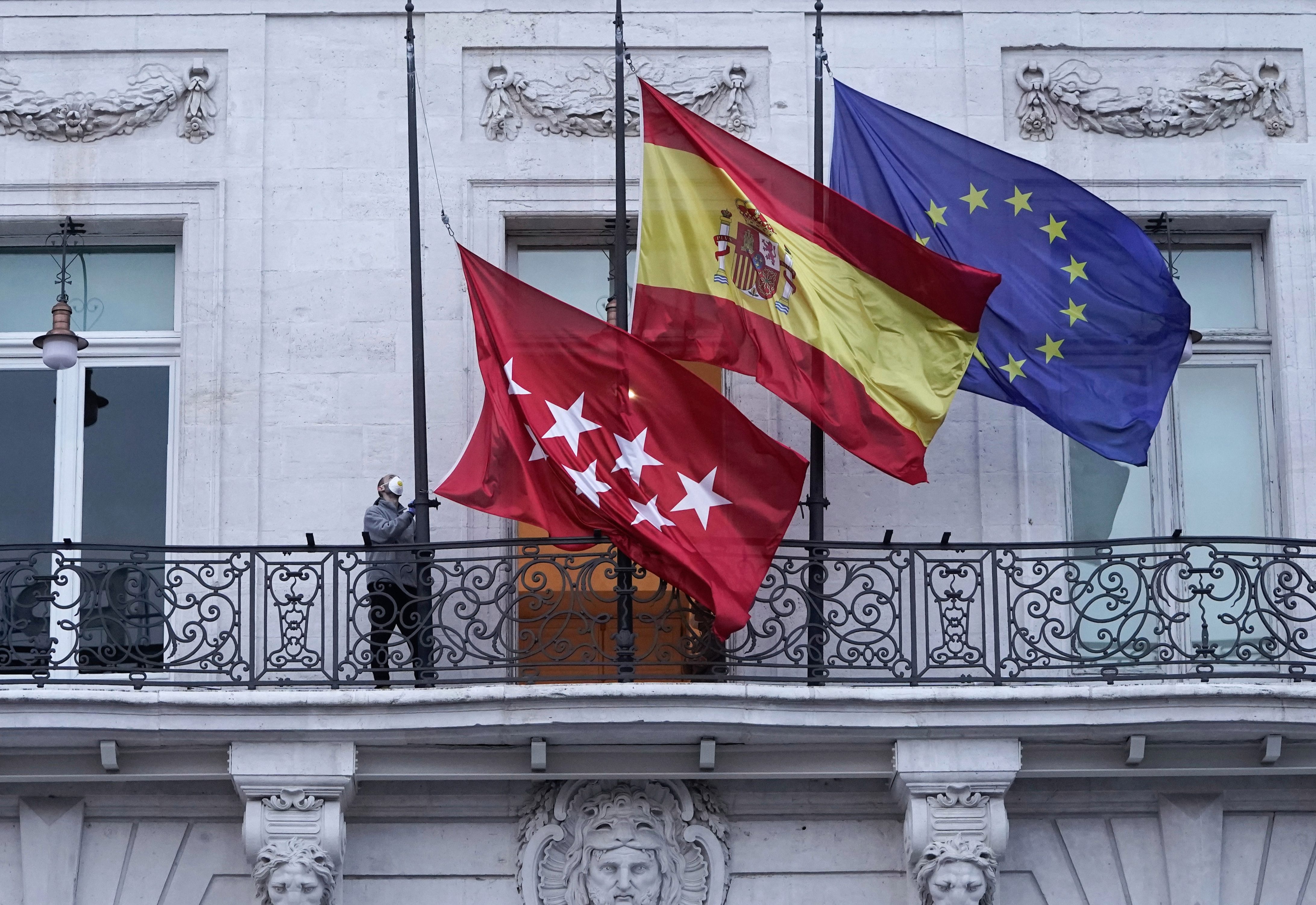 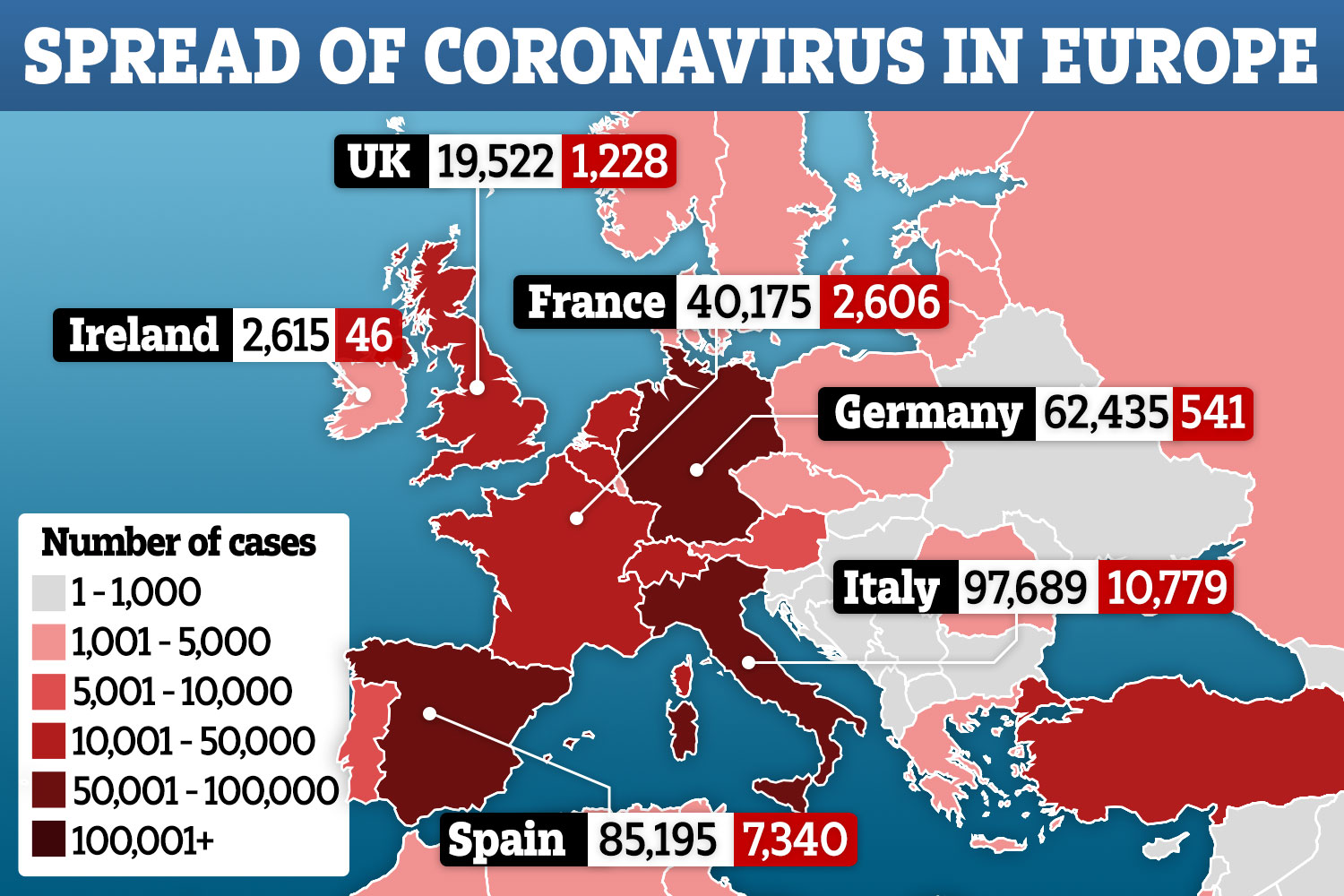 The hard-hit country has now joined the US  and Italy in having more cases than the outbreak country of China, which has now reported 82,156 cases.

This morning a minute's silence was held in Madrid to commemorate all those who have lost their lives during the shocking pandemic.

Spain's government also ordered flags be flown at half-mast and a minute's silence be observed every day during the nationwide lockdown.

Health chiefs earlier revealed 812 people with Covid-19 had died in the past 24 hours, 26 less than the previous 24 hour period. 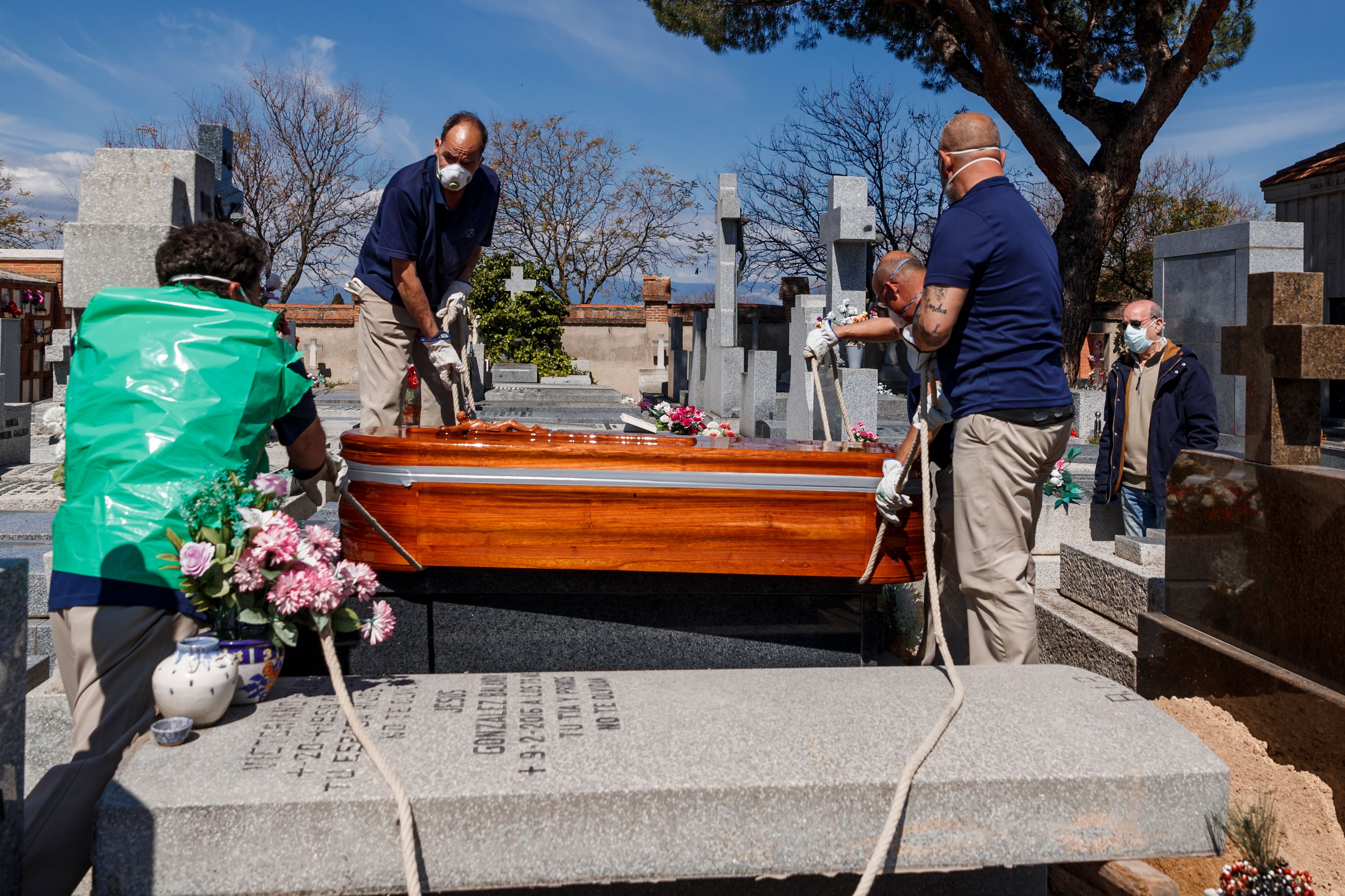 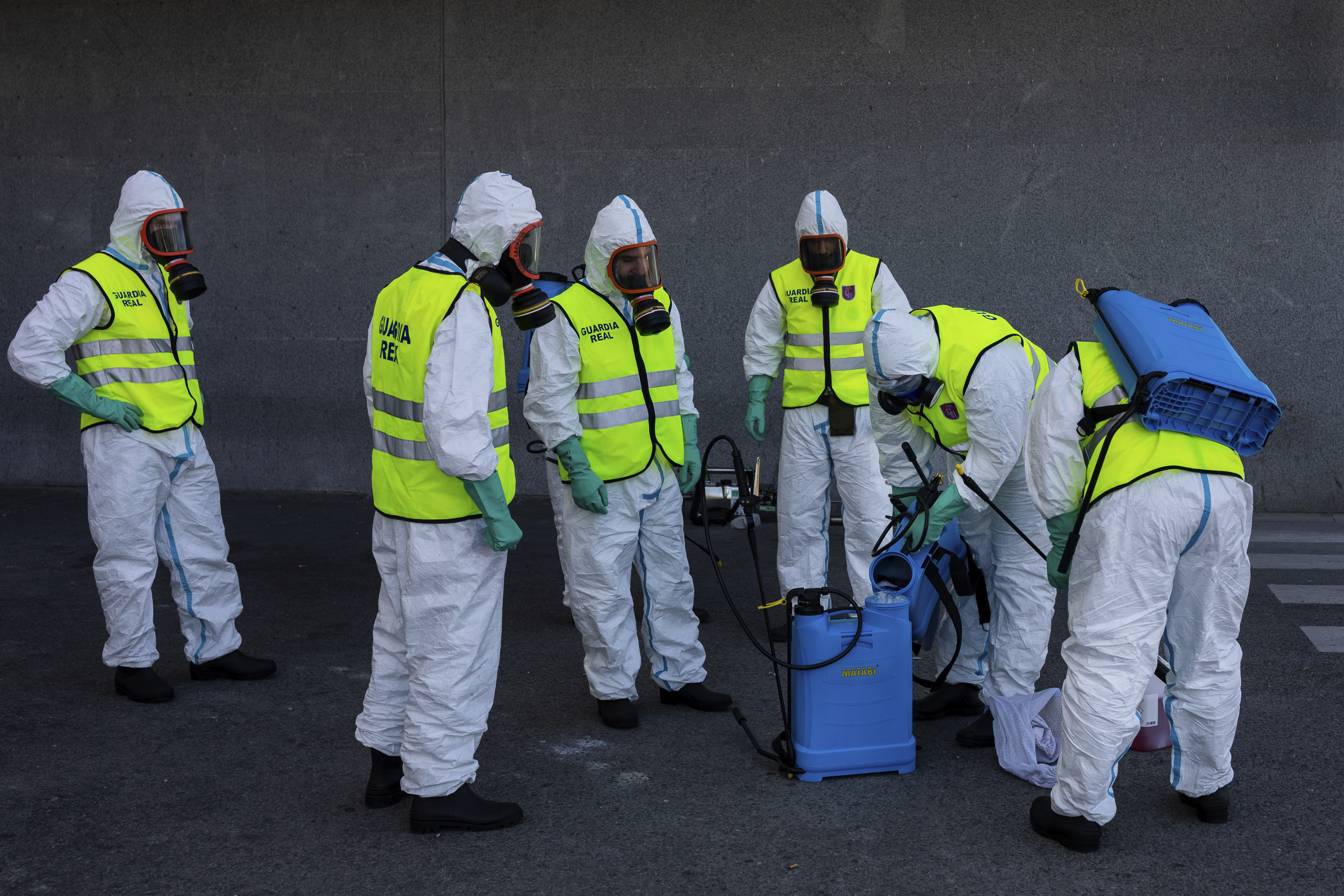 The fall came after three days of national single-day coronavirus death records, which have seen the numbers rise from 769 in the 24-hour period to Friday to 832 on Saturday and 838 on Sunday.

The new figures took the total recorded coronavirus death toll in Spain since the start of the crisis to well over 7,000.

The number of people cured in those two areas is near to 12,500 according to the Spanish Ministry of Health figures.

Earlier today it emerged the face of Spain’s fight against coronavirus is awaiting confirmation of a second test to confirm he has Covid-19 after he came back positive in an initial analysis.

Fernando Simon, the country’s emergency health director, delivers the grim statistics about the number of people who have died and confirmed cases every morning during a televised daily press briefing.

Today it emerged he has tested positive for coronavirus and will now undergo a second test to confirm he has the disease.

Epidemiologist Mr Simon, 57, graduated in medicine at the University of Zaragoza and specialised in Public Health and Epidemiology at the London School of Hygiene and Tropical Medicine.

A number of Spanish politicians have gone down with coronavirus but Mr Simon is the most high-profile person in the country’s fight against coronavirus to test positive so far.

It said he was waiting for the results of a second test to confirm it is not a false positive..