A mother-of-one has revealed how she caught her boyfriend cheating after she found a naked woman hiding in his wardrobe.

Megan Bexton, 21, from Newcastle upon Tyne, was asleep at her parents’ house across the road when she was woken up by her boyfriend’s iPad buzzing.

The lash technician discovered now ex, Reece Mitchell, 22, had sent a text that read ‘fancy one upstairs?’ to another woman. 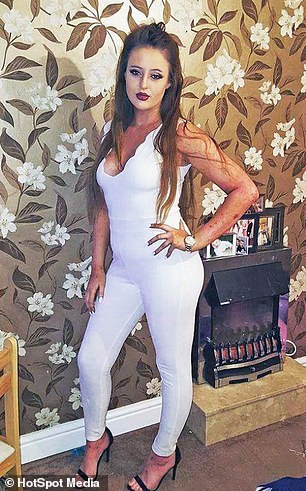 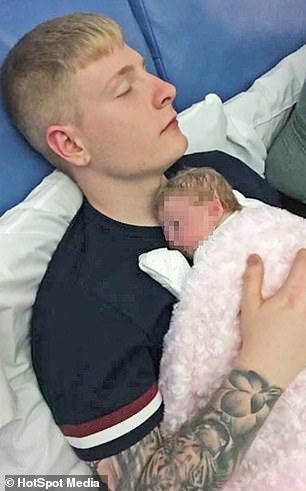 Megan Bexton, 21, from Newcastle upon Tyne, found a naked woman in her boyfriend’s wardrobe. The former couple share a two-year-old daughter, pictured hours after she was born

Ms Bexton, who shares a two-year-old daughter with Reece, a gas engineer, stormed over and caught him in the act.

‘Reece betrayed me in the worst possible way. I was a fool for trusting him,’ she said.

The shocking discovery happened after the father-of-one, who had previously been accused of having sex with another woman outside a nightclub, went on a night out with his friends.

He invited Ms Bexton along but she decided to stay at home and have an early night at her parents’ house so he didn’t wake her up when he got home.

She said: ‘Reece had been amazing all year, so I really didn’t mind. I told him to have fun.’

Hours later, at 4am, she was woken up by his iPad buzzing and thought it was strange he was getting texts so late at night and had a look.

‘His phone was synced so I could see his messages. Then I saw a text from him to an unknown number that read ‘Fancy one upstairs?’ she said.

‘The number replied saying they’d be up in ten. My blood boiled. I put my slippers on and stormed across the road.’

She charged upstairs into his bedroom and found him stood in his pants and the pillows and bedsheets were a mess.

The mother-of-one said: ‘I screamed ‘where is she?’ at the top of my lungs. Reece told me he had no idea what I was talking about but then the wardrobe door moved.’ 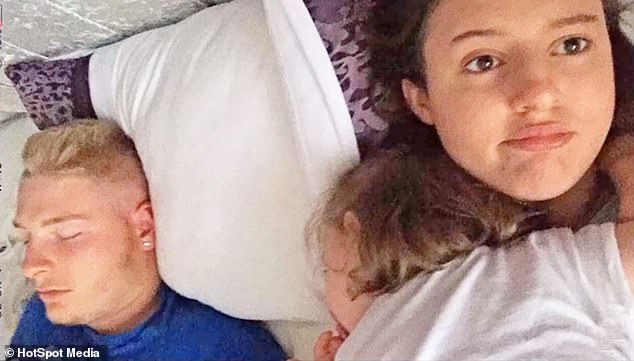 The former couple, pictured in bed in 2017, met on the dating app Tinder and within a month Ms Bexton found out she was pregnant

As she approached the wardrobe a naked woman tumbled out of it.

‘I burst into tears. The woman yelled ‘I’m not getting involved!’ before running downstairs.

‘Reece kept shouting that nothing happened. I told him I never wanted to see him again and I stormed out. My heart was shattered.’

The next day Ms Bexton moved back in with her parents. She said: ‘Reece tried his hardest to win me back but I told him we were finished forever.

‘Now I’m just trying to concentrate on being a mum. I’d rather be single for the rest of my life than be with someone who treats me like that.’

The pair met in August 2016 after they matched on the dating app Tinder and one week later they went on their first date and discovered they lived on the same street.

Ms Bexton said: ‘We both lived with our families yet we’d never seen each other before. It felt like fate had brought us together. 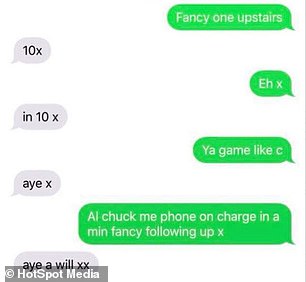 ‘After that Reece always made me breakfast in bed and treated me like a princess.’

From that day on they were inseparable and a month later she discovered she was pregnant.

The lash technician had been taking antibiotics for a chest infection weeks before and believes it must have affected her contraceptive pill.

She said: ‘I was mortified. Reece and I had only been together for a month so I was scared to tell him but thankfully he said he’d be there for me and he couldn’t wait to be a family.’

Two months later she moved in with Reece’s family in a bid to save money for a house and in June 2017 she gave birth to their daughter, now two.

She said: ‘Reece was a wonderful father at first. He helped me with night feeds and took care of us both.

‘One day Reece asked me if he could go on a lads night out. I told him he deserved a night off and to have fun.’

From then on he continued going on nights out and leaving her to look after their baby, resulting in them arguing a lot.

‘Then, a few weeks later, a woman messaged me on Instagram and told me she’d had sex with him outside a nightclub the week before. 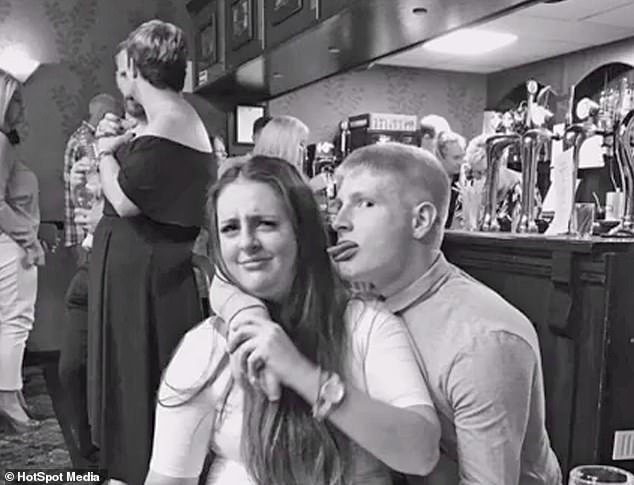 ‘I was hysterical and called her. She told me she had no idea Reece had a girlfriend until she’d seen me on his social media.

When Ms Bexton confronted her boyfriend he denied everything. She didn’t believe him and moved back home with her parents across the road, taking their daughter with her.

Over the following weeks, Mr Mitchell begged her to take him back. ‘I still loved him and I was determined for us to be a family,’ she added.

‘I decided to give him another chance and moved back in a month later.’

But finding the naked woman in her boyfriend’s wardrobe was the final straw and they broke up for good in September 2018.

Related posts:
Anthony Anderson Plans to Alter Own Clothes After Losing 17 Pounds in COVID-19 Lockdown
Don Lemon Asks Trump What Is It About Obama He Hates So Much (Video)
Popular News
The Masked Singer: Viking to storm to victory as difficult clues keep identity under wraps
16/01/2021
Man Utd wonderkid Ramon Calliste, called ‘the next Giggs’, now owns luxury watch business and makes £5m a year – The Sun
26/03/2020
Megan Thee Stallion Addresses Criticism Over Twerking: ‘I Love to Shake My A**’
26/03/2020
Police guard shops to stop coronavirus panic-buyers and enforce social distancing – The Sun
26/03/2020
Coronavirus: Good Morning Britain’s Dr Hilary reveals ‘game-changing’ self-testing kit
26/03/2020
Recent Posts
This website uses cookies to improve your user experience and to provide you with advertisements that are relevant to your interests. By continuing to browse the site you are agreeing to our use of cookies.Ok