TWO young women risked their lives jumping for a photo on the edge of a 400ft cliff.

The pals came dangerously close to falling while posing for the Easter Sunday snap at Birling Gap near Eastbourne, East Sussex. 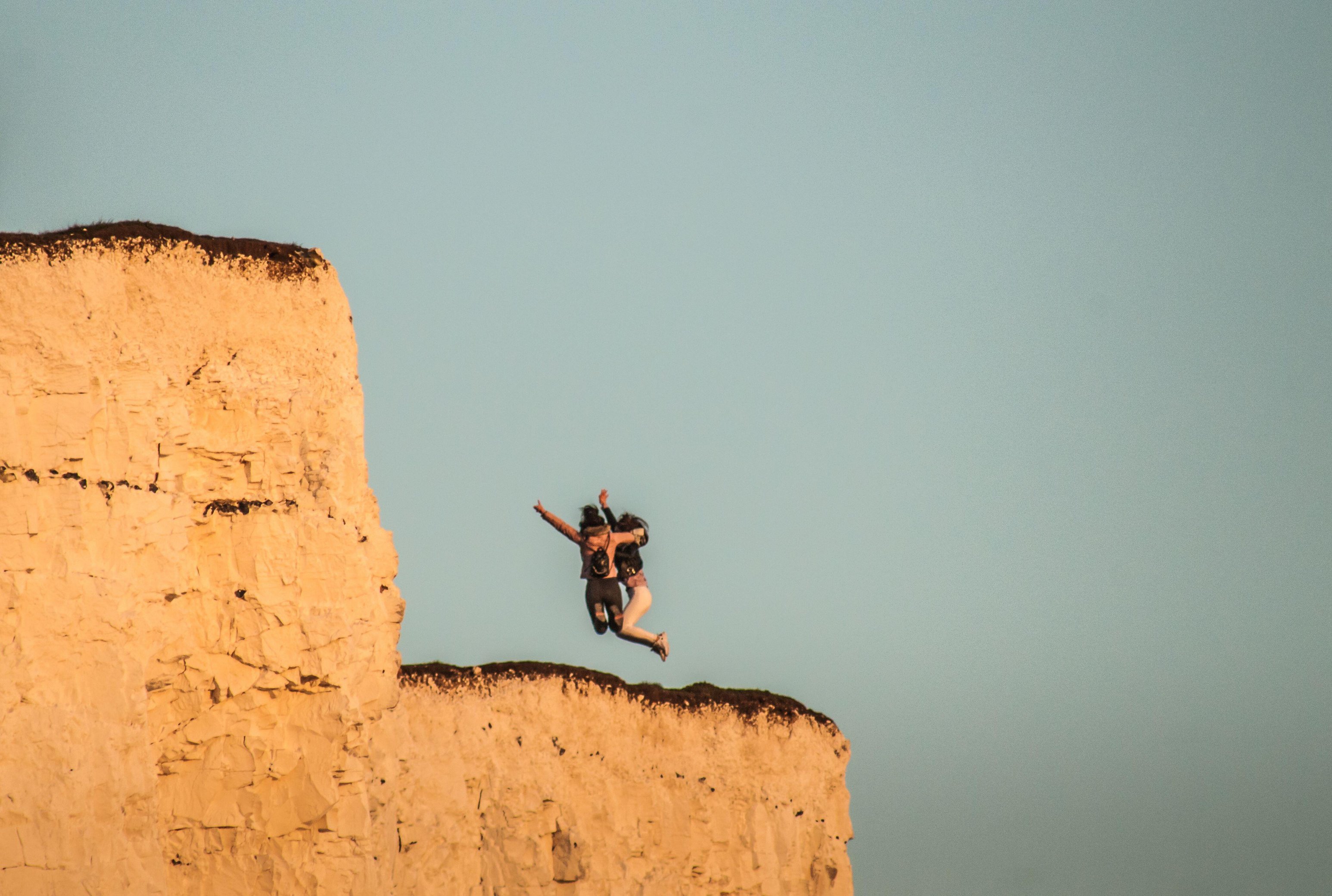 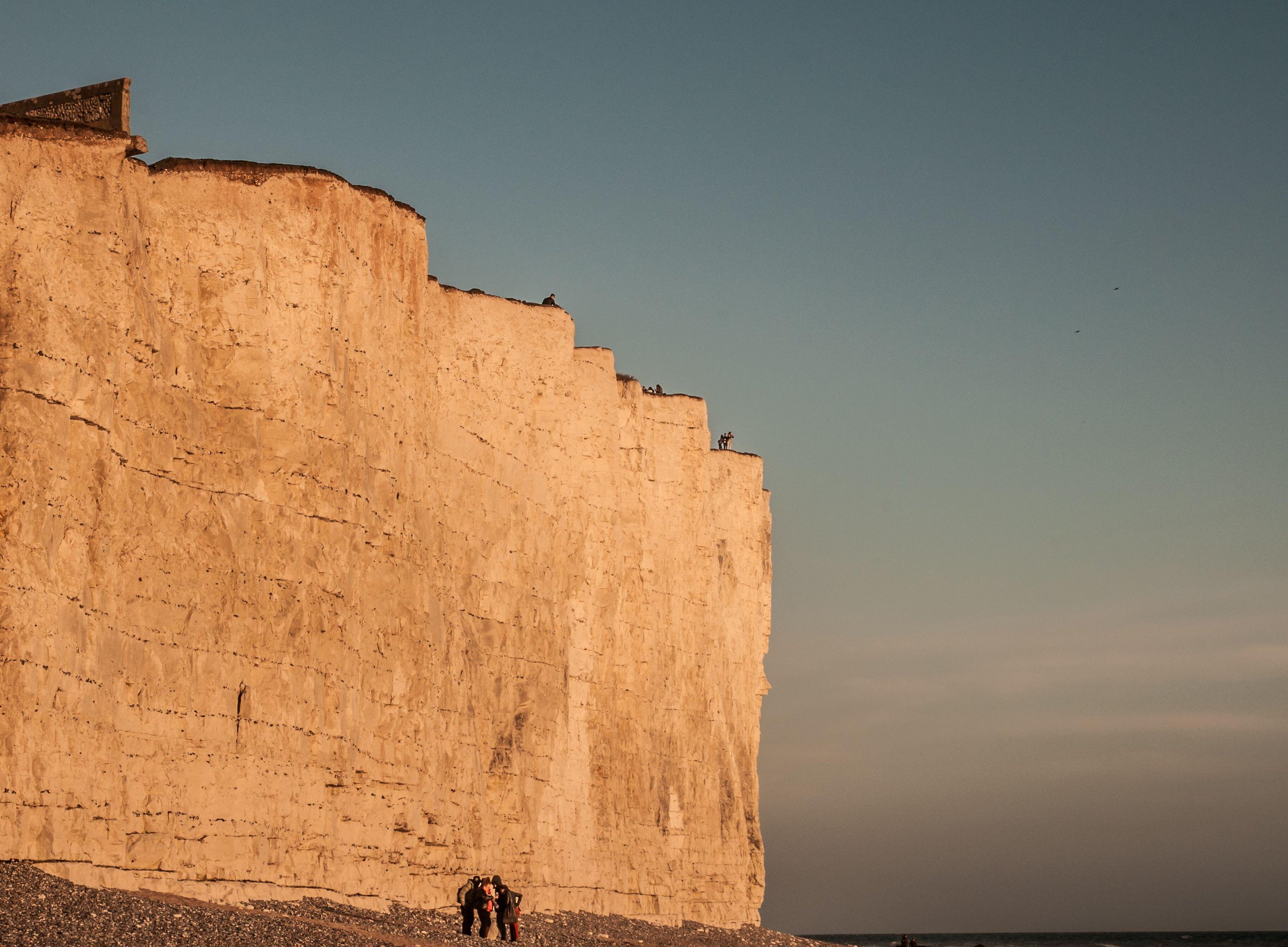 The women were pictured leaping in the air just steps away from the edge of the "unstable" chalk cliffs.

They blatantly ignored "common sense safety advice" from the National Trust which warns visitors to "stay away from the edge of the cliff top".

Crowds flocked to the south coast beauty spot over the Easter weekend as temperatures soared to highs of 18C.

But many sightseers enjoying the great outdoors as lockdown restrictions eased disregarded warnings of collapsing cliffs.

Shock new figures reveal there were fifty cliff falls along the East Sussex coast alone over the last year.

Walkers have been told to watch their heads and stay away from cliff tops and the beaches below to avoid plummeting boulders.

And coastguards have also warned of an "actively moving cliff" at Seaford Head.

A council spokesman said: "If you're heading out for a coastal walk this weekend, stay away from cliff edges and bases."

Just down the coast, a base jumper escaped with two broken legs when he plunged 530ft to the ground after his parachute failed to open.

The man, believed to be in his 40s, was airlifted to hospital after crashing to the base of Beachy Head.

His friends continued to jump yesterday following the incident despite a warning from officials.