This shocking footage captures the moment a car completely destroys a pool after crashing into a strangers garden.

Captured via a camera attached to a a home, the video shows the back garden as normal, complete with a large swimming pool full of water, a trampoline and a children’s playhouse in the right hand corner.

But just seconds into the footage, a black car crashes through the fence and straight into the pool, completely destroying it and sending water flying up into the air.

Water can be seen completely flooding the garden, with the only remains of the pool being the base.

The trampoline was also destroyed in the incident.

The garden is completely transformed into a pool all its own in seconds as the car flies through the air and seems to crash into the side of the house.

Concerned passers-by are spotted looking through the fence and after some time, the driver exists the vehicle and appears unharmed.

The driver steps over puddles of water and then stands with their hands on their hips observing the scene. 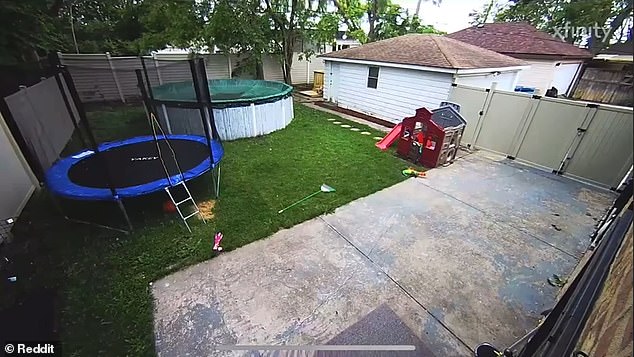 The scene in the garden looks pretty normal, with a pool, trampoline and a playhouse 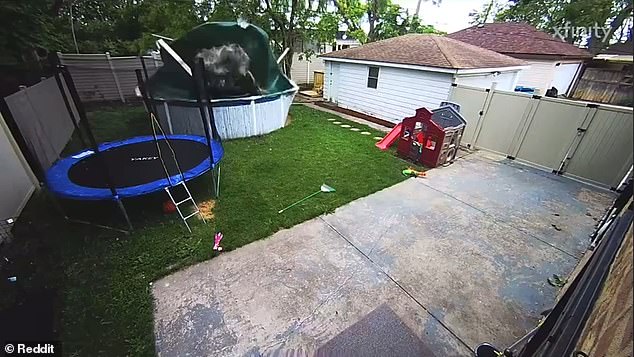 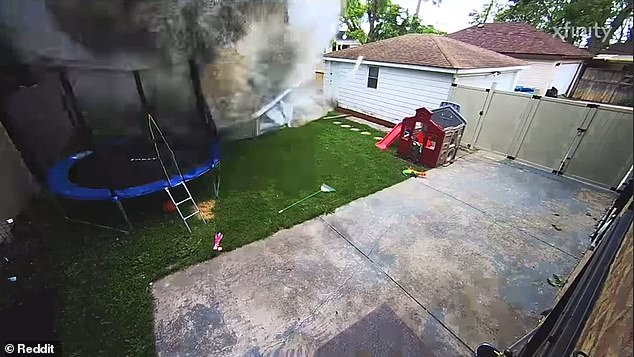 Water is thrown into the air as the car speeds through the garden, headed for the trampoline 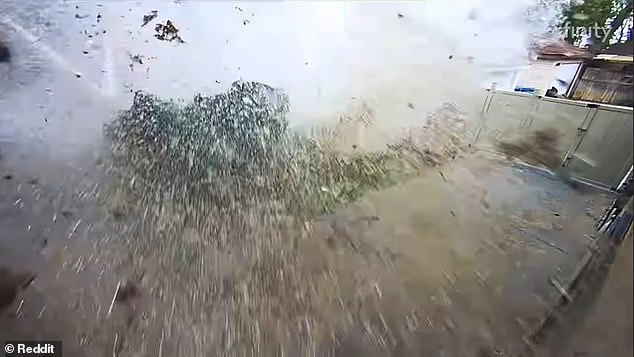 The camera is completely covered in water, momentarily blocking the footage 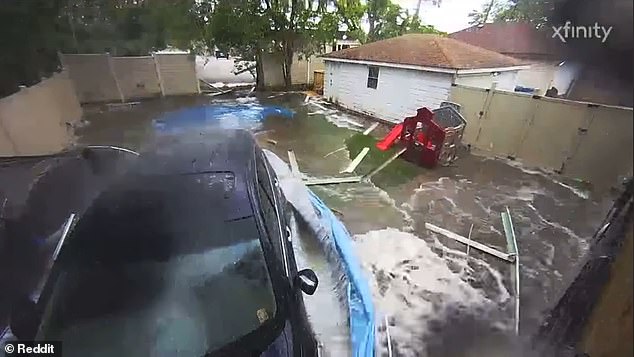 But the aftermath is clear, with the garden flooded and pool and trampoline destroyed

Another person eventually enters the yard and is heard t ask if the driver is ok.

It is not clear where the footage was filmed.