THE moment a cop shot a homeless black man dead after he allegedly jaywalked has been caught on camera, as the sheriff said the man reached for the deputy's weapon.

The sheriff in Southern California's Orange County released a grainy photograph on Thursday that he said showed Kurt Andras Reinhold, 42, grabbing at a deputy's gun during a struggle on the ground that ended with the fatal shooting of the man. 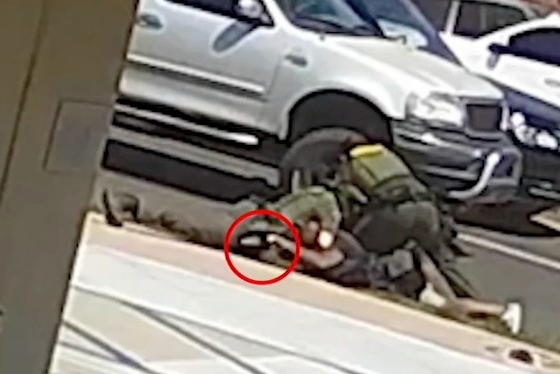 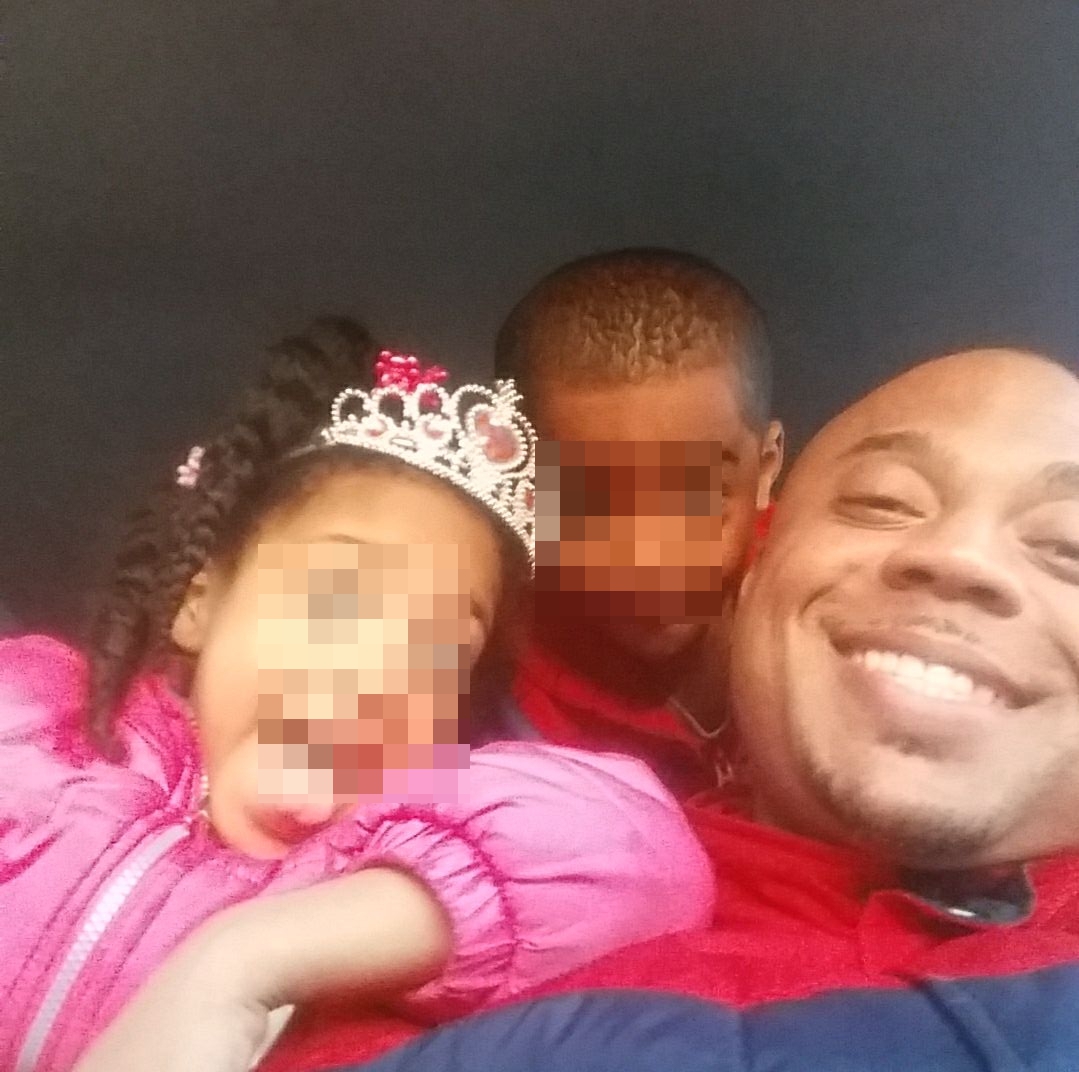 Sheriff Don Barnes said the photo was a frame of a video taken by a hotel surveillance camera that captured the incident on Wednesday afternoon in the oceanside city of San Clemente.

Two deputies attempted to stop the Reinhold as he tried to cross the street, then tackled him.

As the three struggled, Barnes said surveillance video showed that Reinhold appeared to try to release the gun from a deputy's holster, though the sheriff said it’s not clear if he was able to get it out.

Barnes said video from a witness recorded a deputy yelling "he's got my gun!" four times.

One deputy then fired two shots and Reinhold died at the scene.

Barnes declined to release any video, saying he didn’t want to influence witnesses who had yet to be interviewed by investigators.

He also said he didn't yet know why the two veteran officers on the department's homeless outreach unit tried to stop Reinhold on the street. 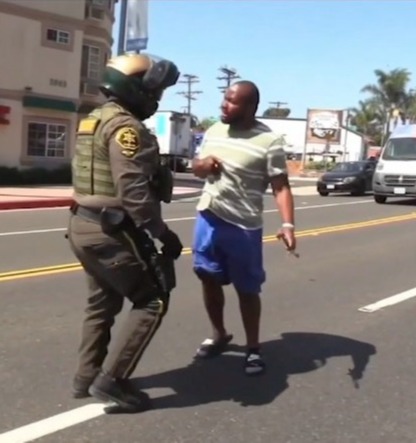 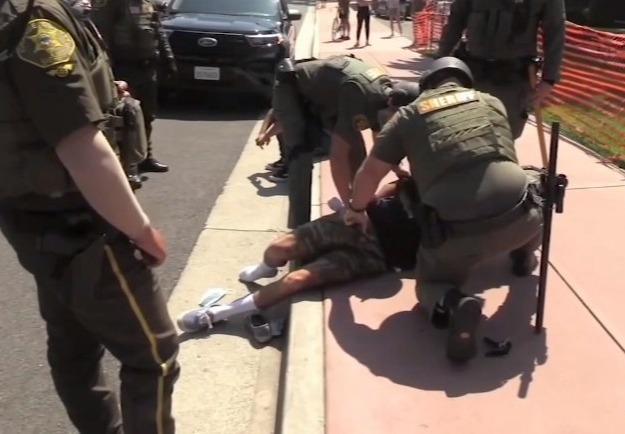 Reinhold was homeless and had been in San Clemente for about a month. Police made multiple attempts to get him help but he declined, Barnes said.

On Thursday morning, about 50 people protested Reinhold's killing and tried to block traffic in San Clemente, about 60 miles south of LA.

Four were arrested after they refused to get out of the street and a fifth was booked on a vandalism charge for scratching a sheriff's vehicle, Barnes said.

Barnes acknowledged Reinhold’s death came at a tenuous time for the country.

"Given the current climate of police and community relations, I understand that this conversation is going to be a difficult one around this incident," he said at a news conference.

He offered condolences to Reinhold's family and asked anyone who plans to protest or mourn to do so peacefully.

The two deputies are eight and 13-year veterans who are part of a 25-member unit that attempts to engage with the homeless people and get them into service programs for mental health, drug addiction or other issues. They are trained in de-escalation and crisis intervention.

A video shot by a citizen and posted by Southern Orange County Black Lives Matter shows the early stages of the confrontation between the unidentified deputies and Reinhold. 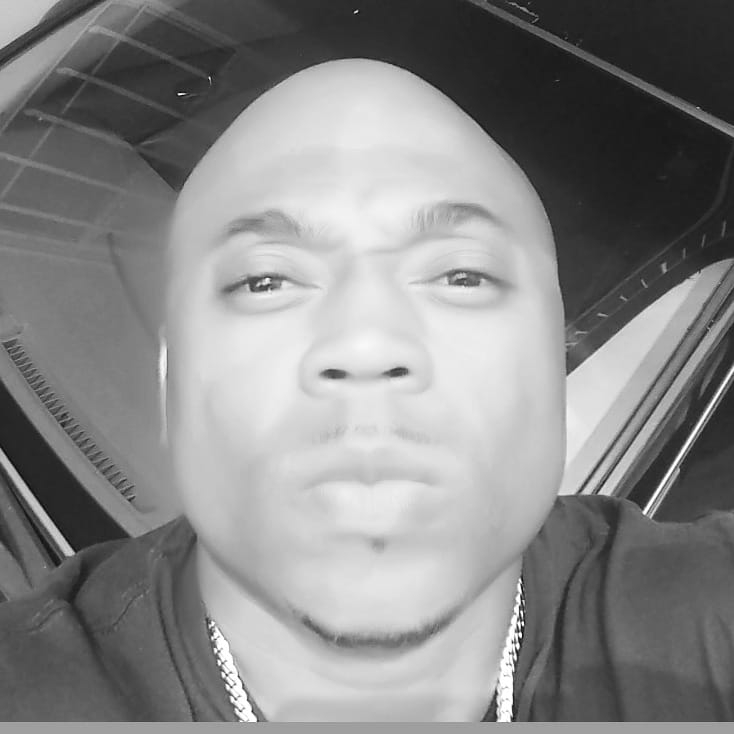 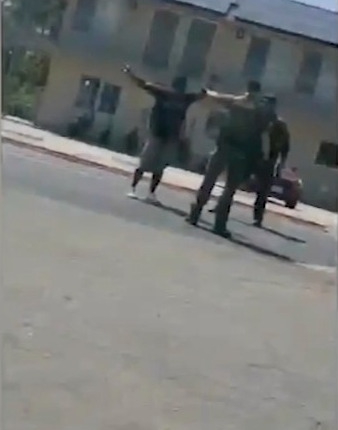 He is seen trying to walk past the deputies as they stand in the middle of a street and heard shouting "stop touching me," pushing away the hand of a deputy who orders him to sit on the curb.

"For what?" Reinhold asks. "Because I'm telling you to," the deputy replied.

The deputy repeatedly shoved Reinhold, and both deputies tackled him to the sidewalk, where all three begin to wrestle. Vehicles driving along the street block the camera’s view of the struggle as one shot rings out, then another about five seconds later.

Barnes said deputies are taught to try to gain compliance without violence. He said the tackling of Reinhold was "not something we want to see happen."

The deputies have been placed on leave and the Orange County district attorney is investigating.

Ed Obayashi, a use-of-force consultant to law enforcement agencies and a deputy sheriff in Plumas County, said Reinhold appeared to be aggressive and unwilling to comply with the deputies’ commands.

To Obayashi, Reinhold seemed to be advancing toward the deputies in a hostile manner and it looked like one deputy kept touching him to keep a safe distance between them.

"He's just trying to keep him at bay and also at the same time, guide him toward the sidewalk and out of the street," Obayashi said after watching the social media video. "There's no more reasoning or rationalizing, trying to convince this individual."

When Reinhold allegedly grabbed the deputy’s gun, "that's life and death," Obayashi said, noting that it made sense that the other deputy would fire his weapon in response.

"There are no absolute solutions or law enforcement responses that fit every situation," he said. "There's no one-size-fits-all."

Related posts:
Ice Cube is Making a Screen Capture Sci-Fi Thriller with the Director of 'Wanted'
Largest California wildfire threatens marijuana growing area
Popular News
GoFundMe for ‘Borat 2’ babysitter exceeds $100,000 fundraising goal in 4 days
29/10/2020
Man Utd wonderkid Ramon Calliste, called ‘the next Giggs’, now owns luxury watch business and makes £5m a year – The Sun
26/03/2020
Megan Thee Stallion Addresses Criticism Over Twerking: ‘I Love to Shake My A**’
26/03/2020
Police guard shops to stop coronavirus panic-buyers and enforce social distancing – The Sun
26/03/2020
Coronavirus: Good Morning Britain’s Dr Hilary reveals ‘game-changing’ self-testing kit
26/03/2020
Recent Posts
This website uses cookies to improve your user experience and to provide you with advertisements that are relevant to your interests. By continuing to browse the site you are agreeing to our use of cookies.Ok