Moment a Brazilian teacher is grabbed by robbers during online class

This is the moment a teacher giving an online class is snuck up on from behind and immobilised by a gang of burglars.

The incident took place in the south-eastern Brazilian city of Sao Paulo on Wednesday night.

Two men and three teenagers took part in the robbery at the house of 51-year-old Mario Candido Santos as he was giving an hour-long online accountancy class to around 20 students.

In the footage, Mario, who is a professor at a private university, is seen talking to his students when the gang storms into the room. One of the men puts his hand over the teacher’s mouth as the others variously threaten him and rummage around his house in search of valuables. 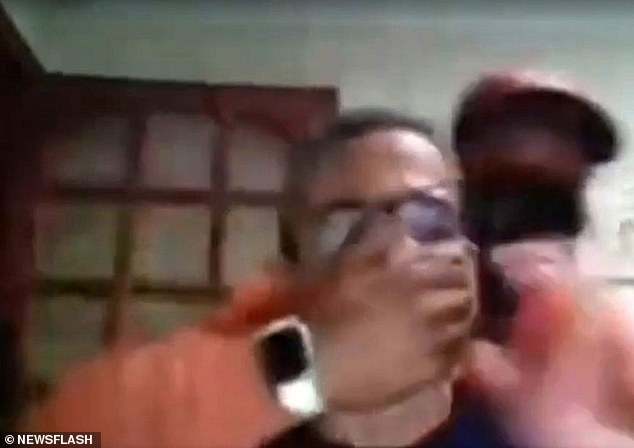 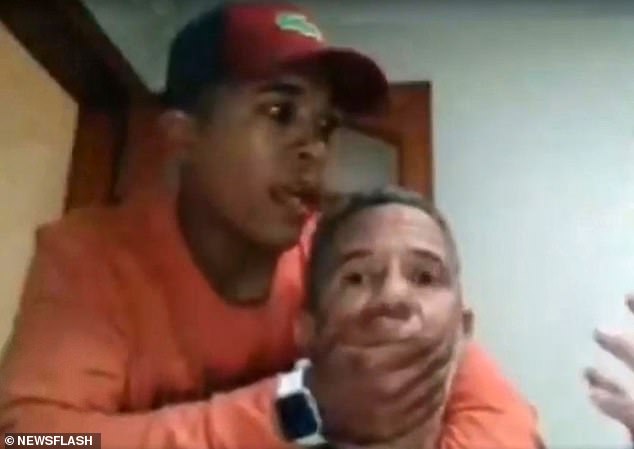 Mario told local media he heard the burglars say: ‘Be quiet. This is a robbery. We’re going to clean out your house. Where’s your daughter? Where’s the money? And where’s the other stuff?’

Mario’s 23-year-old daughter, who is eight months pregnant, was also taken hostage in the raid. The gang tied their hands and covered their heads in the kitchen of the property.

The professor told local media: ‘It turned into a night of terror because they went to grab my daughter and they brought her to me. They spent the whole time saying: “Either you hand over money, or I’ll hurt your daughter”.’

However, the gang did not realise that the unfolding scenes were being transmitted via Mario’s Notebook to his students, who called the police.

When the police arrived at the scene, one of the suspects surrendered and the others attempted to flee via the back of the house. 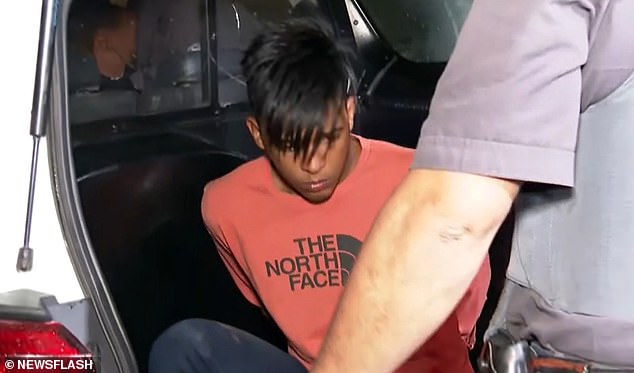 When the police arrived at the scene, one of the suspects surrendered and the others attempted to flee via the back of the house 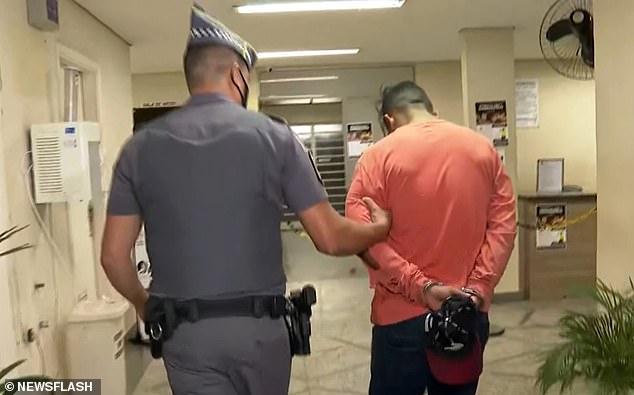 One of the suspects being led away in handcuffs 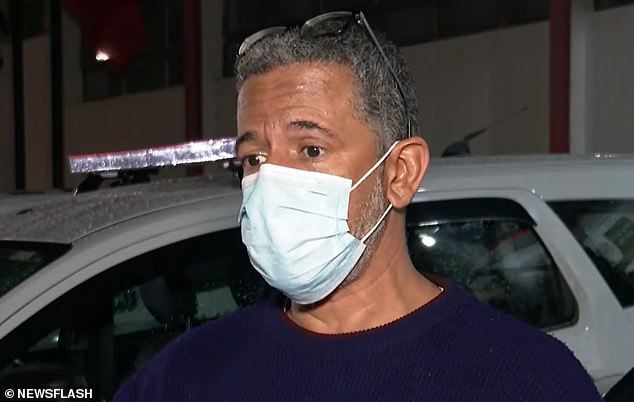 The professor described the incident as a ‘night of terror’ 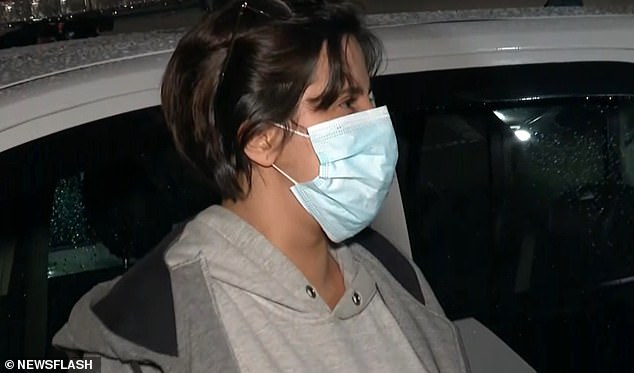 Mario’s 23-year-old daughter (above), who is eight months pregnant, was also taken hostage in the raid

However, the police managed to arrest all of the suspects, including a 21-year-old, an 18-year-old and three 16-year-olds. They are also investigating the possible involvement of another 18-year-old, who was found outside the property.

The police also managed to retrieve the goods the gang had stolen, which included watches, mobile phones and cash.

The two men of legal age have been placed in preventive detention. They will be tried for robbery and corruption of minors.

Related posts:
Who's top Hugh? Laurie and Grant have been posh peas in a pod
JONATHAN MAYO outlines how the Unknown Warrior's body was chosen
Popular News
Vivica A.Fox Shared How Jada Pinkett Smith Felt About Her Kissing Will Smith in 'Independence Day'
05/12/2020
Man Utd wonderkid Ramon Calliste, called ‘the next Giggs’, now owns luxury watch business and makes £5m a year – The Sun
26/03/2020
Megan Thee Stallion Addresses Criticism Over Twerking: ‘I Love to Shake My A**’
26/03/2020
Police guard shops to stop coronavirus panic-buyers and enforce social distancing – The Sun
26/03/2020
Coronavirus: Good Morning Britain’s Dr Hilary reveals ‘game-changing’ self-testing kit
26/03/2020
Recent Posts
This website uses cookies to improve your user experience and to provide you with advertisements that are relevant to your interests. By continuing to browse the site you are agreeing to our use of cookies.Ok