Missing British oil executive, 46, and his 14-year-old son are feared dead after they were abandoned nine miles off the coast of Malaysia by their drug-taking diving captain arrested after testing positive for meth

A missing British oil executive and his teenage son are feared dead after the pair were abandoned nine miles off the coast of Malaysia during a group training dive by their meth-taking captain, it has emerged.

Shell engineer Adrian Chesters, 46, and Nathen, 14, were part of a group of four that went diving off the tiny island of Pulau Tokong Sanggol when their skipper headed back to port alone on Wednesday.

The captain gave a statement to police in Mersing, a coastal town on the southeastern tip of the Malay Peninsula, but was later arrested when he tested positive for methamphetamine after a urine sample was taken.

On Thursday, the group’s instructor Kristine Grodem was miraculously rescued 30 nautical miles from where she and her fellow divers were stranded.

However, hopes of finding the trio including the British nationals are fading fast as dozens of divers, vessels and more than 90 officials scour an area spanning more than miles. 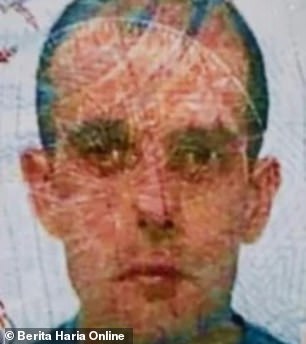 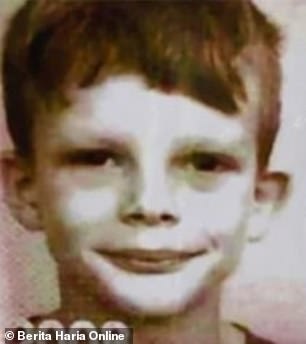 Rescuers are still searching for a 46-year-old British man, Adrian Chesters, left, and his 14-year-old son, Nathen Renze Chesters, 14, a Dutch citizen, right, after they went missing while diving off the coast of south east Malaysia 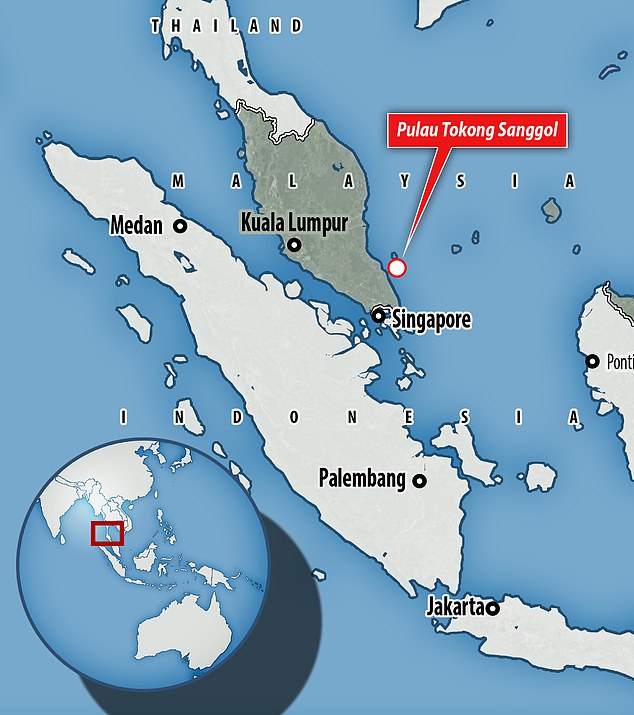 The island where they disappeared, Pulau Tokong Sanggol, is about nine miles (15km), off the Malaysian coast 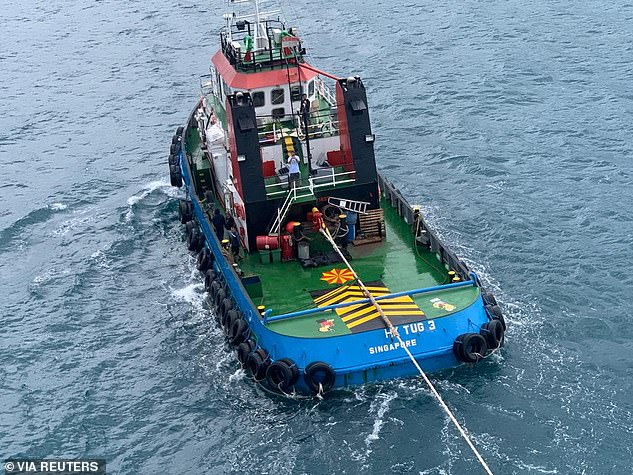 Officials say the four, who were in the water for 40 minutes, ‘failed to return after undergoing a diving exercise’. Pictured: The tug boat which found Norwegian diver Kristine Grodem

Officials say the quartet, who were in the water for 40 minutes, ‘failed to return after undergoing a diving exercise’.

Police have launched an investigation and will assess the dive equipment and location, adding that the captain is being investigated under Section 15(1) of the Dangerous Drugs Act 1952.

Mersing police chief Superintendent Cyril Edward Nuing said the divers could not see their boat when they resurfaced, and they ended up drifting in strong currents.

‘The instructor tried to keep all of them together but they got separated,’ he said.

Local officials had suggested they were confident the three missing persons would be found because they were ‘experienced divers’.

Chesters, who is from Sheffield, had only recently moved his family to the tourist hotspot after working as the senior engineer behind Shell’s highly successful Appomattox rig in the Gulf of Mexico.

A spokesperson for the Foreign Office has confirmed it remains in contact with Malaysian authorities.

The area where the group initially went missing from is popular among divers and tourists, with dozens of resorts dotted around the coastal area.

A hunt involving boats from the coastguard, the police and the fisheries department was launched at 2.45pm (6.45am GMT) on Wednesday, senior coastguard official Nurul Hizam Zakaria said in a statement. 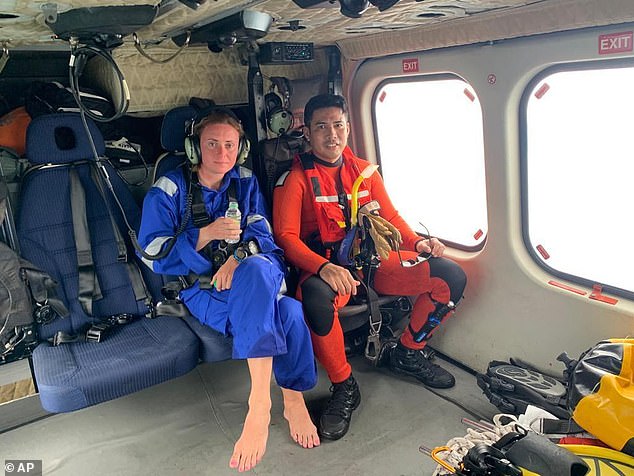 Diving instructor Kristine Grodem, 35, (pictured) was found 30 nautical miles from where she was last reported seen, where she and the group were diving off the tiny island of Pulau Tokong Sanggol, nine miles from the coast, before they vanished on Wednesday

Malaysian Maritime Enforcement Agency (MMEA) First Admiral Nurul Hizam Zakaria said Grodem was found by a tug boat in the waters off Tanjung Sedili in Kota Tinggi, en route from Indonesia to Thailand at 8.15am (2.15am GMT) ‘floating and fully equipped’ with her diving gear.

‘After being found, the 35-year-old victim was transferred to a MMEA helicopter and then taken to Mersing [Stadium] for further treatment,’ he reported. She is said to be in a stable condition.

But it was postponed at 7.30pm local time due on Wednesday to poor visibility and amid bad weather. 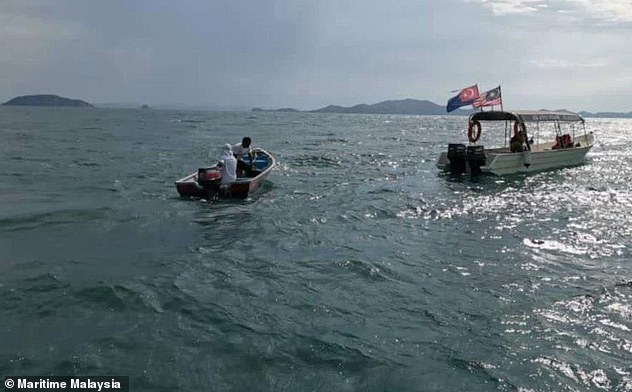 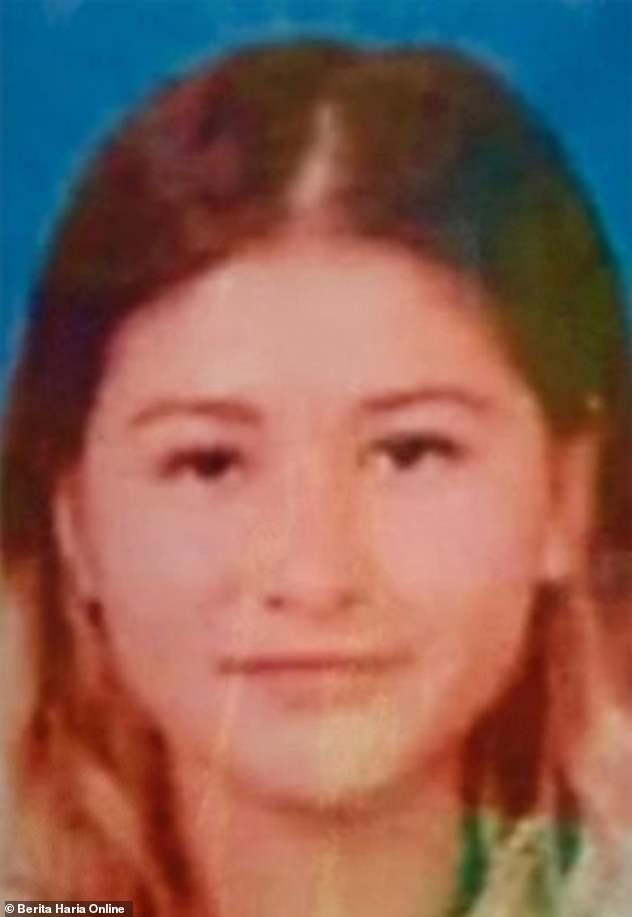 Alexia Alexandra Molina, an 18-year-old French woman, pictured, is among the three others still unaccounted for after diving training at Pulau Tokong Sanggol 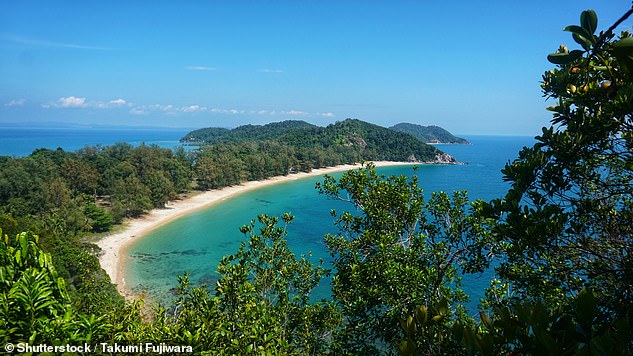 The area is popular with foreign and domestic visitors – there are resorts dotted along the coast and on nearby islands. Pictured: Paradise island Pulau Sibu near the search area

Diving accidents, while rare, do occasionally take place in Malaysia.

In 2013, a British tourist died when she was struck by a passing boat’s propeller while diving off resort islands in the South China Sea.

The tropical Southeast Asian nation’s white-sand beaches and lush rainforests have long made it a major draw, but the tourism industry was hit hard by travel curbs during the coronavirus pandemic.

The country’s borders reopened to foreign tourists last week after a two-year closure.