GRETCHEN Whitmer’s would be kidnappers planned to use an 800,000 volt taser to subdue to her, newly released evidence shows.

Member of the anti-government extremist Wolverine Watchmen militia also intended to blow up a bridge to halt any attempts by the cops to capture them once they had seized Michigan governor Whitmer. 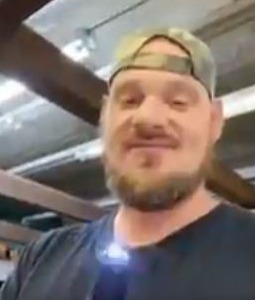 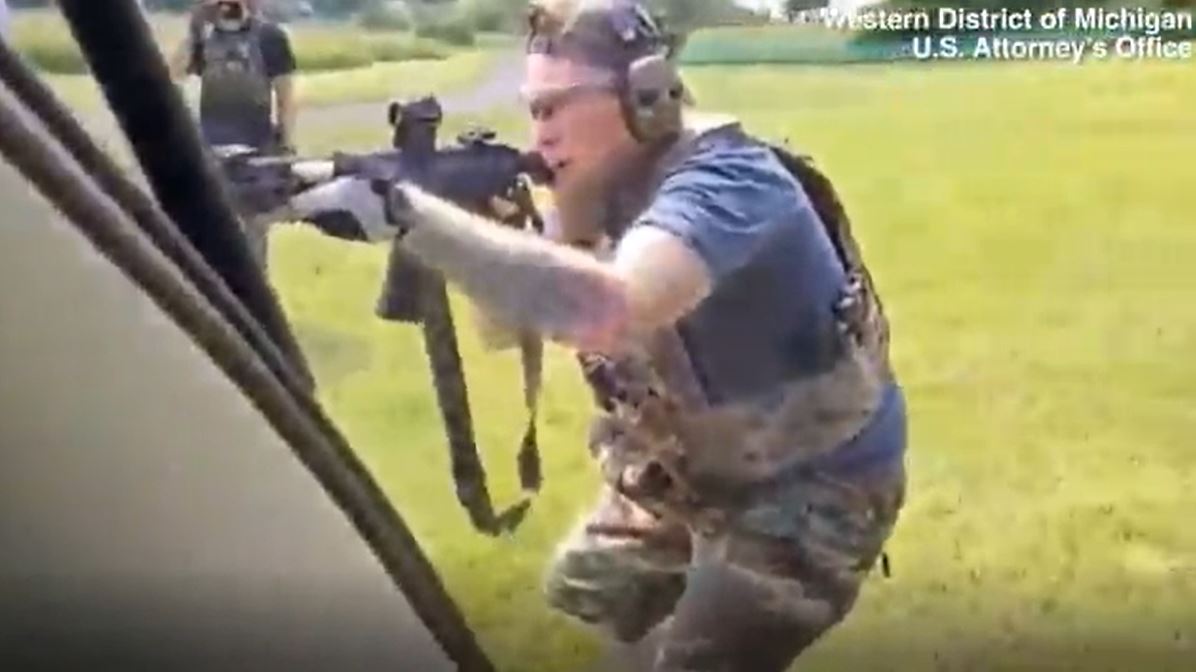 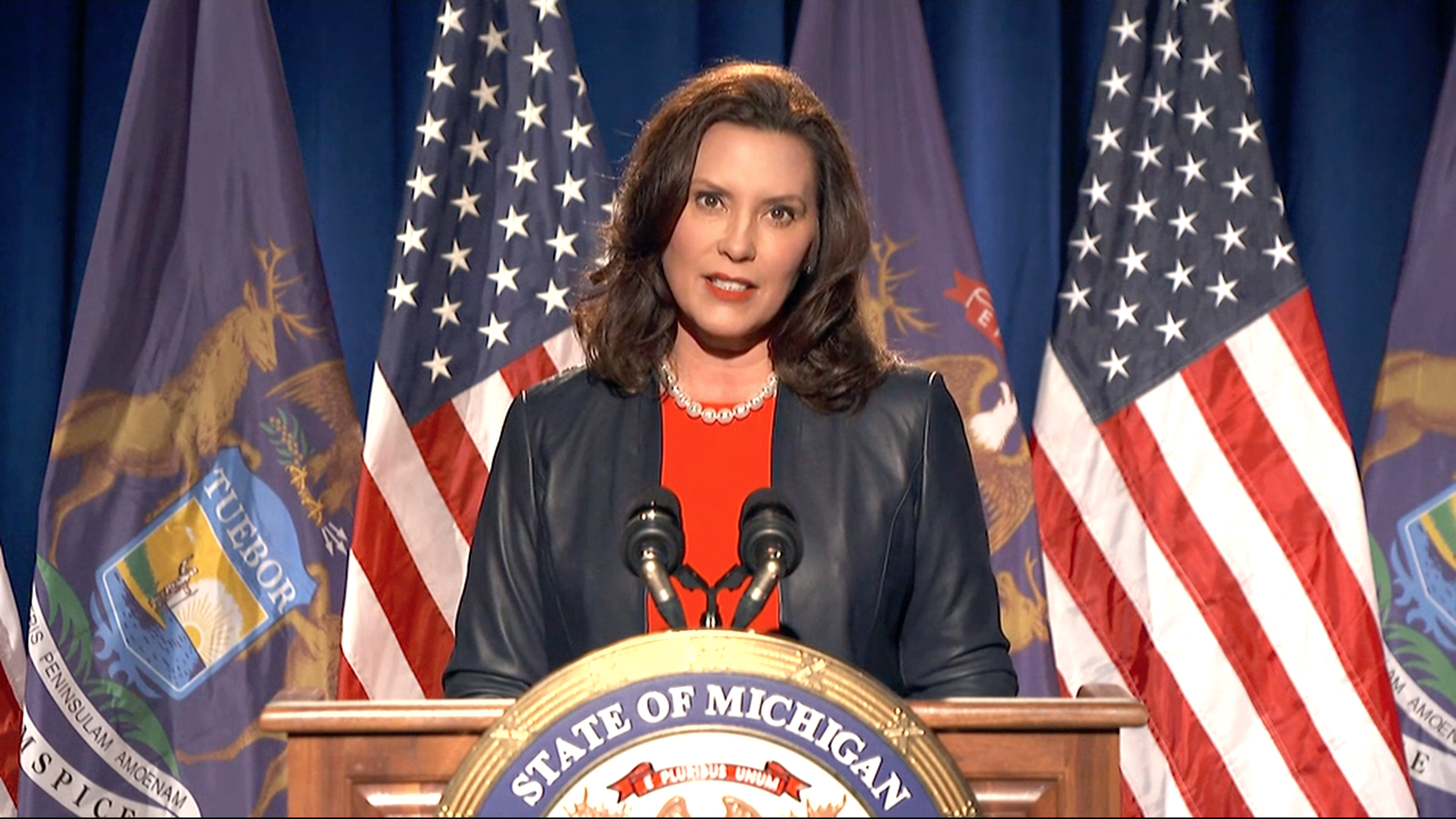 Chilling video released by the US attorney’s office show the alleged leader, Adam Fox, 37, smiling as he tests the taser they intended to use on Whitmer.

The footage also shows several of the men facing federal charges carrying out what appeared to be a tactical training exercise, involving PT Cruiser and shooting at an unseen target.

Prosecutors say a photo shows Fox drawing a map of the lake near Whitmer's vacation home and listing the mileage of the nearest police departments and the estimated response times.

The evidence released includes text messages exchanged among members via an encrypted app in a group chat titled "F**Around and Find Out”.

In one text, Ty Garbin used symbols and emoticons to suggest blowing up a bridge near Whitmer’s vacation home would slow law enforcement responding to the kidnapping, prosecutors said. 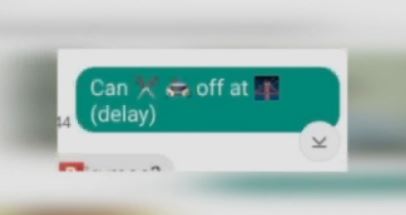 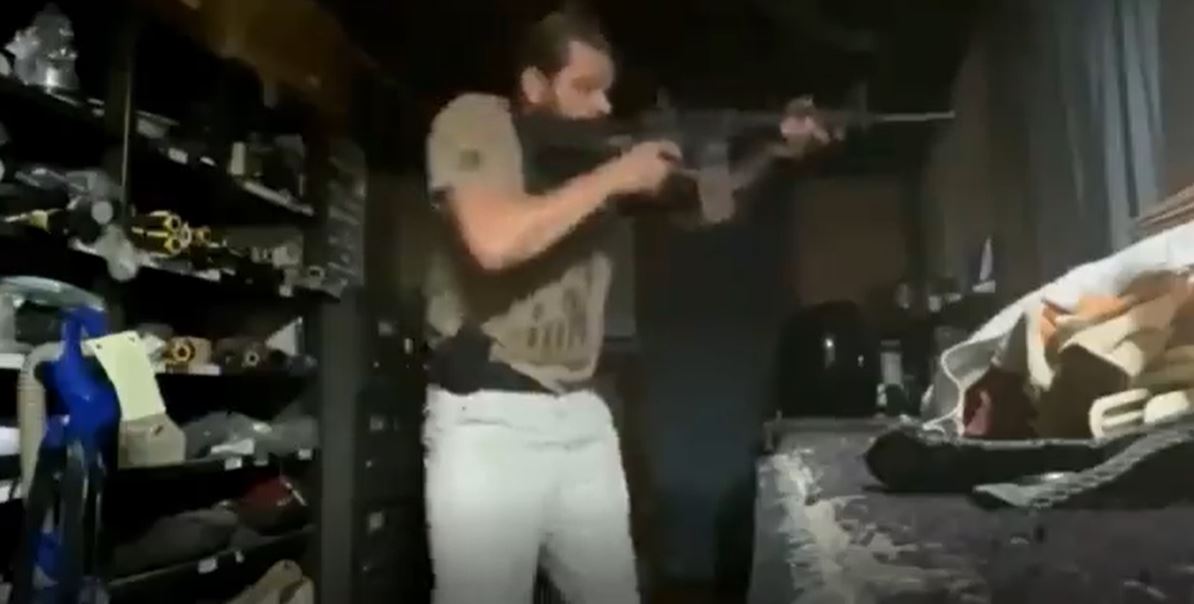 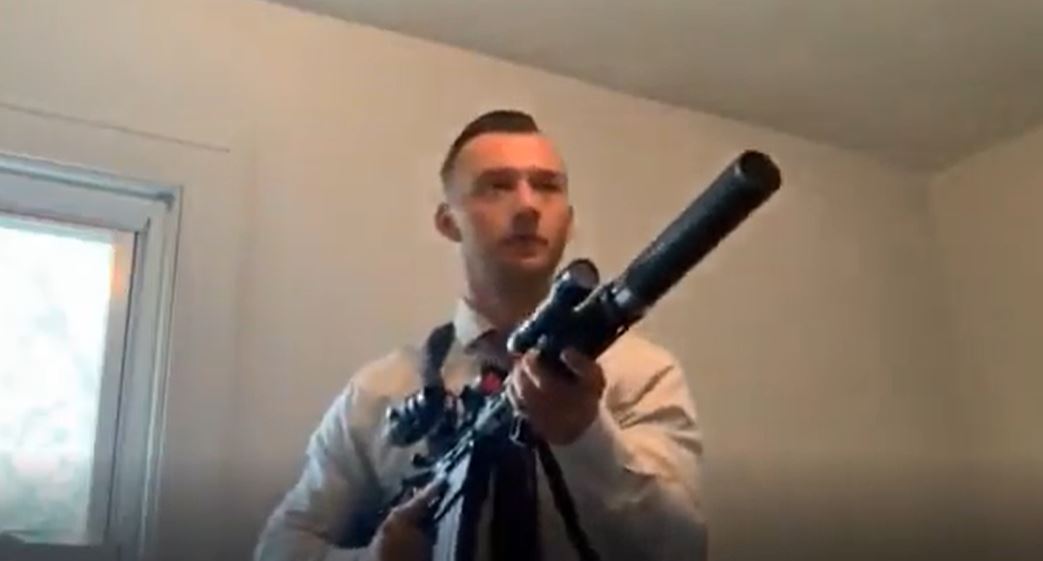 Accused plotter Daniel Harris, 23, said in another message: “Laying in bed, craziest idea. Have one person go to her house. Knock on the door and when she answers it just cap her.”

The videos and photos helped convince a federal magistrate judge to order five of the accused plotters to stand trial.

A two-day preliminary hearing in Grand Rapids this week featured testimony by one of the FBI agents who ran the investigation, relying on confidential informants and undercover agents .

“Training for things like breaching a house, using improvised explosive devices, assaulting cars, exfiltration from cars, this is a lot of non-standard stuff that raised some flags,” Assistant U.S. Attorney Nils Kessler told the court.

But defense lawyers argued there was no conspiracy and that the accused were merely exercising their 1st Amendment rights to free speech and assembly.

Scott Graham, an attorney for Kaleb Franks, said: “It’s loose talk What has been done to show you that there was an actual agreement?”

But US Magistrate Judge Sally Berens said the five men's cases can go to a grand jury, which will determine whether to issue indictments.

They are being held without bond and face charges of conspiracy to commit kidnapping charge that is punishable by up to life in federal prison.

A sixth man, Barry Croft, 44, of Bear, Delaware, is being transferred to Michigan to face the conspiracy charge.

Related posts:
Corrie fans notice Todd’s weird habit as he hides from violent gangsters
When is Anti-Slavery Day, what is modern slavery and how can you help stop trafficking?
Popular News
This ‘Unsolved Mysteries’ Death Is One Of The Strangest In The Series
19/10/2020
Man Utd wonderkid Ramon Calliste, called ‘the next Giggs’, now owns luxury watch business and makes £5m a year – The Sun
26/03/2020
Megan Thee Stallion Addresses Criticism Over Twerking: ‘I Love to Shake My A**’
26/03/2020
Police guard shops to stop coronavirus panic-buyers and enforce social distancing – The Sun
26/03/2020
Coronavirus: Good Morning Britain’s Dr Hilary reveals ‘game-changing’ self-testing kit
26/03/2020
Recent Posts
This website uses cookies to improve your user experience and to provide you with advertisements that are relevant to your interests. By continuing to browse the site you are agreeing to our use of cookies.Ok