Britain’s enemies could carry out a coronavirus-inspired bioterror attack, the new head of MI5 warned yesterday.

Ken McCallum said the UK’s adversaries will have taken note how the global pandemic has ‘turned the world upside down’ – and could try to make weapons from deadly viruses in future.

In his first speech since taking over as MI5’s director-general, he said Britain is facing a ‘nasty mix’ of threats which were becoming ‘more diverse and in some ways difficult to spot’, and that state-backed hostile activity was on the rise.

The spy chief said Russia is ‘providing bursts of bad weather’ but China is more fundamentally ‘changing the climate’ – and claimed MI5 would step up its response to the Communist state. 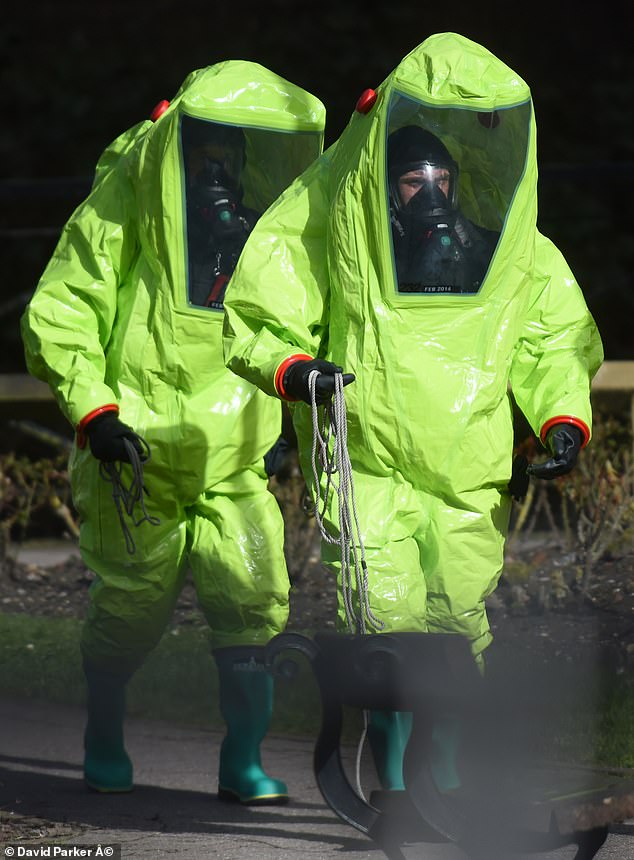 Mr McCallum, 45, a Glaswegian who has spent 24 years at MI5, said the possibility of a bioterror attack had been a threat for a generation – but that the devastating effects of coronavirus could spark ideas in Britain’s enemies.

A security source added: ‘Terrorists would love to replicate the mayhem caused by Covid’, but said MI5 has no intelligence that other countries are developing bio-weapons at this time.

Mr McCallum’s comments came amid warnings about the security of labs that develop and research deadly pathogens. 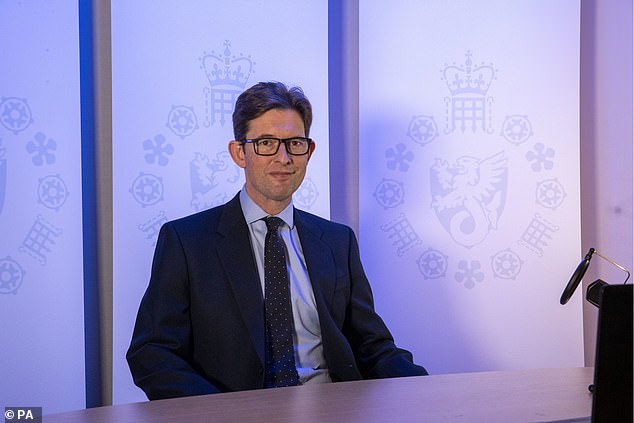 He added: ‘Deadly viruses could be stolen, or escape, from a research laboratory. The ability to manipulate viruses is becoming more available to despots and terrorists and people who want to create terror.’

In his speech outlining a range of threats facing Britain, Mr McCallum revealed how MI5 plans to step up its response to Chinese spying in Britain and told of the worrying rise in Right-wing terrorism – with eight plots thwarted by the spy agency since 2017.

He warned that more youngsters were being attracted to the cause. Mr McCallum, who became MI5 chief in April, said his spies had been helping to combat coronavirus by refocusing research on toxic chemicals to see how the virus could be dispersed in droplet form. 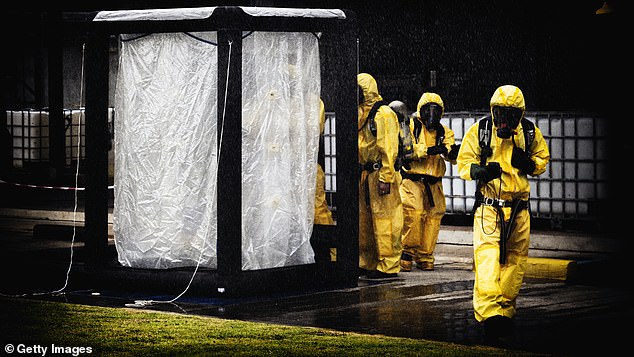 Mr McCallum, 45, a Glaswegian who has spent 24 years at MI5, said the possibility of a bioterror attack had been a threat for a generation – but that the devastating effects of coronavirus could spark ideas in Britain’s enemies (stock picture)

Medically-qualified MI5 officers also stepped away from their duties to support the NHS.

He added his staff were helping to ‘protect the integrity’ of the UK’s vaccine research, warning of Russian disinformation to try to undermine the credibility of Western jabs. The spy chief said MI5 is defending against threats to Britain’s economy, research and infrastructure.

Mr McCallum, who studied mathematics before joining MI5, did not go into detail about what the Security Service could do more of when it came to tackling the threat from China.

Prior to becoming the chief of the spy agency, he was in charge of all counter-terror investigations in the run-up to and during the 2012 London Olympics.

By Defence and Security Editor for The Daily Mail

Terrorists are hunting for fresh targets because there are fewer crowds amid the coronavirus pandemic.

He said the Security Service had been ‘rapidly adapting’ how it works to keep the country safe during the outbreak where there have been ‘near-empty streets’.

In a virtual speech, he said: ‘The big shifts in everyone’s lives – reduced travel, more online, and the rest – mean shifts in how our adversaries are operating. Fewer crowds mean terrorists look at different targets –online living means more opportunities for cyber hackers, and so on.

‘Equally, 2020 has demanded shifts in how MI5 itself has to operate… common sense will tell you that covert surveillance is not straightforward on near-empty streets.’

He also told how the agency had started using artificial intelligence to wade through evidence and spot images of ‘guns and Islamic State flags’. Mr McCallum also told how Britain’s spies had been helping to tackle coronavirus in a number of ways.

He said: ‘We’ve sought where we can to help on Covid itself – advising on the safe construction of Nightingale hospitals, repurposing research originally done on toxic chemicals to help understand how Covid in droplets might disperse in certain environments [and] offering our skills in data analytics and modelling.’

He said much of the help simply involved allowing medically-qualified MI5 officers ‘to step away from their duties and directly support our NHS’.

Related posts:
BREAKING: Airline crew spot person in a jet pack flying near LAX
'The Office' Star Says This Moment Is Jim and Pam 'Trying To Figure Out How To Love Each Other'
Popular News
Sleep apnoea: Do you sleep alone? A new app could assess your risk of the condition
25/10/2020
Man Utd wonderkid Ramon Calliste, called ‘the next Giggs’, now owns luxury watch business and makes £5m a year – The Sun
26/03/2020
Megan Thee Stallion Addresses Criticism Over Twerking: ‘I Love to Shake My A**’
26/03/2020
Police guard shops to stop coronavirus panic-buyers and enforce social distancing – The Sun
26/03/2020
Coronavirus: Good Morning Britain’s Dr Hilary reveals ‘game-changing’ self-testing kit
26/03/2020
Recent Posts
This website uses cookies to improve your user experience and to provide you with advertisements that are relevant to your interests. By continuing to browse the site you are agreeing to our use of cookies.Ok