Melbourne's Myer Christmas windows are officially back on, a month after it was announced the 65-year-old tradition had been scrapped due to COVID-19 restrictions.

Myer and Melbourne City Council confirmed planning for a COVID-safe version of the event was under way, hinting that the decorative display on Bourke Street Mall would have a "very Melbourne" theme this year. 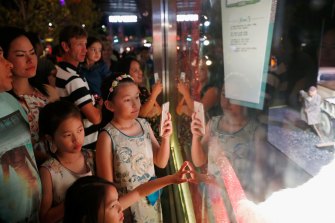 Melbourne City Council passed an urgent motion two weeks ago to negotiate a lifeline funding package to make sure the annual Christmas windows display went ahead.

The details of the funding have not been released, but council CEO Justin Hanney told radio station 3AW on Thursday morning he was happy that Myer had "come to the party". 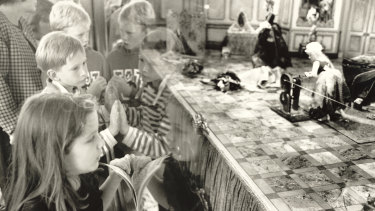 "It's great news for Melbourne," he said.

A spokesman for Myer said details about what the window display would look like under COVID-19 restrictions would be revealed in the next few weeks, while Mr Hanney confirmed the council would be in charge of enforcing social distancing.

Mr Hanney said the theme for the windows was already locked in but did not give too much away.

The windows usually bring "tens of thousands" of people to the city each festive season, Mr Hanney said.

"The Christmas trading season is traditionally the most important time of year for city retailers and the Christmas Festival usually provides a $73 million economic boost for local businesses.

"This year’s Christmas Festival program will really focus on supporting the city’s retail and hospitality businesses while providing a uniquely Melbourne Christmas atmosphere and experience.

"We’re looking at ways to bring people back into the city to see decorations, light installations, enjoy festive music and other experiences to encourage Melburnians to spend in our stores and hospitality venues."

Before Melbourne's rolling lockdowns first took effect, almost 1 million people travelled into a bustling CBD each day. In August, the city centre recorded a grim milestone as the number of pedestrians plummeted by 90 per cent. 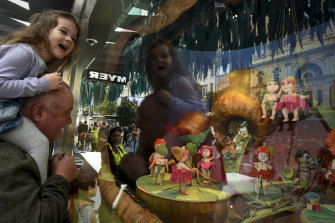 The Christmas windows in 2019. Credit:Penny Stephens

With foot traffic mostly gone, the City of Melbourne estimates retail vacancy rates will rise from 3 per cent before lockdown to 7 per cent.

Related posts:
'The Flash': Grant Gustin and Candice Patton Teased More Barry and Iris in Season 7
Adrian Groulx, Bradley Constant & Uli Latukefu Cast As Young Dwayne Johnsons In New TV Show ‘Young Rock’
Popular News
Imax Chief on ‘Tenet,’ ‘Wonder Woman 1984’ and How the Company Is Handling Coronavirus
29/10/2020
Man Utd wonderkid Ramon Calliste, called ‘the next Giggs’, now owns luxury watch business and makes £5m a year – The Sun
26/03/2020
Megan Thee Stallion Addresses Criticism Over Twerking: ‘I Love to Shake My A**’
26/03/2020
Police guard shops to stop coronavirus panic-buyers and enforce social distancing – The Sun
26/03/2020
Coronavirus: Good Morning Britain’s Dr Hilary reveals ‘game-changing’ self-testing kit
26/03/2020
Recent Posts
This website uses cookies to improve your user experience and to provide you with advertisements that are relevant to your interests. By continuing to browse the site you are agreeing to our use of cookies.Ok