Coronavirus can be spread through surfaces such as the shoe soles of patients and medics, according to new scientific studies.

Medical staff and pharmacy workers are being warned to disinfect their footwear after researchers discovered the virus can be transmitted on shoes.

Chinese scientists examined surface and air samples from both an intensive care unit and general COVID-19 ward at Huoshenshan Hospital in Wuhan, where the disease was first discovered last December and spread to become a global pandemic.

According to a report from the Centers for Disease Control and Prevention around half of healthcare workers in ICUs carried the coronavirus on the soles of their shoes.

Researchers found that there was a 100 per cent positivity rate from the floor of the pharmacy that was tested, where only health-care workers traveled, not infected patients. 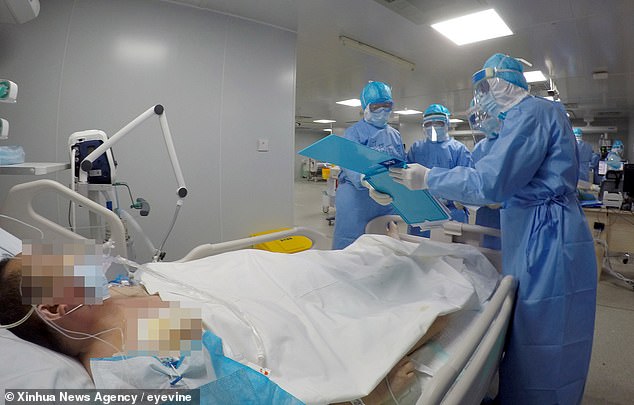 Medical workers of the ICU at the Huoshenshan (Fire God Mountain) Hospital in Wuhan, where Chinese scientists examined surface and air samples from both an intensive care unit and general COVID-19 ward 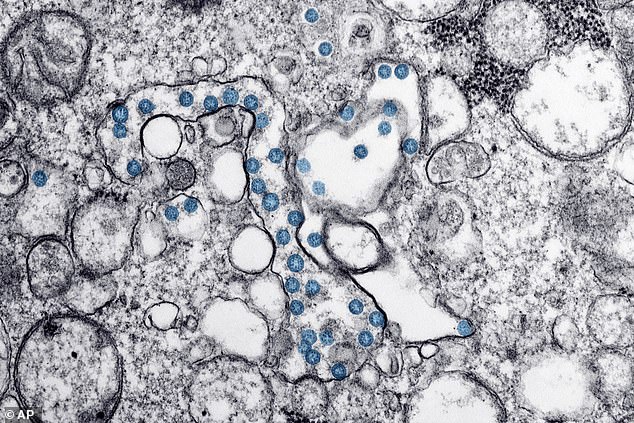 The spherical particles of the new coronavirus, colorized blue, from the first US case of COVID-19 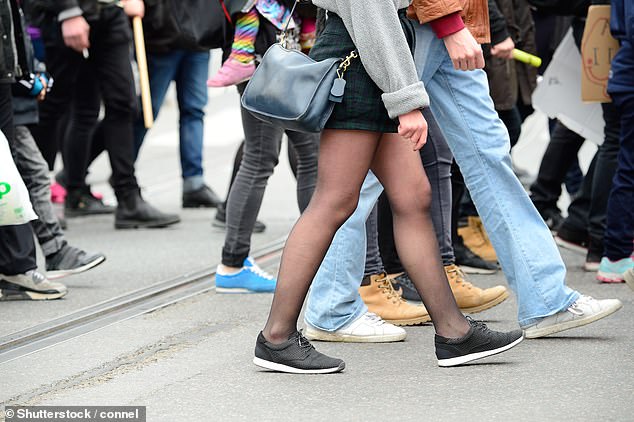 How long can corornavirus survive on various surfaces?

Aerosols: up to 3 hours

Copper: up to 4 hours

Cardboard: up to 24 hours

Stainless Steel: up to 2-3 days

The disease can also travel through the air at least 13 feet, twice the government’s social distancing rules, the report said.

The Chinese team, from the Academy of Military Sciences in Beijing, tested the concentration of the disease on surfaces.

Their findings, published in the journal Emerging Infectious Diseases, were that the virus was most heavily concentrated on the floors of the wards, ‘perhaps because of gravity and air flow causing most virus droplets to float to the ground’.

‘Furthermore, half of the samples from the soles of the ICU medical staff shoes tested positive,’ the team wrote in the study.

‘Therefore, the soles of medical staff shoes might function as carriers.

‘We highly recommend that persons disinfect shoe soles before walking out of wards containing COVID-19 patients.’ 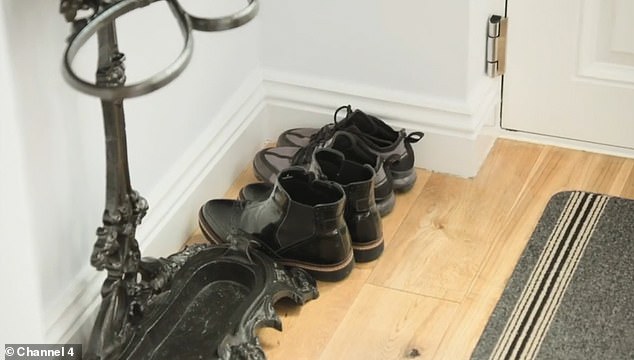 Researchers in China found that there was a 100 per cent positivity rate from the floor of the pharmacy that was tested. The public were also warned to only wear one pair of shoes outside

Virologist Dr Lisa Cross also waned the public to be careful about washing their footwear to stop the spread of the virus.

She told Channel 4’s How Clean Is Your House that only one pair of shoes should be worn outside the house and should be taken off on entering the home due to the risk of spreading the virus indoors.

During the show on Friday, Dr Cross said that the virus can survive on shoe soles for anywhere between three and five days.

Dr Cross added: ‘When you first come in from the outside, take off your shoes immediately.

‘Most shoes have a non-porous rubbery sole, which the virus can survive on anywhere between three and five days.’ 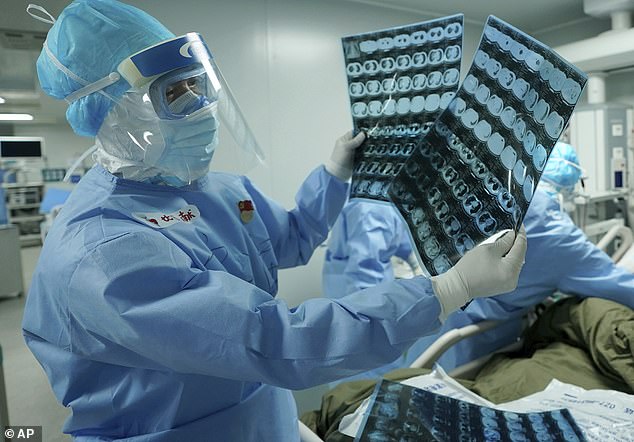 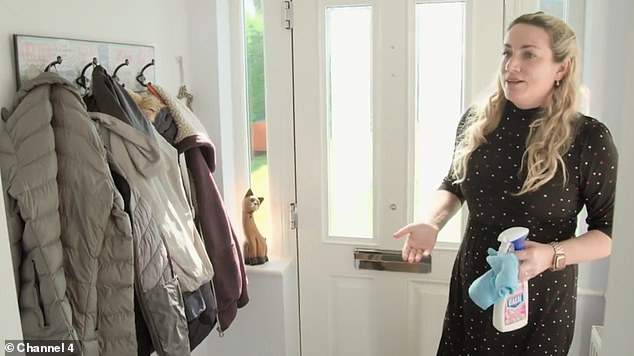 The scientific team in China also observed so-called aerosol transmission – when the droplets of the virus are so fine they become suspended and remain airborne for several hours.

Encouragingly, no members of the hospital staff were infected, ‘indicating that appropriate precautions could effectively prevent infection’, the authors wrote.

The researchers found that virus-laden aerosols were mainly concentrated downstream from patients at up to 13 feet, though smaller quantities were found also observed upstream up to eight feet away.

It suggests that the government’s six-feet distancing guidance does not go far enough.

However, it remains unclear if these ultrafine particles are infectious and the World Health Organization has so far downplayed the risk.