A DOG owner has spoken of her horror after a balaclava-clad gang wielding machetes and an axe stole her beloved puppy from her home. 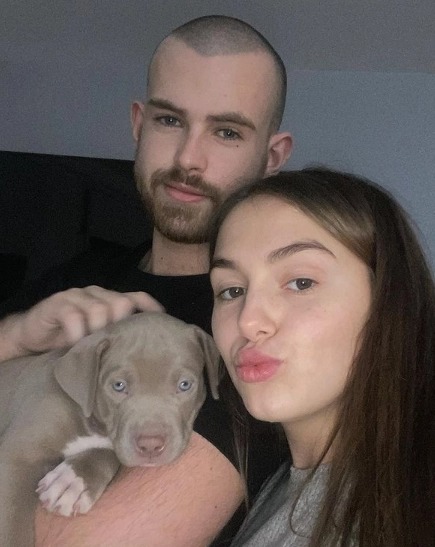 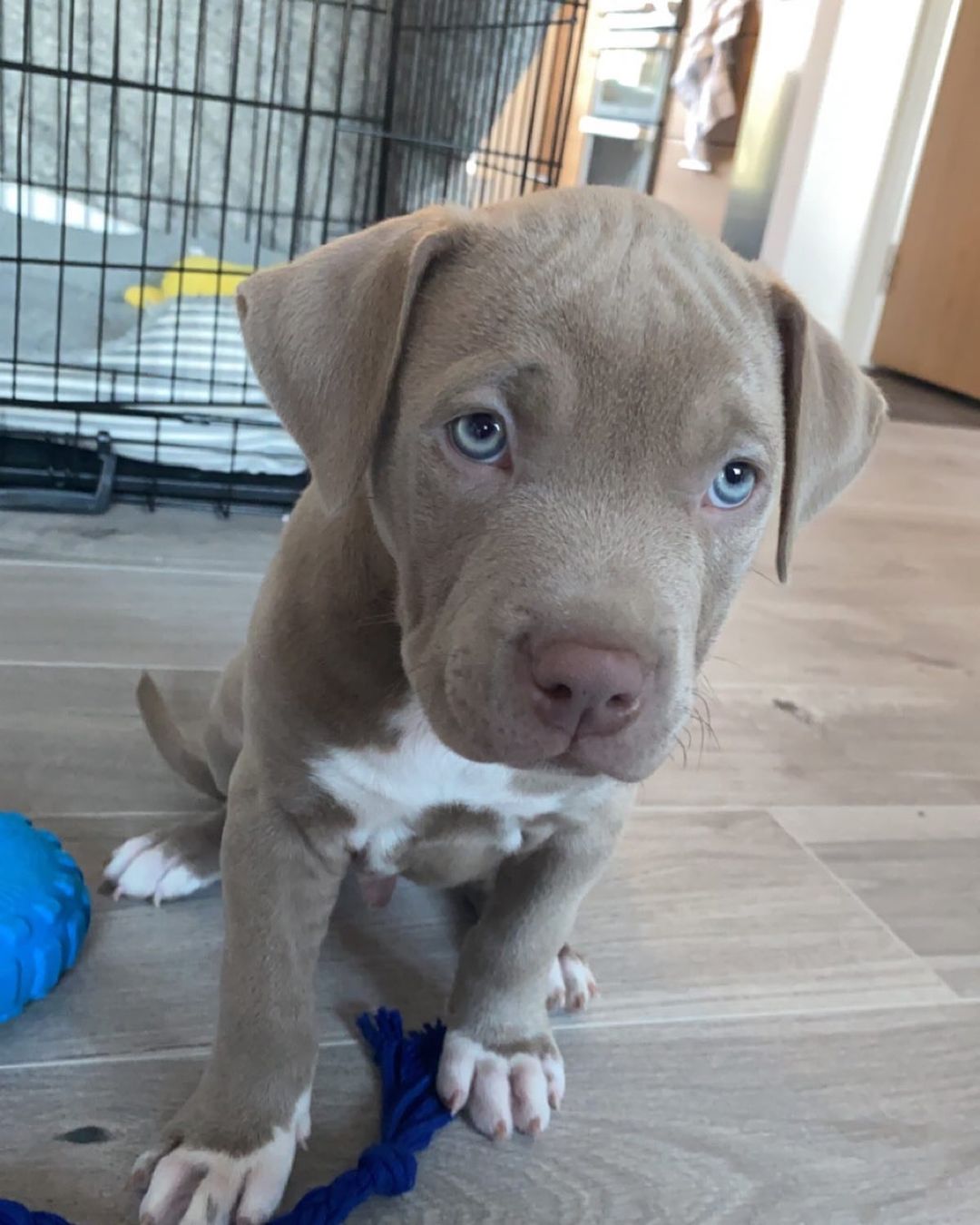 David was alone in the house in Pollok, Glasgow, on Wednesday night and thought it was a piri piri chicken takeaway delivery when the doorbell rang.

The terrifying theft of the American Bully XL took seconds from beginning to end, raising fears it was a targeted attack.

The devastated hairdresser had saved for months using 21st birthday money – and even took on a second job to pay for the expensive breed.

Cairo has never been outside the house because of the time taken to get his jags – and Caitlin fears the dognappers have clocked the pooch after she set up an Instagram for him. 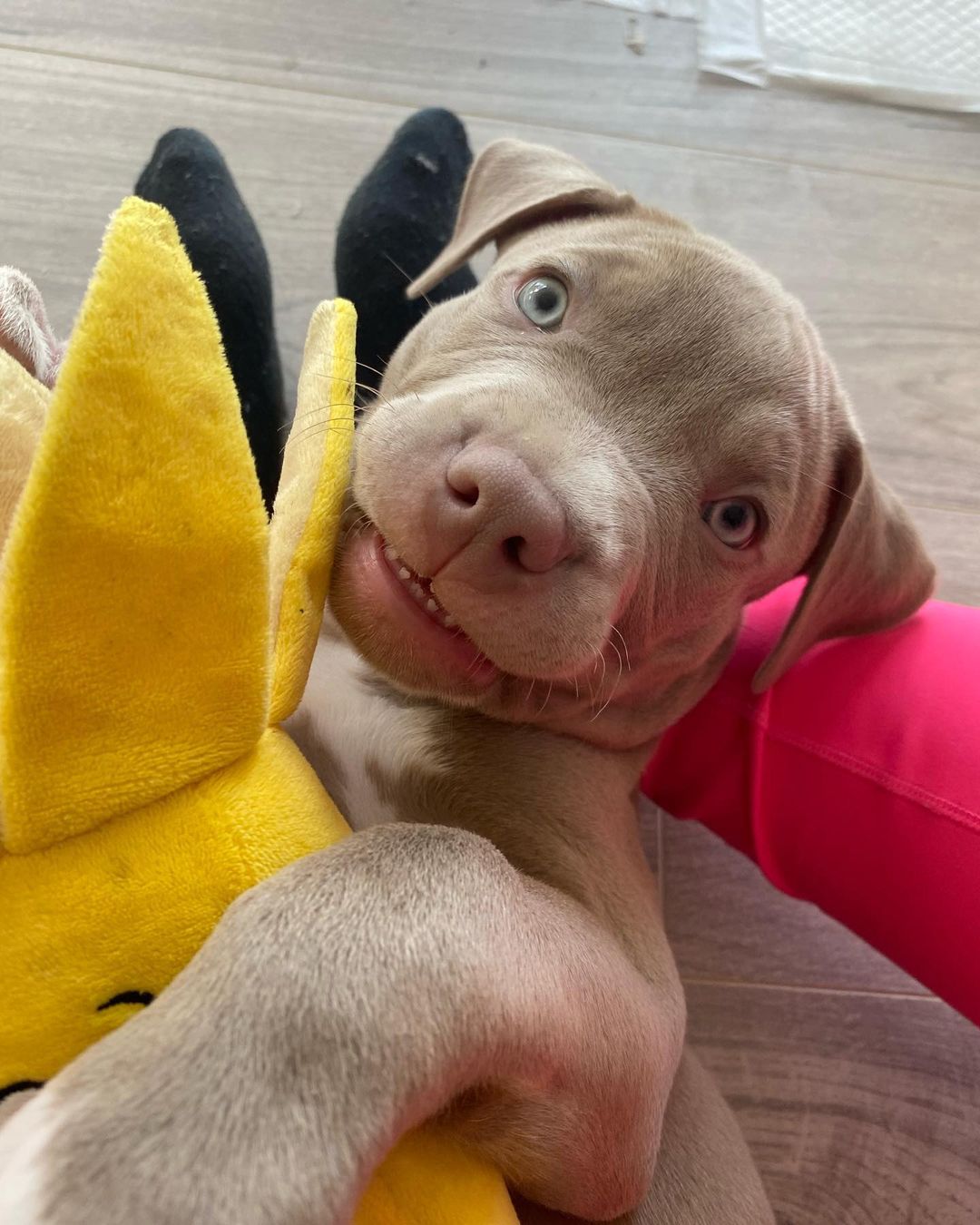 She said: "David's been left in shock and I'm utterly devastated."It feels like I've lost my child, I feel so empty.

"How anyone can do this to another person is beyond me. I just want him back."

The raiders struck at 9.40pm on Wednesday night, around five minutes before Caitlin returned home from work in nearby Barrhead, Renfrewshire.

She said: "David phoned and said three guys had just burst in the home with weapons and balaclavas and stolen Cairo. 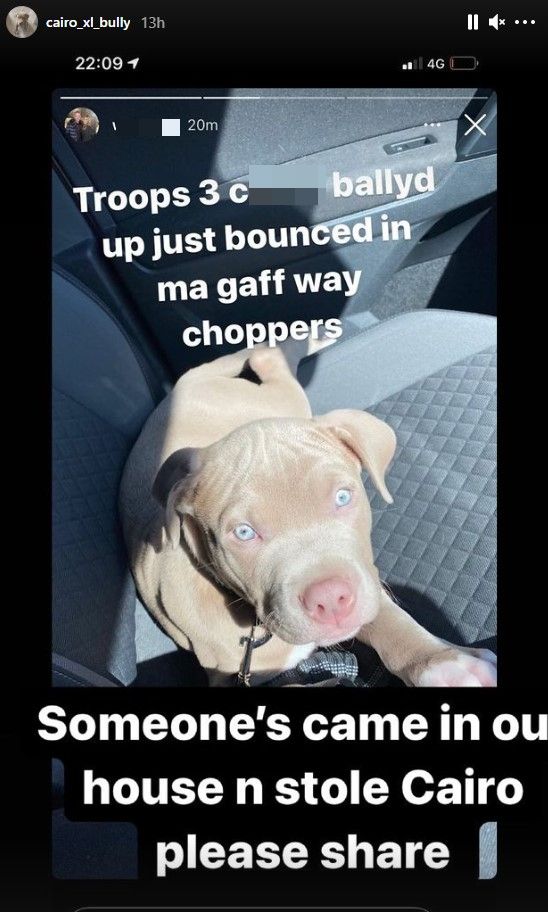 "I thought he was winding me up but I got home and he was in a total state. The first guy grabbed his T-shirt, forced him to the floor and said 'get on the floor ' in a local accent while an axe was held to his head and a machete at his throat.

"One of them ran through to the living room, took Cairo and they all ran off.

"There are other things they could have taken but they came for him."

After cops were called Caitlin began driving round Pollok trying to find a possible getaway car and she has personally chapped doors in the area looking for CCTV.

David's T-shirt has also been removed by cops in the hope of finding DNA evidence.

Caitlin said they heard people outside their home at 4am on Wednesday morning and fears it was the gang staking out the property.

She said: "Maybe we're being paranoid but that's what we think. But while we've never had him on the street, he does have an Instagram so maybe they have seen him that way.

"My only fear was Cairo getting snatched off the street when I'm walking him, I never expected this."

She said: "He's such a hyper dog and so happy. If they want money, it's there. I just want him back.

"Whatever happens after that will happen – but I hope they rot in jail."

Cops are now appealing for help in tracing the yobs and the dog.

The suspects are described as three men, tall and all with muscular builds.

At the time of the incident they were wearing black balaclavas and dark-coloured tracksuits.

After the incident, the thugs headed east in the direction of Meiklerig Crescent towards Linthaugh Road, carrying the puppy.

Detective Constable Christopher Sneddon said: “Thankfully nobody has been injured as a result of this incident but the owner has been left evidently shaken.

“We are appealing to anyone who may have noticed three men acting suspicious in the area to come forward and speak to officers.

“If there is anyone who has possible CCTV or dashcam footage that could assist with our enquiries, please get in touch with police.

“I would also ask if anyone is approached about buying a puppy similar to this to get in contact with police.