'Major incident' in locked down Manchester as cases keep going UP

The Government will start testing sewage to track coronavirus and could ban domestic travel to stop local outbreaks.

Infected people are thought to shed coronavirus material in faeces soon after symptoms appear, meaning sewage could act as a quicker indicator of the presence of Covid-19 than swab tests.

This has led the government to ramp up mass sewage testing nationwide after trials across 44 sites in England were able to identify local infection rises.

A wave of localised flare-ups across England has prompted Downing Street to discuss radical proposals to shake up its crisis response.

This could include banning travel in and out of areas with high infections as part of a ‘flexible’ strategy to avoid another national lockdown and derail the economic recovery.

The notion of domestic travel bans has resurfaced in government in recent days, having initially been touted in the early stages of the pandemic when London bore the brunt of cases and was feared to be an epicentre. 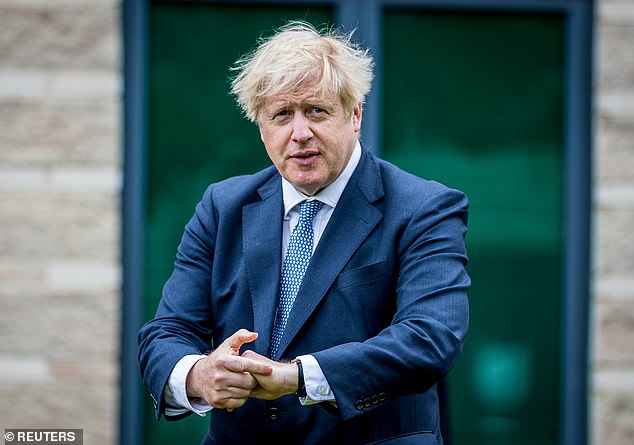 Scientists have long known that coronavirus can be detecting in sewage, with tests in Barcelona showing the virus was circulating as far back as March 2019.

This led to British scientists conducting their own trials, which confirmed the measure was accurate and could be rolled out nationwide.

Environment Secretary George Eustice told the Sun: ‘The aim of this new research is to give us a head start on outbreaks.

‘We are working closely with researchers, water firms and the devolved governments.’ Analysis from Bangor University showed that the volume of coronavirus in sewage samples plummeted after lockdown was imposed.

Professor Davey Jones, who contributed to the study, told the British Medical Journal: ‘If there’s one person infected in a population of 10,000, we can pick it up. It’s that sensitive.’

Testing sewage could also be safer than swab tests as there is no evidence the virus can be spread via waste water, according to the World Health Organisation.

The measure is part of a wider shake-up of the government’s response to coronavirus in the wake of a series of localised flare-ups.

This could include banning travel between areas with high infection rates.

The Times reports the notion of domestic travel bans has resurfaced in government in recent days, having initially been touted in the early stages of the pandemic when London bore the brunt of cases and was feared to be an epicentre.

The plans to insulate the capital to stem the spread of Covid-19 were shelved, but could be revived as part of Boris Johnson’s new targeted approach.

Beefed-up powers have already handed ministers the ability to mandate such travel bans with police enforcement. 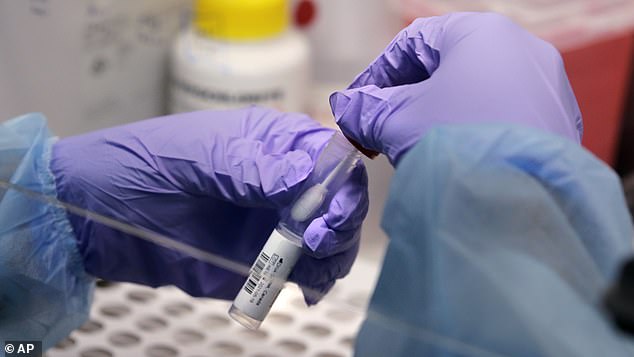 Sewage could act as a quicker indicator of the presence of Covid-19 than swab tests. File photo

A major incident was declared in Greater Manchester today due to increases in coronavirus infection rates across ‘multiple localities’.

The decision to up the readiness of emergency and public services to respond to the escalating Covid-19 transmission rate in the region comes after the Government announced new lockdown restrictions for parts of north-west England on Thursday.

Health Secretary Matt Hancock announced late on Thursday that people from different households in Greater Manchester, parts of east Lancashire and West Yorkshire would be banned from meeting each other inside their homes or in gardens following a spike in virus cases.

The new rules also banned members of two different households from mixing in pubs, restaurants and other hospitality venues, but those businesses are permitted to remain open for those visiting individually or from the same household.

Officials have also drawn up plans that could see millions of people asked to stay at home if a second wave of coronavirus infections takes hold.

Under one option, people aged between 50 and 70 would get personalised risk ratings as part of a significant widening of the shielding programme. 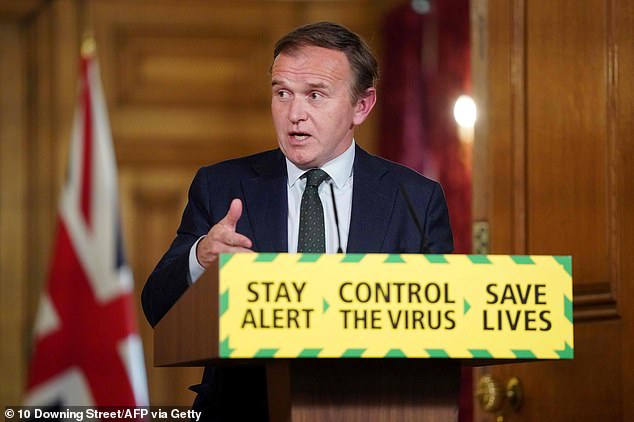 The plan attracted a storm of protest last night, with critics claiming it failed to recognise the important contribution over-50s make to the economy and risked stigmatising older people in the workplace.

Labour peer Lord Foulkes said: ‘It is both ageist and ill-thought-out. Some under-50s have underlying health conditions, while some over 50s are key to our economy.’ Dame Esther Rantzen said people of the same age cannot be lumped together as being identical.

But the 80-year-old said she would be prepared to stay at home to prevent another lockdown for all age groups.

Housing Secretary Robert Jenrick last night attempted to defuse the row as he insisted that talk about expanding the shielding programme was ‘just speculation’.

He added: ‘You would expect the Government to be considering all of the range of options that might be available.’