SWEDEN recorded its highest death tally in 150 years during the first six months of the coronavirus pandemic, says its Statistics Office.

Covid-19 claimed about 4,500 lives of the 51,405 who died in the period to the end of June – a much higher percentage than in other Nordic nations. 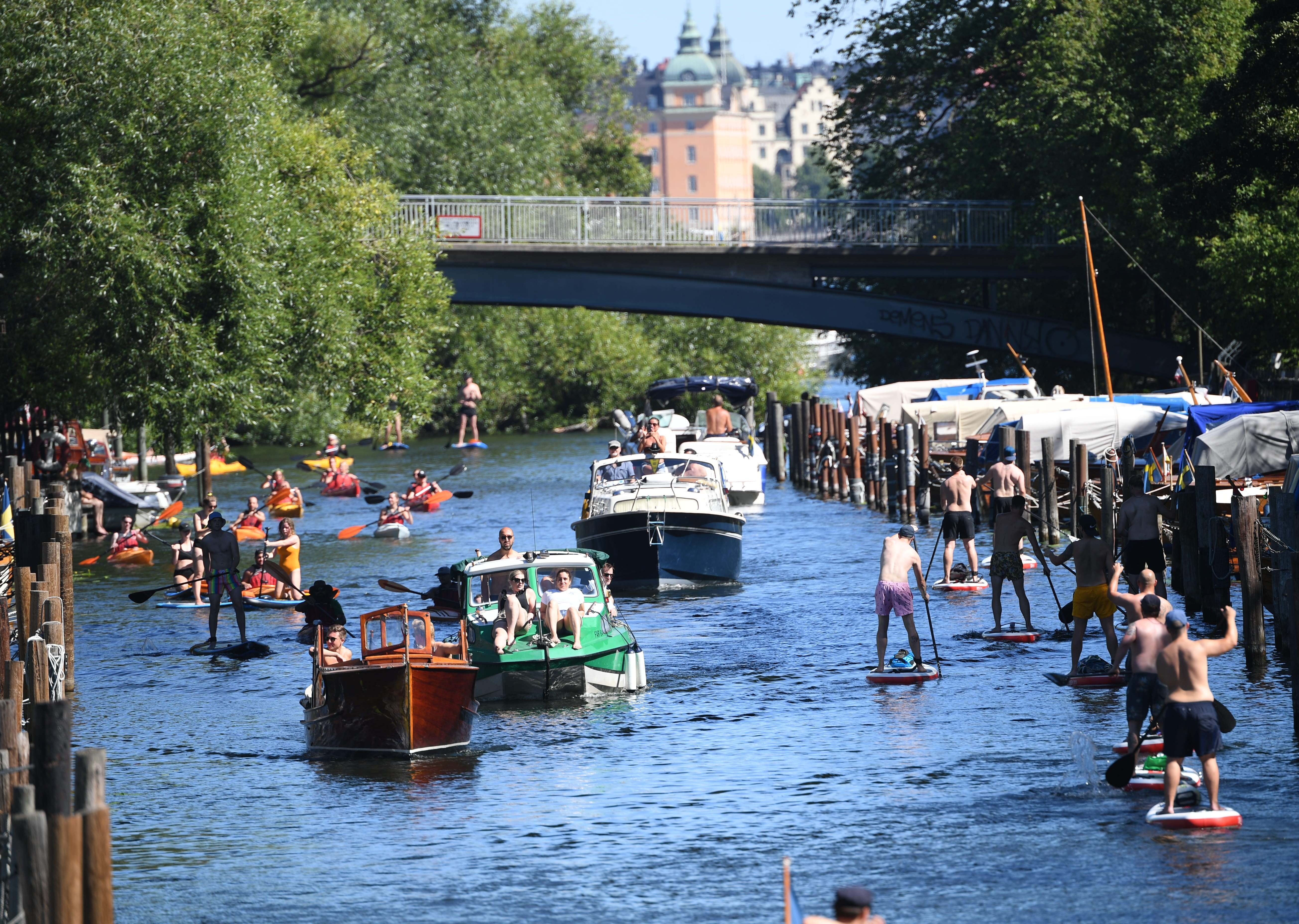 Sweden, unlike the rest of Scandinavia, chose not to close schools and businesses to fight the spread of the deadly bug.

Coronavirus has now claimed 5,800 lives in Sweden, which has stood out among European countries for its low-key approach to fighting the pandemic.

The Statistics Office said on Wednesday that, in total, 51,405 Swedes died in the January-to-June period.

The population of Sweden was around 4.1million then, compared to 10.3million now.

Covid-19 meant that deaths were about 10 percent higher than the average for the period over the last five years, the Statistics Office added.

In April, the number of deaths was almost 40 per cent higher than average due to a surge in Covid-related fatalities. 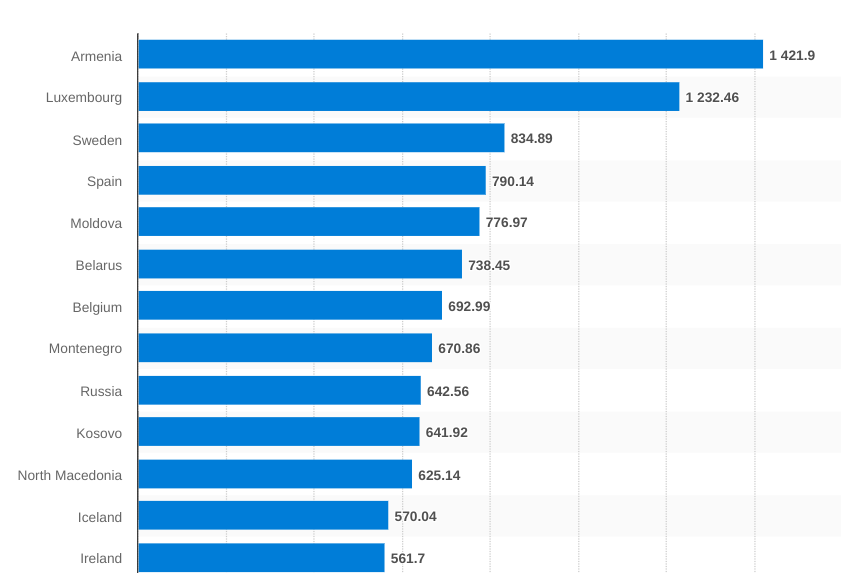 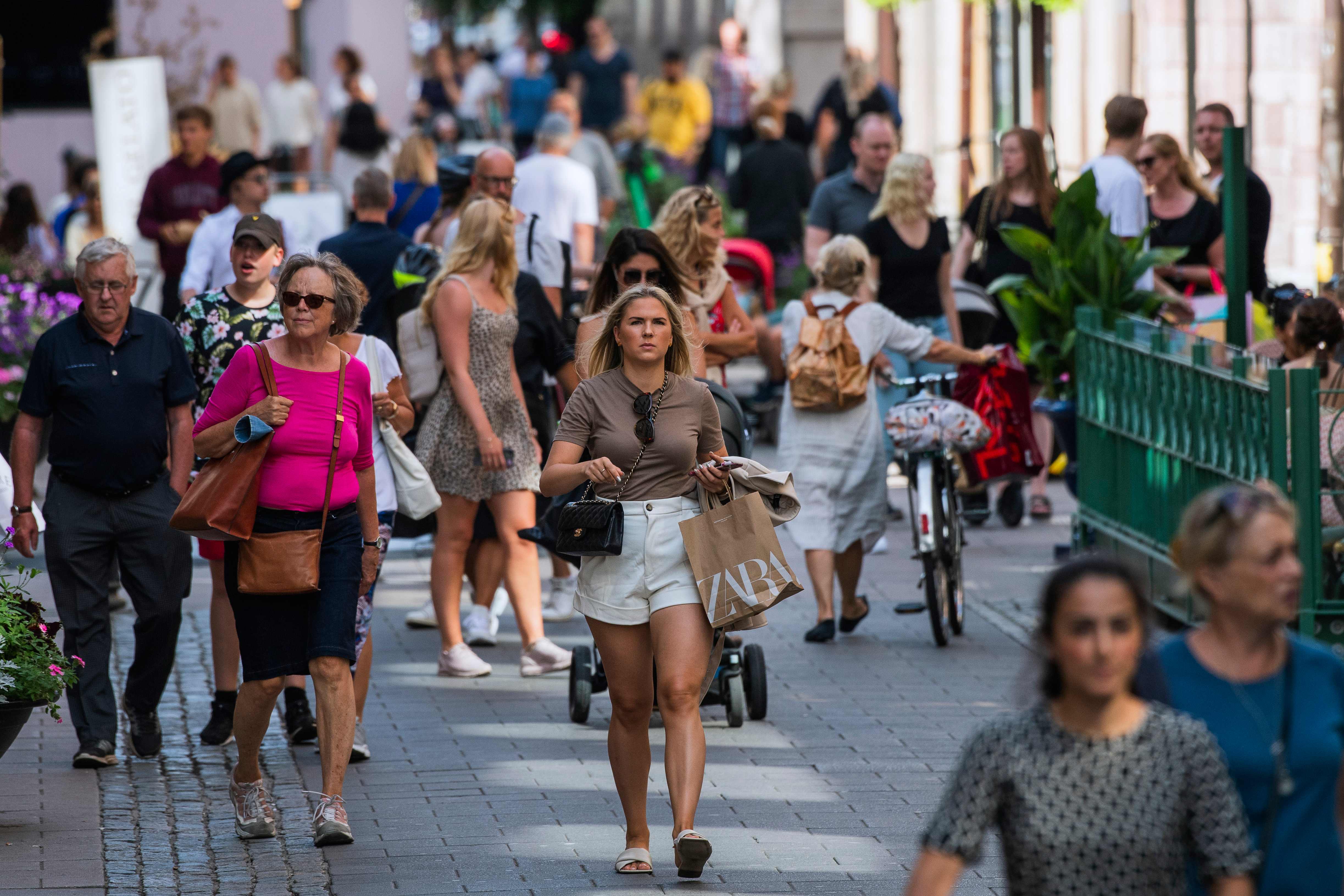 Sweden has taken a different approach to most European countries in dealing with the pandemic, and has controversially shunned a strict lockdown.

Rather than make face coverings mandatory or shutter shops, the country has relied on voluntary measures focused on social distancing.

Most schools have remained open and many businesses have been continued to operate to some extent, meaning the economy has fared better than many others.

However, the death toll has been higher than in its Nordic neighbours, which opted for tougher lockdown measures.

Norway, with around half the population, has had only about 260 Covid deaths in total by comparison. 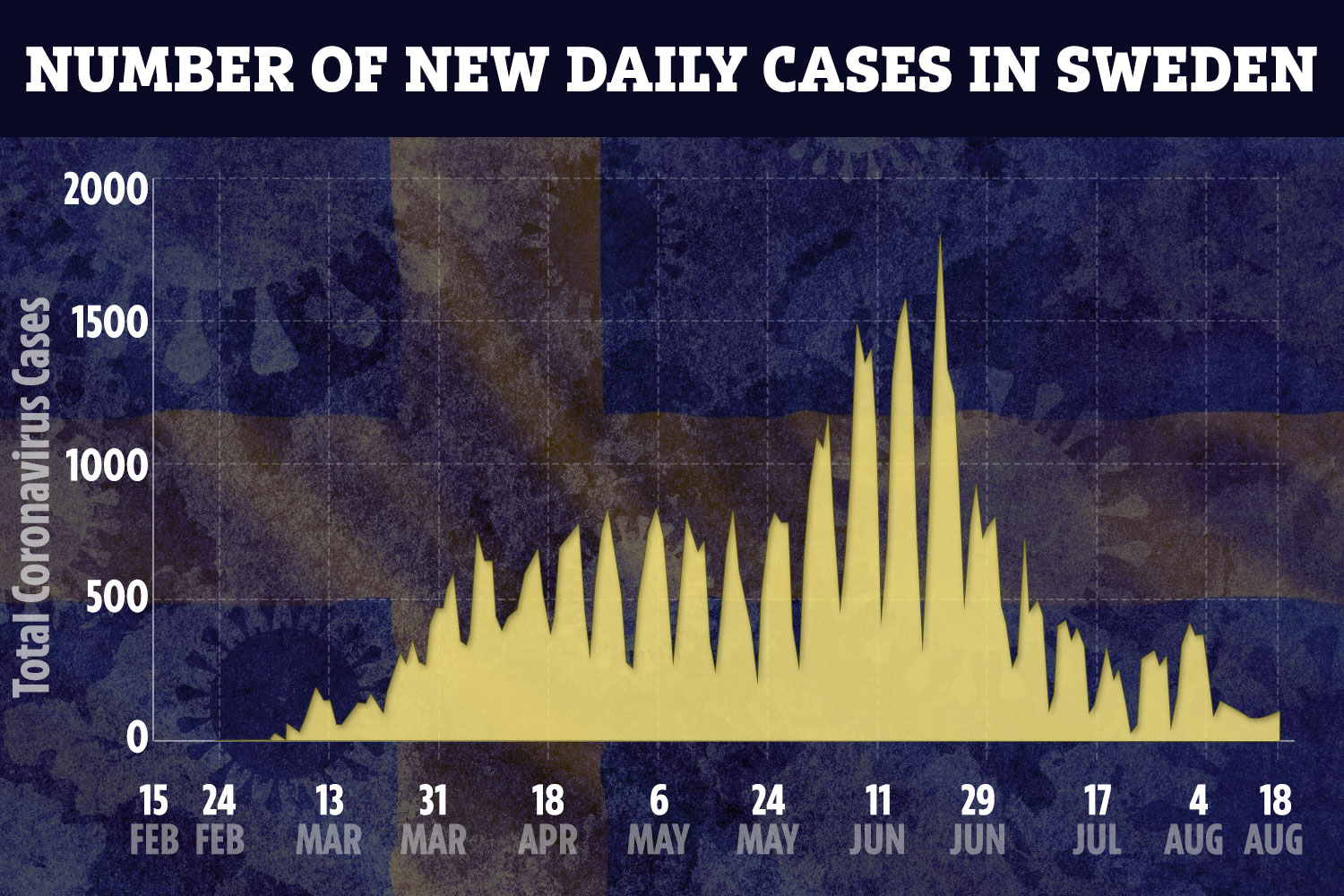 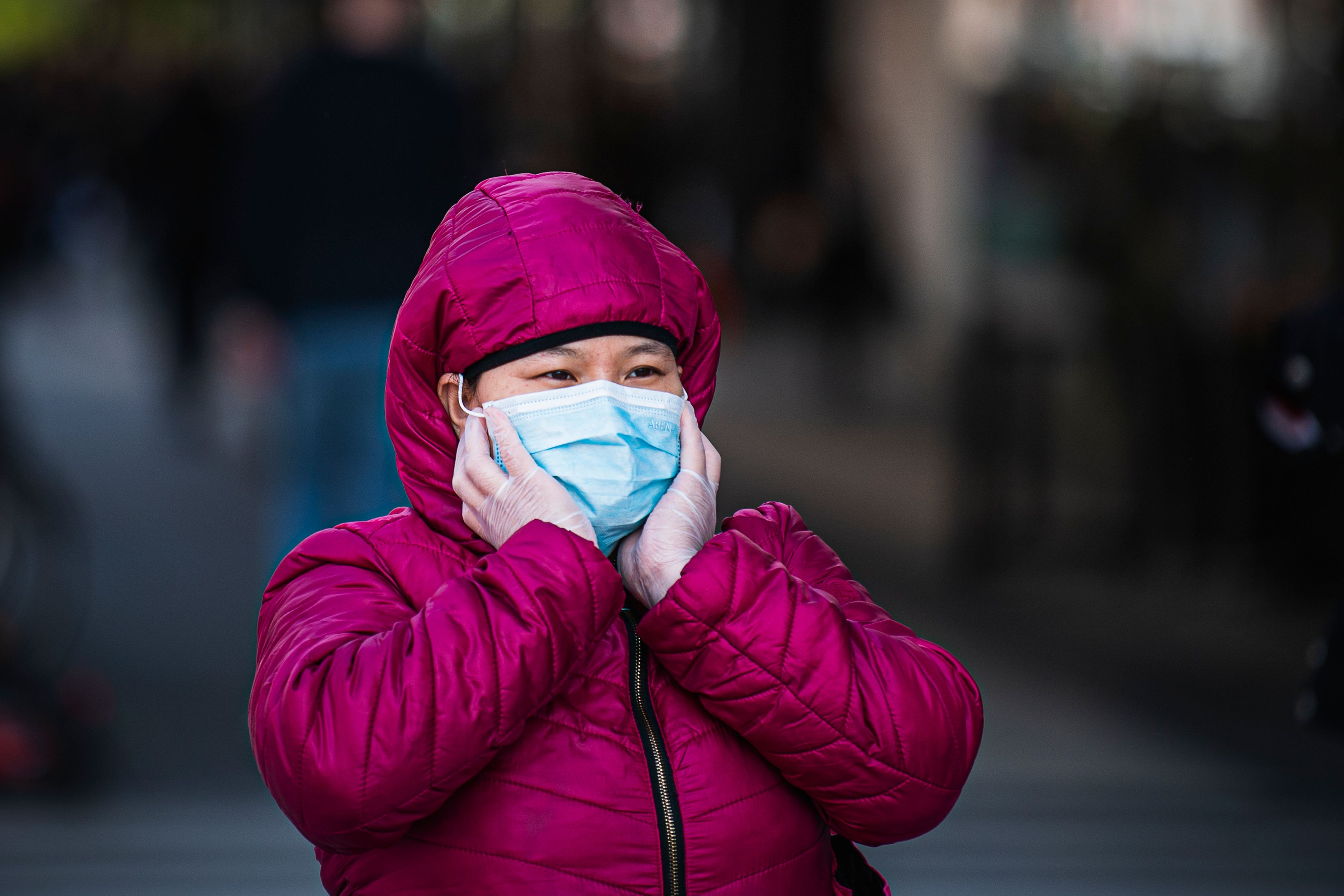 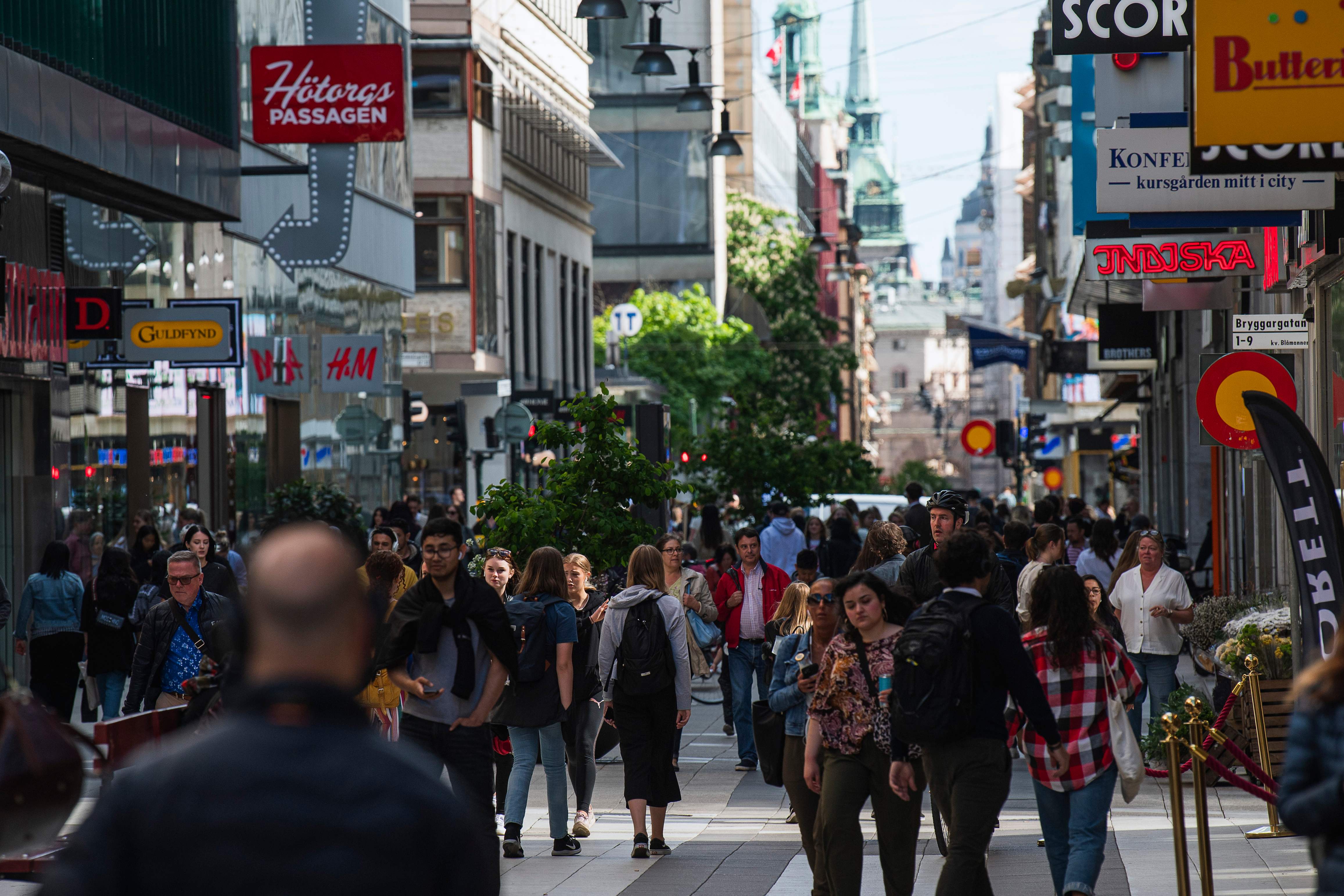 The Statistics Office reported this week that Sweden has also seen low population growth during the pandemic.

The population growth in the first six months of the year was 24,801 people, "which was the lowest population increase since 2005", officials said.

They added: "The low population growth is the result of a substantial drop in immigration and a higher number of deaths during the coronavirus pandemic."

The figures come as Sweden's top coronavirus expert described the use of face masks as "very dangerous" and is adamant that the country will not force people to wear them.

Anders Tegnell is sceptical that face masks will control the spread of Covid-19 because they give the impression that it's safe to be in a crowded room or on public transport.

Mr Tegnell said that infections were rising in countries such as Belgium and Spain where the wearing of face coverings is mandatory.

"It's very dangerous to believe face masks would change the game when it comes to Covid-19," he told the Financial Times.

"Face masks can be a complement to other things when things are safely in place.

"But to start with having face masks and then think you can crowd your buses or your shopping malls – that's definitely a mistake." 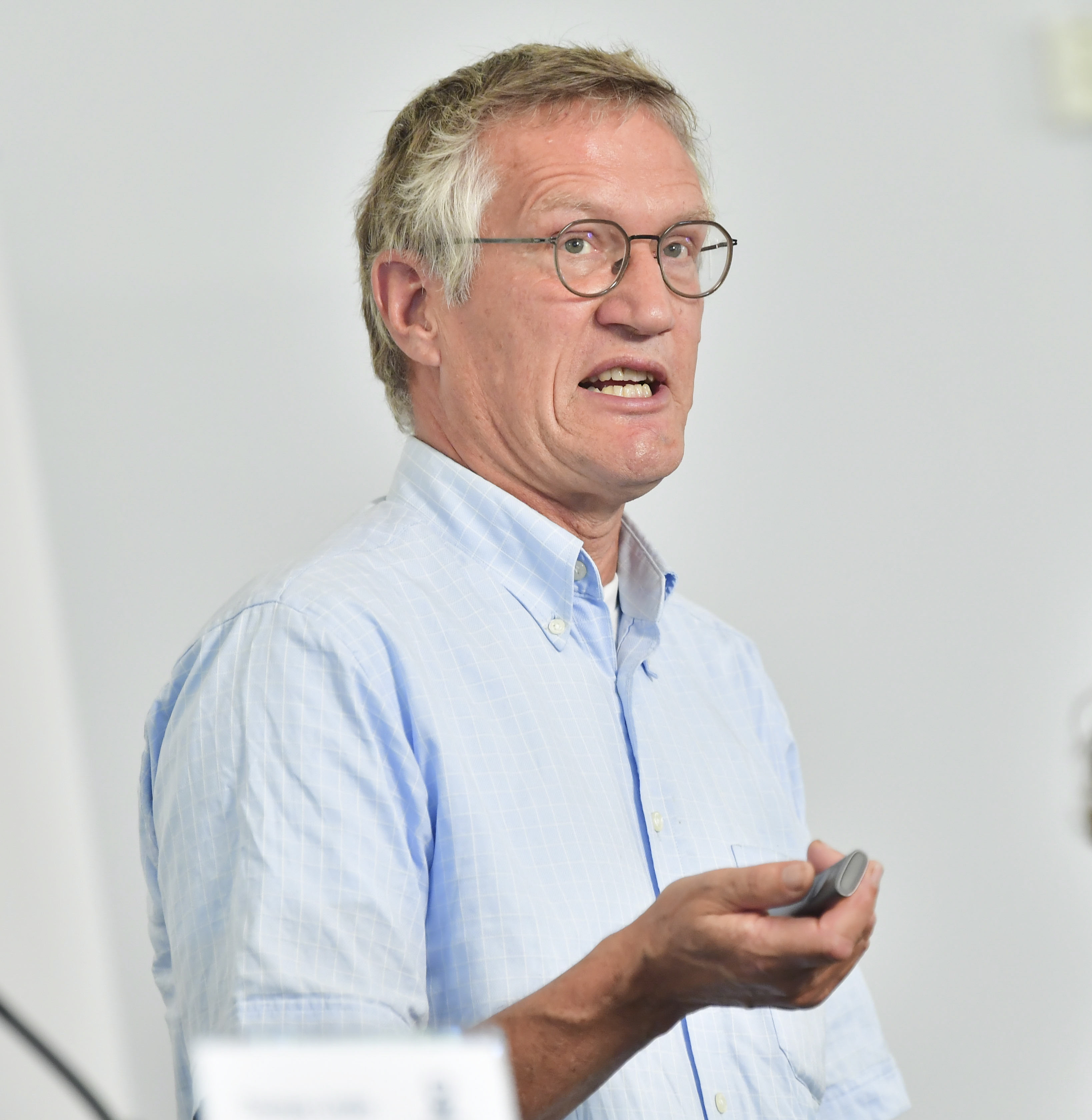 Related posts:
Anti-vaxxer Djokovic claims he'd hold disastrous Adria Tour AGAIN and feels no guilt about players catching coronavirus
Jared Padalecki and Jensen Ackles Back on Supernatural Set as Filming Resumes on Final Episodes
Popular News
Prem stars to wear rainbow laces again this month to show league's commitment to diversity
02/12/2020
Man Utd wonderkid Ramon Calliste, called ‘the next Giggs’, now owns luxury watch business and makes £5m a year – The Sun
26/03/2020
Megan Thee Stallion Addresses Criticism Over Twerking: ‘I Love to Shake My A**’
26/03/2020
Police guard shops to stop coronavirus panic-buyers and enforce social distancing – The Sun
26/03/2020
Coronavirus: Good Morning Britain’s Dr Hilary reveals ‘game-changing’ self-testing kit
26/03/2020
Recent Posts
This website uses cookies to improve your user experience and to provide you with advertisements that are relevant to your interests. By continuing to browse the site you are agreeing to our use of cookies.Ok