Ruff and tumble! Labrador refuses to cut puppy any slack in tug-of-war over a sock

A determined dog showed no mercy as it decided to go head-to-head with a puppy in a tug-of-war battle.

Footage, filmed in Lynchburg, Virginia, shows the Labrador Retriever follow the small puppy as it tries to flee with a sock. 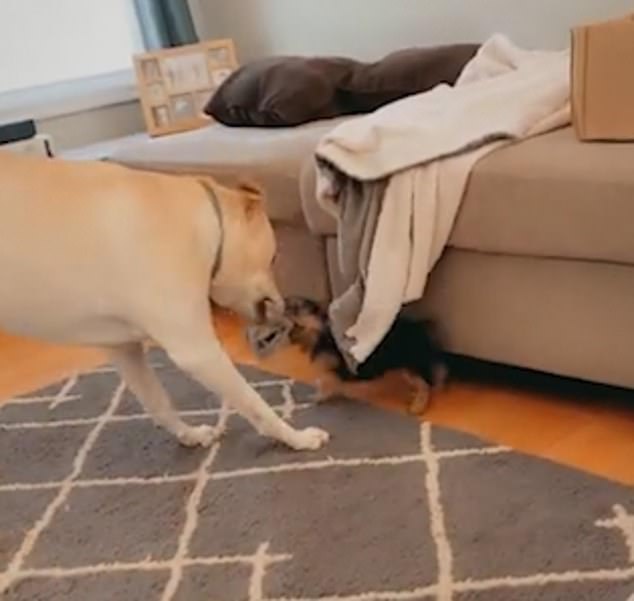 The Labrador Retriever pulls the sock from the small puppy’s mouth at a home in Lynchburg, Virginia 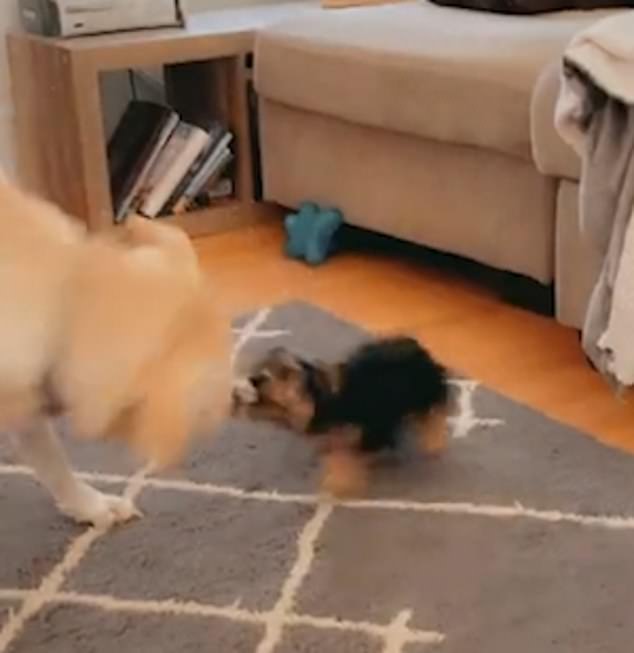 During the clip, which was filmed on July 31, the dog follows the small canine as it runs with the sock in its mouth towards a sofa.

The Labrador Retriever grabs hold of the garment and pulls at it as the small puppy tries to hold on for dear life.

Within seconds, the dog uses its strength to tug even harder at the sock and flings the puppy across the room.

The startled puppy spins across the floor before admitting defeat and watching the big dog walk away with the sock. 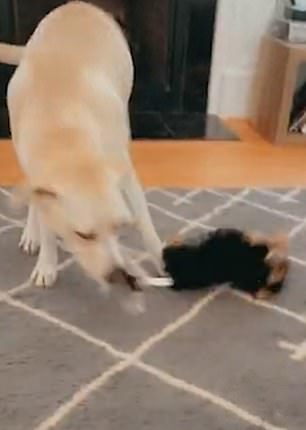 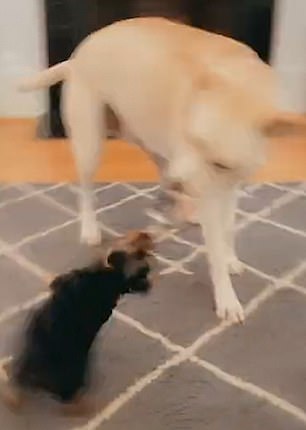 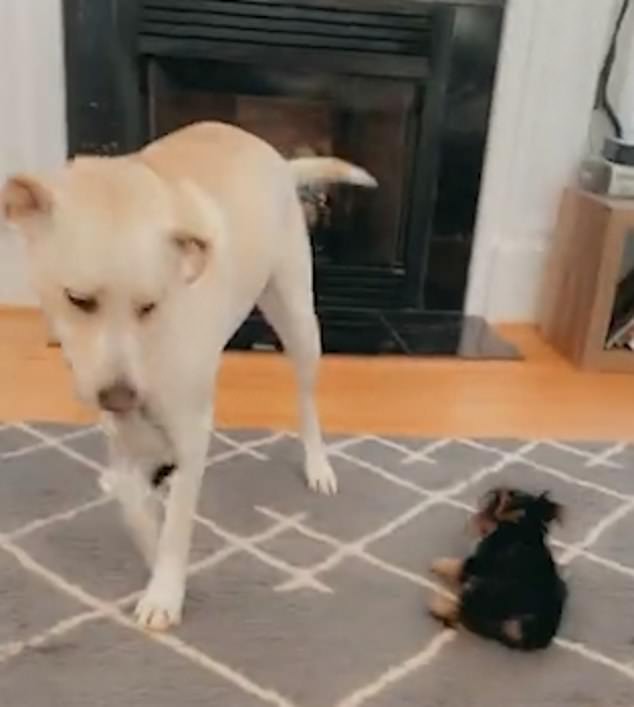 Following the comical scene, the puppy’s owner told Viral Hog: ‘I brought my puppy to meet my boyfriend’s dog.’

According to the American Kennel Club, games such as tug-of-war can help a dog use up its excess energy and can provide mental and physical stimulation.

However some dogs have a tendency to become over stimulated may not always be the best candidates for tug games.