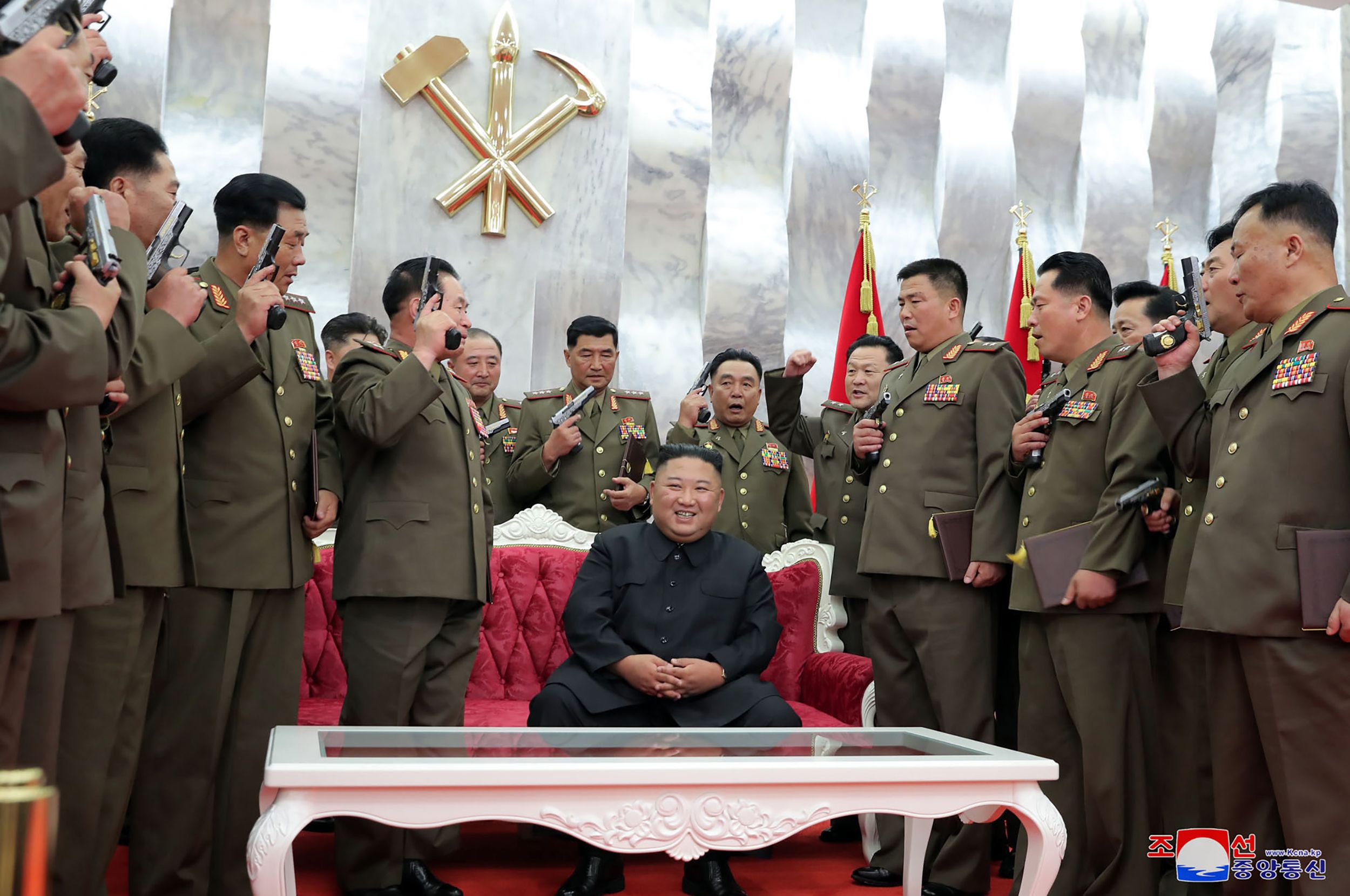 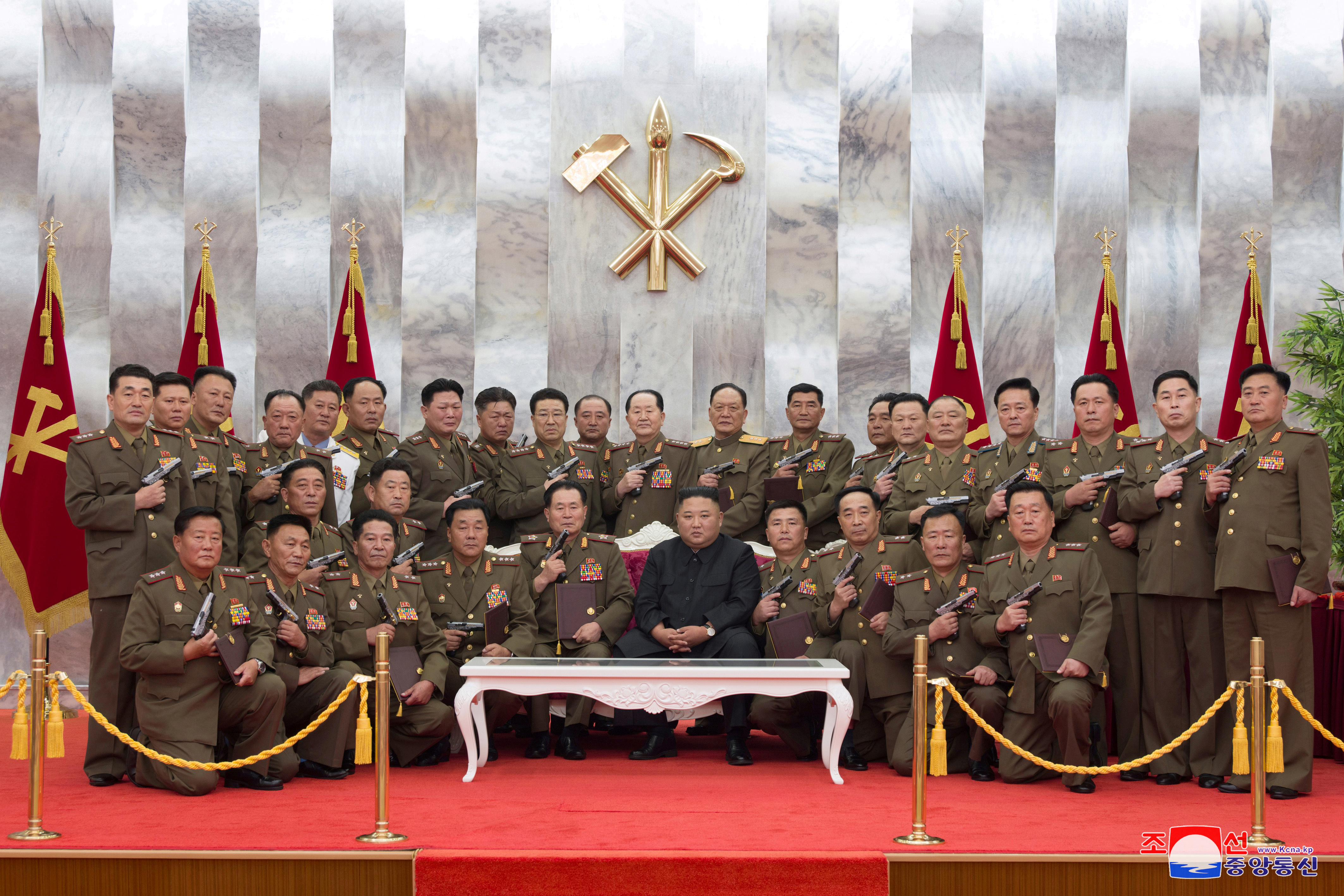 The 36-year-old gave out the commemorative weapons at a national cemetery to mark the 67th anniversary of the Korean War’s end.

The participants held high the pistols and made firm pledges to fight for Kim Jong Un at the cost of their lives.

The leader was also reported to have laid a single rose and bowed before a big monument at the Fatherland Liberation War Martyrs Cemetery.

On Sunday, he put a city near the South Korean border in lockdown amid fears it had the secretive state’s “first” Covid-19 case.

If the person is diagnosed with the virus, it would be North Korea’s first officially confirmed case, though many outside experts believe the virus has already spread to the country.

But state media reported that the suspected virus patient was a runway who had fled to South Korea three years ago before illegally slipping back to the North early last week.

The dictator is in need of stronger internal unity as he struggles to withstand crippling U.S.-led sanctions and the coronavirus pandemic.

Some experts say North Korea was aiming to hold South Korea responsible for a virus spread and apply more pressure on its rival.

Others think the North may be trying to find an excuse to win anti-virus aid items from South. 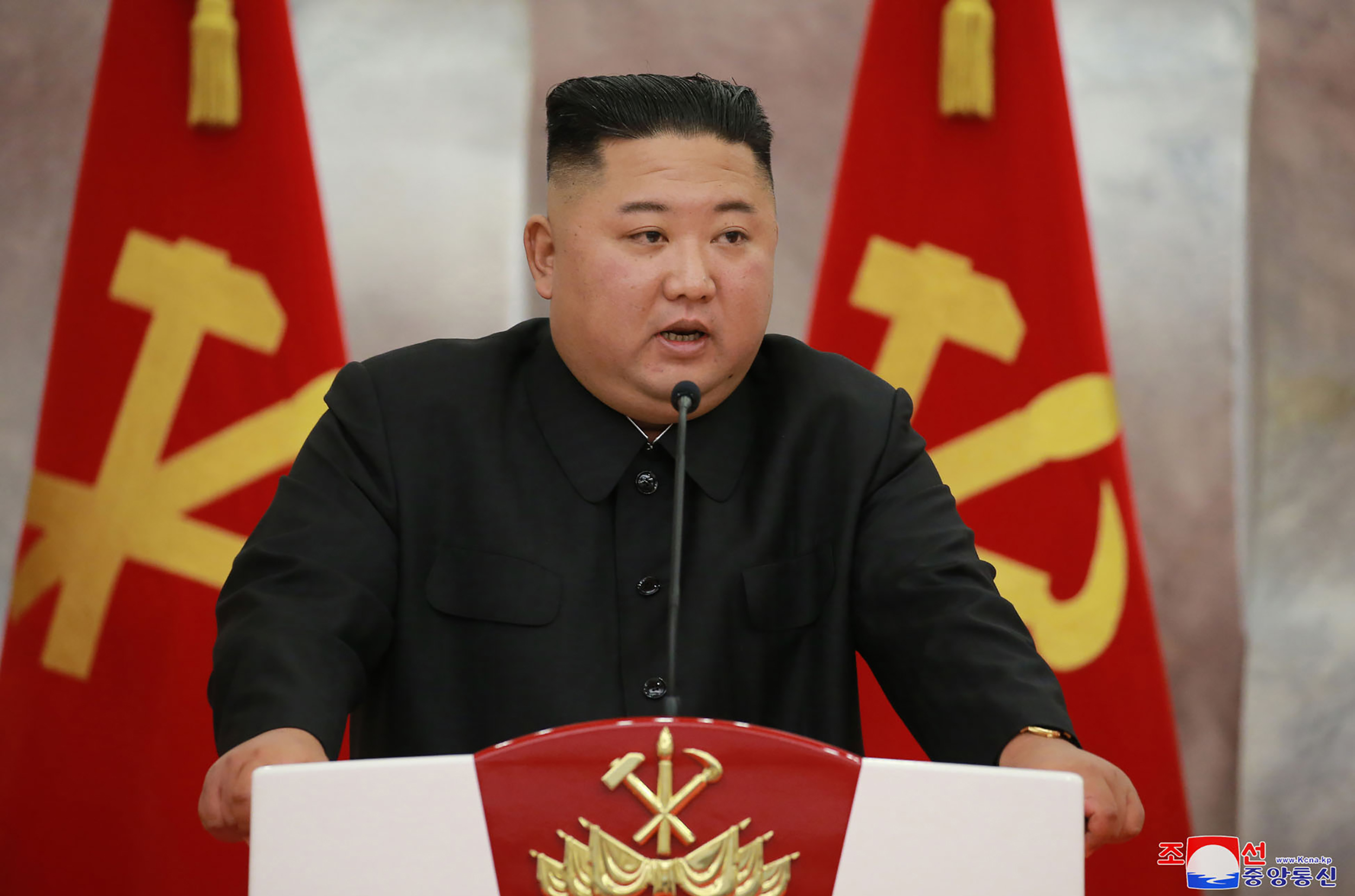 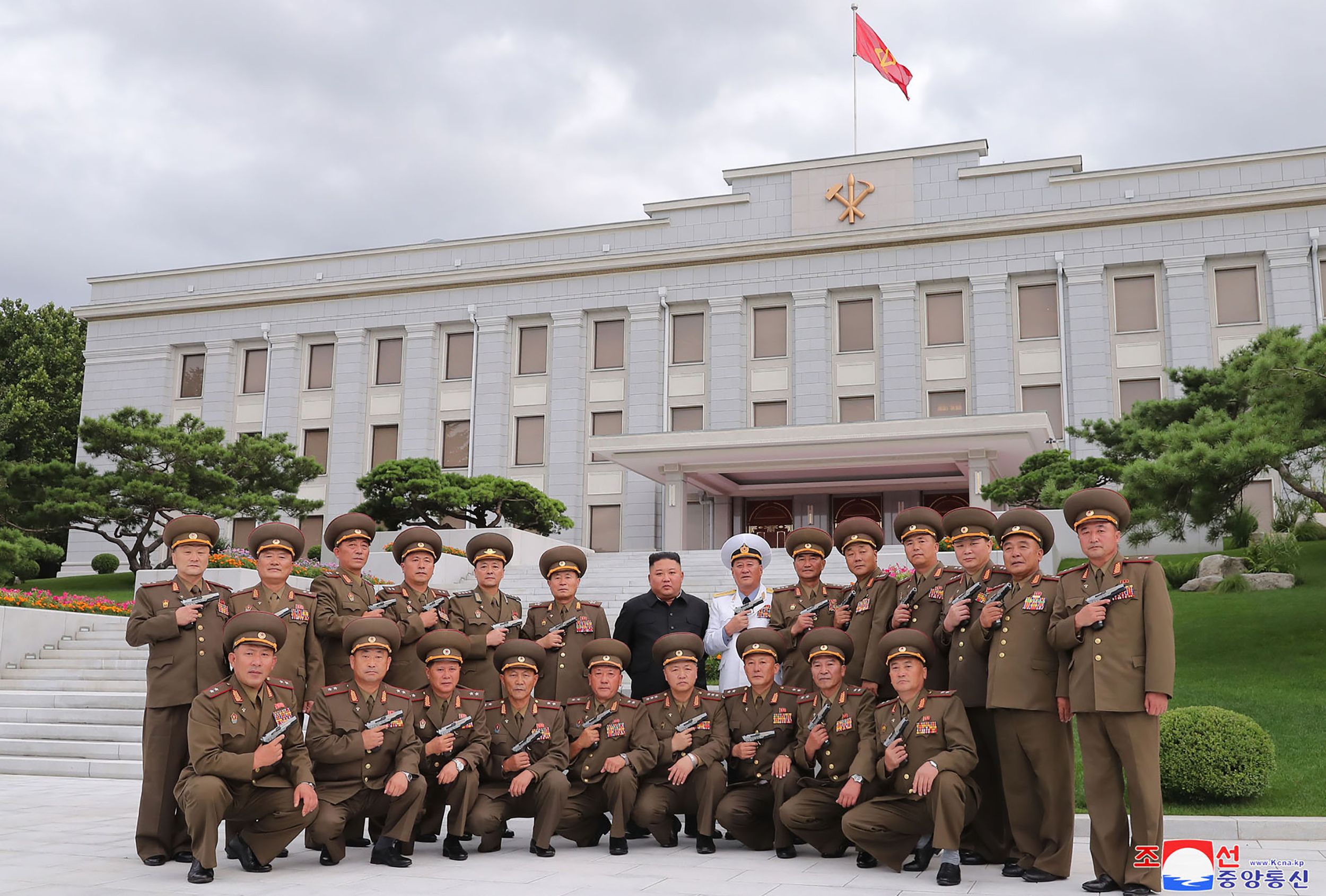 Related posts:
36 Photos of Ciara and Russell Wilson's Insanely Cute Family of Five
AG Letitia James broke her promise in failed Weinstein deal, victim’s lawyer says
Popular News
21 Plus-Size Costumes You Can Easily DIY This Halloween
25/10/2020
Man Utd wonderkid Ramon Calliste, called ‘the next Giggs’, now owns luxury watch business and makes £5m a year – The Sun
26/03/2020
Megan Thee Stallion Addresses Criticism Over Twerking: ‘I Love to Shake My A**’
26/03/2020
Police guard shops to stop coronavirus panic-buyers and enforce social distancing – The Sun
26/03/2020
Coronavirus: Good Morning Britain’s Dr Hilary reveals ‘game-changing’ self-testing kit
26/03/2020
Recent Posts
This website uses cookies to improve your user experience and to provide you with advertisements that are relevant to your interests. By continuing to browse the site you are agreeing to our use of cookies.Ok