JOE Biden brought his son, Hunter, on stage during his Saturday victory speech, just weeks after an email scandal jeopardized the campaign.

Hunter appeared onstage with his baby son and the rest of the Biden clan, and the president-elect was seen on video kissing his baby grandson's head. 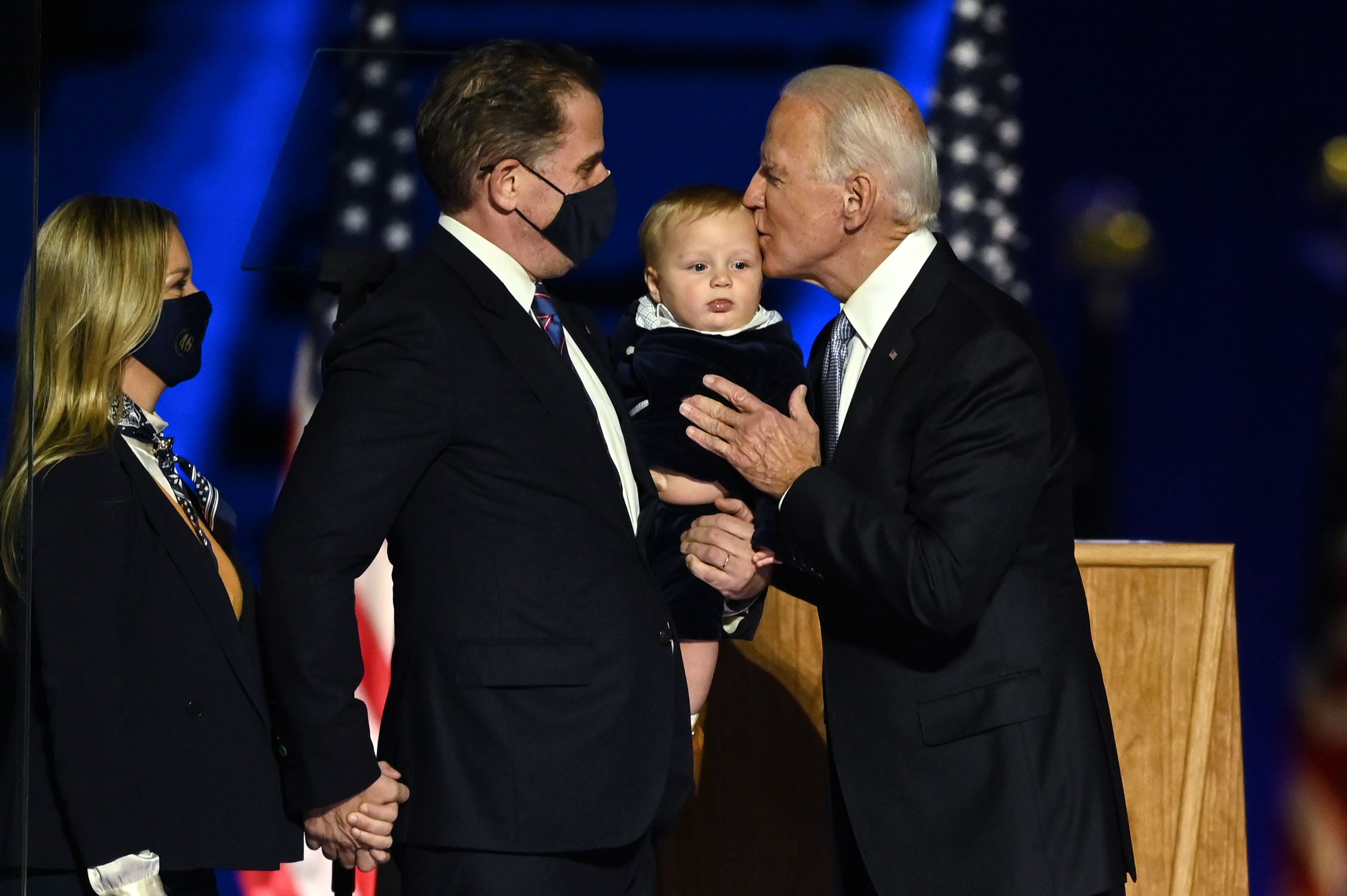 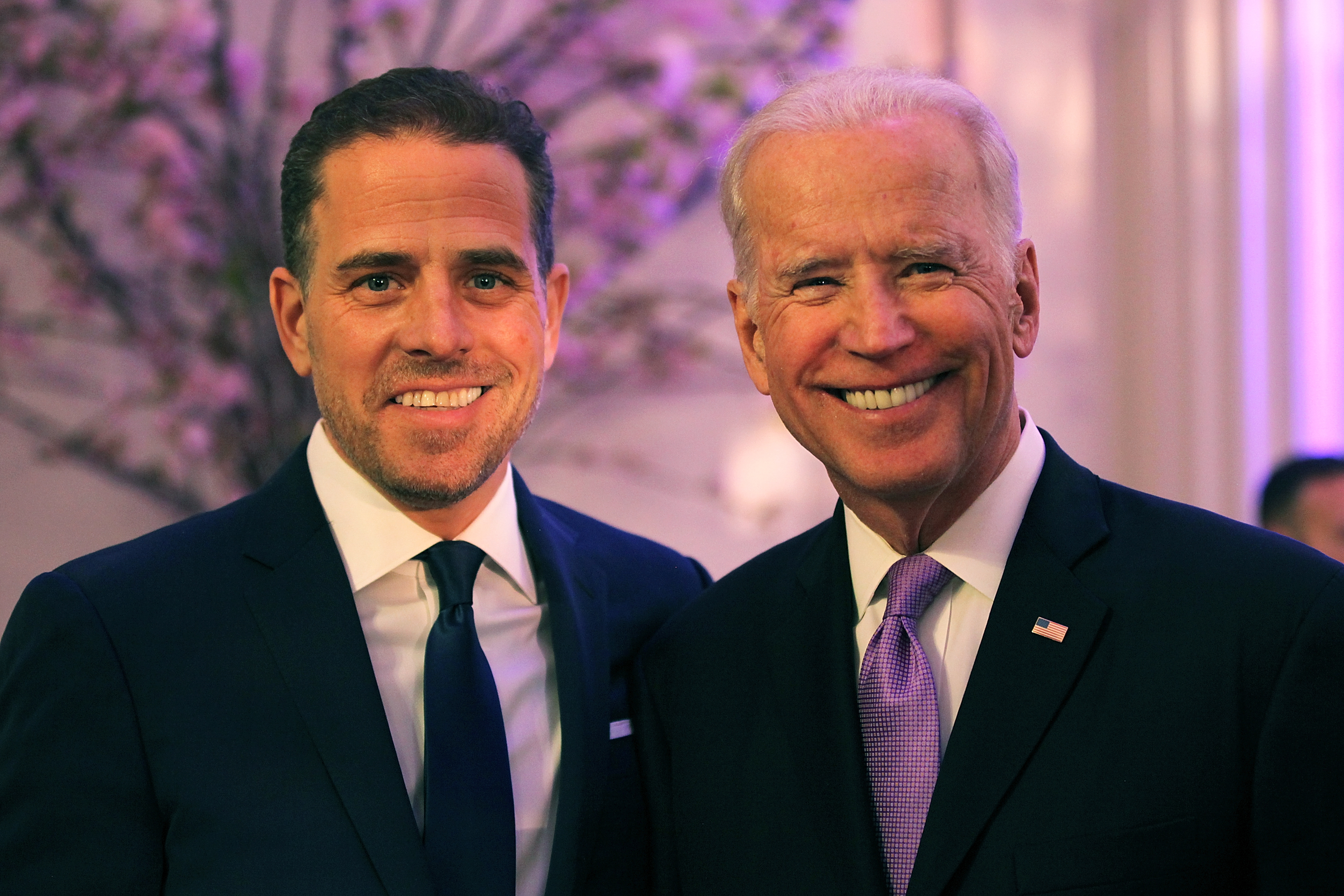 The family appeared in great spirits, despite Hunter's recent controversy, after Biden was declared the winner over President Donald Trump in the contentious 2020 election.

Hunter has been embroiled in controversy over the past month after a hard drive from a laptop that reportedly belong to him was given to Trump's personal attorney, Rudy Giuliani.

The hard drive featured questionable information that many thought would put his father's chance of winning the presidency in jeopardy.

The drive allegedly contained evidence of $21,000 of payments to a "live cam" site, tens of thousands of dollars spent at a strip club, and photos in which Hunter appeared to be intoxicated.

The Trump campaign has also tried to play up Hunter's ties to the Chinese and Ukrainian governments.

President Trump has repeatedly alleged corruption on Hunter's part during his time on the board of Ukrainian gas giant Burisma, though has offered no evidence of wrongdoing.

The credibility of the story about Hunter's laptop, which was originally published by the New York Post, has been widely questioned.