PRESIDENT-elect Joe Biden and his wife, Dr Jill Biden, experienced a confetti popper mishap on Thursday night as they urged Americans to get vaccinated against Covid.

The awkward moment took place on live TV as the former vice president, 78, and his 69-year-old wife appeared on Dick Clark’s Rockin’ Eve on ABC. 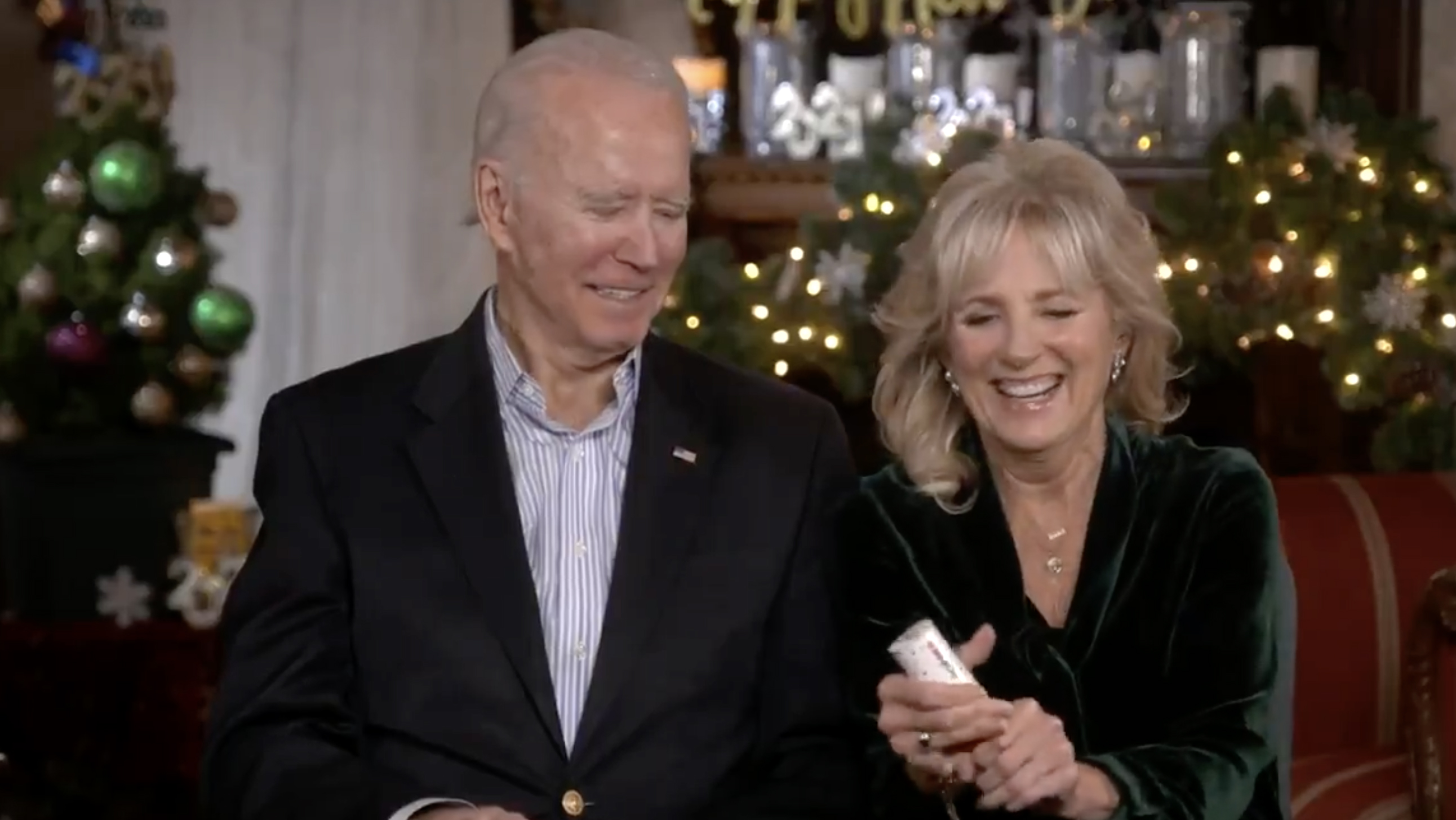 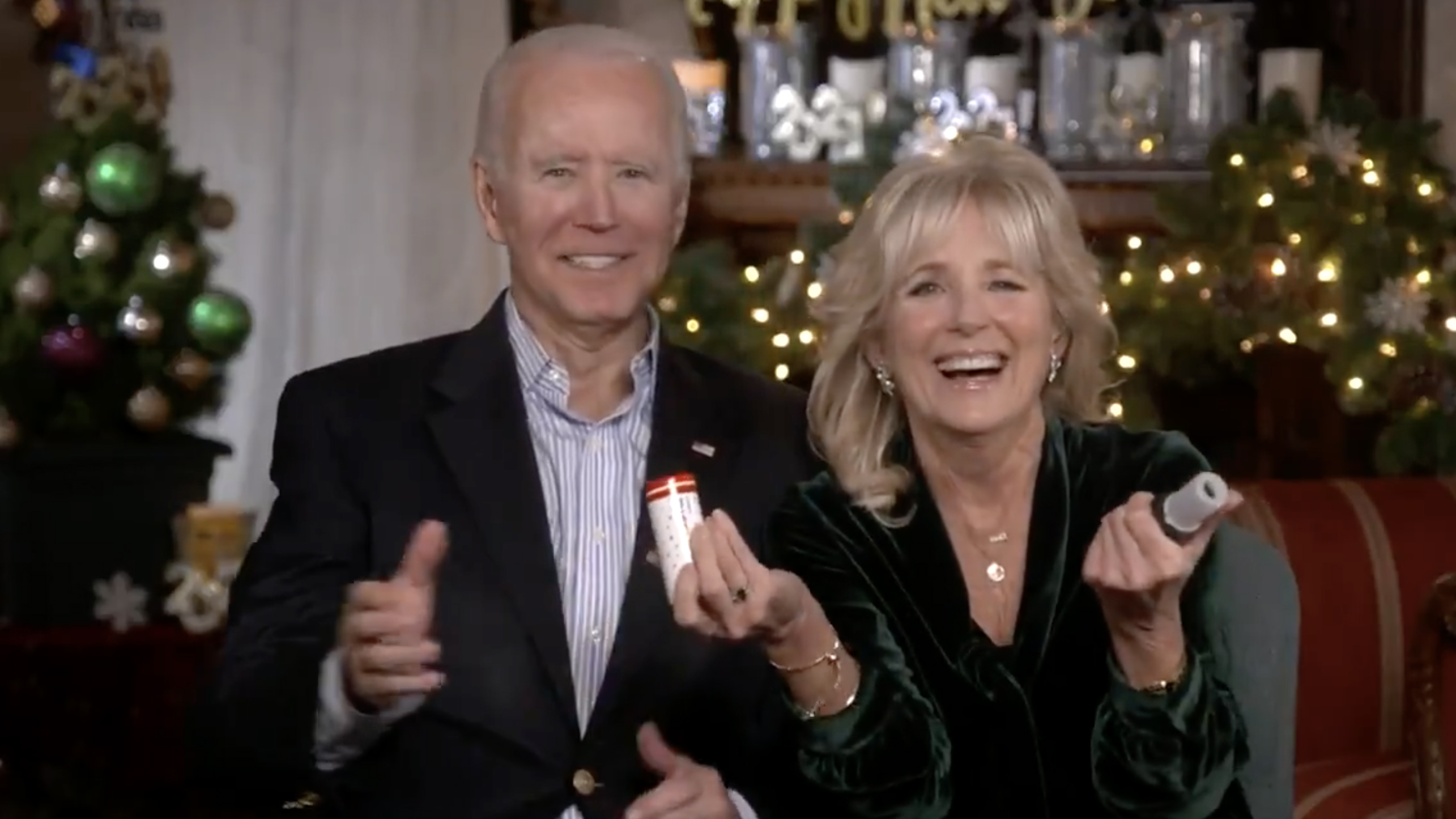 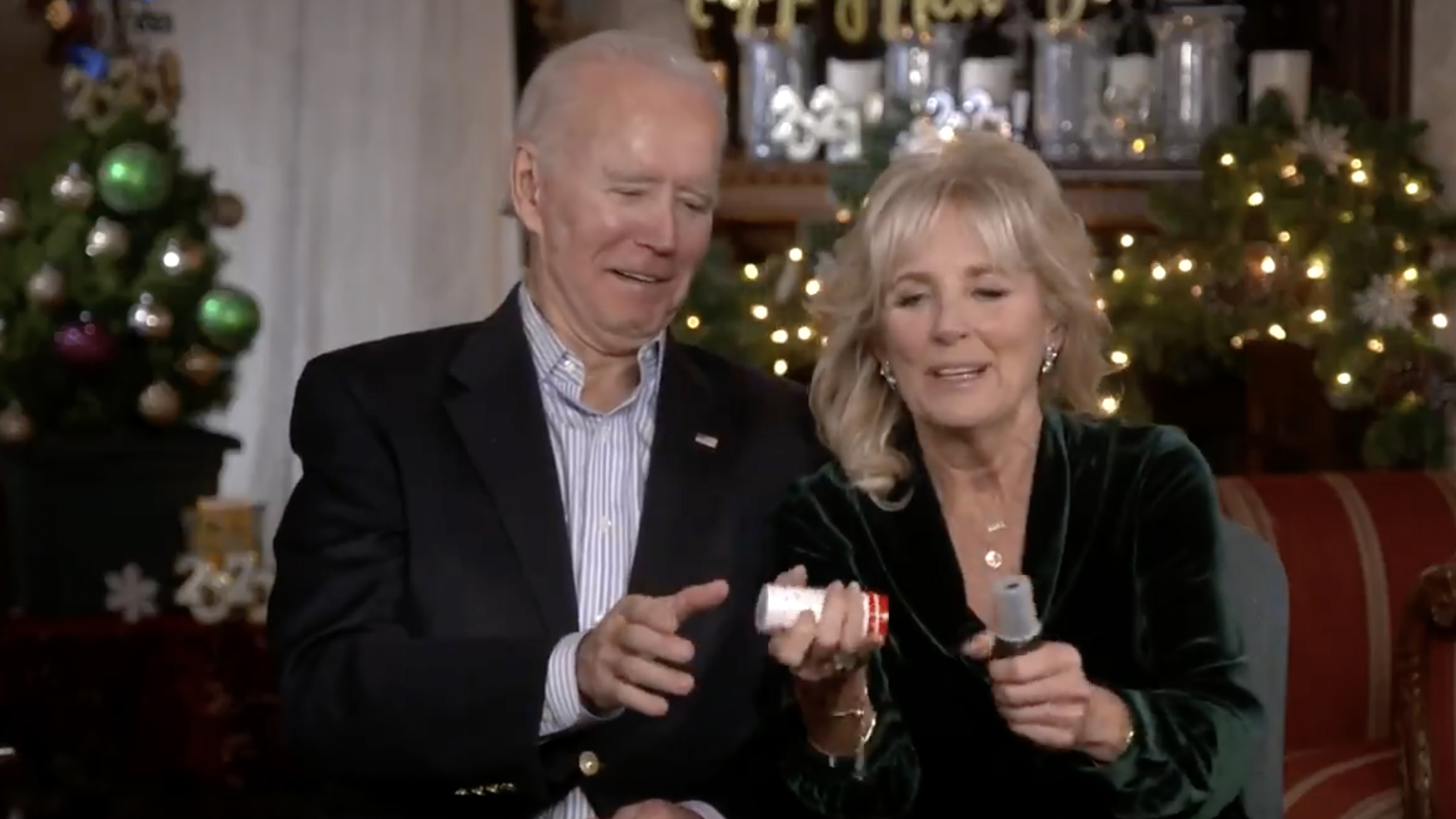 As the Bidens appeared on a jumbo-sized screen New York City's Times Square, they gave their final message of 2020.

The host of the annual New Years Eve event, 46-year-old Ryan Seacrest, welcomed the prominent couple during prior to the long-awaited ball-drop.

Seacrest introduced Biden and his wife from an usually empty Times Square as the United States rang in the New Year under a shadow of Covid.

Before acknowledging essential and frontline workers, Seacrest said: "This is a first, joining us right now are President-Elect Joe Biden and Dr. Jill Biden. Hello and Happy New Year!"

He also congratulated Biden and Jill – which was followed by a few seconds of silence before the pair giggled and said Thank You.

Biden recalled an expression his mother used to say – "bravery resides in every heart and some day it will be summoned" – as he praised the people who risked their lives during the coronavirus pandemic.

After promising Americans that "things will get better," Jill held up what appeared to be a confetti party popper to start the year off with a bang.

However, the future first lady struggled to twist a part of the confetti popper for approximately seven seconds. 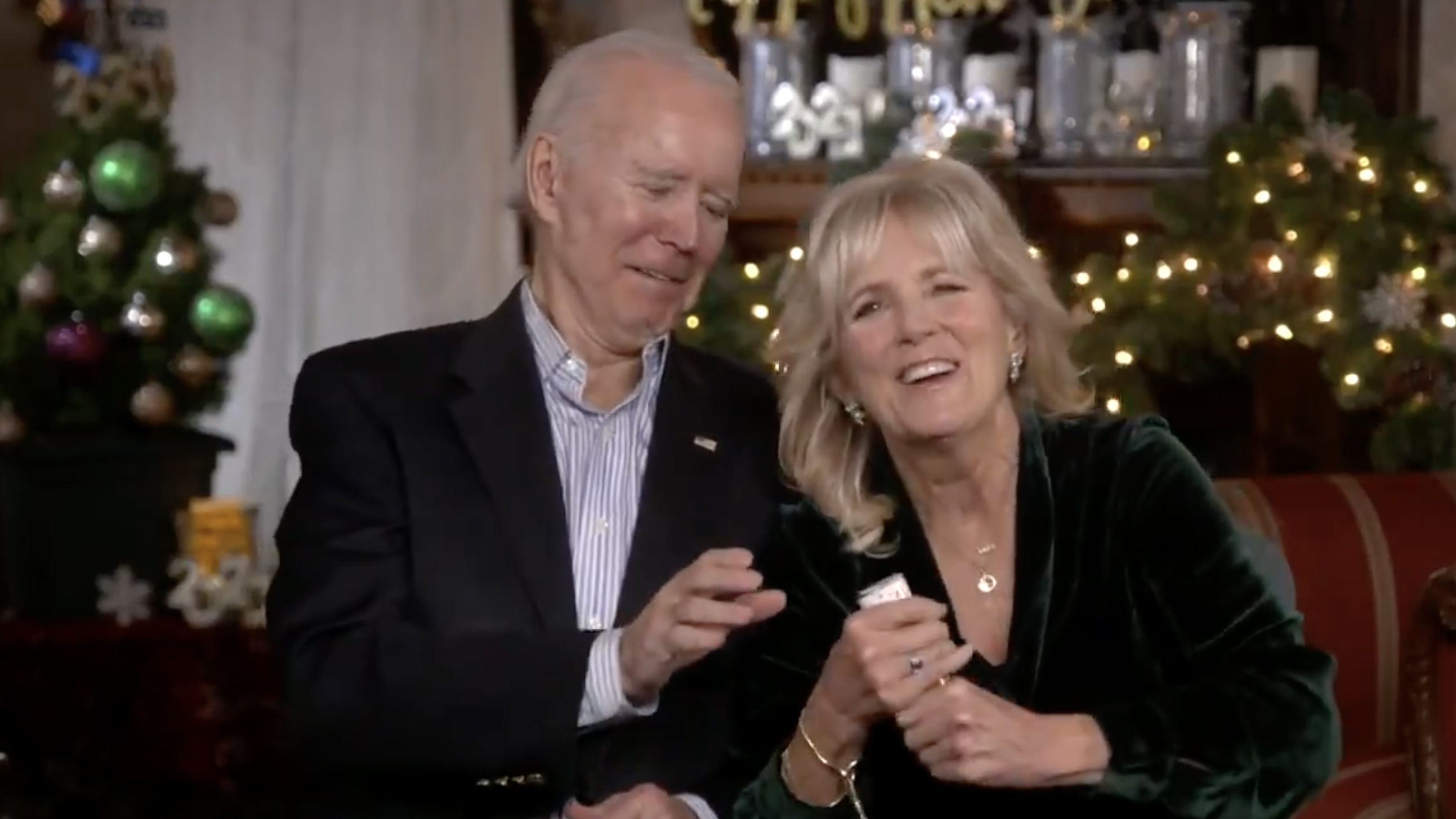 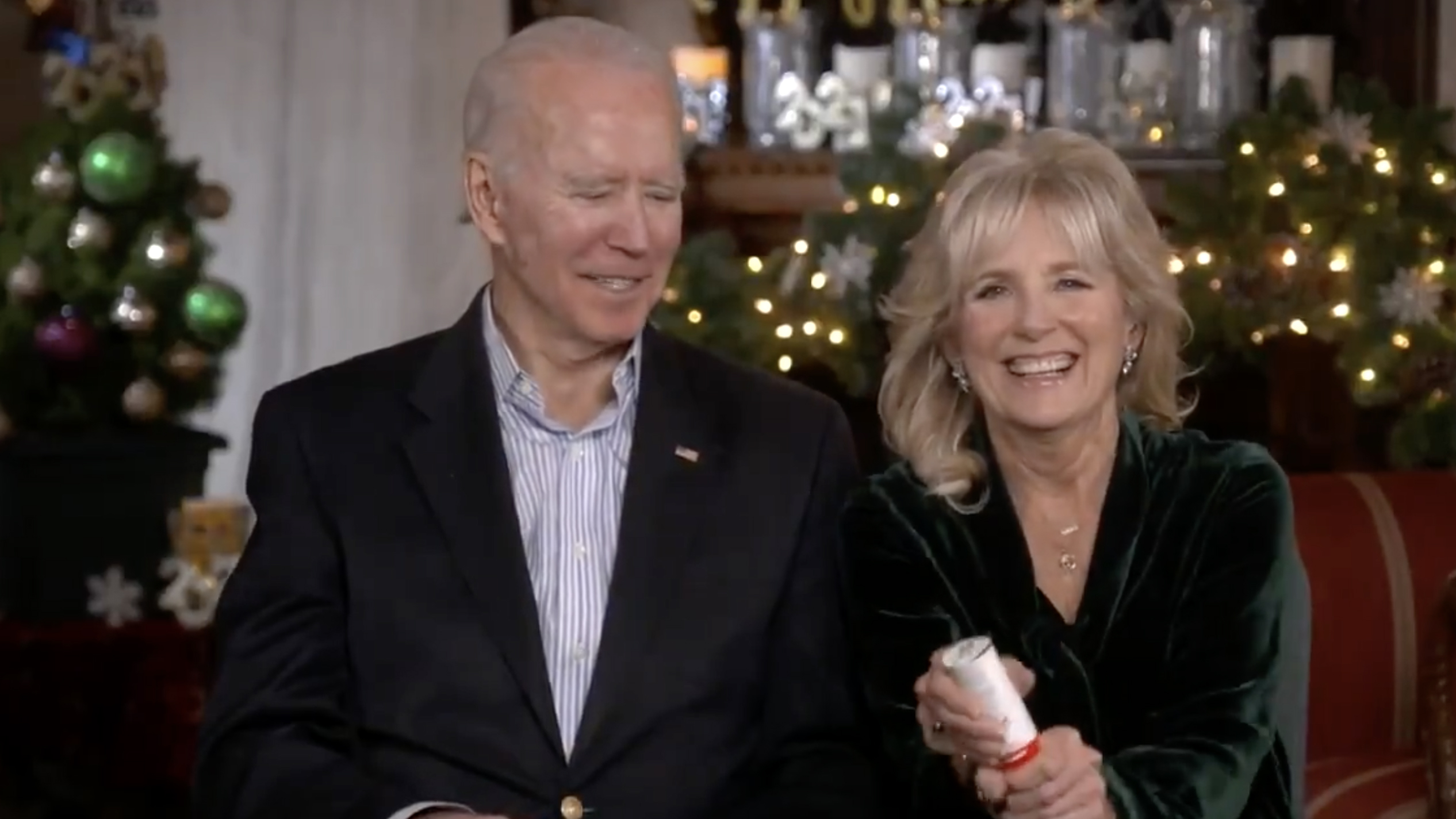 Despite Seacrest's enthusiasm as he encouraged Jill to set off the small pyrotechnic device, the party popper top was pulled off without releasing a stream of colorful confetti.

Moments after the confetti popper malfunctioned, Seacrest laughed along with Biden and the future first lady.

The television host said: "They never work right. Here's to better luck in the New Year, thanks guys!"

Jill laughed again after the mishap and said: "Oh Well."

The comical incident took place after Seacrest questioned the Bidens on what their message to Americans was, in regards to getting injected with the recently approved Covid-19 vaccines.

Jill told the TV host: "Oh, you have to take it. And it doesn't hurt – I promise.

"So as long as everybody takes it."

President-elect Biden chimed in and commented on Jill's hatred of needles. 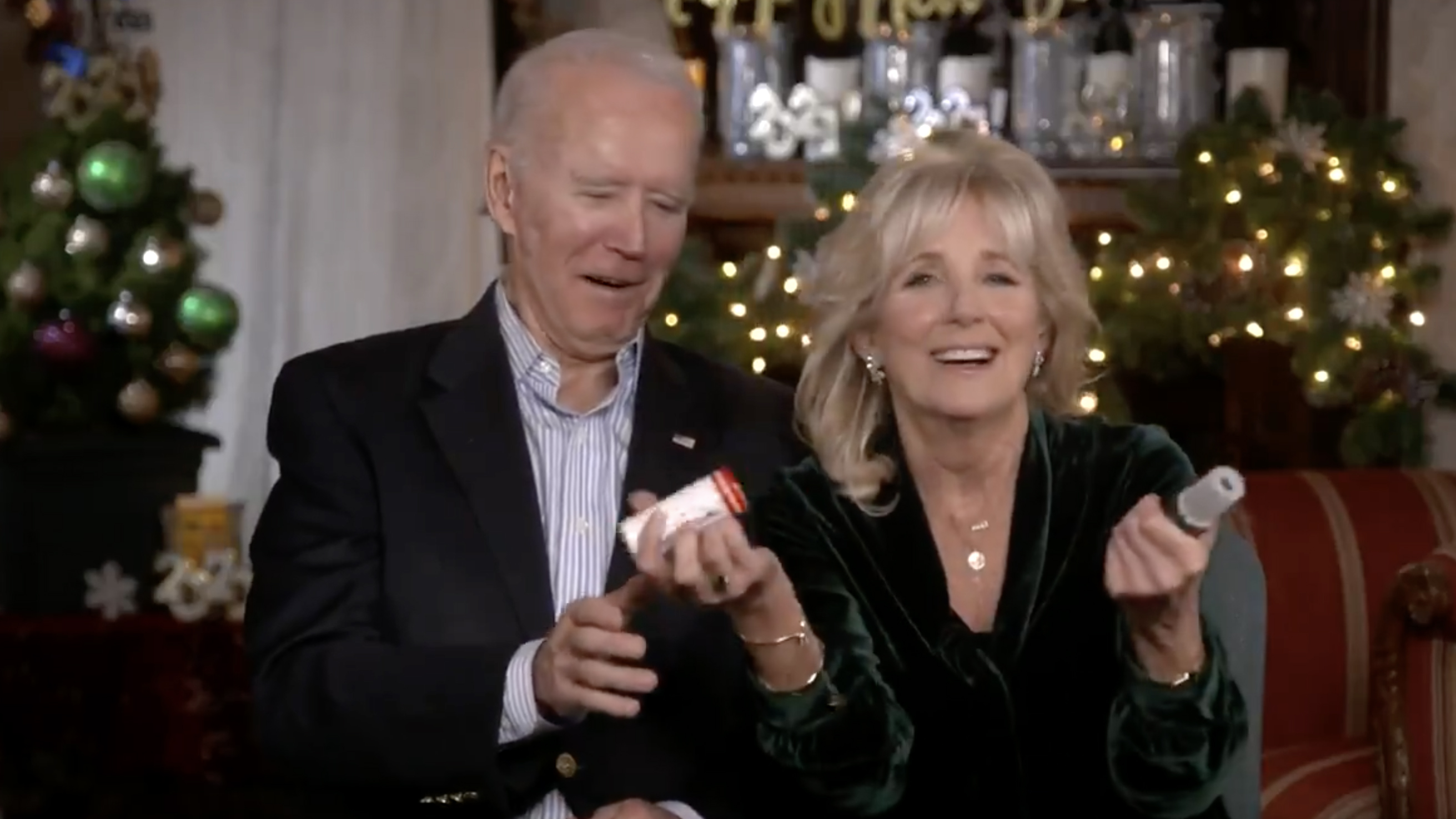 "But I took it, it doesn't hurt… I didn't have any after effects. So everybody has to take it so that we all can be safe," Jill added.

New York City's Times Square was an unusual sight to see as it was closed to the public leading up to the annual ball-drop.

Related posts:
Mystery woman saves 'gobsmacked' family's Christmas by dropping £100 voucher into Asda trolley before vanishing
League vows review after wild brawl erupts between Mississippi State and Tulsa at end of Armed Forces Bowl
Popular News
Ryan Giggs moves one step closer to court date over assault charge
22/01/2021
Man Utd wonderkid Ramon Calliste, called ‘the next Giggs’, now owns luxury watch business and makes £5m a year – The Sun
26/03/2020
Megan Thee Stallion Addresses Criticism Over Twerking: ‘I Love to Shake My A**’
26/03/2020
Police guard shops to stop coronavirus panic-buyers and enforce social distancing – The Sun
26/03/2020
Coronavirus: Good Morning Britain’s Dr Hilary reveals ‘game-changing’ self-testing kit
26/03/2020
Recent Posts
This website uses cookies to improve your user experience and to provide you with advertisements that are relevant to your interests. By continuing to browse the site you are agreeing to our use of cookies.Ok