JOAQUIN Phoenix and fiancée Rooney Mara have just welcomed their first child into the world – a boy they've named River in honour of Joaquin's brother.

But behind their baby's sweet name lies painful memories for Joaquin, who lost his big brother to a horrific drug overdose in 1993. 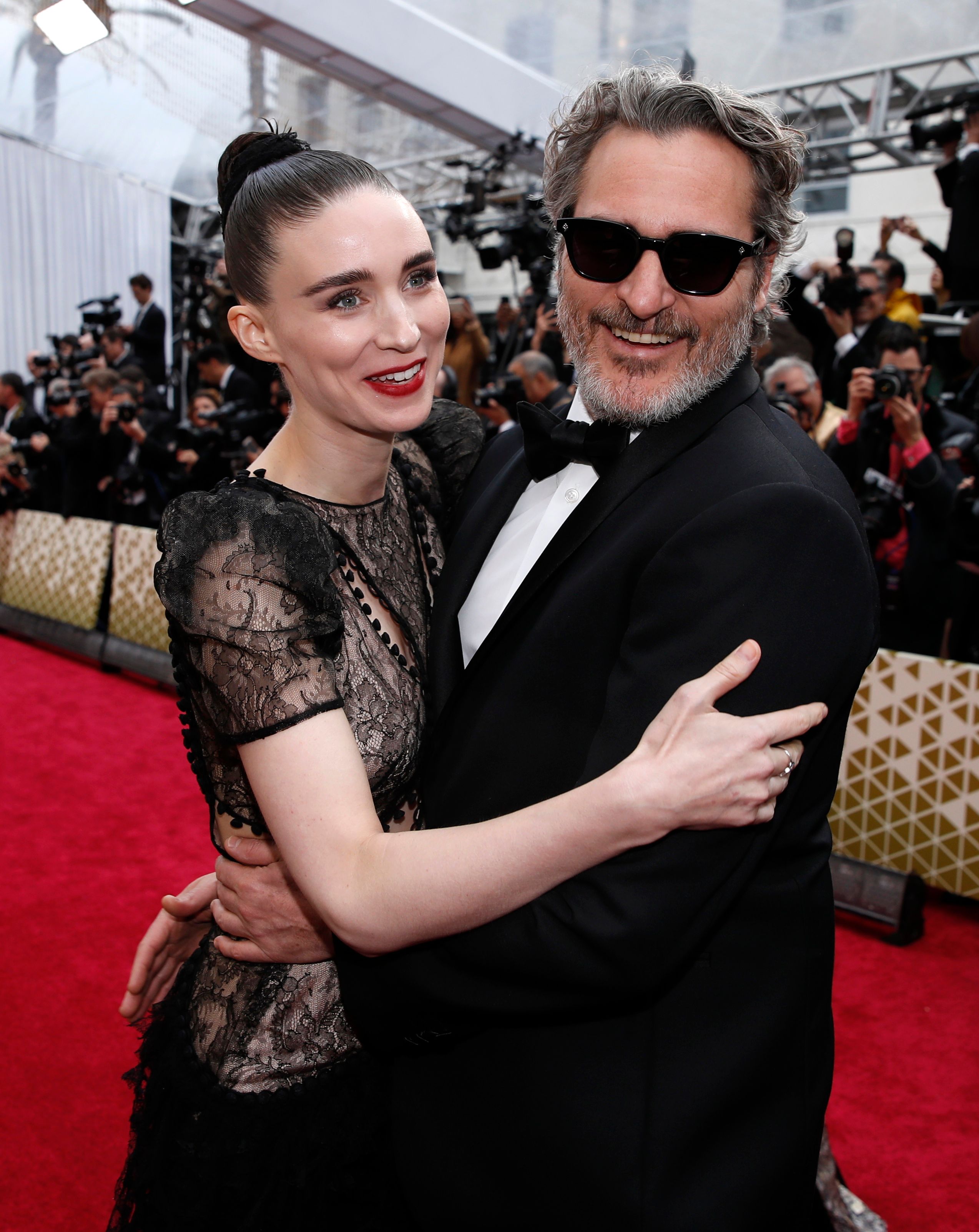 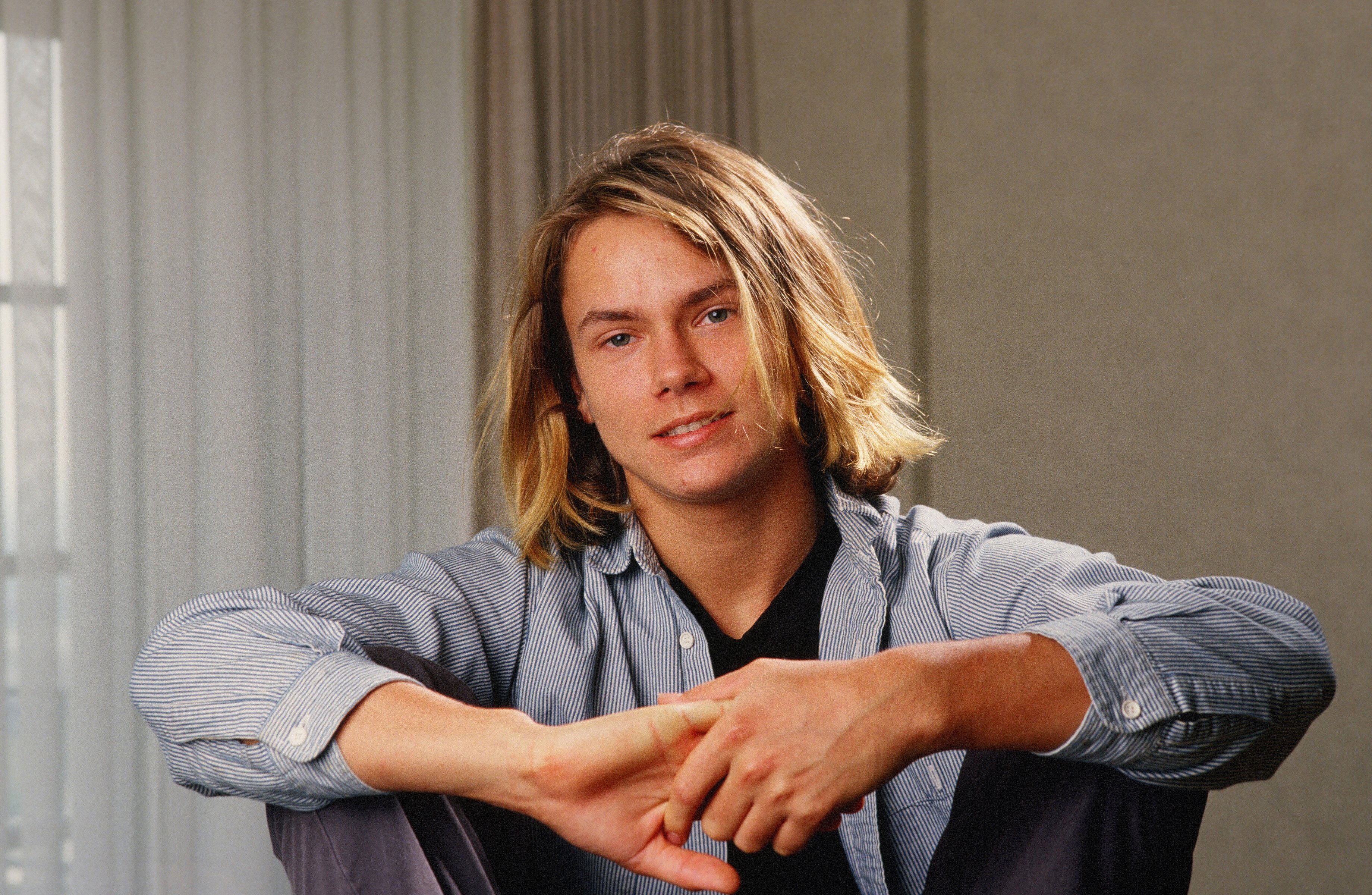 Joaquin, 46, and Rooney, 35, are yet to officially announce the birth of their child after never publicly confirming rumours that Rooney was pregnant.

Instead, news of baby River was broken by the couple's close friend and director Viktor Kossakovsky while promoting his film Gunda, for which Joaquin is an executive producer, at the Zurich Film Festival.

Explaining Joaquin's absence, Kossakovsky said: "He just got a baby, by the way, his name was… a beautiful son called River, so he cannot promote it now." 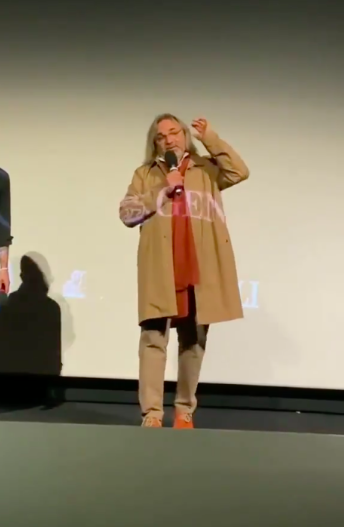 The Joker star has long lived with the trauma of his brother's death, which happened outside the The Viper Room nightclub in Hollywood.

Joaquin even made the desperate 9-1-1 call when his brother was found collapsed and convulsing – a recording of which was widely shared in the media.

"I feel like in virtually every movie that I made, there was a connection to River in some way," Joaquin told 60 Minutes this year.

River Phoenix was the first child of Arlyn Dunetz and John Lee Bottom, who met while hitchhiking across America in the late 1960s.

Baby River was born in 1970 and he would eventually become the older sibling to Rain, Joaquin, Liberty and Summer – all of whom went on to become actors. 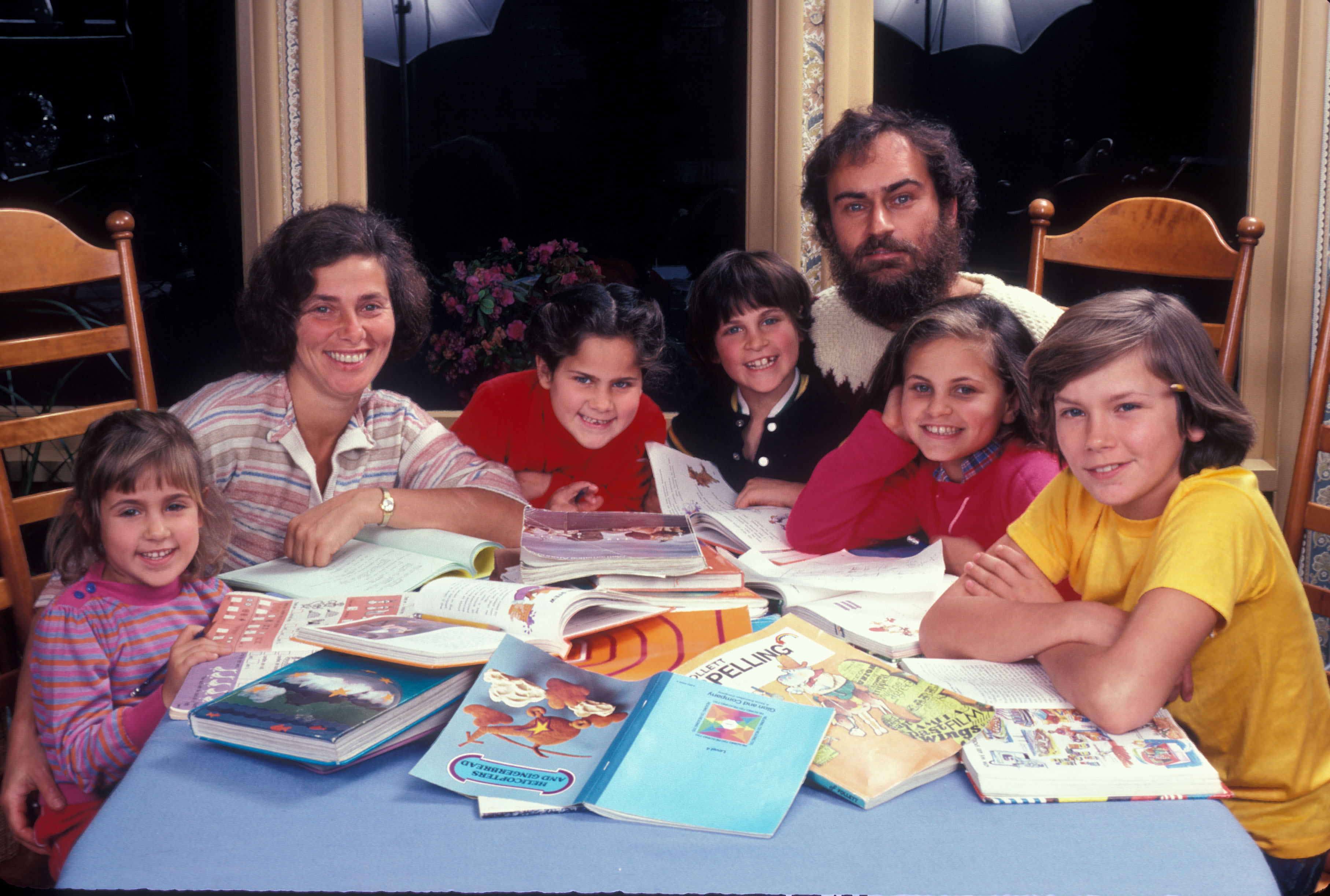 River never had any formal school education and, when he was just three years old, the family joined a religious cult called the Children of God and relocated to Caracas in Venezuela as missionaries.

River publicly said he was raped when he was just four years old when he was in the cult, with other former members accusing the organisation of sexual abuse after leaving.

But Joaquin has played down River's shocking claim, insisting it was a joke to wind up the press.

And he's also defended his parents' involvement in the cult, instead emphasising their interest in its religious elements.

"I think my parents thought they'd found a community that shared their ideals – cults rarely advertise themselves as such," Joaquin told Playboy.

"The moment my parents realised there was something more to it, they got out." 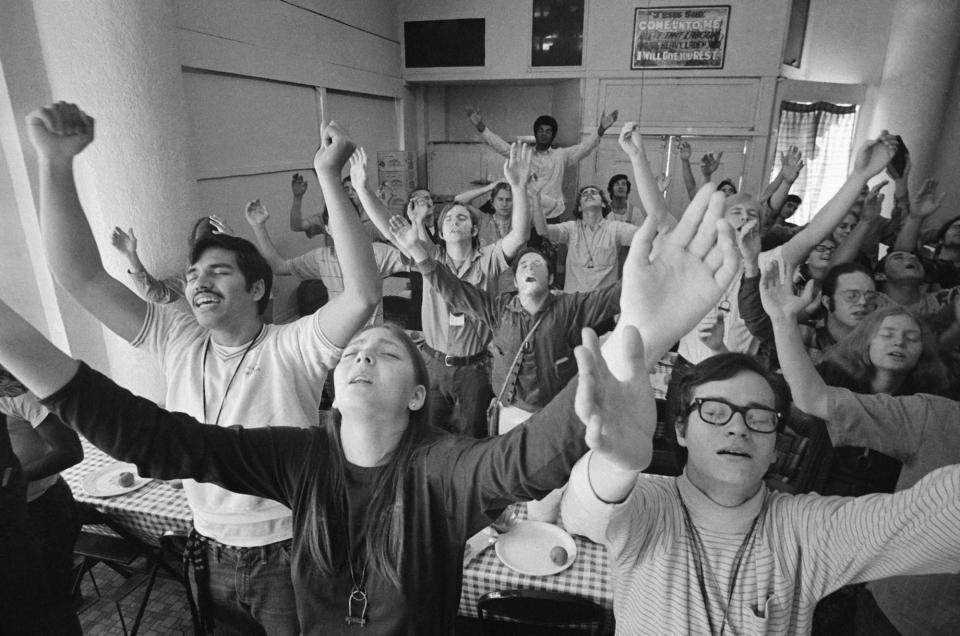 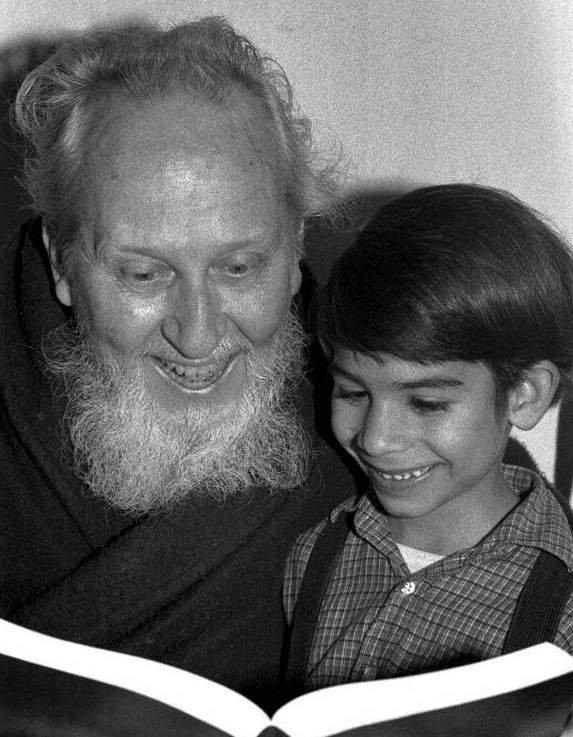 Mum Arlyn was said have become disillusioned with the cult's practice of "flirty fishing", in which women were instructed to use sex to attract new wealthy members to enrich the leader, David Berg.

When the family moved to Florida in the late 1970s, they changed their surname to Phoenix to symbolise a new beginning in their lives.

River, Rain and Joaquin busked for money in Los Angeles where they were soon spotted by a talent agent, who signed them all.

River's success came staggeringly early, with the star appearing regularly on the TV show Seven Brides for Seven Brothers when he was just 11 years old. 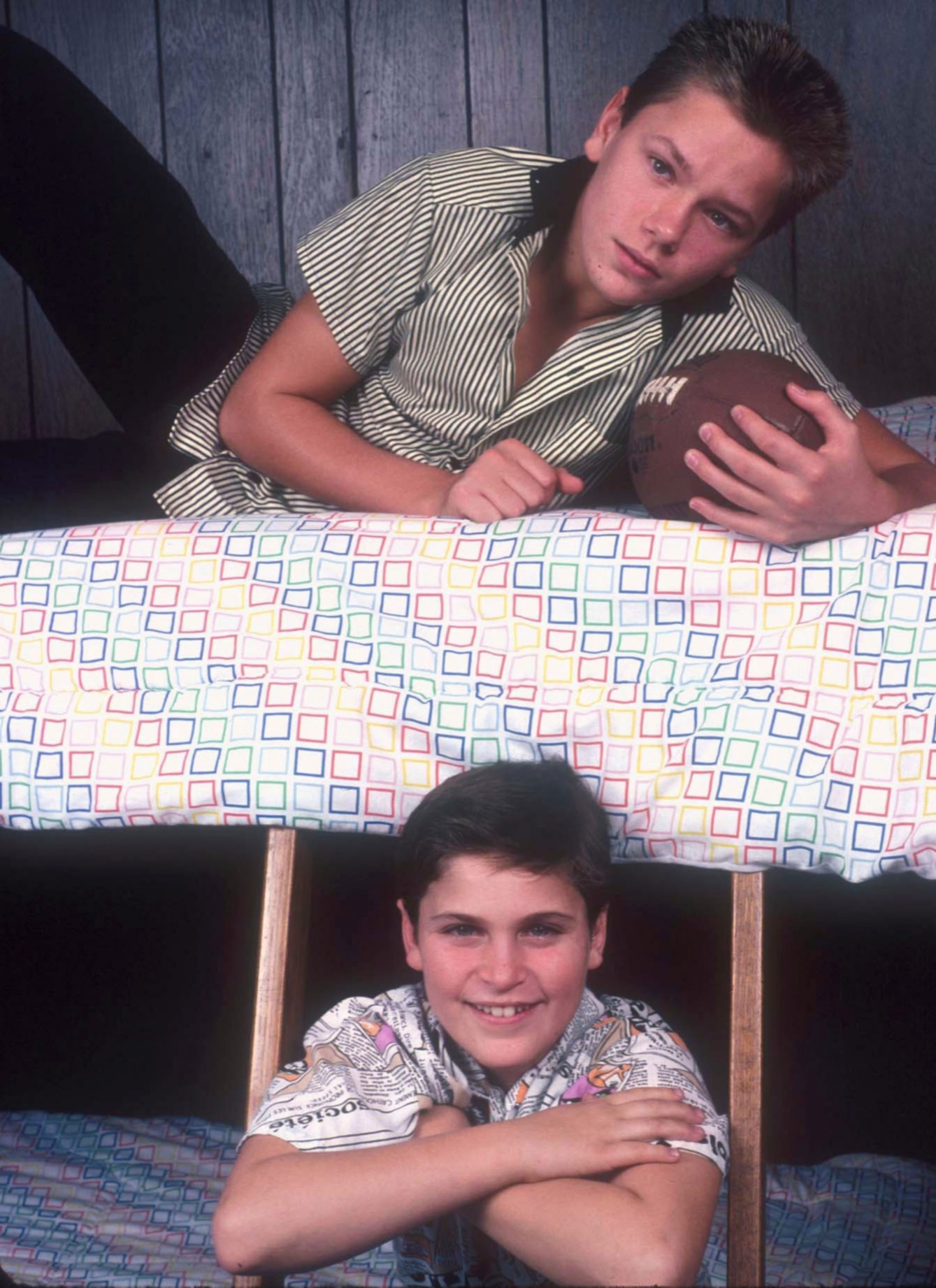 His star continued to rise throughout his teenage years, becoming a household name after performing in the classic coming of age film Stand By Me (1986) when he was 15.

Just two years later, he was nominated for the Oscar for Best Supporting Actor for Running On Empty (1988) aged just 17.

As well as becoming a teenage heartthrob, he also became his family's main breadwinner.

It was during this time that he began experimenting with alcohol and drugs, which would eventually lead to full-blown addictions – a behind-the-scenes reality which sharply contrasted with his public image as squeaky-clean "vegan James Dean" for his animal rights activism. 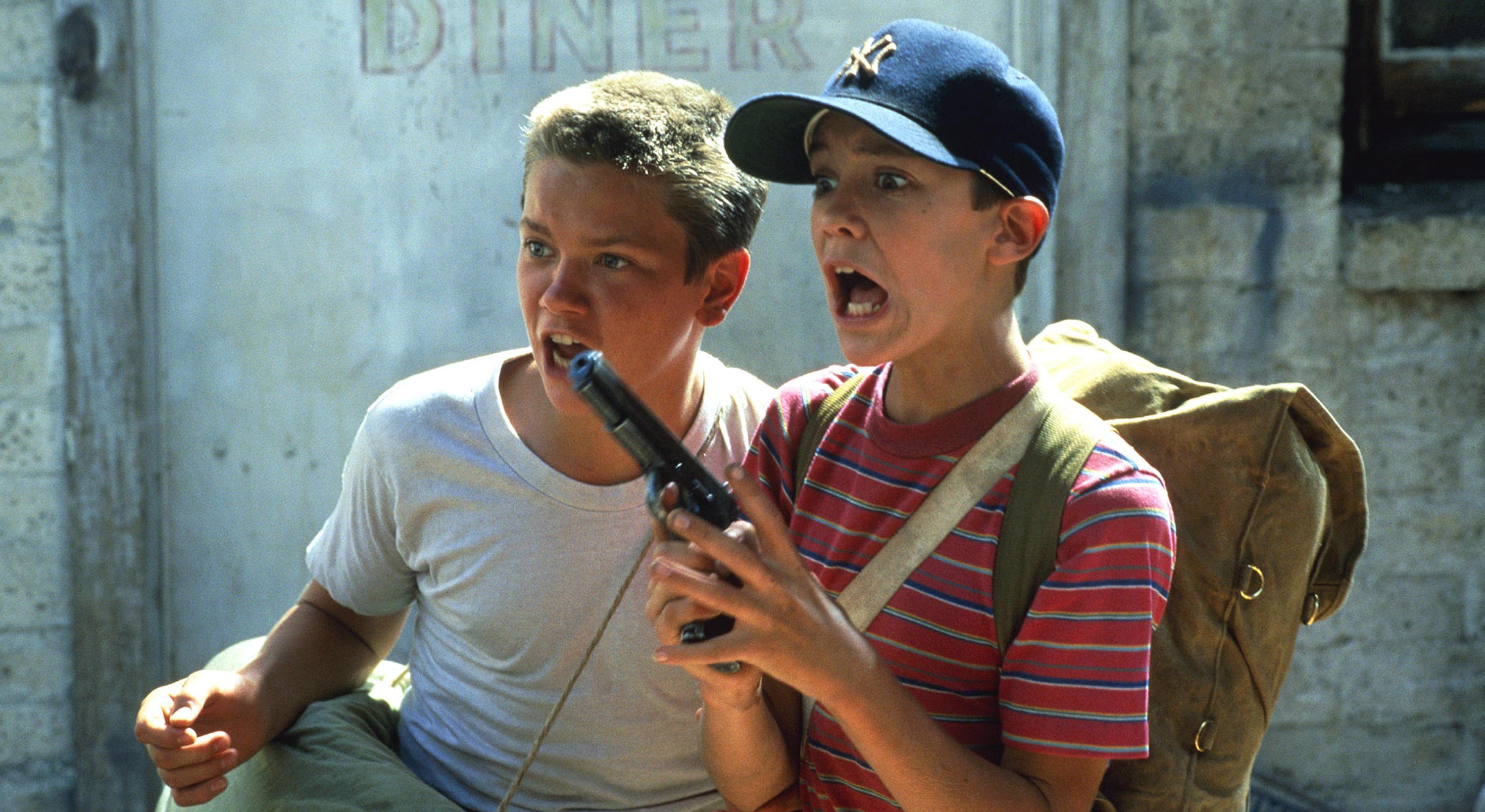 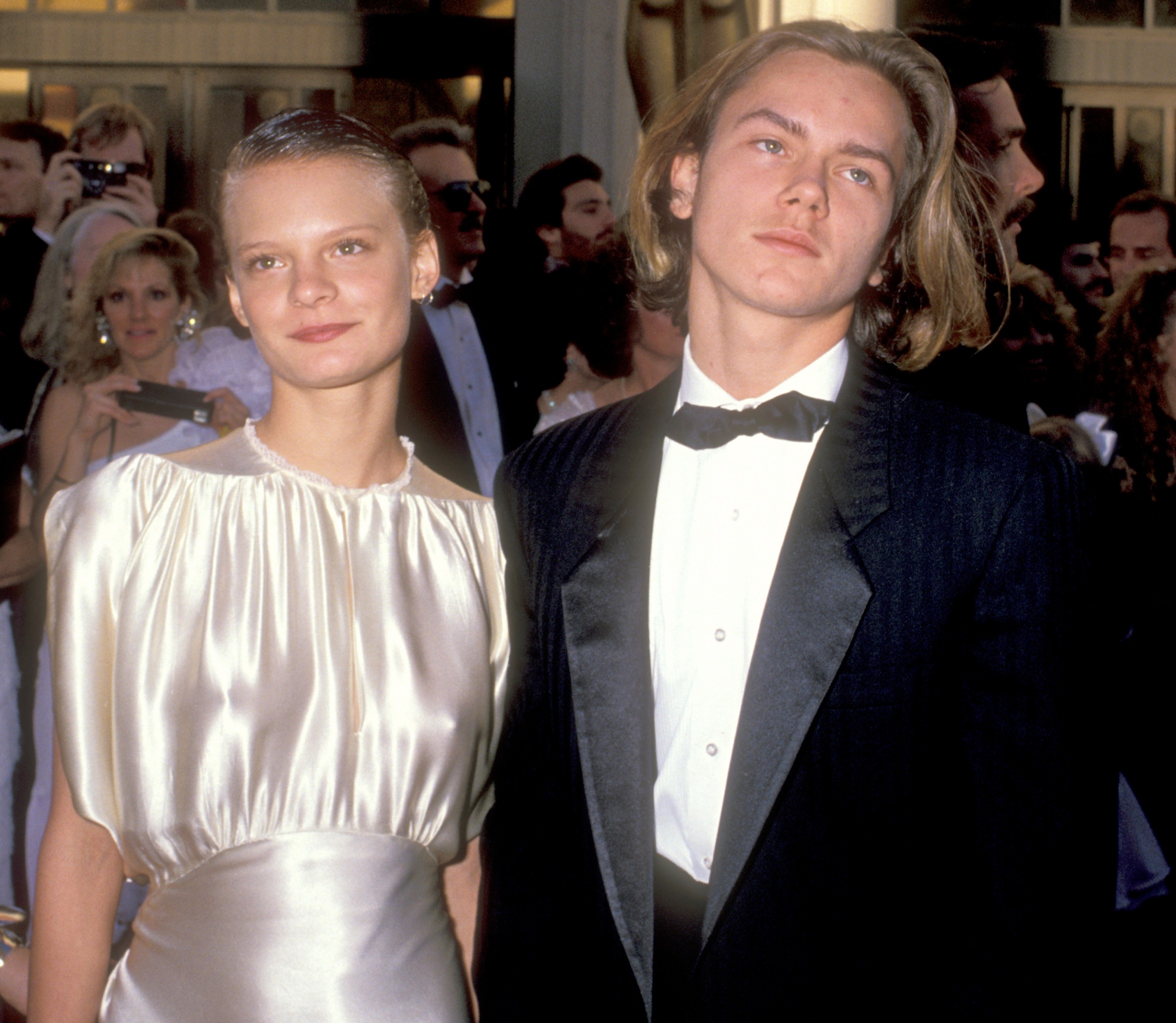 His deepening issues with drugs like cocaine and heroin led to delays in films he was making – and put strain on his relationship.

"He was just a boy,” says Martha Plimpton, River's ex-girlfriend whose relationship with him declined because of his drug use.

“A very good-hearted boy who was very f****d-up and had no idea how to implement his good intentions.”

On the night of October 30, 1993, 23-year-old River – who had a talent for music as well as acting – was to perform at a nightclub in LA called The Viper Room, which was part owned by Johnny Depp. 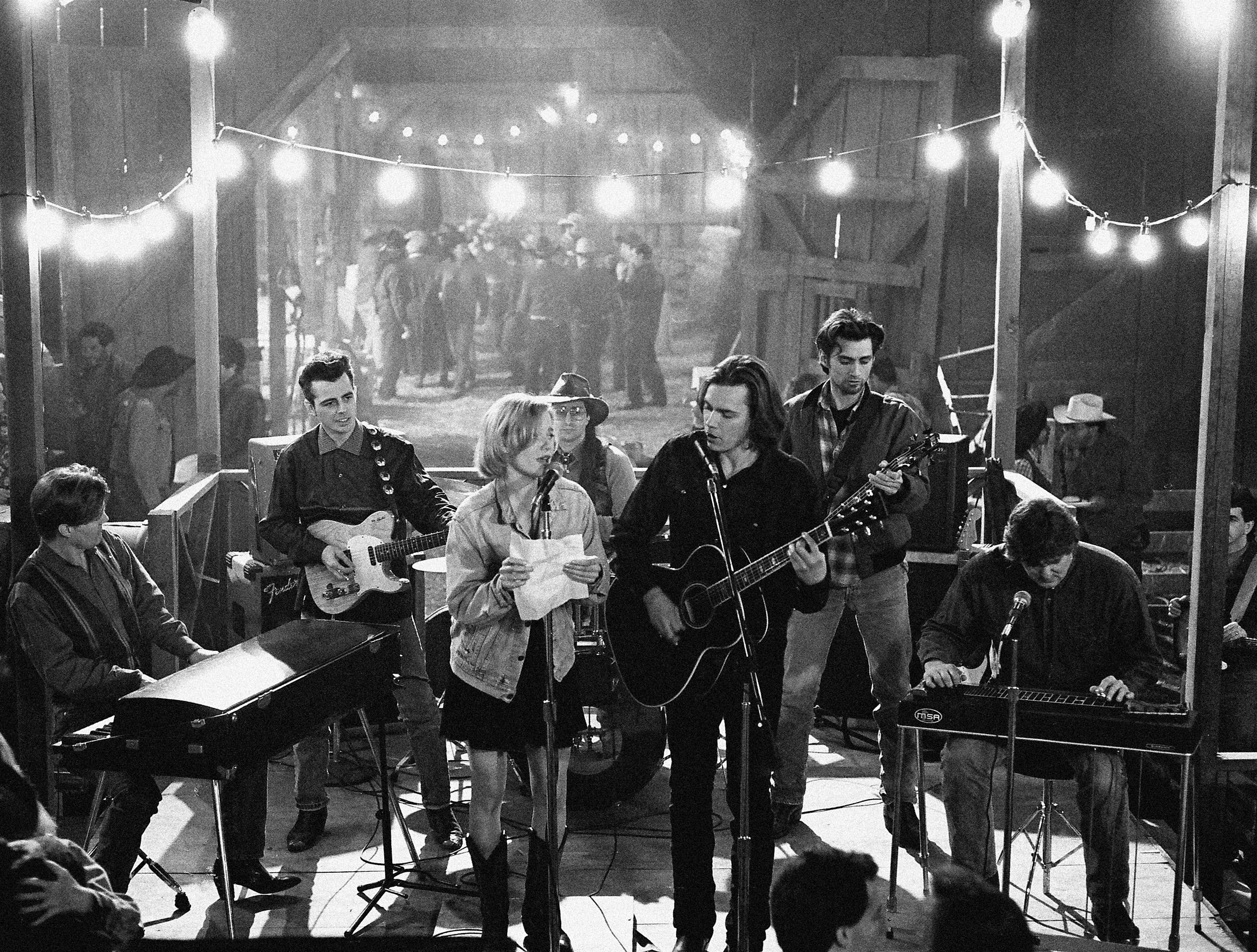 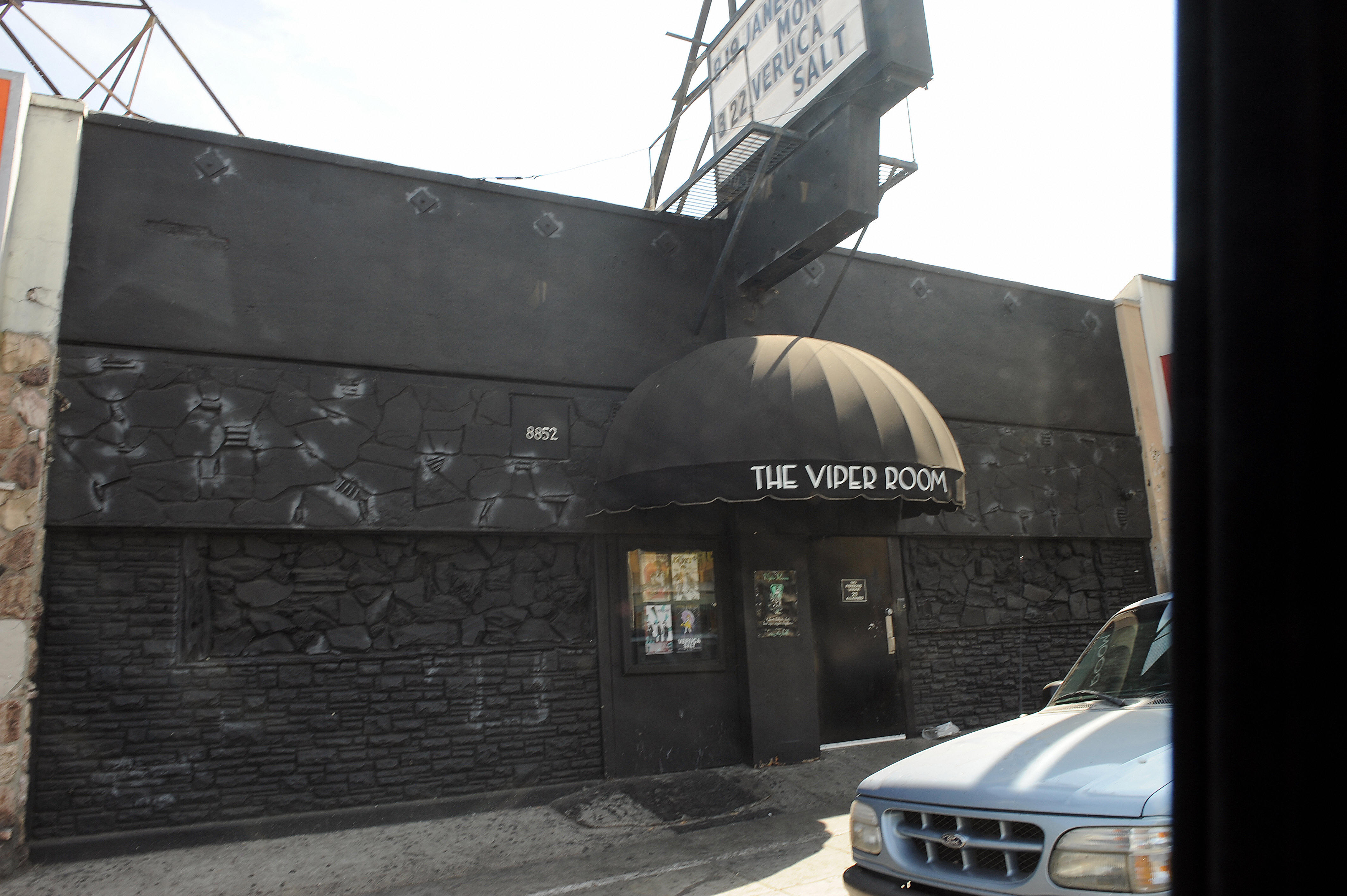 Brother Joaquin and sister Rain were there to support him – but River had taken dangerous doses of different drugs including morphine and cocaine.

He told another band member he was feeling unwell and went outside where collapsed and started convulsing on the pavement.

Rain gave him mouth-to-mouth to try and save him as Joaquin desperately called an ambulance.

A recording of the call was shared with the media, in which Joaquin can be heard telling the operator he thought River had "had Valium or something".

River was still alive when paramedics arrived but he passed away in hospital that evening.

The next day, The Viper Room became a kind of shrine where fans came to leave flowers in tribute to River, and, as a mark of respect, Depp continued to close the club every October 31 until selling his stake in 2004. 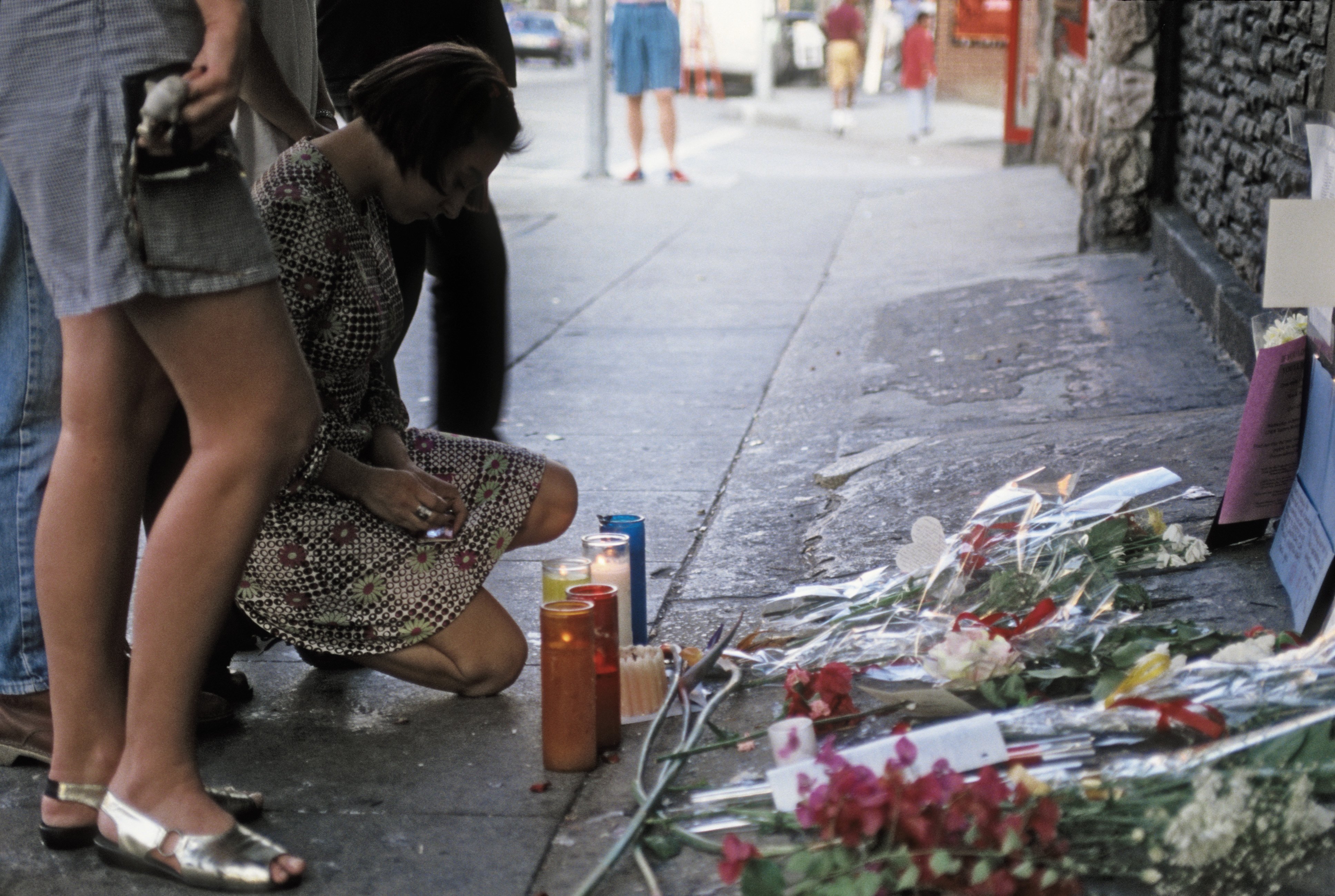 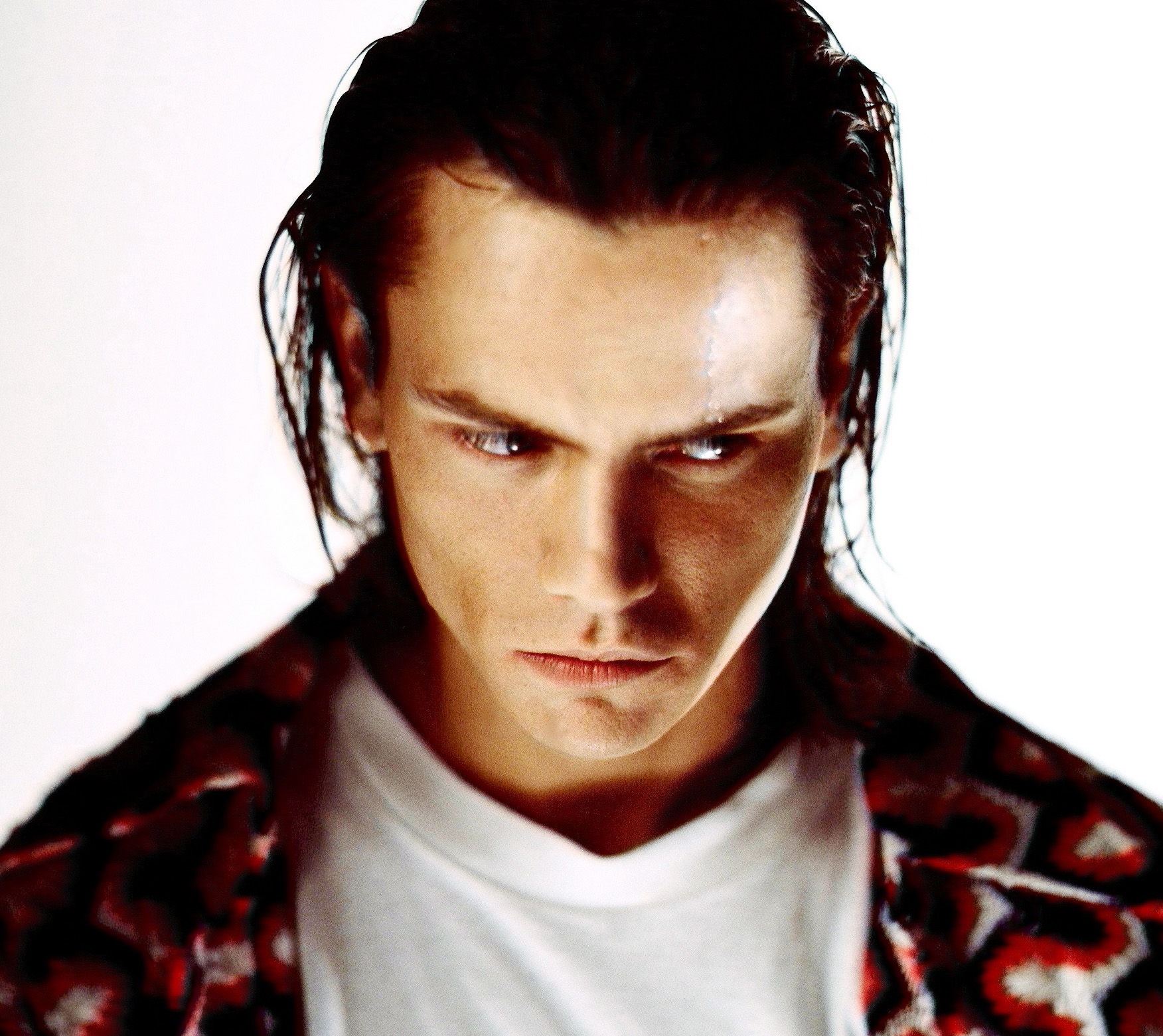 Writing the month after his death, mum Arlyn – who later changed her name to Heart – published an open letter in the Los Angeles Times about her son's death.

"We feel that the excitement and energy of the Halloween nightclub and party scene were way beyond his usual experience and control," she wrote.

"How many other beautiful young souls, who remain anonymous to us, have died by using drugs recreationally?

"It is my prayer that River's leaving in this way will focus the attention of the world on how painfully the spirits of his generation are being worn down." 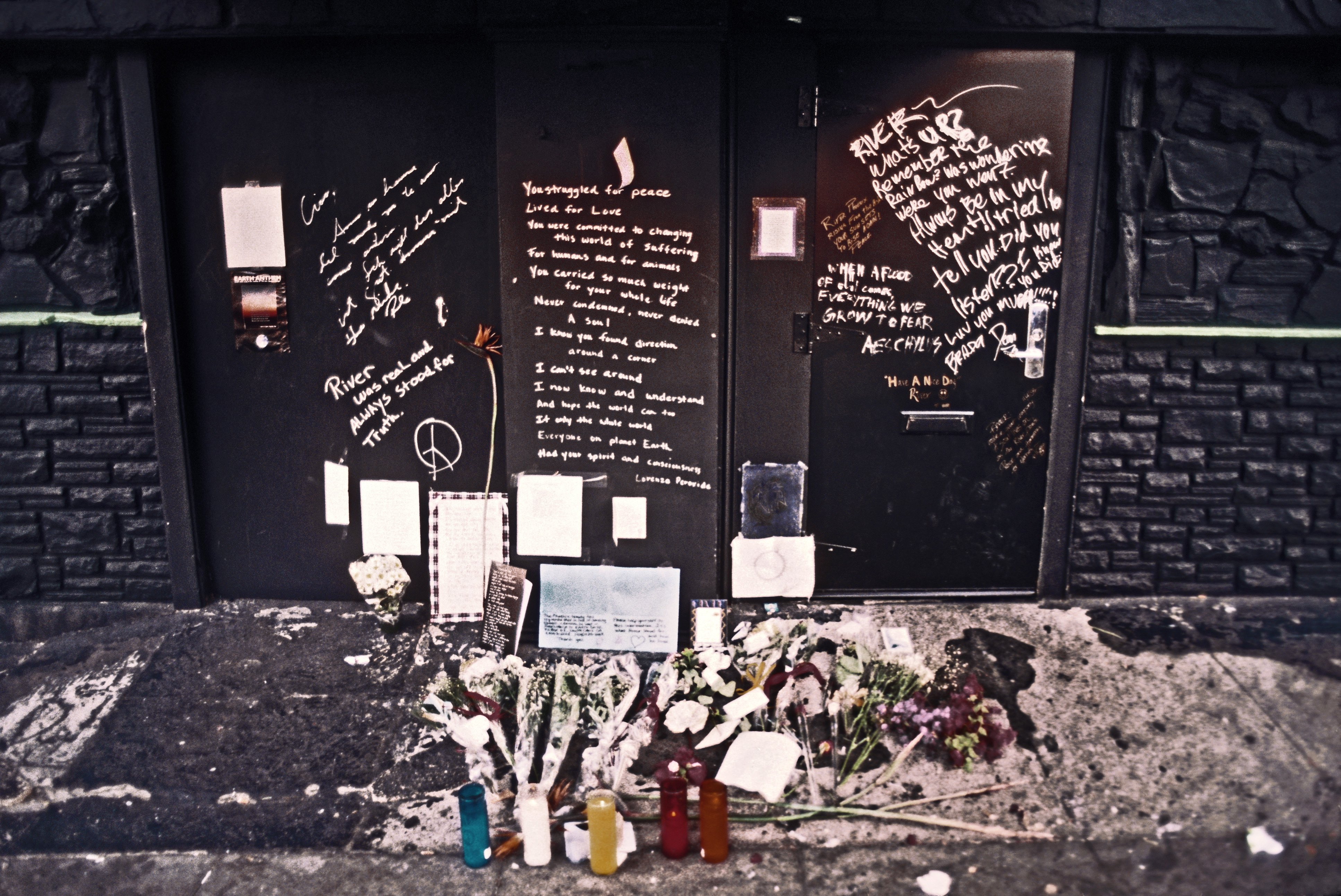 The terrible loss of River at such a young age left a lasting impact on his family.

Speaking earlier this year, Heart said: “The grieving process happens out of nowhere, you know?”

“I'll be driving and all of a sudden, I will feel it. And I'll just welcome it."

And in February, Joaquin chose to use River's words to close out his controversial acceptance speech after winning the Academy Award for Best Actor for his role in The Joker. 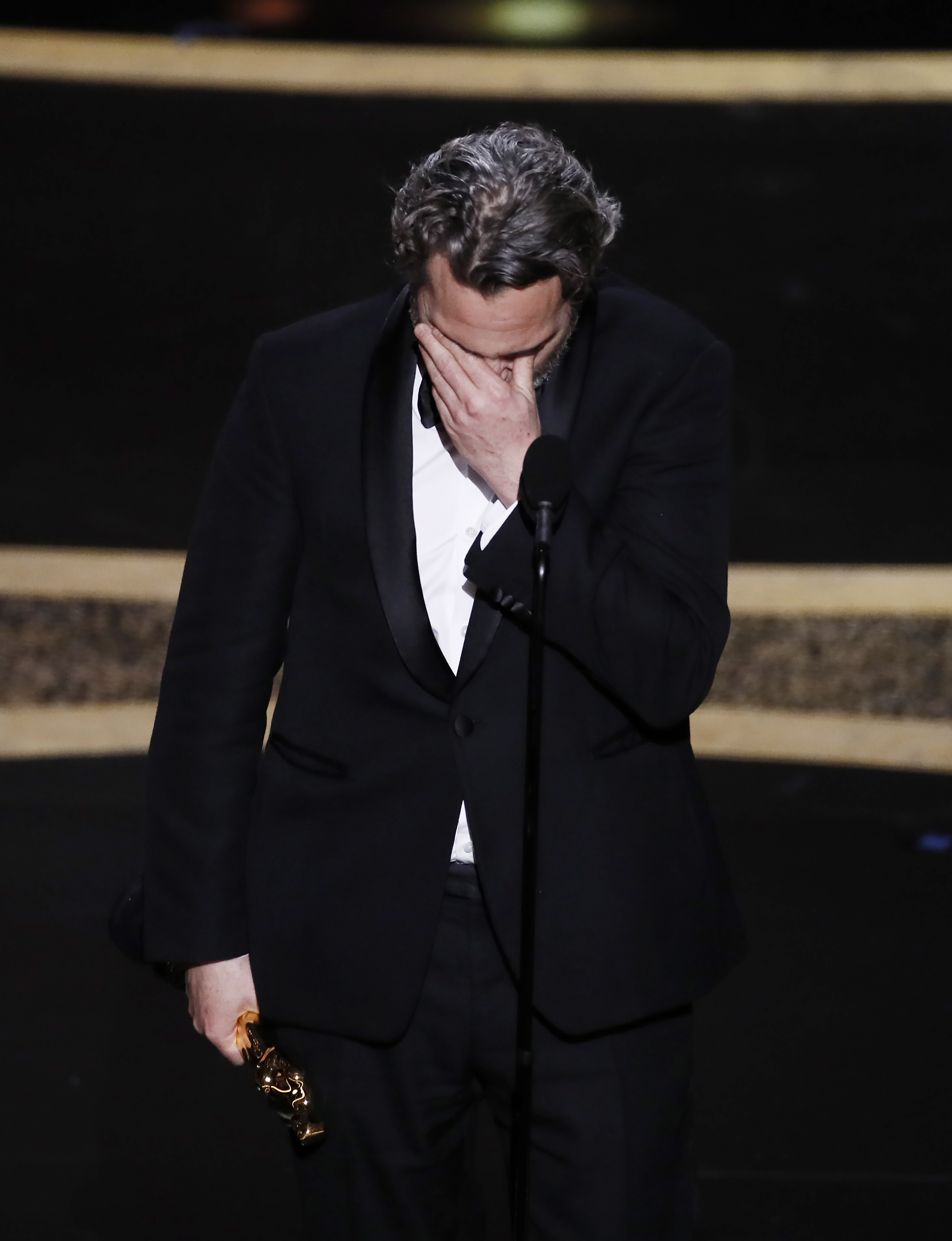 "I think that’s when we’re at our best: when we support each other," he said.

"Not when we cancel each other out for our past mistakes, but when we help each other to grow.

"When he was 17, my brother wrote this lyric.

"He said: 'Run to the rescue with love and peace will follow.'"

Related posts:
Loose Women's Nadia Sawalha, 53, strips naked to mock Gwyneth Paltrow's nude 48th birthday post
Ukrainian air crash victim's daughter had 'premonition' before he died
Popular News
Veteran leaps 131ft from helicopter into the sea WITHOUT a parachute
26/10/2020
Man Utd wonderkid Ramon Calliste, called ‘the next Giggs’, now owns luxury watch business and makes £5m a year – The Sun
26/03/2020
Megan Thee Stallion Addresses Criticism Over Twerking: ‘I Love to Shake My A**’
26/03/2020
Police guard shops to stop coronavirus panic-buyers and enforce social distancing – The Sun
26/03/2020
Coronavirus: Good Morning Britain’s Dr Hilary reveals ‘game-changing’ self-testing kit
26/03/2020
Recent Posts
This website uses cookies to improve your user experience and to provide you with advertisements that are relevant to your interests. By continuing to browse the site you are agreeing to our use of cookies.Ok