Jennifer Arcuri claims 'she slept with Boris at his martial home'

Boris Johnson’s lover Jennifer Arcuri has revealed they slept together on the sofa in his family home while his wife was at work and was ‘almost caught’ by the barrister.

The US tech entrepreneur, who took a selfie in the kitchen of the £3.35million Grade-II townhouse, left just minutes before Marina Wheeler got home.

The explosive claim was made by Miss Arcuri, 36, as she lifted the lid on her four-year affair with the then London Mayor.

A spokesman for No 10 told MailOnline it had ‘nothing to add’ to the claims. 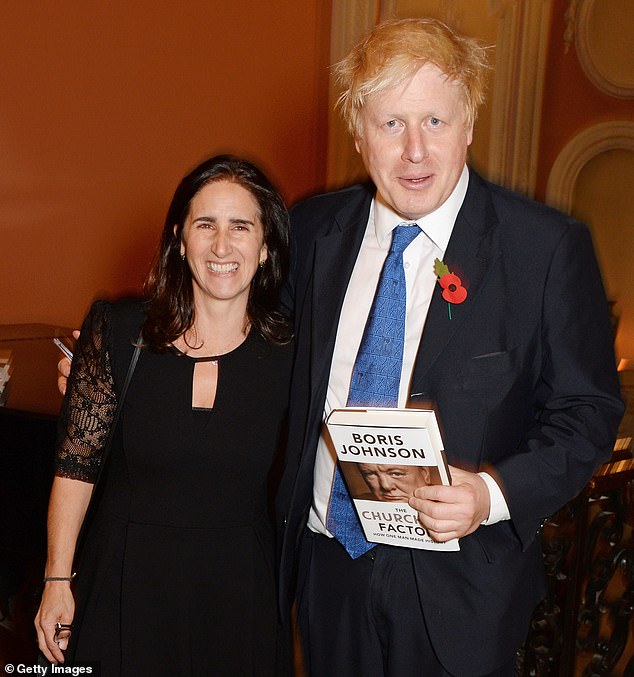 In an interview with the Sunday Mirror, the former model revealed the couple would meet for weekly trysts and exchanged sexual messages.

Mr Johnson told her one raunchy photograph she sent him was ‘enough to make a bishop kick a hole in a stained-glass window’.

The prime minister is under investigation by the Greater London Authority over whether he breached the mayoral code of conduct by failing to declare his relationship with Miss Arcuri.

In 2019, it emerged that she had been given £126,000 of public money and privileged access to three official overseas trade missions led by him.

Miss Arcuri claims in March 2016 she had sex with Mr Johnson on the sofa in the living room of his marital home, which he shared with his wife Marina Wheeler.

Messages between the pair reportedly show him texting her his Islington address, before telling her he wanted to ‘check the coast is gonna be clear’.

That evening he cooked her cheesy pasta and they read Shakespeare’s Macbeth, which was ‘kind of foreplay routine we had’, she said.

‘After we made love… I felt conflicted being there in his family home and seeing him like this but I couldn’t help but love the feeling of being desired.’

She left just ten minutes before Miss Wheeler, a QC and the mother of four of his children, returned home from work.

Miss Arcuri, who is 20 years younger than Mr Johnson, had initially denied rumours of the affair when the scandal broke.

But in an interview with the Daily Mail in October, she admitted for the first time that they had been intimate.

The latest interview is her most explicit account yet of the lengths Mr Johnson went to pursue her and the extent of their affair.

Miss Arcuri was a business student when she met him at an event in 2011. A few months later she volunteered to help his 2012 campaign for re-election as mayor.

She said there was an ‘obvious spark’ when he recognised her on his ‘Boris Bus’ campaign vehicle and they exchanged numbers.

Ms Arcuri claims the pair first had sex in her flat on Shoreditch High Street, where she had pole dancer’s apparatus installed, just hours before he attended the opening of the 2012 London Paralympics

Weeks later he texted her asking to go for a private drink.

She told how he ‘showed up late, dishevelled and chaotic’ and walked in with his bike helmet still on.

She said: ‘He went to the bar and came back within a minute and said, ‘Jennifer can I borrow £3.10?’

‘On their second date some weeks later, he was ”very forthright” and told her: ‘I can’t stop thinking about, I want to date you, I really like you.’

She said he stroked her leg under the table and ‘begged to go home’ with her but was ‘frustrated’ when she refused and ‘biked off in a huff’.

Outside the restaurant, despite posing for selfies with members of the public ‘he screamed, ‘Kiss me!’ And I said, ‘Mr Mayor, I do not kiss politicians on the street’.

They first had sex at her flat in Shoreditch, east London – where she had installed a dance pole – on August 29, 2012, she said, just before the Paralympics ceremony.

Afterwards, Mr Johnson, who had turned up in his mayoral suit with Olympic badges, ‘was very clearly distraught because he wanted to stay. I think I couldn’t even find his sock – it was just the most bizarre experience’.

Despite sitting beside Miss Wheeler – the mother of four of his children – and senior royals during the televised event, which was also attended by Princess Anne, Prince William and Kate Middleton, he continued to text and call her all evening.

They met regularly over the next four years, she said. 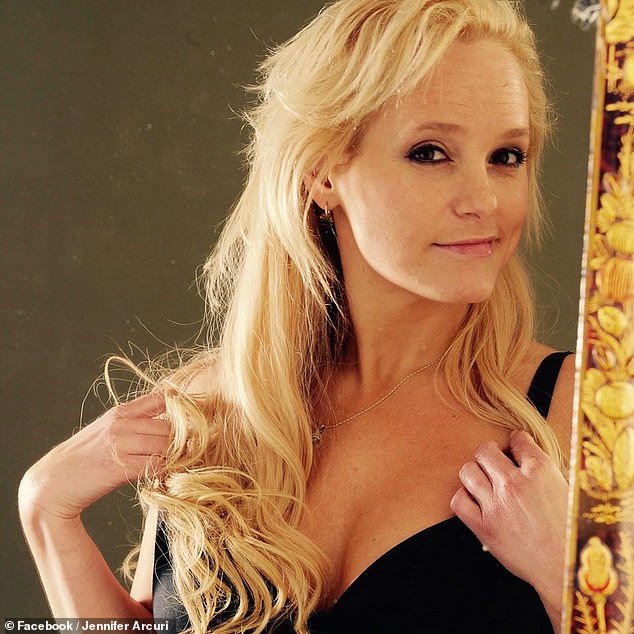 ‘He’d say, ‘You are the most beautiful woman, I can’t stop thinking about you… Of course I love your body, and your face, and your breasts, but you are a very clever woman’.’

She told how she once sent Mr Johnson an ‘arty’ pin-up picture of herself topless by a fireplace.

His enthusiastic reply was a quote from Raymond Chandler’s 1940 novel Farewell, My Lovely: ‘It was a blonde. A blonde to make a bishop kick a hole in a stained-glass window.’

Miss Arcuri ended the affair in 2016. Mr Johnson’s marriage to Miss Wheeler ended in 2018 when the then Foreign Secretary began an affair with his current fiancee Carrie Symonds, 33.

Last year the Independent Office for Police Conduct said it had found no evidence Mr Johnson had committed a criminal offence of misconduct in public office – but he may still face a GLA inquiry.

Ms Arcuri maintains that she was invited on trade trips in her own right as a member of the London tech-scene.

But she slammed Mr Johnson as a ‘cowardly, wet noodle’ for not standing by her during the fallout.

The Prime Minister has previously never confirmed or denied that the pair were involved in an affair.