The Japanese Prime Minister Shinzo Abe has declared a state of emergency to fight new coronavirus infections sweeping across major areas of the country.

The month-long state of emergency will target Tokyo and six other prefectures – accounting for 44% of Japan’s population – to ramp up defences against Covid-19.

He made the announcement on Tuesday and said the state of emergency would remain in place until May 6. 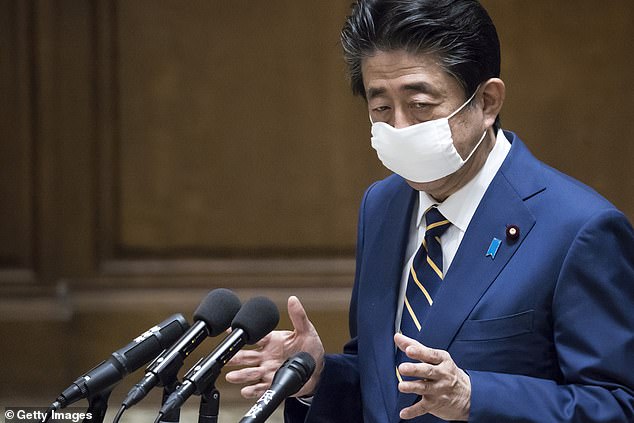 Japan’s Prime Minister Shinzo Abe speaks during a committee at the lower house of parliament on April 7. Abe has declared a state of emergency to fight new coronavirus infections in major population centres and unveiled a stimulus package he described as among the world’s biggest to soften the economic blow 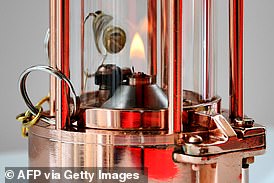 The announcement follows a surge of cases in Tokyo over the weekend.

Coronavirus infections in the capital more than doubled to about 1,200 in the past week, with more than 80 new cases reported on Tuesday. That accounts for the highest number in the country.

Nationwide, cases have climbed past 4,000 with 93 deaths as of Monday.

Mr Abe said:  ‘We have decided to declare a state of emergency because we’ve judged that a fast spread of the coronavirus nationwide would have an enormous impact on lives and the economy.’

The emergency gives governors the authority to call on people to stay at home and businesses to close.

Further measures include guidance to schools on temporary closures and requests to close non-essential businesses and stores in addition to cancelling or postponing events and exhibits.

Mr Abe said he would not enforce a European-style lockdown and there are no plans to enforces penalties for ignoring the requests in most cases.  Enforcement will rely more on peer pressure and respect for authority. 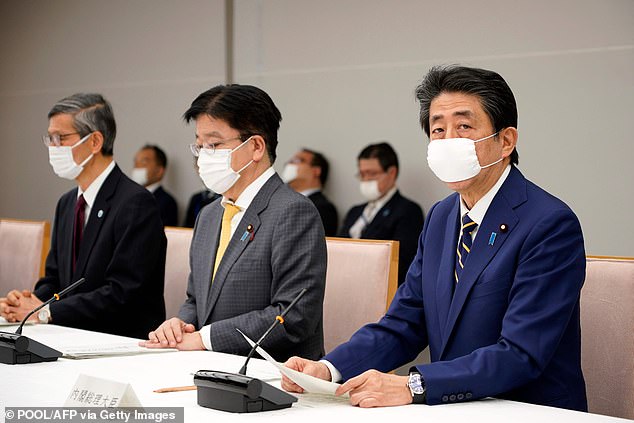 Japan’s Prime Minister Shinzo Abe (right) speaks as he declares a state of emergency during a meeting of a task force against the COVID-19 coronavirus outbreak, at the prime minister’s official residence in Tokyo on April 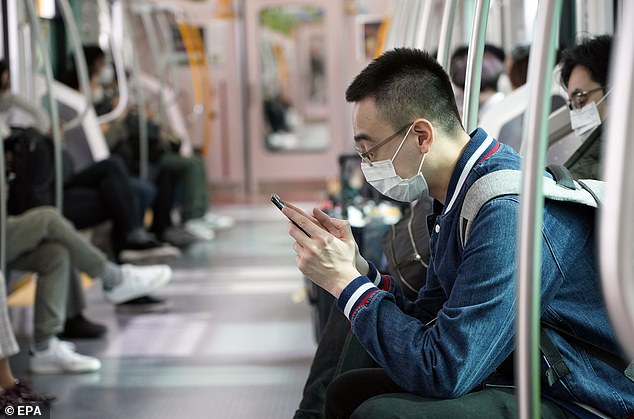 A young man wearing a face mask sits in a train in Tokyo, Japan on April 7. Abe announced the state of emergency on Tuesday, targeting the capital Tokyo and six other prefectures – accounting for about 44% of Japan’s population – for a period of about one month

He has repeatedly said a hard lockdown, like in Italy, France and the UK, is not envisaged for Japan.

Last week he said: ‘We can only make a request, but it’s different from lockdowns enforced in France and other countries.’

There are fears, however, that over bed shortages of and ICU units for patients with severe symptoms.

Osamu Nishida, chairman of the Japanese Society of Intensive Care Medicine, noted that Japan has only five ICU beds per 100,000 people, compared to 12 in Italy and about 30 in Germany. 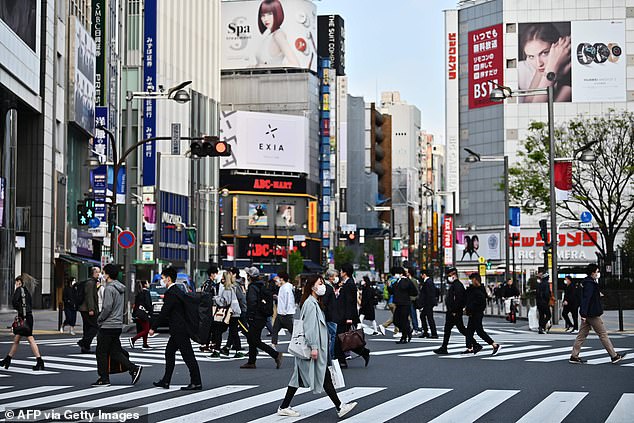 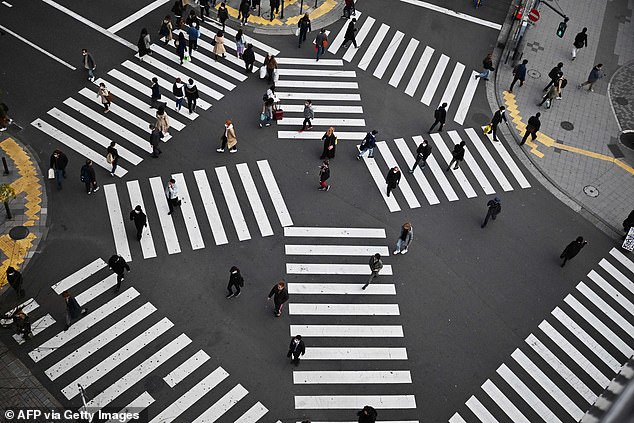 People cross a street in Tokyo’s Shinjuku district on April. ‘We have decided to declare a state of emergency because we’ve judged that a fast spread of the coronavirus nationwide would have an enormous impact on lives and the economy,’ Abe told parliament earlier

Abe has said the central government has secured 25,000 beds and 8,000 ventilators. The health ministry also eased hospitalization requirements for patients with no symptoms or only slight illnesses, allowing their transfer to hotels and other designated lodgings where they can be monitored by medical workers.

Mr Abe also unveiled a stimulus package he described as among the world’s biggest in a bid to soften the economic blow caused by Covid-19.

His cabinet will also finalise the package, worth 108 trillion yen ($990 billion), which is equal to 20% of Japan’s economic output.

It is intended to cushion the impact of the epidemic on the world’s third-largest economy.

That exceeds the 11% of U.S. output for the stimulus package laid out by President Donald Trump and 5% of output for Germany’s package.

Abe said direct spending would amount to 39 trillion yen, or 7% of the economy.

That is more than double the amount Japan spent following the 2008 collapse of Lehman Brothers.

Japan has so far been spared the big outbreaks of the coronavirus seen in other global hot spots, but a recent steady rises led to growing calls for Abe to announce a state of emergency.

Tokyo Governor Yuriko Koike said the city was in talks with the central government to decide what types of facilities it would ask to close or curtail business hours.

He reiterated that there would be no restrictions on buying groceries and medicine.

Abe added that the government would not ask rail companies to reduce the number of trains in operation.

Other essential infrastructure like mail and utilities would operate, as will ATMs and banks, public broadcaster NHK said.

He told reporters:  ‘We are asking citizens to buy only what they need when they need it as there is sufficient food supply and no suspension is planned at food factories.’ 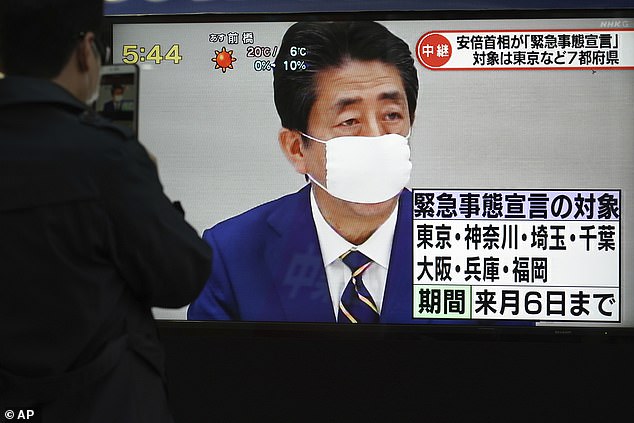 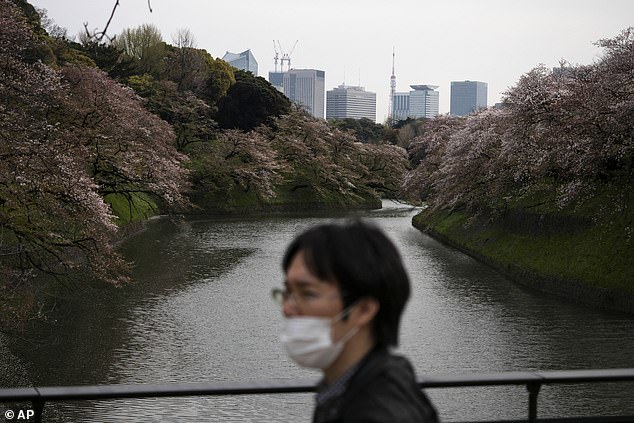 A man with a mask walks past Chidorigafuchi moat lined with blossoming cherry trees in Tokyo on Tuesday, April 7

Aside from the physical effects of Coronavirus, movement restrictions may damagee Japan’s economy.

The country is already seen as being in recession with supply chain disruptions and travel bans slowing factory output and consumption.

Japan will sell a record amount of additional bonds worth more than 18 trillion yen (around $164 billion) to fund the stimulus package.

This will add to its huge debt, which is twice the size of its economy.

While the stimulus could ease the immediate damage from the pandemic, lawmakers are calling for even bigger spending to prevent bankruptcies and job losses.

Takahide Kiuchi, a former Bank of Japan board member who is now an economist at Nomura Research Institute, said:  ‘The government will probably compile another supplementary budget soon to stimulate the economy with even more spending.’