AT least 56 people have died and three million have been told to evacuate amid widespread flooding in Japan.

Torrential rain that began over the weekend has swelled rivers, triggered mudslides, and destroyed houses and roads in areas across the country. 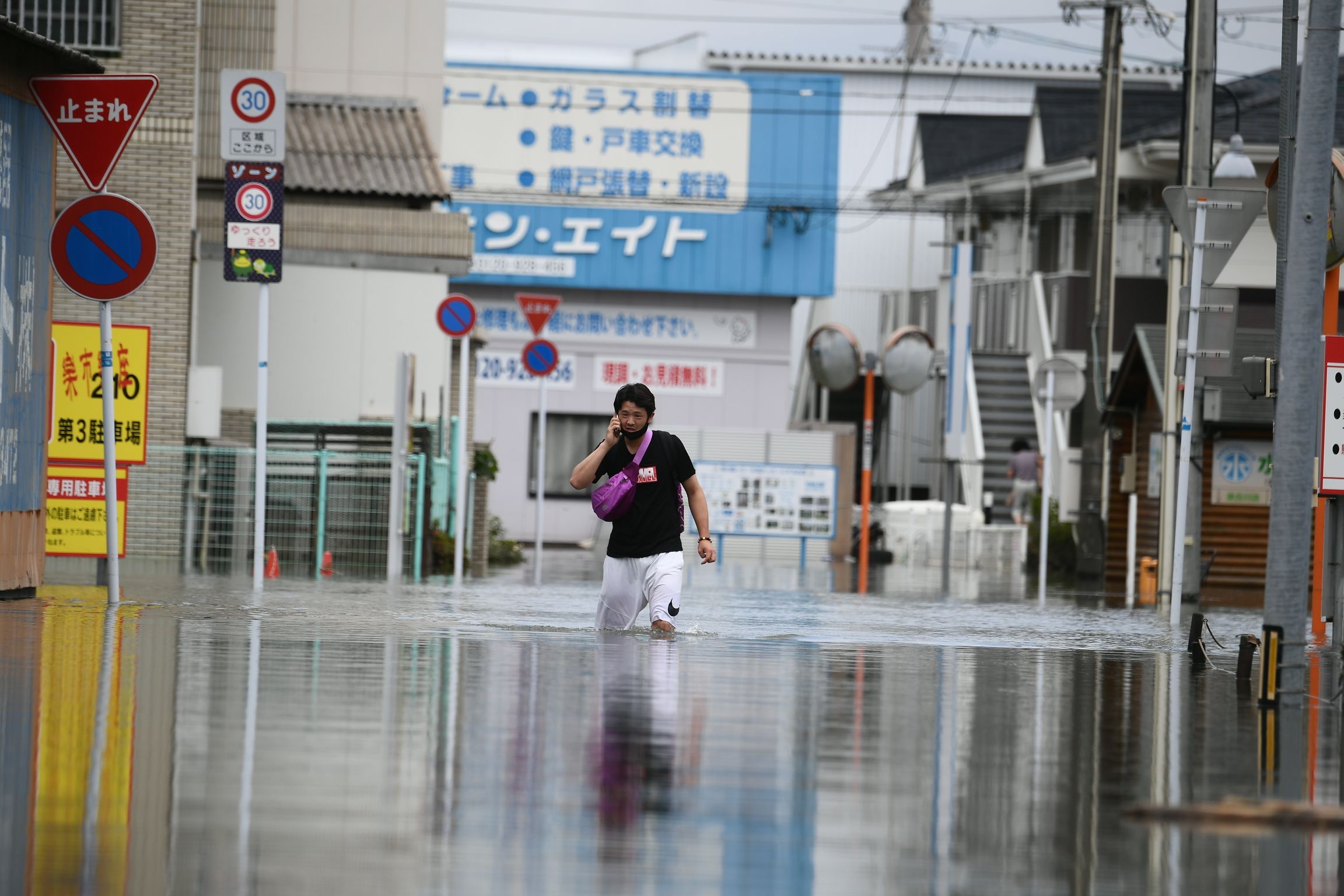 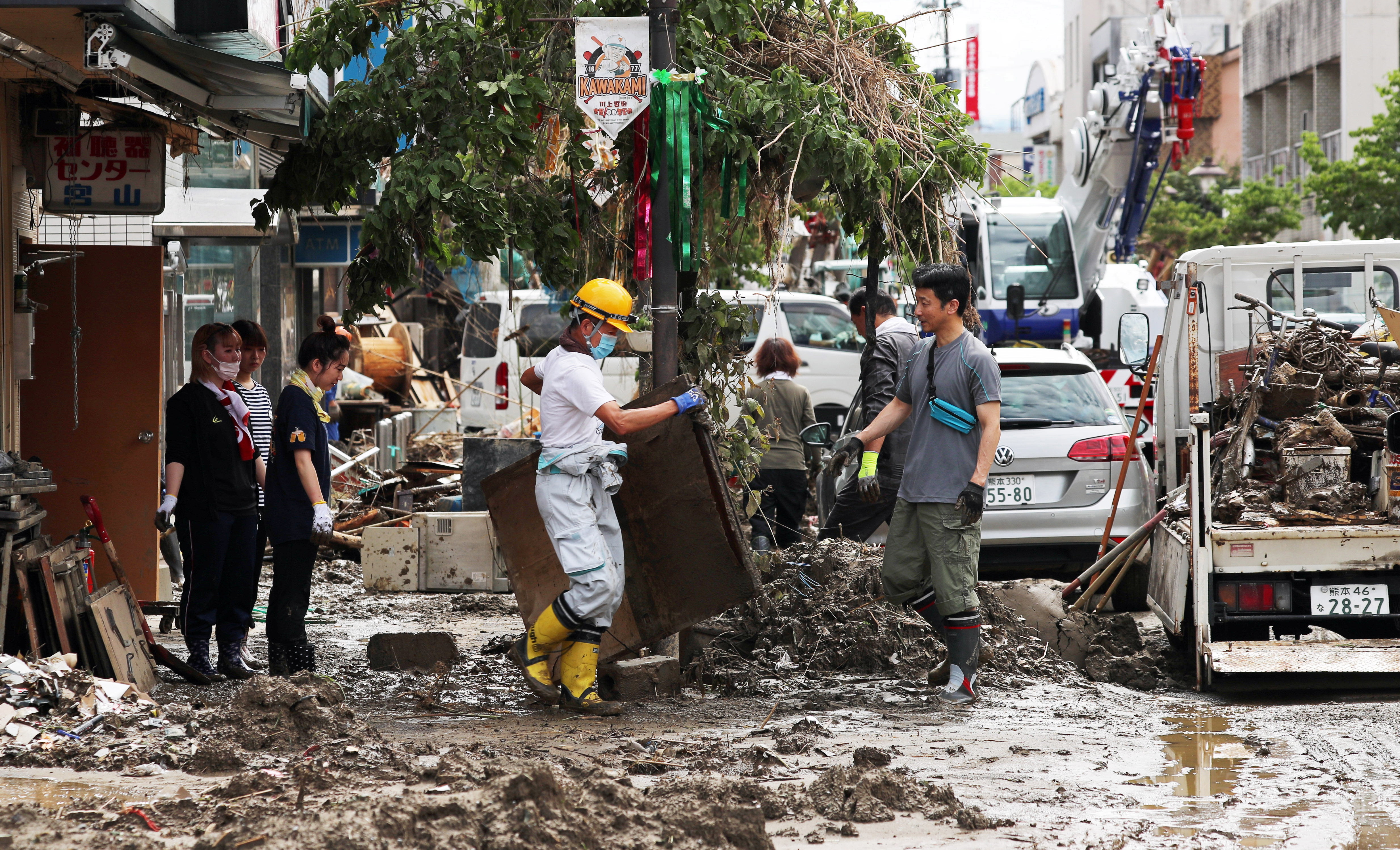 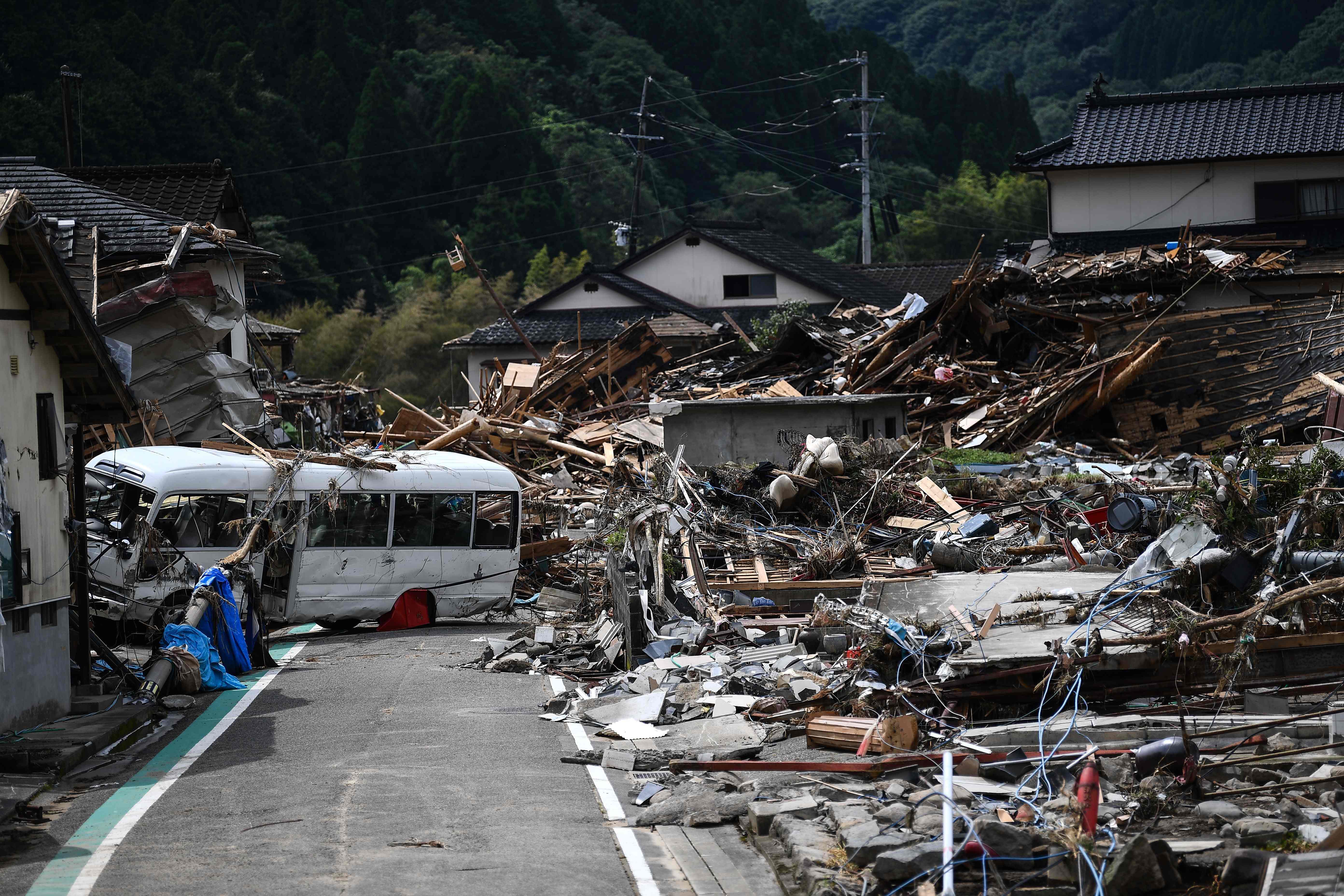 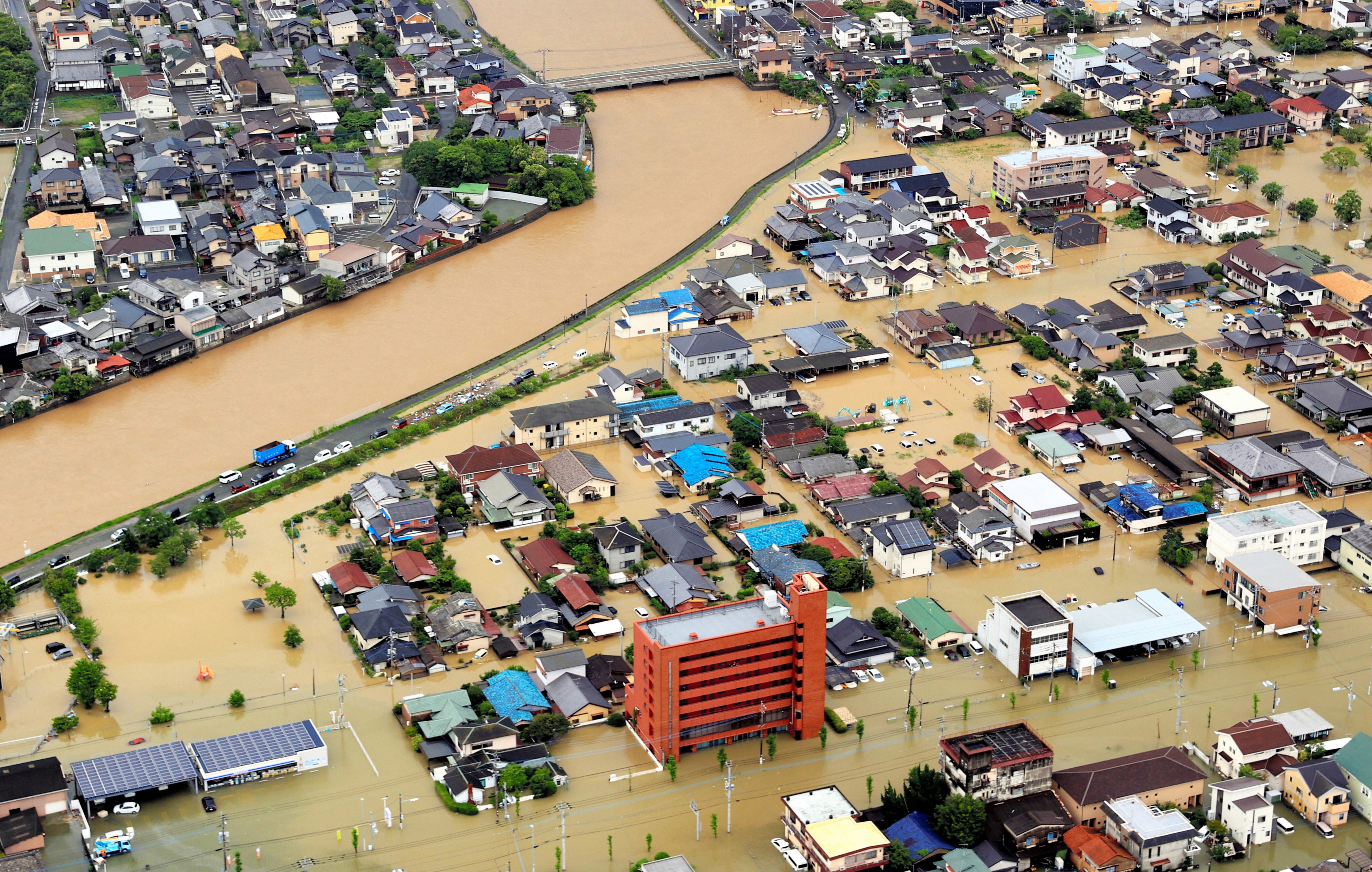 The central cities of Nagano and Gifu both saw flooding, while aerial photos from the southern city of Omuta showed entire neighbourhoods underwater.

Flooding on a major road in Nagano is reported to have left hundreds of residents and visitors stranded, though they are thought to have been safely evacuated.

Several houses were reportedly hit by a mudslide in the central town of Takayama, though the residents were again rescued.

At the peak of the disruption, as many as 3.6 million people were advised to leave their homes, although action wasn't mandatory and the number who sought shelter is not known.

About half of the advisories had been lifted by Wednesday afternoon, though officials have said the rains are now heading to the country's north.

In places where rain has subsided, residents had begun cleaning up their homes and workplaces.

In Gero, where an evacuation advisory was announced, a man washed off mud at the entrance of his riverside house.

"I was told to run away and my neighbours all went, but I stayed," he said.

"I didn't want my house to be washed away in my absence."

In the southern city of Oita, teachers at a nursery school were wiping the floor and drying wet furniture.

"I hope we can return to normal life as soon as possible", Principal Yuko Kitaguchi told NHK.

Two brothers in the city, both in their 80s, were reportedly extracted alive after their hillside home was hit by a mudslide.

Search and rescue operations continued in the nearby city of Kumamoto, where 14 people remained missing.

Tens of thousands of army troops, police, and other rescue workers have been mobilized from around the country, though operations have been hampered by ongoing rains and communication disruptions.

"Disasters may happen even with little rain where ground has loosened from previous rainfall", he said.

He also pledged continuing search and rescue efforts as well as emergency funds for affected areas.

Japan is at high risk of heavy rain in early summer when wet and warm air from the East China Sea flows into a seasonal rain front above the country.

In July 2018, more than 200 people, about half of them in Hiroshima, died from heavy rain and flooding in southwestern Japan. 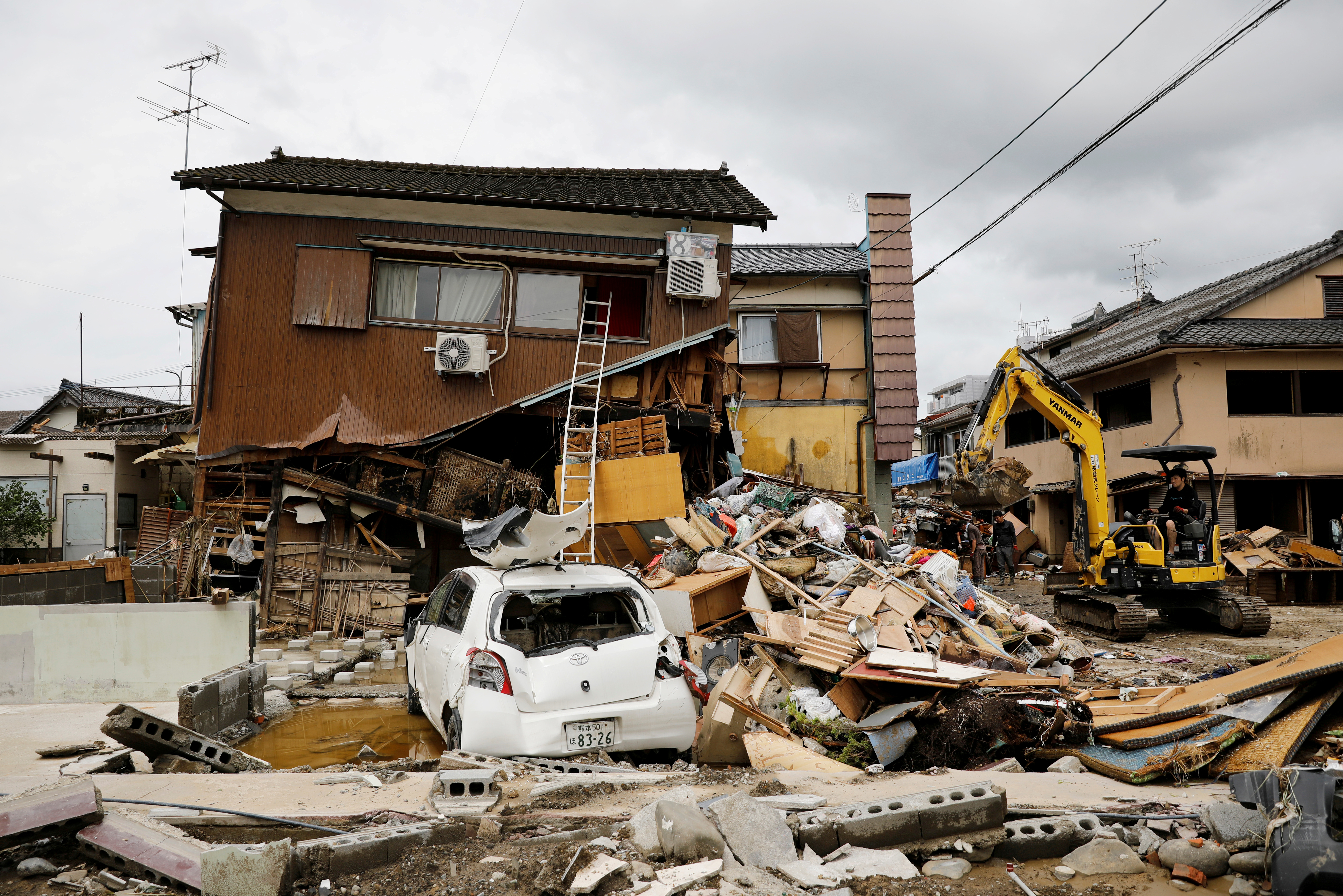 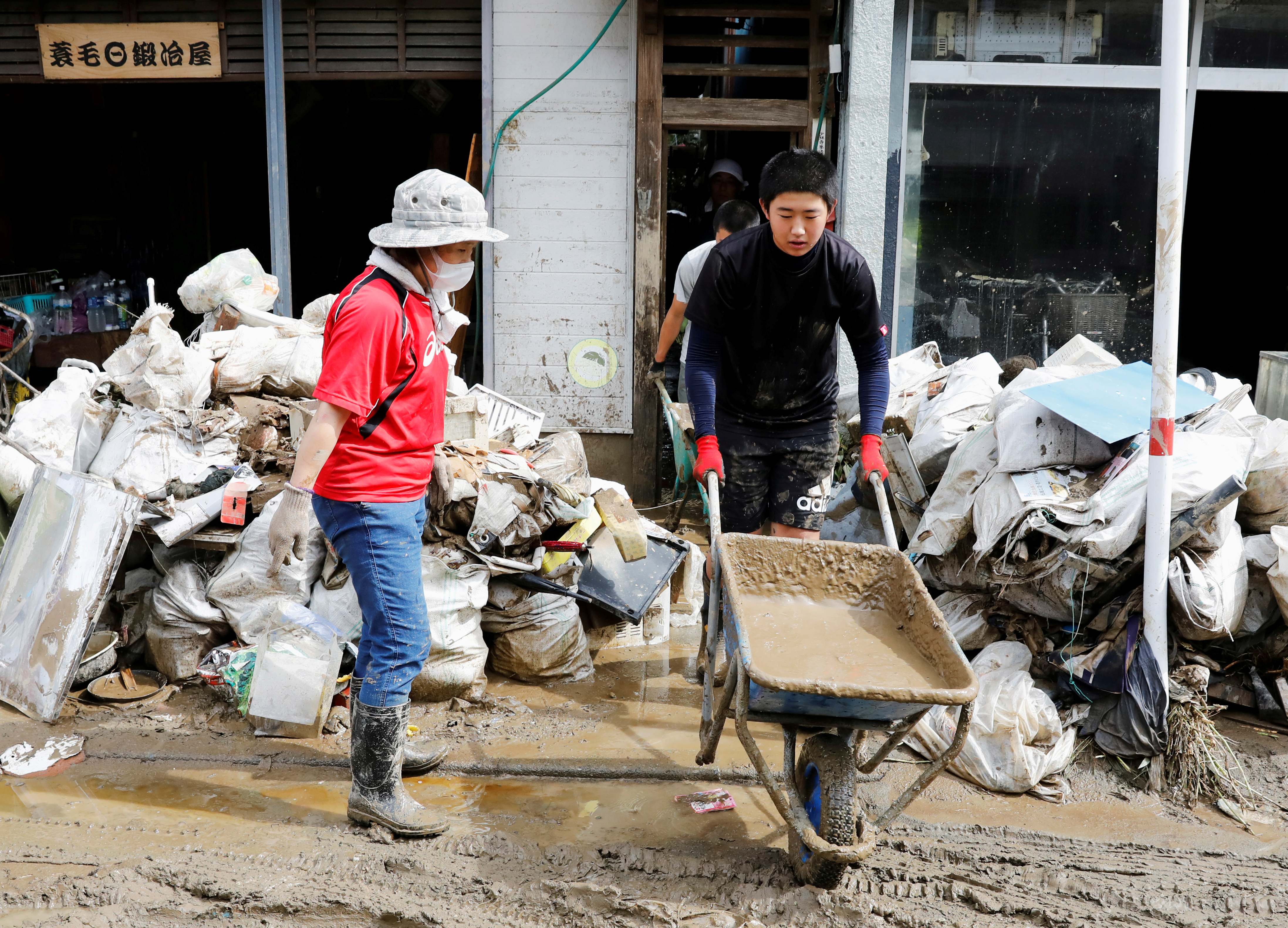 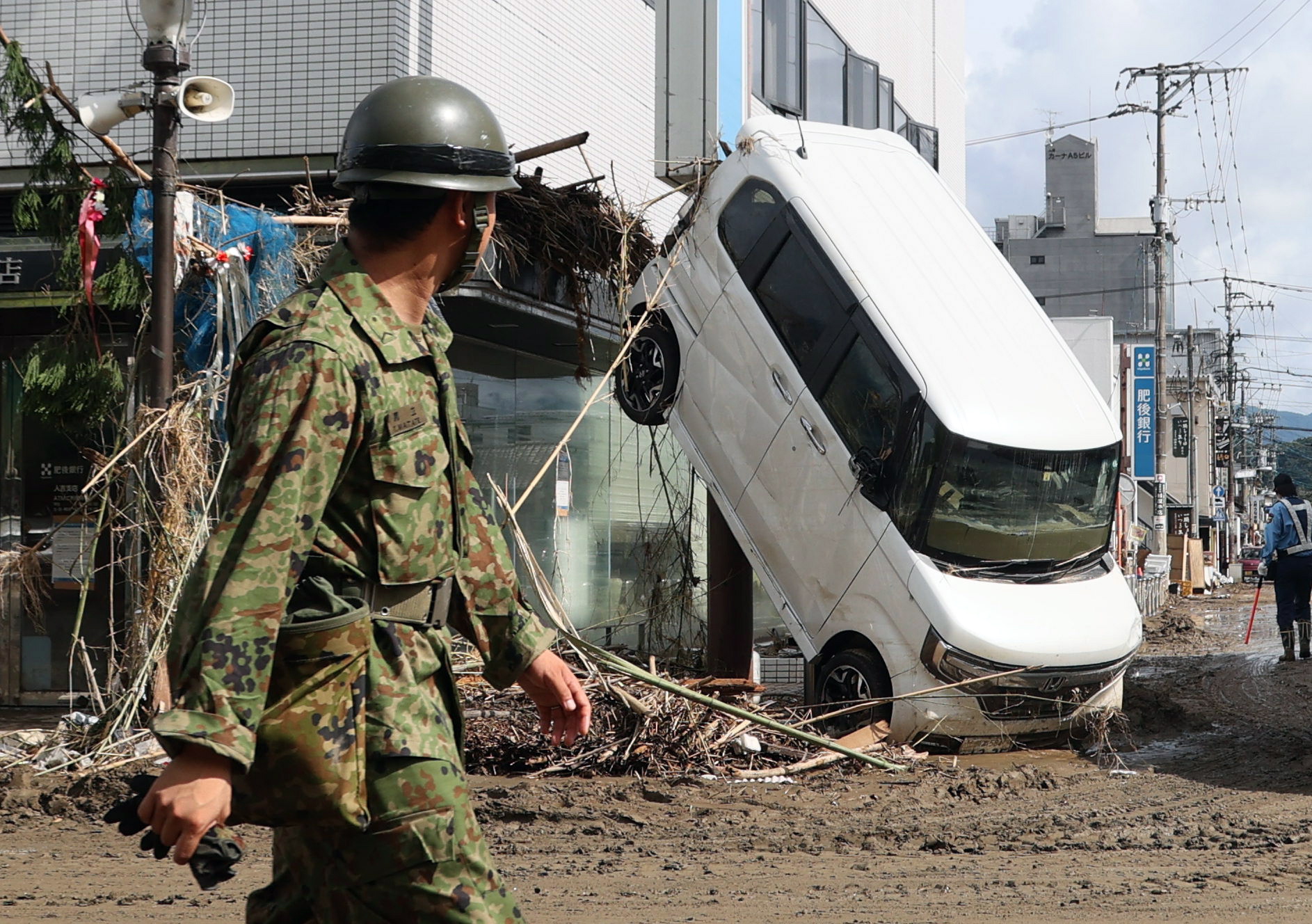 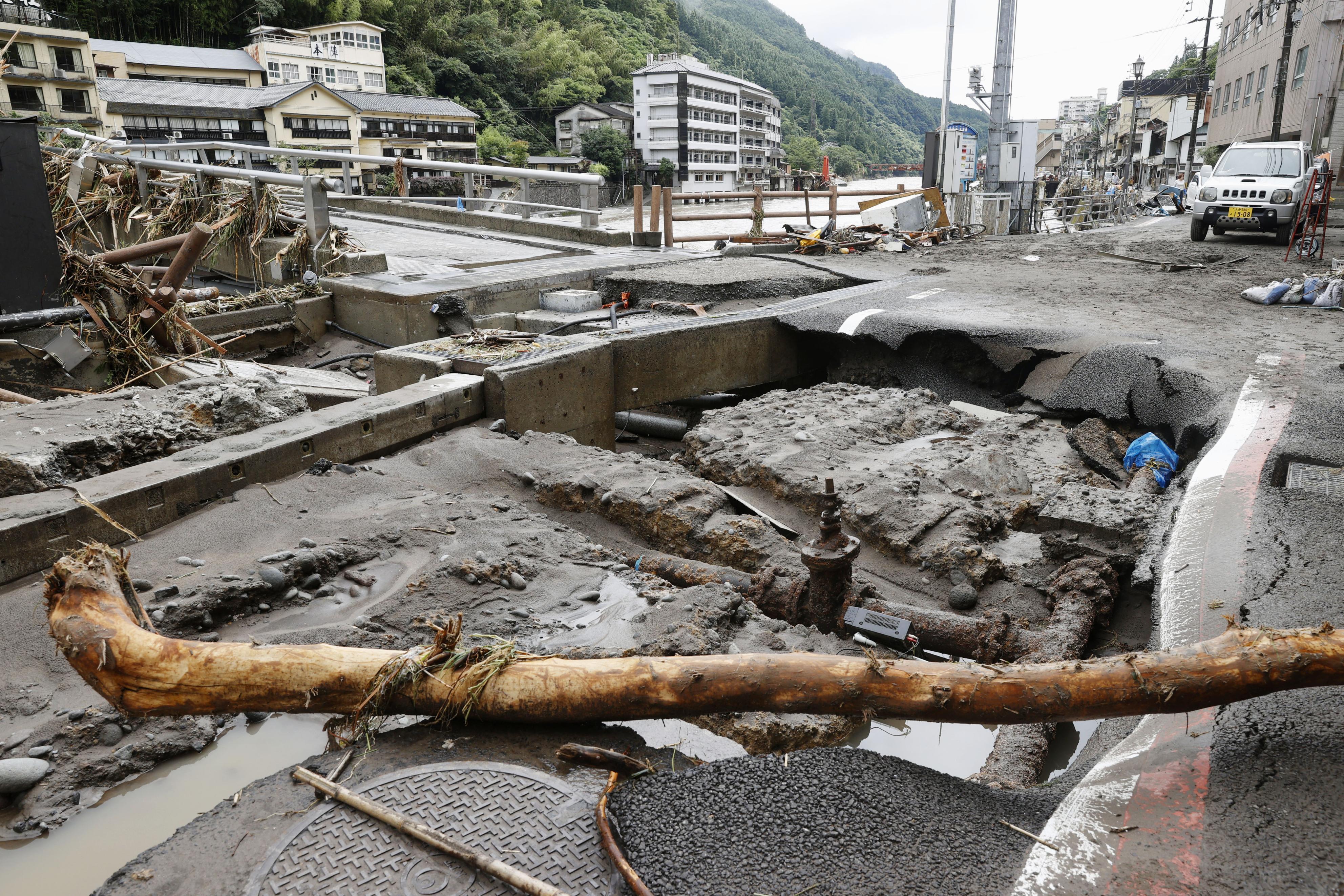 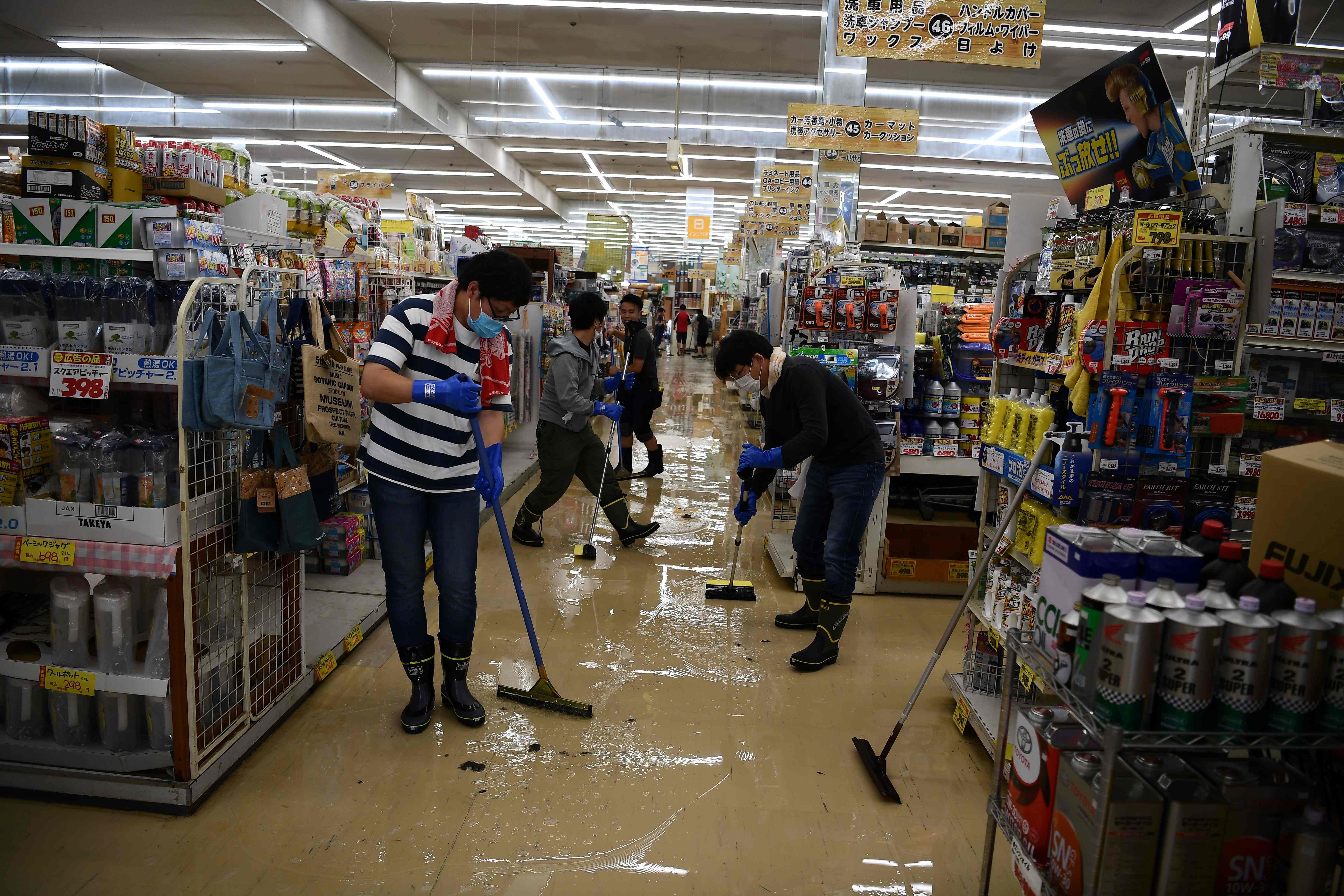 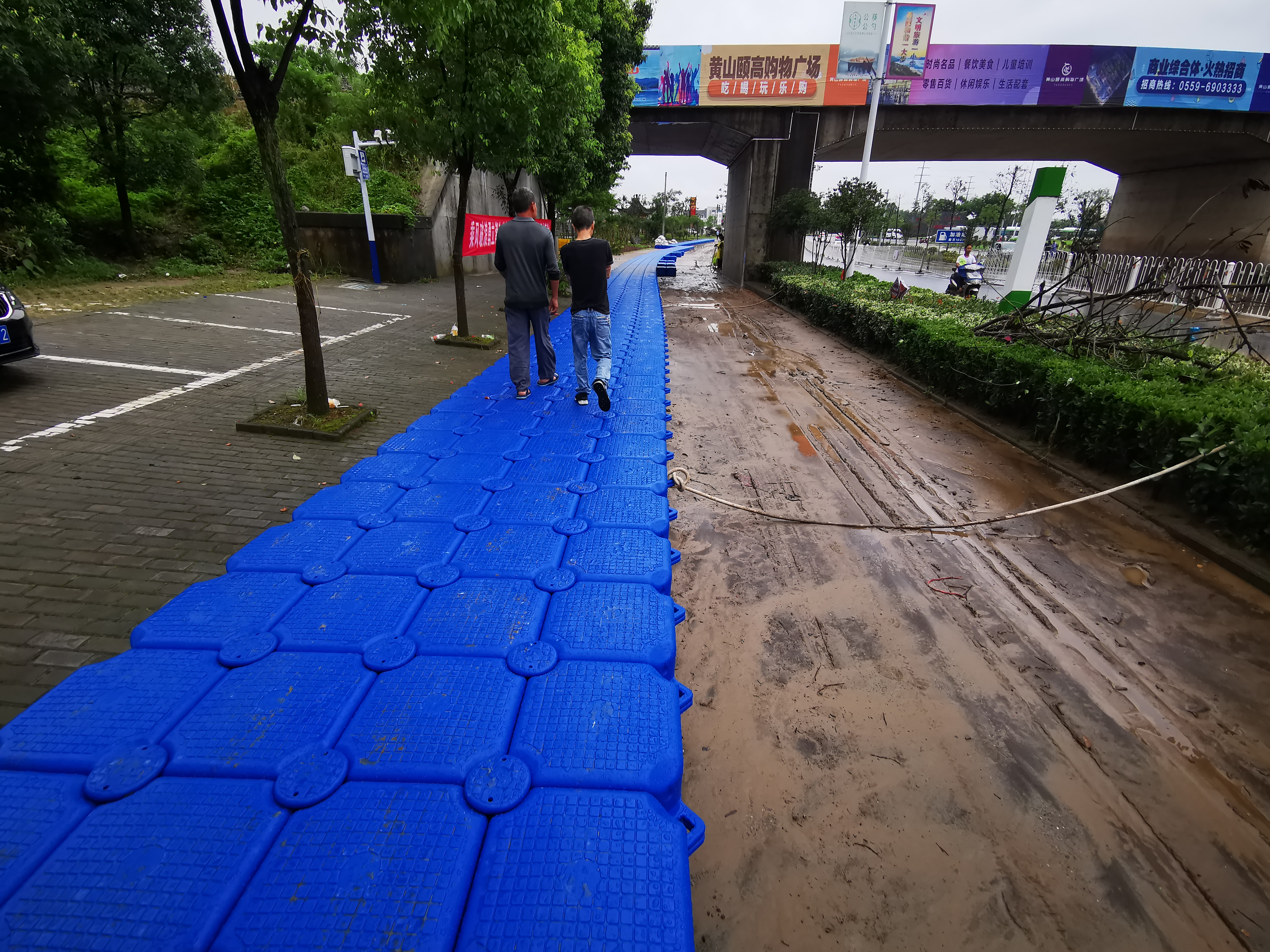 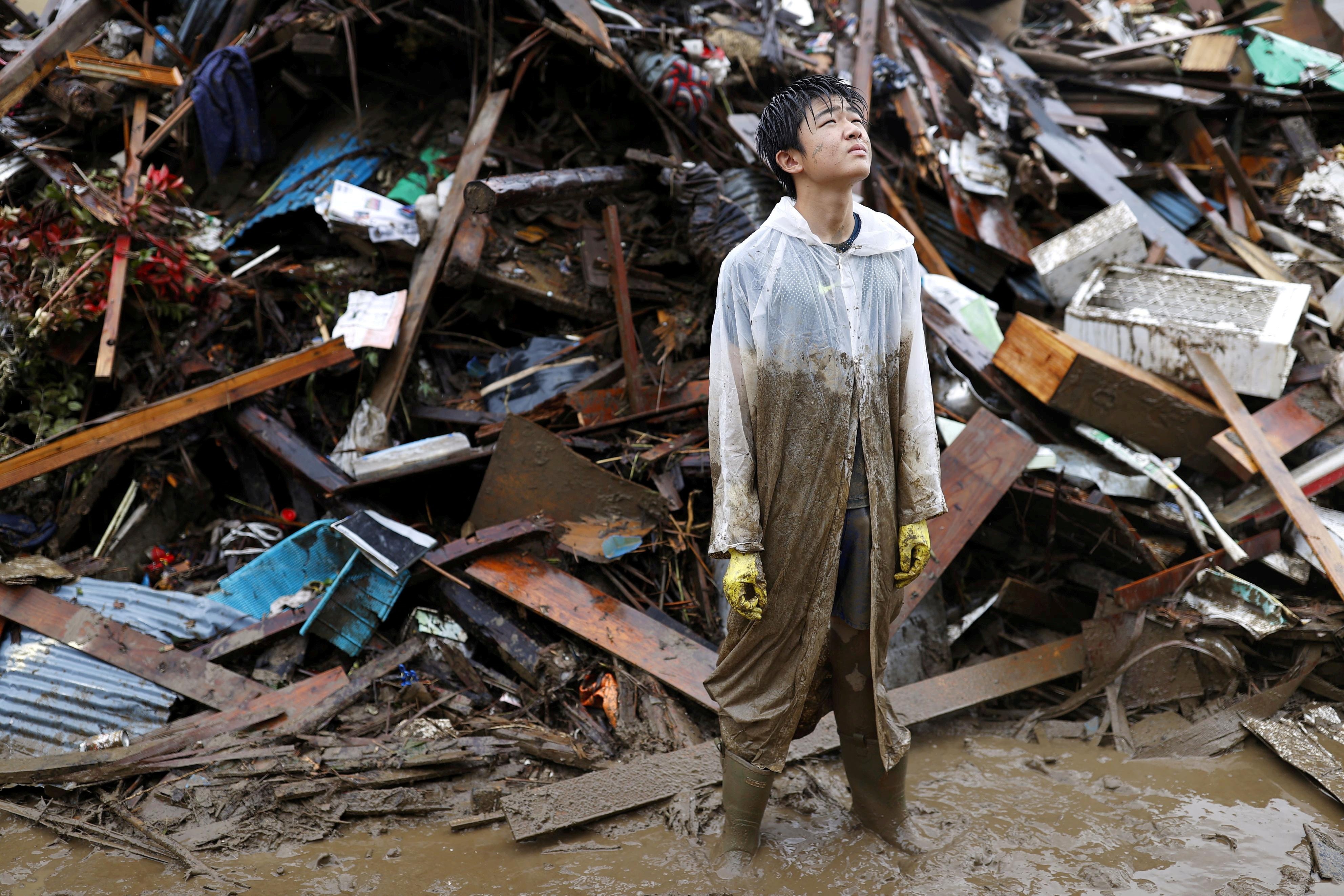 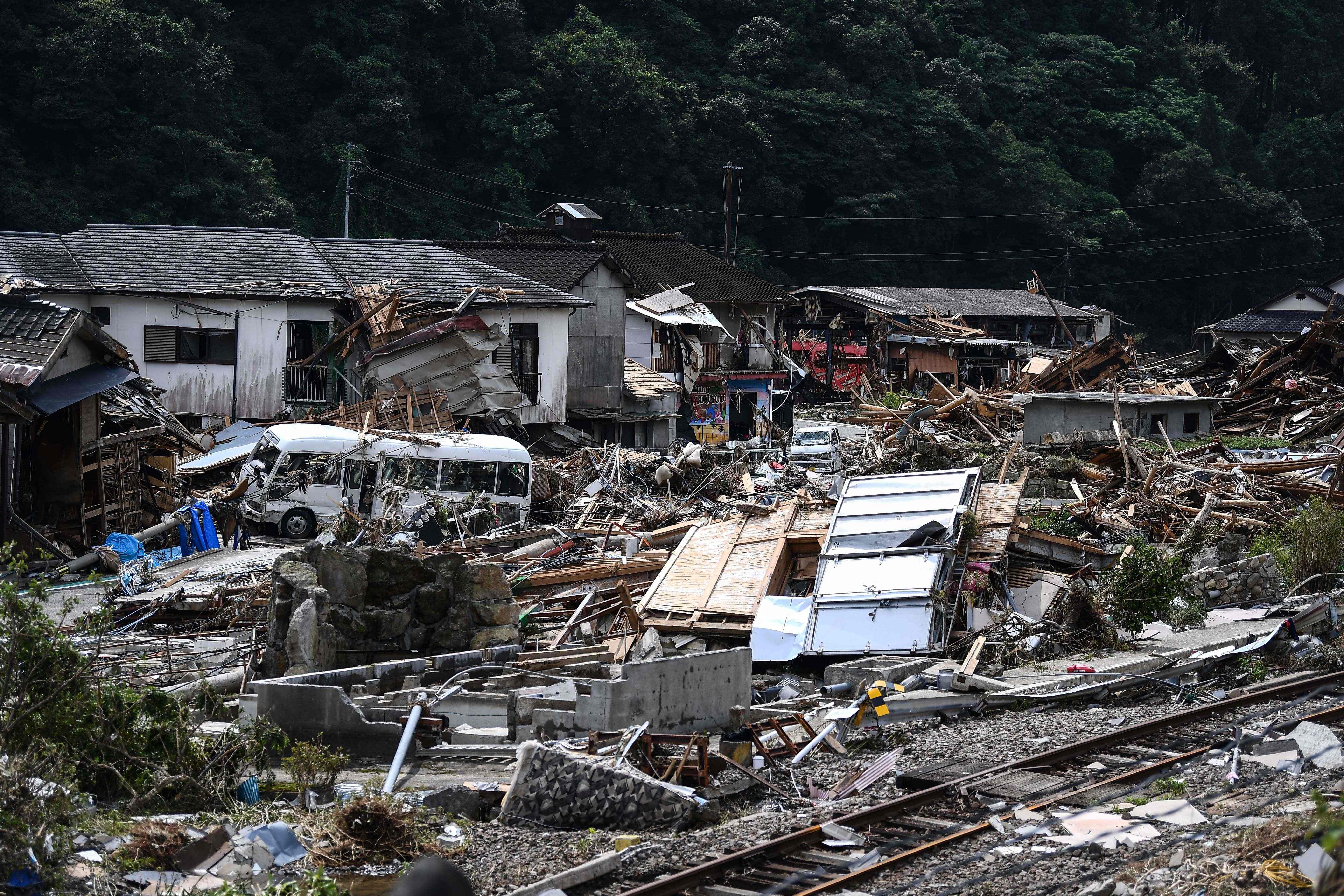 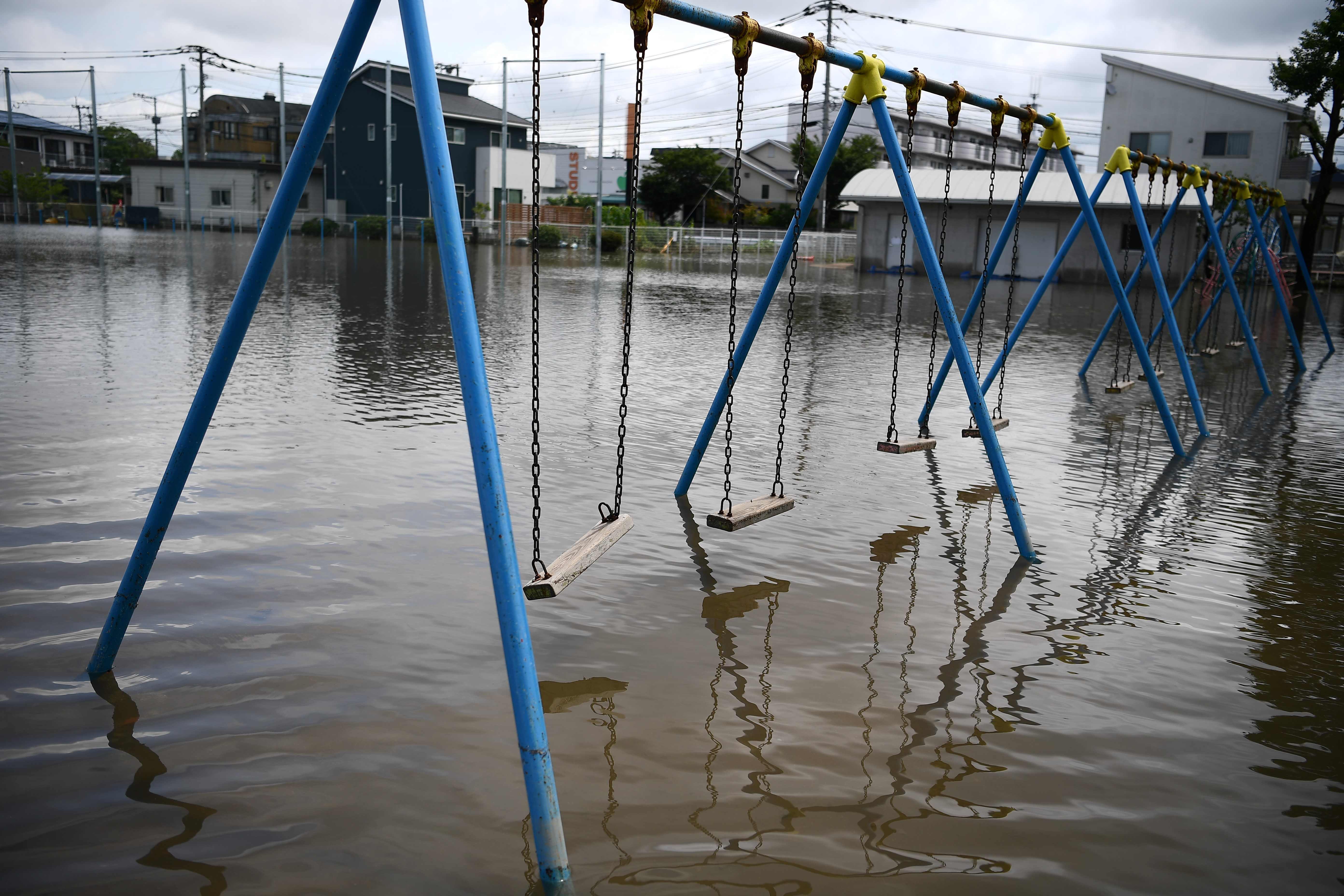 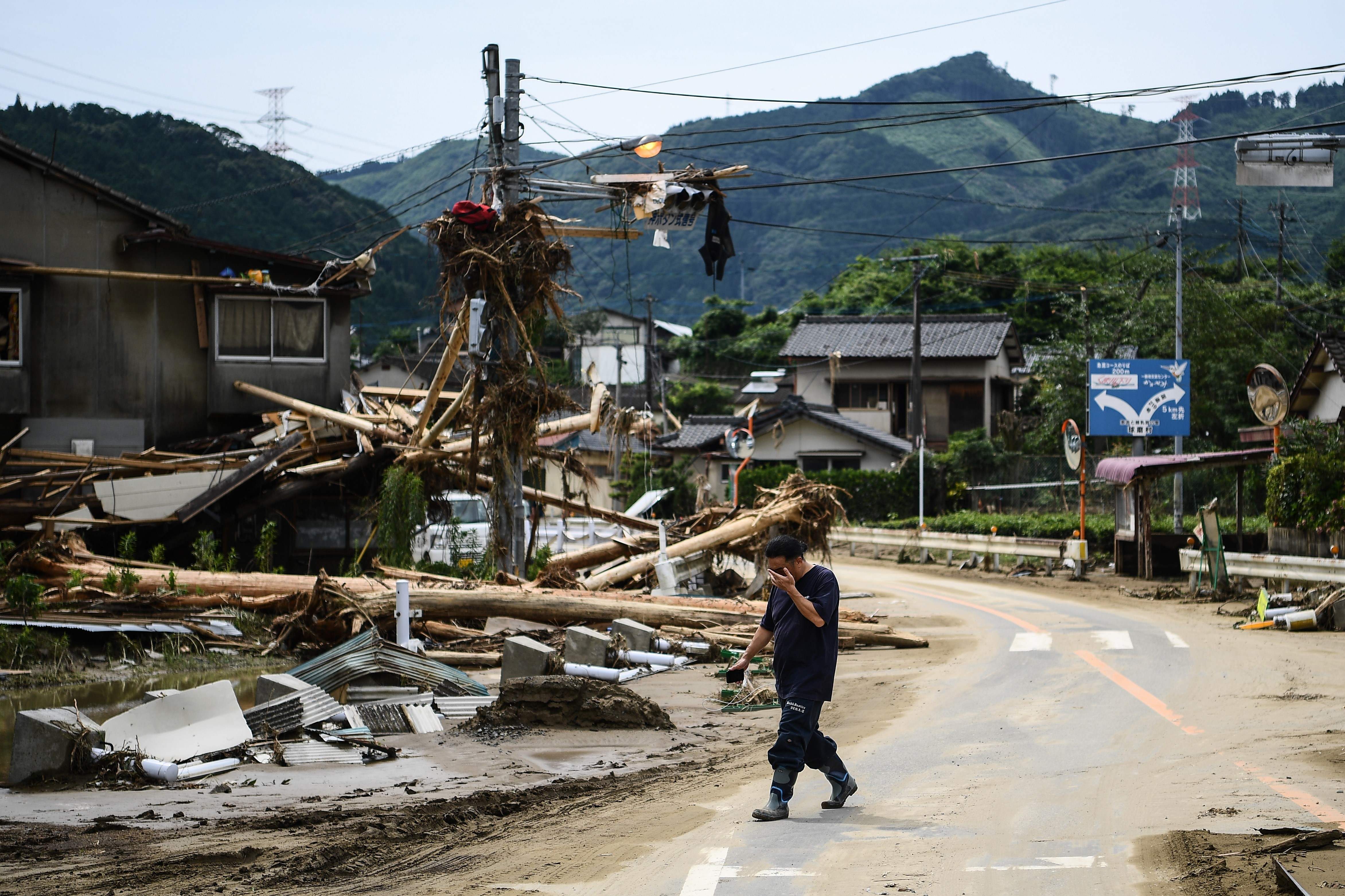