Chef Jamie Oliver has lost a battle to stop new homes being built next to his London headquarters despite after claiming it would risk privacy and raise noise levels.

Last month Islington Council approved plans to build a two-storey extension on a building near Oliver’s HQ, which is also home to the Naked Chef’s cookery school.

Raising a complaint on the 45-year-old’s behalf, Rob Harrington, facilities manager at the headquarters in Islington, said: ‘You can imagine (privacy) is not something Jamie has much of outside of his home and workspace.’

Councillor Gulcin Ozdemir said the celebrity chef’s needs should not be prioritised over new homes in the North London borough, which currently has 14,000 people waiting for social housing.

Essex-born Oliver had complained the extension would raise noise levels and block lighting to his base, which he uses for filming. 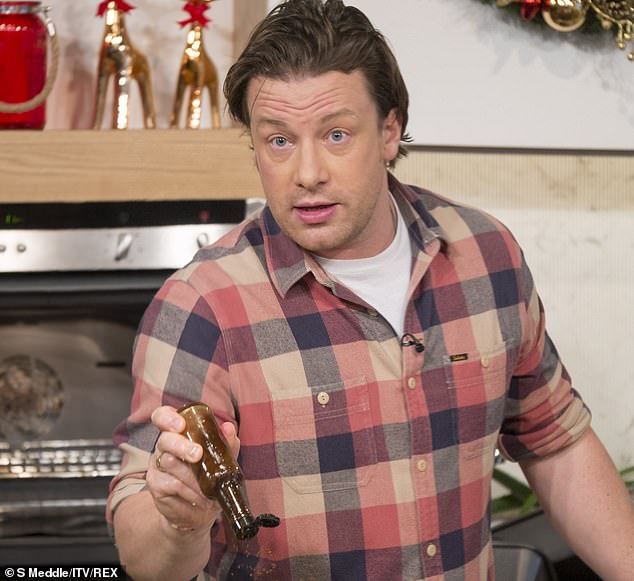 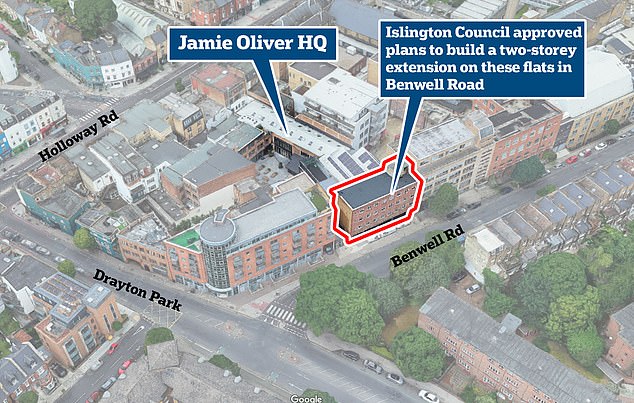 Jamie Oliver Group occupies about 1,845sq.m of floor space at the building, having moved there in 2017.

There are eight years left to run on the lease on the building.

Mr Harrington told Islington Council’s Zoom planning conference call: ‘The proposal will impact our business greatly through the construction phase and subsequently if the development is approved.

‘A key driver for us moving to the area in 2017 was the fantastic space with its privacy and natural light the building offered.’

Mr Harrington added: ‘This will not only commercially hit our capacity to work effectively but it will also impact Jamie and our staff’s privacy, which as you can imagine is not something Jamie has much of outside of his home and workspace.’

He also said the new homes could impact on filming and photography work at Jamie Oliver’s offices, by blocking out natural light.

Other businesses – including a film studio – based in the building have also opposed the scheme saying it would cause too much noise and disruption.

But Islington Council planners approved the scheme after finding it was in line with minimum distance rules from the celeb chef’s office.

Speaking for the applicant, Clearwell Creek Properties Ltd, Greg Dowden said the developers had worked ‘very hard’ with adjoining occupants to make sure they had the best possible scheme. 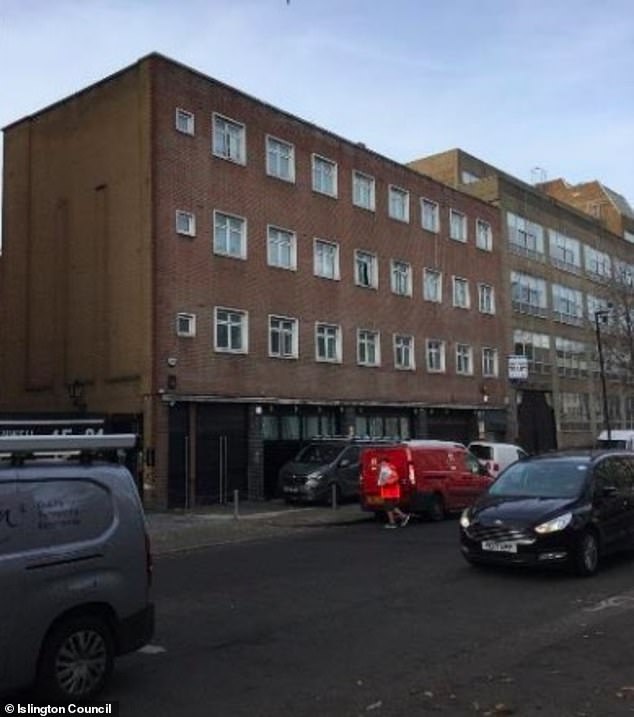 Islington Council approved plans to add a two-storey extension to this building last July, despite concerns from Jamie Oliver over noise, privacy and it blocking light to his headquarters

‘Do I think a celebrity chef’s needs should be prioritised over providing six new homes that is not even going to make a dent to the 14,000 on Islington’s waiting list?

Mr Oliver’s business woes have continued with much of his once robust empire now crumbling.

He was forced to close all but three of his 25 UK restaurants last year after the business called in administrators, with 1,000 people losing their jobs.