James Corden ridiculed Donald Trump on his show last night by singing a song called ‘Maybe I’m Immune’ in a parody of a Paul McCartney hit.

The British comedian made light of Trump’s Covid-19 infection by replacing McCartney’s lyrics with references to the president’s heavy breathing, his reluctance to wear masks and his notorious comments about injecting people with bleach.

The satirical rewrite of the Beatles legend’s 1970 hit Maybe I’m Amazed also poked fun at Trump’s controversial car ride outside the Walter Reed military hospital and the perplexing statements issued by Trump’s doctors during his stay there.

The adapted title referred to Trump’s claim on Monday that he could even be immune from Covid-19 – despite his doctors’ warnings that he may not be ‘entirely out of the woods yet’. 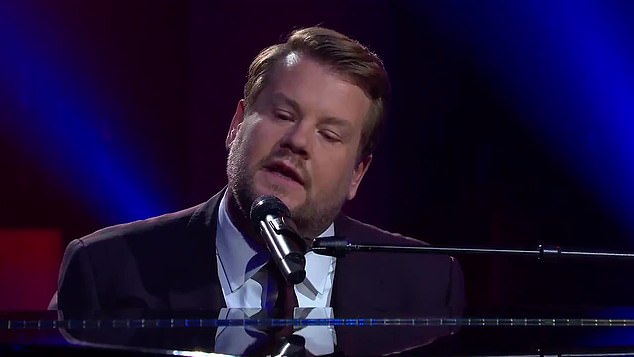 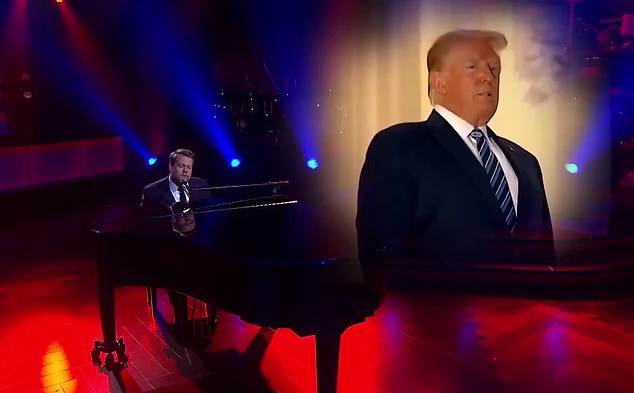 As Corden sang his song, clips of Trump’s controversial moments played on screen, including the moment he removed his mask after returning to the White House on Monday

Corden’s opening segment started with a clip from Trump’s video message when he returned to the White House on Monday, including the president’s comment that ‘now I’m better… and maybe I’m immune, I don’t know.’

Corden then launched into his song while sitting at a piano, beginning with: ‘Maybe I’m immune ’cause today I’m feeling so alive… just don’t be afraid of the way I’m breathing.

‘Maybe I’m immune, it’s OK to go out for a ride, with others trapped inside, maybe you’re immune to the lies my doctors tell you.’

As Corden sang those lyrics, footage played of Trump waving to supporters from a sealed vehicle on Sunday and his physician Sean Conley insisting that Trump ‘is doing really well’.

Corden, 42, continued: ‘Maybe I’m a man and maybe I don’t wear a mask ’cause I don’t care about others, science I don’t really understand.’

The entertainer then paused again for a clip of Trump’s infamous remark that people could be injected with cleaning products, which would be highly dangerous. 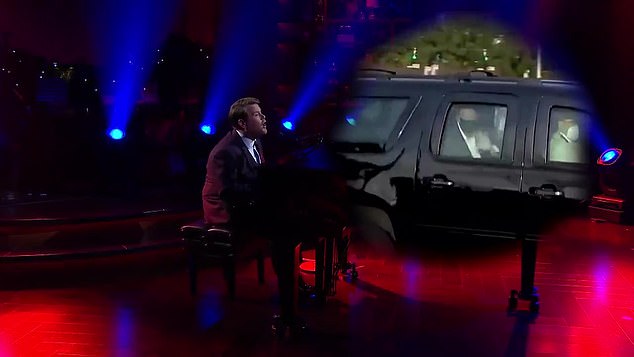 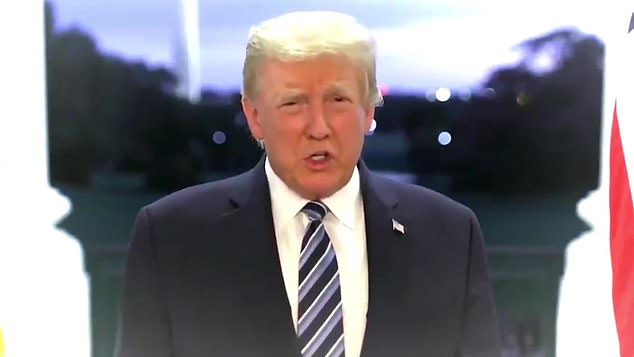 Referring to Trump’s treatment, the song went on: ‘Maybe I’m a man and maybe I’m just high from this experimental cocktail… maybe I just need some oxygen.

‘Maybe I’m immune to the way the polls are looking now. Maybe I’m afraid that it’s not fake news.

‘Maybe I’m immune to all the lies that I have made… I shouldn’t have downplayed.

Polls have consistently shown Joe Biden leading the race for the presidency, with voting already underway and less than four weeks left until polling day.

While Trump has dismissed them as ‘fake polls’, the surveys also show Biden with a small but persistent lead in key states such as Pennsylvania and Wisconsin.

Corden posted the musical clip on his Twitter account last night, after a show in which he continued to ridicule Trump’s demeanor in recent days. 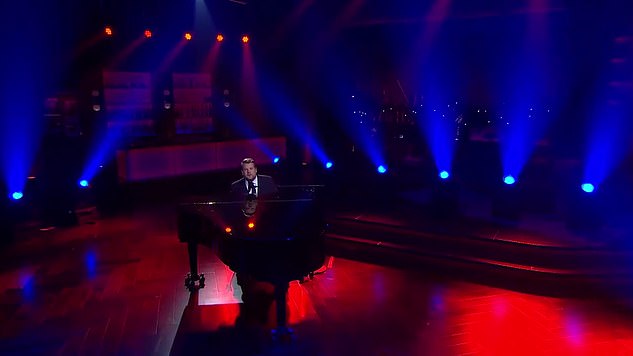 ‘He’s a 74-year-old senior citizen returning from the hospital to receive at-home care, and they made it look like Arnold Schwarzenegger is dropping into Central America to fight the Predator,’ he said of Trump’s theatrical campaign video about his return.

While Trump insists he has no symptoms, medics have dodged questions about the details of his illness.

Dr Conley admitted that Trump was given oxygen on two occasions, but insisted that he was not short of breath.

However, doctors who watched Trump’s return to the White House on Monday said he appeared to be taking labored breaths as he stood on the balcony.

The steroid Trump was given is only recommended for hospitalized patients who need extra oxygen, with studies suggesting it can be harmful in less sick patients.

Trump attracted further criticism on Monday with his remark that Americans should not be ‘afraid’ of a virus which has killed more than 200,000 people in the US alone.

Related posts:
Kim Kardashian breaks down in tears in emotional interview with David Letterman as she ‘plans to divorce’ Kanye West – The Sun
Garbstore Heads to the Countryside for FW20 Editorial
Popular News
HBO Max's The Witches Is More Like the Book Than the Classic '90s Film, but With a Twist
24/10/2020
Man Utd wonderkid Ramon Calliste, called ‘the next Giggs’, now owns luxury watch business and makes £5m a year – The Sun
26/03/2020
Megan Thee Stallion Addresses Criticism Over Twerking: ‘I Love to Shake My A**’
26/03/2020
Police guard shops to stop coronavirus panic-buyers and enforce social distancing – The Sun
26/03/2020
Coronavirus: Good Morning Britain’s Dr Hilary reveals ‘game-changing’ self-testing kit
26/03/2020
Recent Posts
This website uses cookies to improve your user experience and to provide you with advertisements that are relevant to your interests. By continuing to browse the site you are agreeing to our use of cookies.Ok