China’s ‘queen of livestreaming’ has been fined £160million for tax evasion in Beijing’s widespread crackdown on celebrity culture.

Internet celebrity Viya, whose real name is Huang Wei, was fined for hiding personal income and other offences in 2019 and 2020, according to the tax bureau in Hangzhou, a city in southern China.

‘I’m deeply sorry about my violations of the tax laws and regulations,’ she said on her Weibo account. ‘I thoroughly accept the punishment made by the tax authorities.’

Viya, 36, is the latest celebrity livestreamer to get caught up in a broad crackdown that targeted tech monopolies but went on to take aim at private education, social media platforms, and the culture of celebrity. 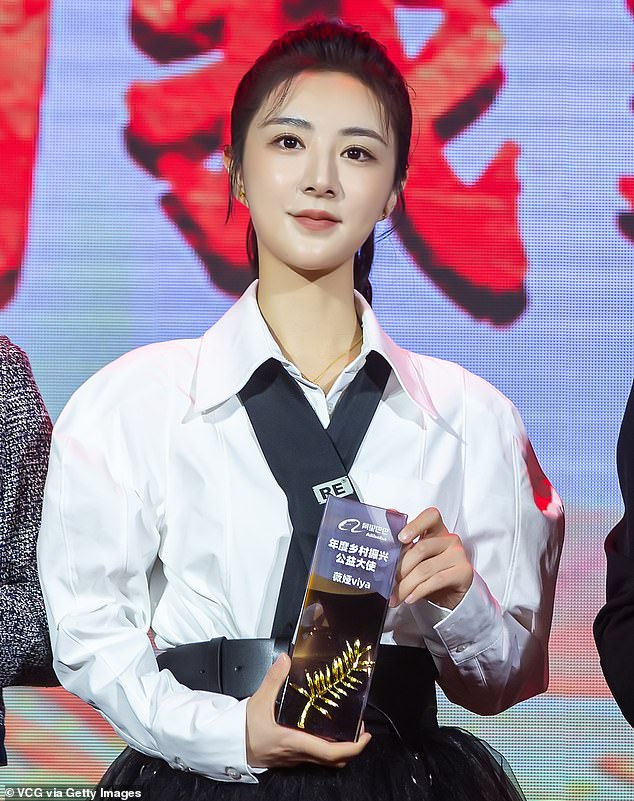 Internet celebrity Viya (pictured) was fined for hiding personal income and other offences in 2019 and 2020, according to the tax bureau in Hangzhou

Viya is known for her ability to sell ‘anything’ by livestreaming on the Taobao Live platform.

In a recent online shopping festival known as Singles’ Day, she sold products worth a total of £1billion (8.5 billion yuan) in one evening, according to media reports.

Viya was scheduled to conduct a livestreaming at 7pm on Monday, focusing on cosmetics. A check of her Taobao livestreaming studio showed that a reminder for the event had been removed.

Viya is the latest celebrity to have been caught in Beijing’s crackdown, which has included banning its celebrities from showing off their wealth on social media. 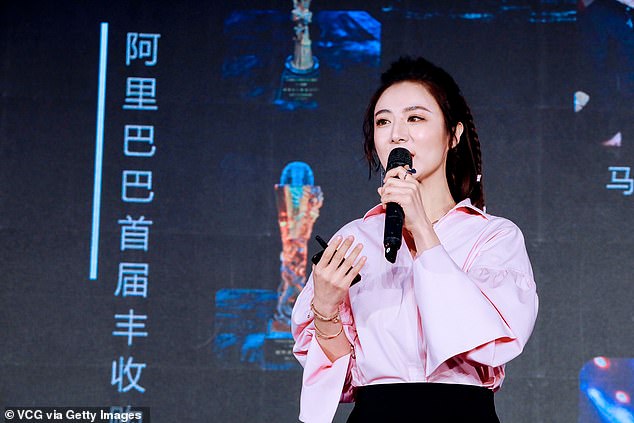 Viya’s meteoric rise to fame has been powered by the dizzying growth of China’s e-commerce sector – many aspects of which have come under regulatory scrutiny.

Before the broad crackdown, tax evasion had already sunk the career of several well-known figures in the entertainment industry.

Two e-commerce livestreaming influencers were reported to be under investigation for personal tax evasion last month and were together fined nearly 100 million yuan. Their livestreaming services have since closed.

The State Taxation Administration issued a notice in September, announcing measures to strengthen tax administration in the entertainment sector, including livestreamers.

The office said anyone who reports and corrects tax-related misdoings would be given lighter punishment or even exempt from punishment. More than 1,000 people had taken the initiative to pay tax arrears, according to state media.

Beijing is on a mission to rein in what it calls ‘chaotic fan culture’ and celebrity excess after a spate of scandals in recent months that have taken down China’s biggest entertainers including singer Kris Wu, who was arrested on suspicion of rape earlier this year.

Earlier this year, one of China’s top TV actresses Zheng Shuang was slapped with a £34million tax fine by Beijing authorities and producers were ordered not to hire her any more. 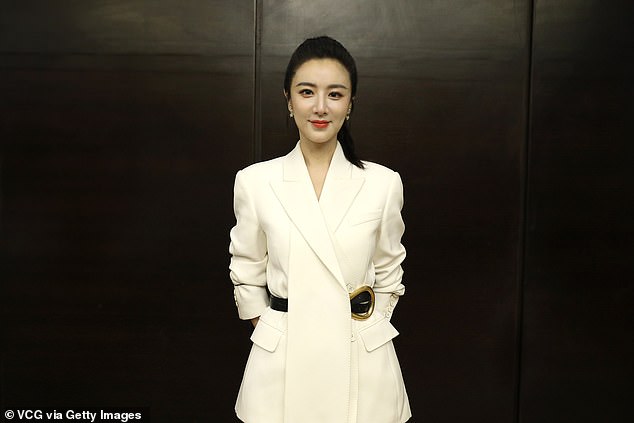 Viya (pictured), 36, is the latest celebrity livestreamer to get caught up in a crackdown that targeted tech monopolies but has gone on to take aim at social media and celebrity culture

Shanghai tax authorities fined Shuang in August for tax evasion and undeclared income between 2019 and 2020 while filming a TV series, according to an online statement.

Zheng, 30, became a household name in China after starring in the hit 2009 remake of Taiwanese drama ‘Meteor Shower’, and a string of successful series and movies afterwards.

The State Administration of Radio, Film and Television added it had ‘zero tolerance’ for tax evasion, ‘sky-high pay’ and ‘yin-yang contracts’, referring to the shady contracts commonly used in Chinese showbiz to obscure actors’ real pay.

Meanwhile, China also banned its celebrities from showing off their wealth on social media last month.

The Cyberspace Administration of China announced yesterday that celebrities in the country will not be allowed to ‘show off wealth’ or ‘extravagant pleasure’ on social media.

The rules also prevent celebrities from publishing false or private information, provoking fans against other fan groups and from spreading rumours.

Additionally, Business Insider reported that social media accounts of both celebrities and fans will be required to adhere to ‘public order and good customs, adhere to correct public opinion orientation and value orientation, promote socialist core values, and maintain a healthy style and taste’.

In September, China’s celebrities were warned they must ‘oppose the decadent ideas of money worship, hedonism and extreme individualism’ at an entertainment industry symposium hosted by the Communist Party. 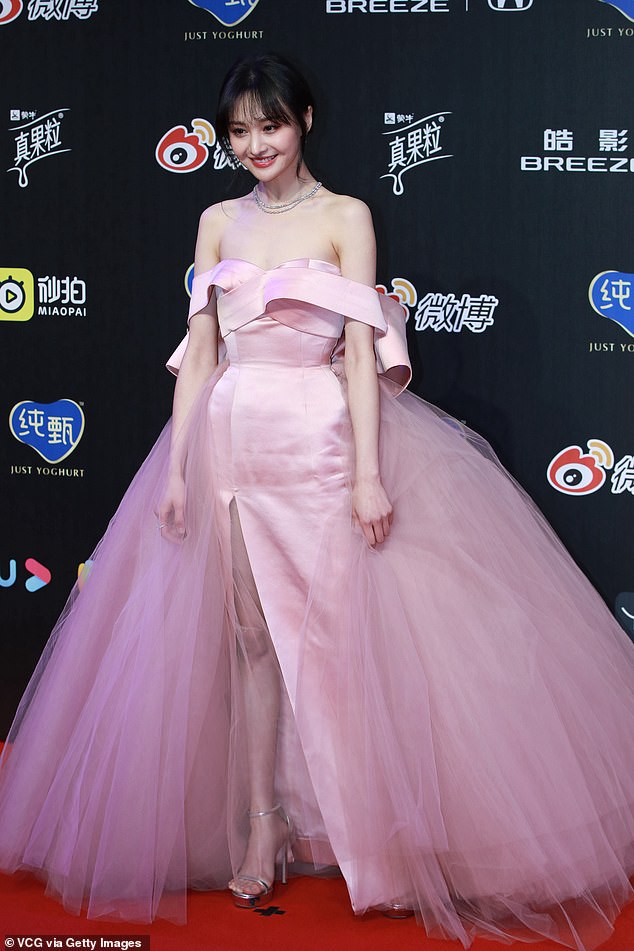 Earlier this year, one of China’s top TV actresses Zheng Shuang (pictured) was slapped with a £34million tax fine by Beijing authorities and producers were ordered not to hire her any more

The meeting in Beijing ran with the slogan: ‘Love the party, love the country, advocate morality and art.’

It was attended by senior party officials and showbusiness bosses who were told they must conform to social ethics, personal morality and family values.

China sees celebrity culture and the pursuit of wealth as a dangerous Western import which threatens Communism because it promotes individualism rather than collectivism.

Attendees of the conference were told they must ‘consciously abandon vulgar and kitsch inferior tastes, and consciously oppose the decadent ideas of money worship, hedonism, and extreme individualism,’ according to state media.

‘We must restore a clean and upright literary and artistic environment to the public.’