The International Monetary Fund (IMF) today downgraded its forecast for the UK economy and predicted it will shrink by more than 10 per cent in 2020 as Rishi Sunak warned Britain will have to balance the books after the coronavirus crisis.

The Chancellor said during an online presentation with IMF managing director Kristalina Georgieva that the UK ‘must get our public finances back on a sustainable path’.

Ms Georgieva said Britain can afford to expand its already massive spending to prop up the economy as it wrestles with the impact of Covid-19.

She said the UK Government should increase public investment and improve welfare support for people who lose their jobs.

Her comments came as the IMF predicted the UK economy will contract by 10.4 per cent this year.

That represents a significant downgrade on the 9.8 per cent economic hit to gross domestic product that the IMF had forecast two weeks ago. 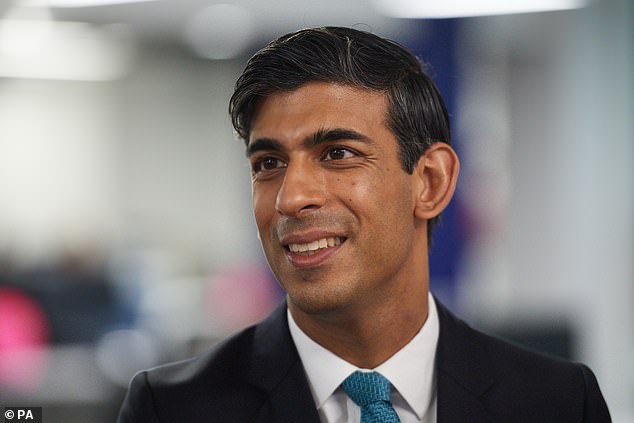 Ms Georgieva said fixing the public finances could not be ignored but should only happen ‘once the private sector has durably picked up steam’.

‘My main message today is that continued policy support is essential to address the pandemic and to sustain and invigorate a recovery,’ she said.

‘We welcome that the authorities have committed to deliver it as long as necessary to boost expectations and confidence. The policy space exists to do this.’

Mr Sunak welcomed the IMF report as he claimed it endorsed his economic policies and his warnings that there would need to be action in future to reduce borrowing which has ballooned in recent months as ministers have tried to keep UK plc afloat.

The Chancellor said: ‘Let’s be clear on what the Fund are saying today: it’s right to support the economy in the short term, but over time, and in line with other major economies, we must get our public finances back on a sustainable path.

‘Today’s IMF report is an important moment: they confirm the UK is on the right economic course.

‘They rightly warn us of the economic dangers that still lie ahead. 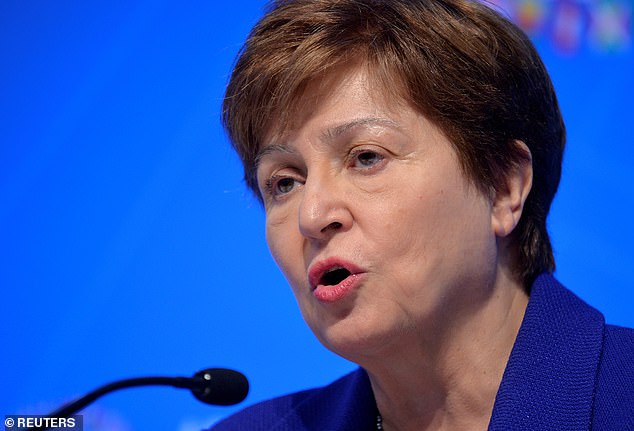 ‘But with our Plan for Jobs, we have the right policies in place to protect jobs and businesses through the winter period.’

As well as predicting a bigger hit to the UK economy in 2020 than it had previously, the IMF also downgraded its growth forecasts for next year from 5.9 per cent to 5.7 per cent.

The IMF said the UK economic recovery will be weaker than expected because of the second wave of coronavirus hitting Europe and Brexit uncertainty over whether Britain and the EU will be able to strike a trade deal before the end of the year.