Home » ‘Imagine the memes’: Mexico frets about its image if another drug lord is released

‘Imagine the memes’: Mexico frets about its image if another drug lord is released

Mexico City: Mexican President Andrés Manuel López Obrador worried on Monday (Tuesday AEST) that yet another shadowy release of a drug lord is about to make Mexico a target of international ridicule.

Almost eight years ago, drug lord Rafael Caro Quintero walked out of a Mexican prison late at night with an improperly ordered release. He has since returned to drug trafficking and unleashed bloody turf battles in northern Mexico border state of Sonora.

On Saturday, another top capo of the Sinaloa cartel was about to walk in similar circumstances. 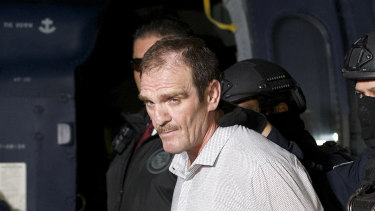 Hector “El Guero” Palma, or “Blondie,” one of the founders of the Sinaloa Cartel, is escorted in handcuffs, after serving almost a decade in a US prison. Credit:AP

Hector “El Güero” Palma was hours away from freedom after a judge’s secretary sent a letter — on a Saturday and national holiday — saying the government had to release him immediately after he was acquitted on organised crime charges.

“This is a matter of national import,” López Obrador said on Monday. “Imagine the suspicion, the jokes, the memes.”

“Something similar happened when Mr Caro Quintero was released,” López Obrador recalled. “They accused us from abroad, accused the government of complicity. No foreign government should accuse the Mexican government, and we shouldn’t give them a pretext to do that.” 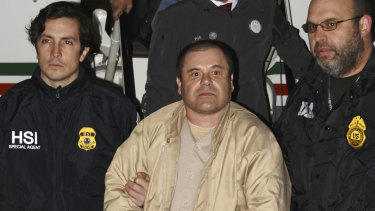 Joaquin “El Chapo” Guzman was convicted and imprisoned in the US.Credit:AP

On Sunday, the judge sent another notification saying Palma had to be released by 4pm López Obrador said prosecutors won a 48-hour extension to look for any outstanding warrants that could justify holding him. That runs out on Tuesday. The president has said that if none can be found, Palma should be released.

Mexico is beginning to earn a reputation as a government that, under López Obrador, has released more drug lords than it has captured, part of the president’s stated policy of no longer detaining drug lords to avoid violence.

Former US Ambassador Christopher Landau said in April that López Obrador views the fight against drug cartels “as a distraction … So he has basically adopted an agenda of a pretty laissez-faire attitude towards them, which is pretty troubling to our government, obviously.”

López Obrador’s policy hasn’t accomplished much in decreasing drug violence in Mexico, and Palma’s release, like Caro Quintero’s, may only cause more bloodshed.

Known as “El Güero,” or “Blondie,” Palma was a founder and leader of the Sinaloa cartel, along with imprisoned drug lord Joaquin “El Chapo” Guzman. He and Guzman drew unwanted attention in 1993, when a Roman Catholic cardinal was killed in a shootout between Sinaloa gunmen and the rival Arellano Félix gang at an airport in Guadalajara.

The gunmen apparently mistook the cardinal’s luxury car for that of a rival.

Palma was arrested in Mexico in 1995, and served 12 years in Mexico on bribery and weapons charges before he was extradited to the United States in 2007, where he served nine years of a 16-year sentence for cocaine trafficking, before being sent back to Mexico, where he was held for trial on the organised crime charges that he was acquitted of last week. 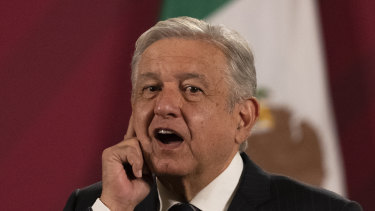 Mexico’s judicial system is already in low esteem, and the late-night or weekend release orders don’t help its reputation for alleged corruption. López Obrador said he would push for a reform so that such release orders couldn’t be issued on weekends.

While Caro Quintero’s release predates López Obrador’s administration — the president took office in December 2018 — the president has recently said it was “justified,” because supposedly no verdict had been handed down against the drug lord after 27 years in jail.

In fact, there was a verdict; an appeals court improperly overturned it, but the verdict was later upheld by the Supreme Court. It was too late by then; Caro Quintero was spirited off in a waiting vehicle, is now a fugitive, and has tried to rebuild his old drug empire by fighting other drug gangs for turf in Sonora.

The issue is a particularly thorny one for López Obrador, because in 2019, López Obrador ordered the release of Ovidio Guzman, one of “El Chapo” Guzman’s sons, to avoid bloodshed.

López Obrador has said his “hugs not bullets” policy is meant to avoid violence. But murder rates have declined only slightly from their peak in 2019.

Caro Quintero walked free while serving a 40-year sentence for the torture-murder of US Drug Enforcement Administration agent Enrique “Kiki” Camarena in 1985, and has since apparently resumed his role as violent drug trafficker.

Caro Quintero is at the top of the DEA’s most wanted list, with a $US20 million reward for his capture.