WHEN Paige McKenzie developed a tiny pimple on her shoulder, she thought it could be down to scarring from a tattoo.

It was only when the lump had grown to the size of her fist and causing her agony that she thought it might be something more serious. 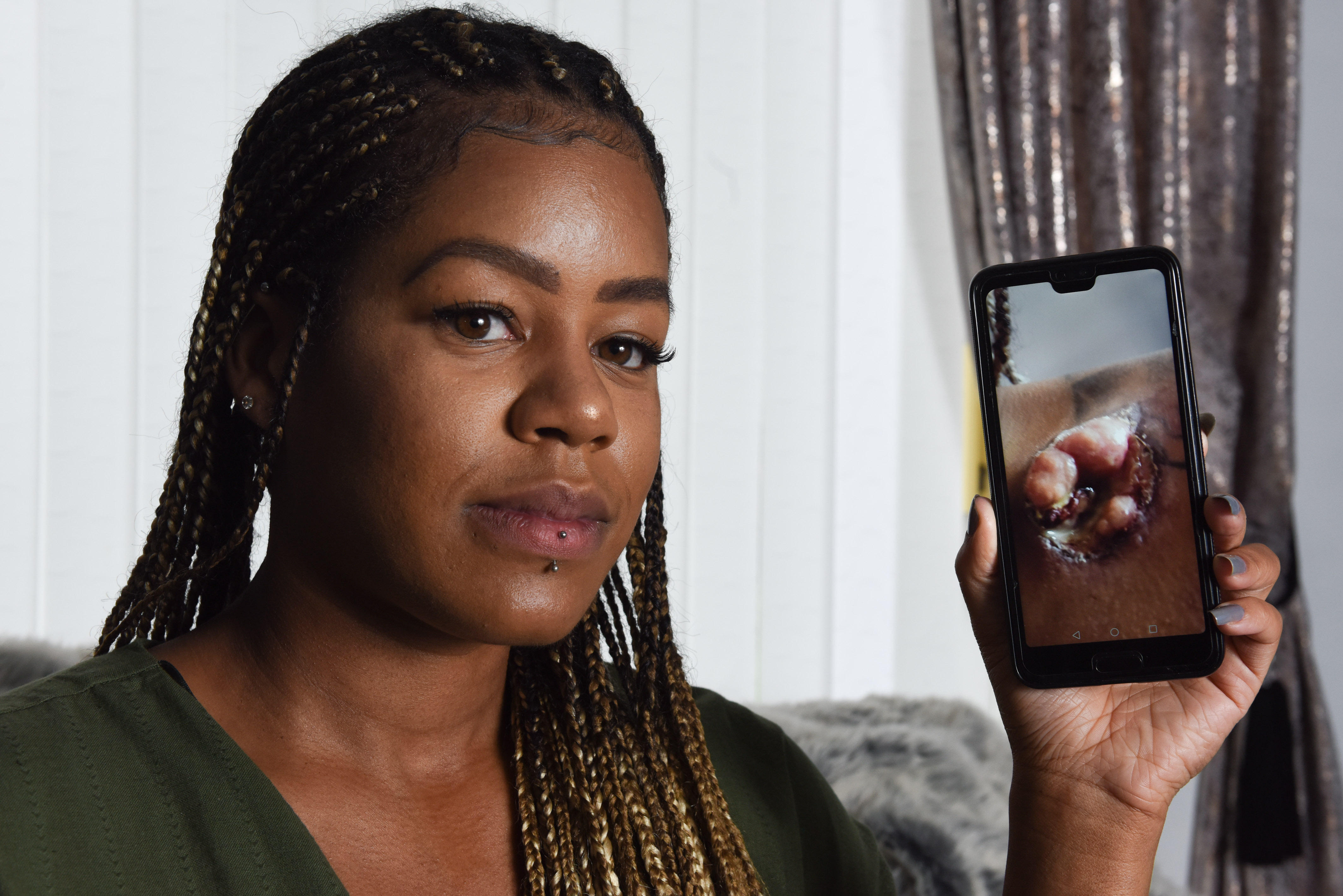 The 28-year-old, from Bilston, West Mids, decided to go get it checked in January this year.

But Paige was left desperately waiting for answers for eight months while medics struggled to understand what the growth was.

Earlier this month, the personal trainer was finally diagnosed with Dermatofibrosarcoma Protuberans (DFSP) – an extremely rare form of skin cancer.

It's a rare form of skin cancer, which only affects one to five people in every million. 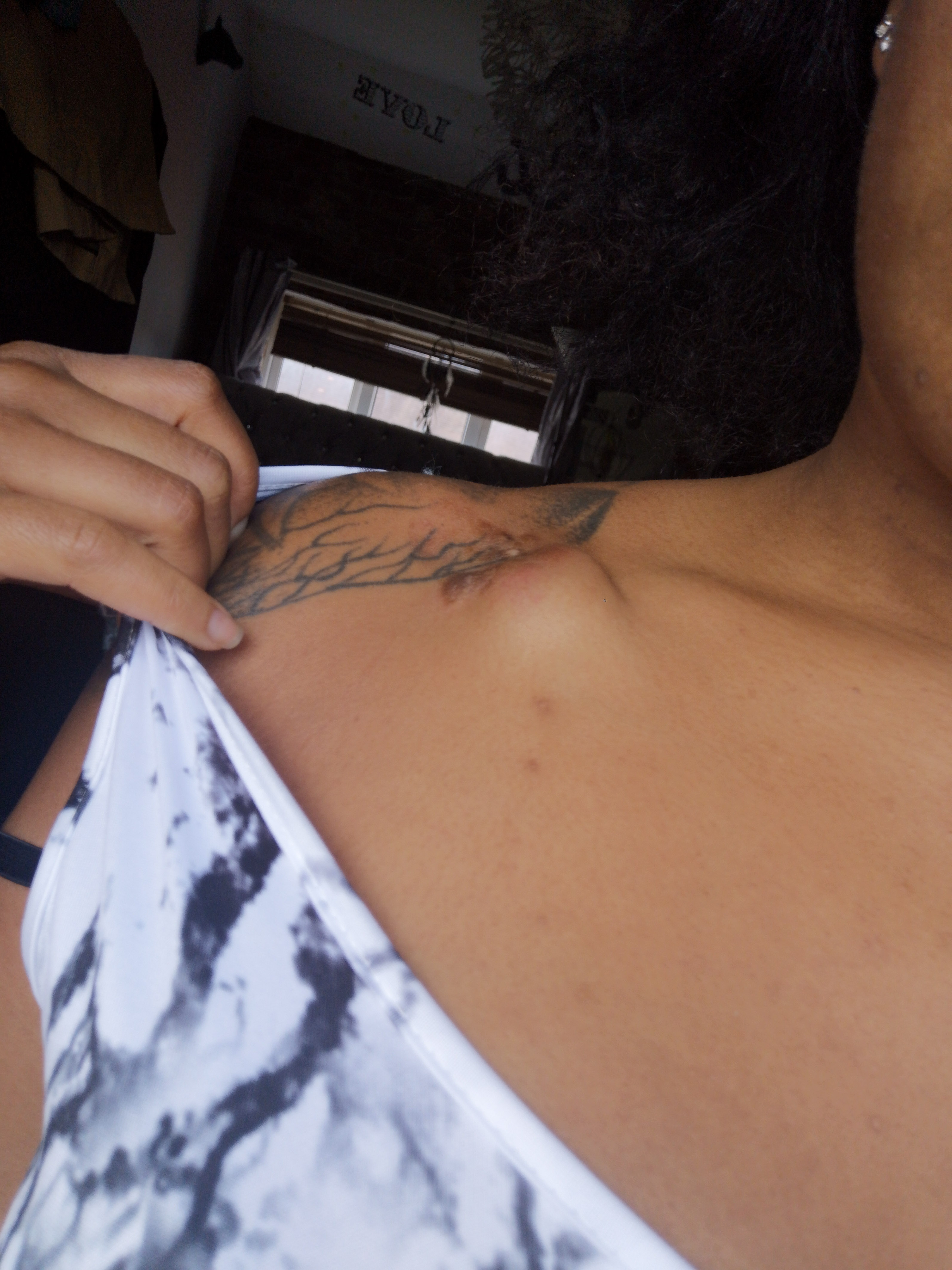 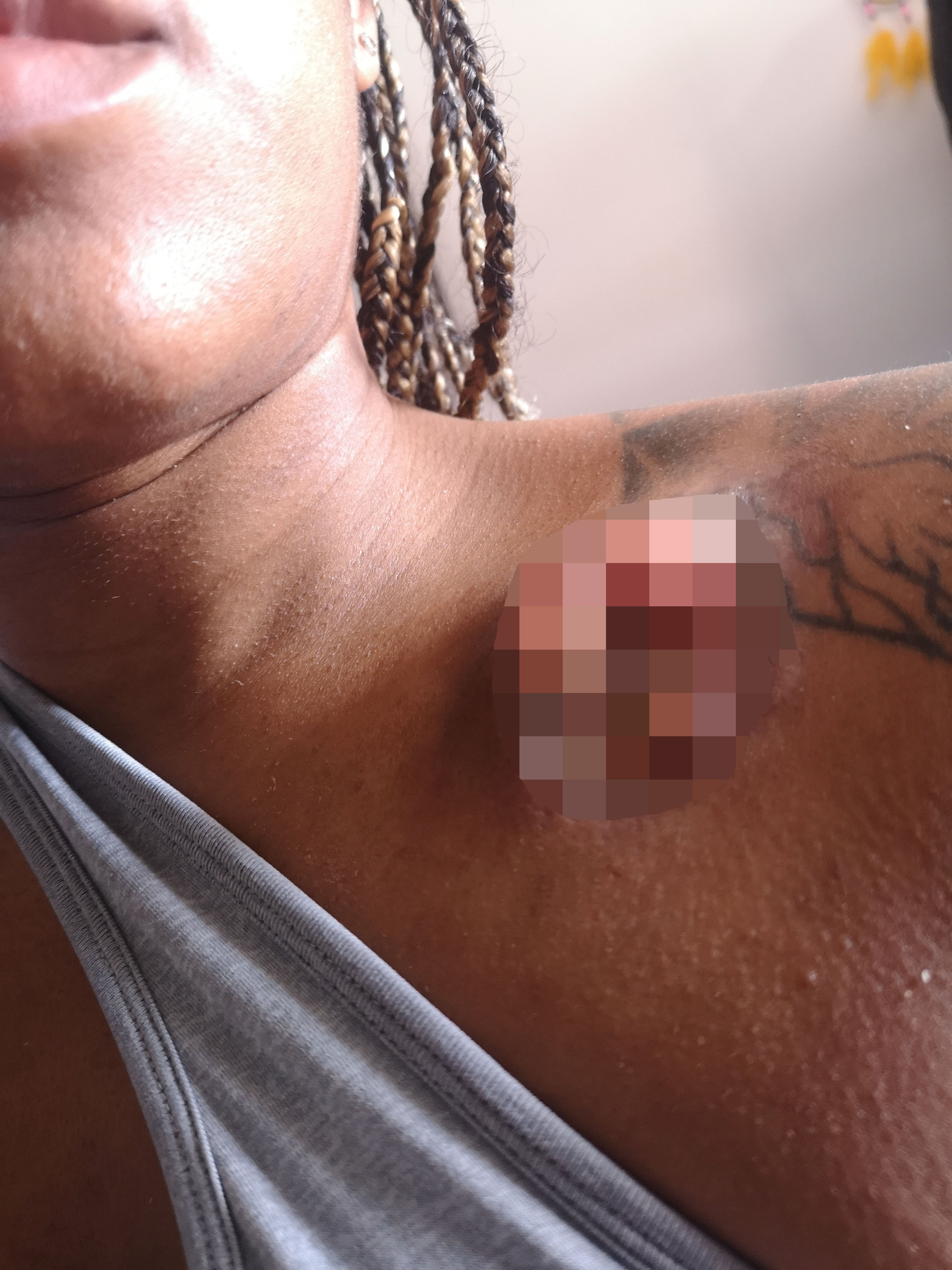 Paige said: “It looked like a little boil or pimple at first and when it started to grow I thought it might be a keloid scar from my tattoo because I’d had one of those before.

“Then the pain came out of nowhere and it was horrible.

“I was in so much agony I could barely sleep and I had a constant sharp throbbing pain.

“It kept growing to the point it was the same size as my fist coming out of my shoulder.”

What is Dermatofibrosarcoma Protuberans?

Dermatofibrosarcoma Protuberans is a very rare type of skin cancer.

It usually occurs on the trunk, often the chest and shoulders; however, it can also affect the limbs, head and neck and rarely the genitalia.

It starts in the deep layer of the skin (the dermis) and can spread to surrounding structures such as fat and muscle.

Although it grows very slowly, it can become quite large.

It can often be completely removed with a wide margin of normal tissue, or with a specialised form of surgery called Mohs surgery.

DFSP can come back even if completely removed by surgery. It is very rare for DFSP to spread to other parts of the body (occurring in approximately five per cent of cases).

After her first GP appointment in March was cancelled due to lockdown restrictions, the PT went to her local walk-in centre where medics assured her the lump was just a cyst and would need to have it drained at the hospital.

But after turning up to A&E, doctors told Paige they were unable to do anything until they had established exactly what the mass was.

Over the course of various appointments, she had ultrasounds, x-rays and blood tests but nothing was able to determine what was causing her pain until she finally decided to go for a private biopsy in August. 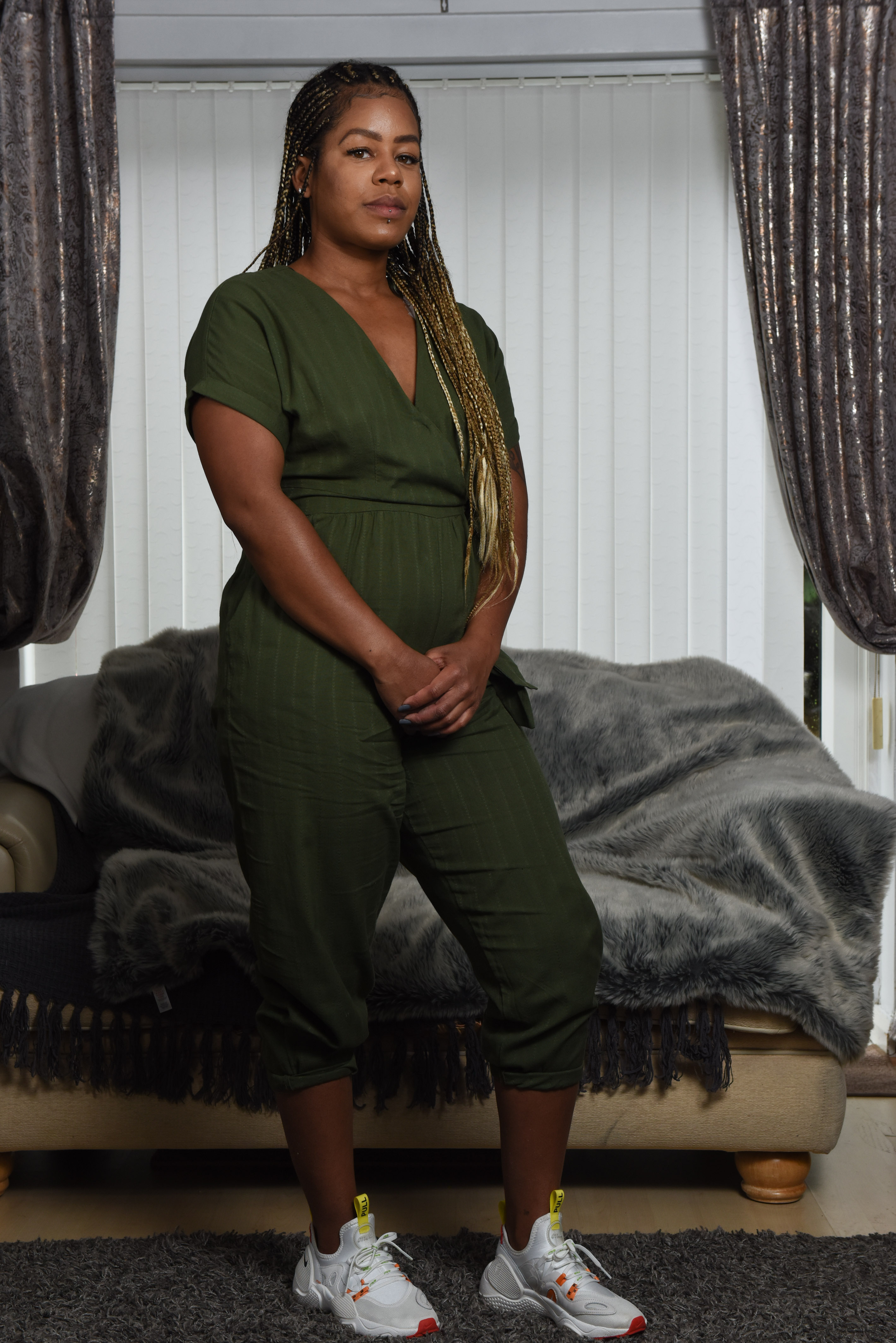 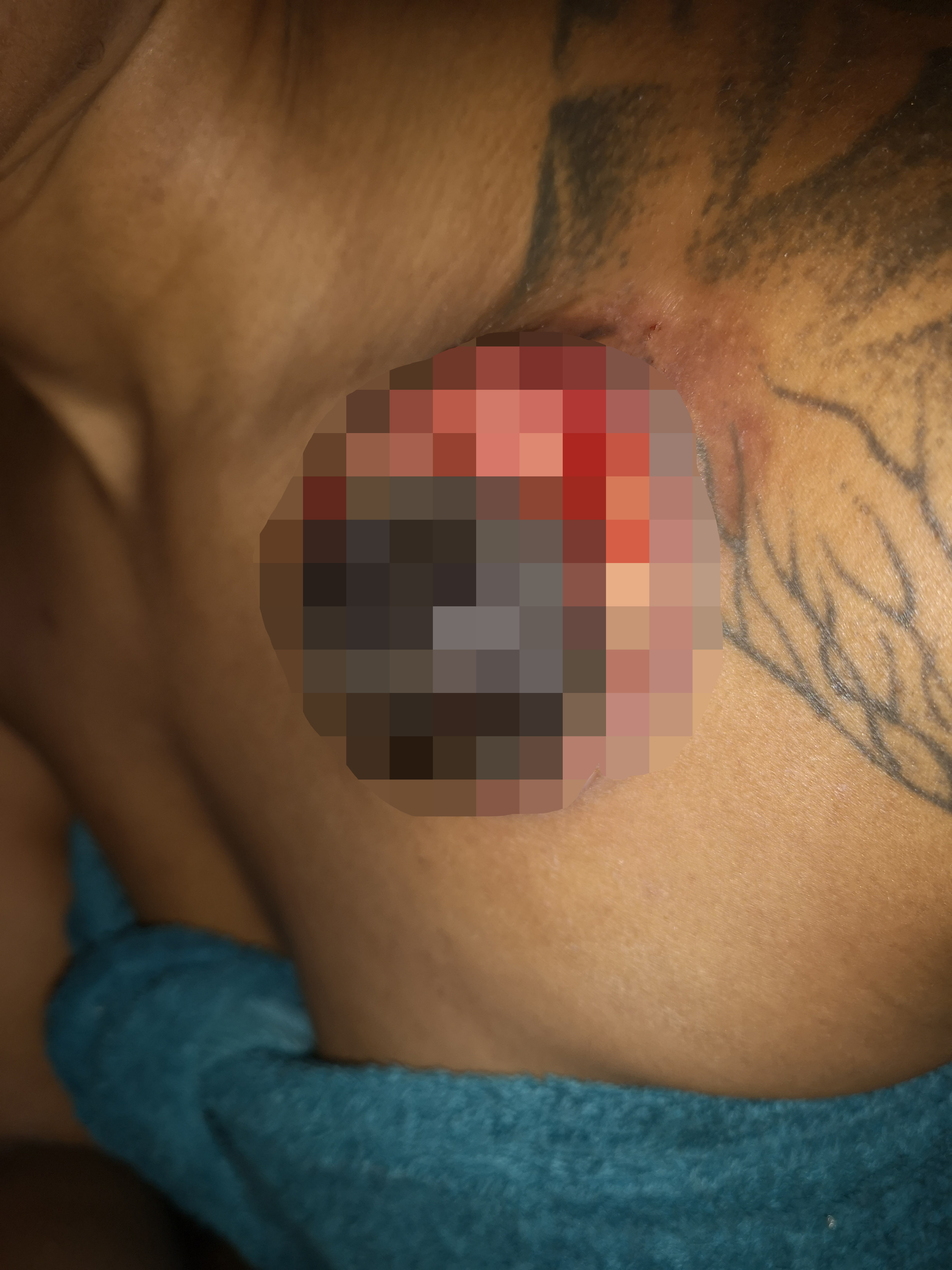 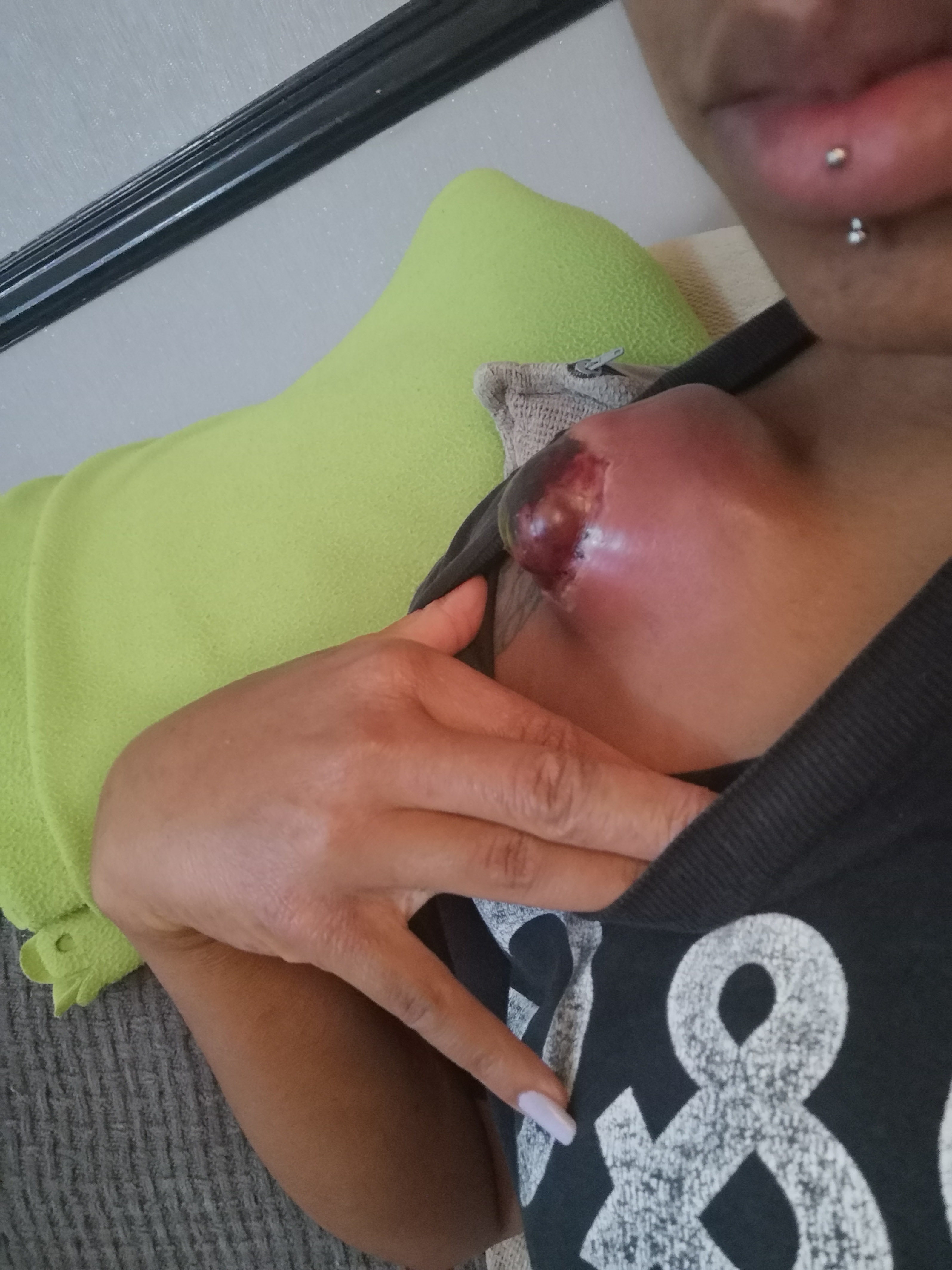 Now doctors have warned her that she needs to have the mass surgically removed as soon as possible.

But she said in order to skip NHS waiting times, she will have to pay £10,000 to have the operation done privately.

Paige said: “When they told me it was cancer I was in shock, I couldn’t believe that something that started as small as a pimple would turn out to be something so dangerous.

“I need to have the surgery as soon as I can before it spreads but also so that I can recover as soon as possible and get back into training.

“It’s massively affecting my livelihood because the pain stopped me from being able to exercise and it will be the same while I’m recovering post-op.

“I never expected this would happen to me in my life.”

Paige has now set up a GoFundMe page to raise the £10,000 she needs for private surgery.

Related posts:
Kerry Katona slams Russell Brand after he sparks outrage for mocking the working class
Zoe Ball salary: How much does Zoe Ball earn at the BBC?
Popular News
‘Chicago 7’ Cast to Compete for Supporting Actor: Here’s How It Changes the Oscar Race
26/10/2020
Man Utd wonderkid Ramon Calliste, called ‘the next Giggs’, now owns luxury watch business and makes £5m a year – The Sun
26/03/2020
Megan Thee Stallion Addresses Criticism Over Twerking: ‘I Love to Shake My A**’
26/03/2020
Police guard shops to stop coronavirus panic-buyers and enforce social distancing – The Sun
26/03/2020
Coronavirus: Good Morning Britain’s Dr Hilary reveals ‘game-changing’ self-testing kit
26/03/2020
Recent Posts
This website uses cookies to improve your user experience and to provide you with advertisements that are relevant to your interests. By continuing to browse the site you are agreeing to our use of cookies.Ok