Husband spends £1,600 on 11ft T-Rex after his wife asked him to buy a garden gnome

A HUSBAND told by his wife to buy a gnome for the garden had her screaming in fear after he bought a 16st T-Rex. 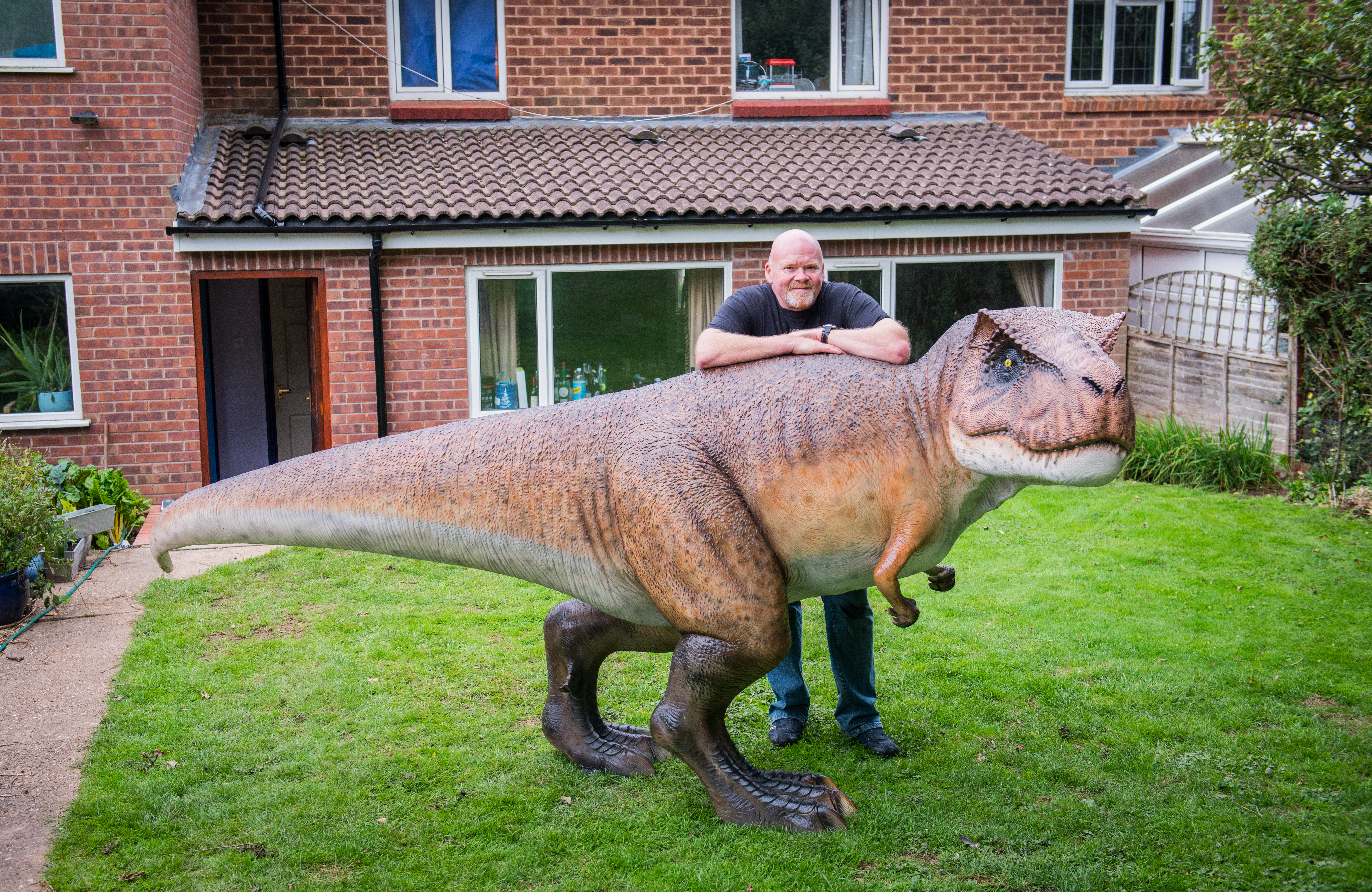 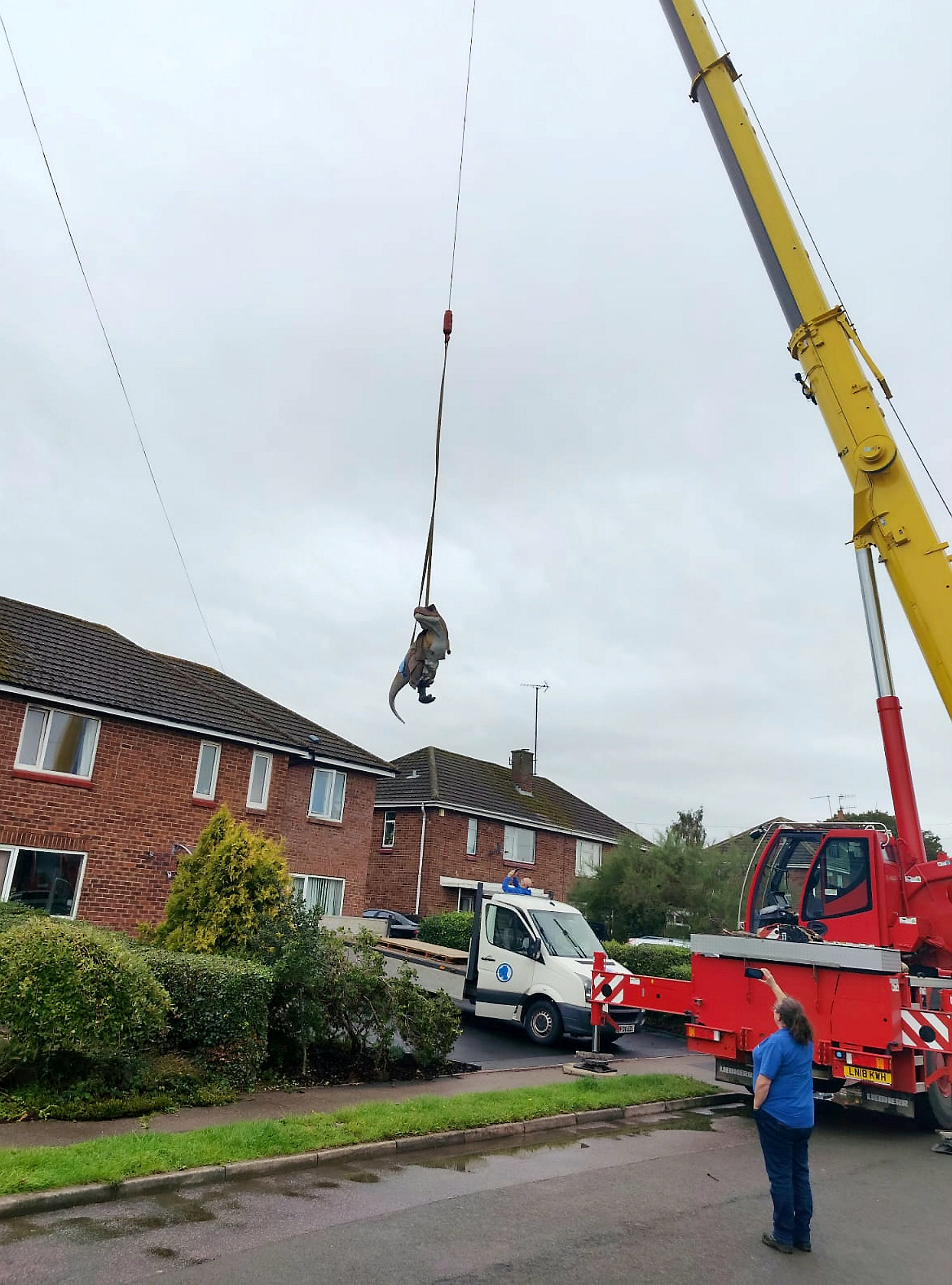 The dad-of-two bought it knowing wife Deborah, 53, liked the Jurassic Park movie and after she asked him to make the garden “tidy, maybe with a gnome”.

She got home after dark on delivery day so he decided to surprise her with the resin and fibreglass beast, which he named Dave, the next morning.

But Deborah got up in the early hours to let their dog out — and got the shock of her life.

IT analyst Adrian, from Leamington Spa, Warks, said: “I thought nothing could look nicer than a replica of a rampaging T-Rex.

"It came from a company in Wales and I hired a crane to lift it into the garden. The neighbours loved it.

“I’d set up my camera to capture her reaction, which I was expecting to be sheer delight.

He added: "Sadly, she opened the back door in the middle of the night. I could hear the screams and went running downstairs.

“I’ve fallen in love with Dave — and I’m sure Deborah will grow to love him just as much.” 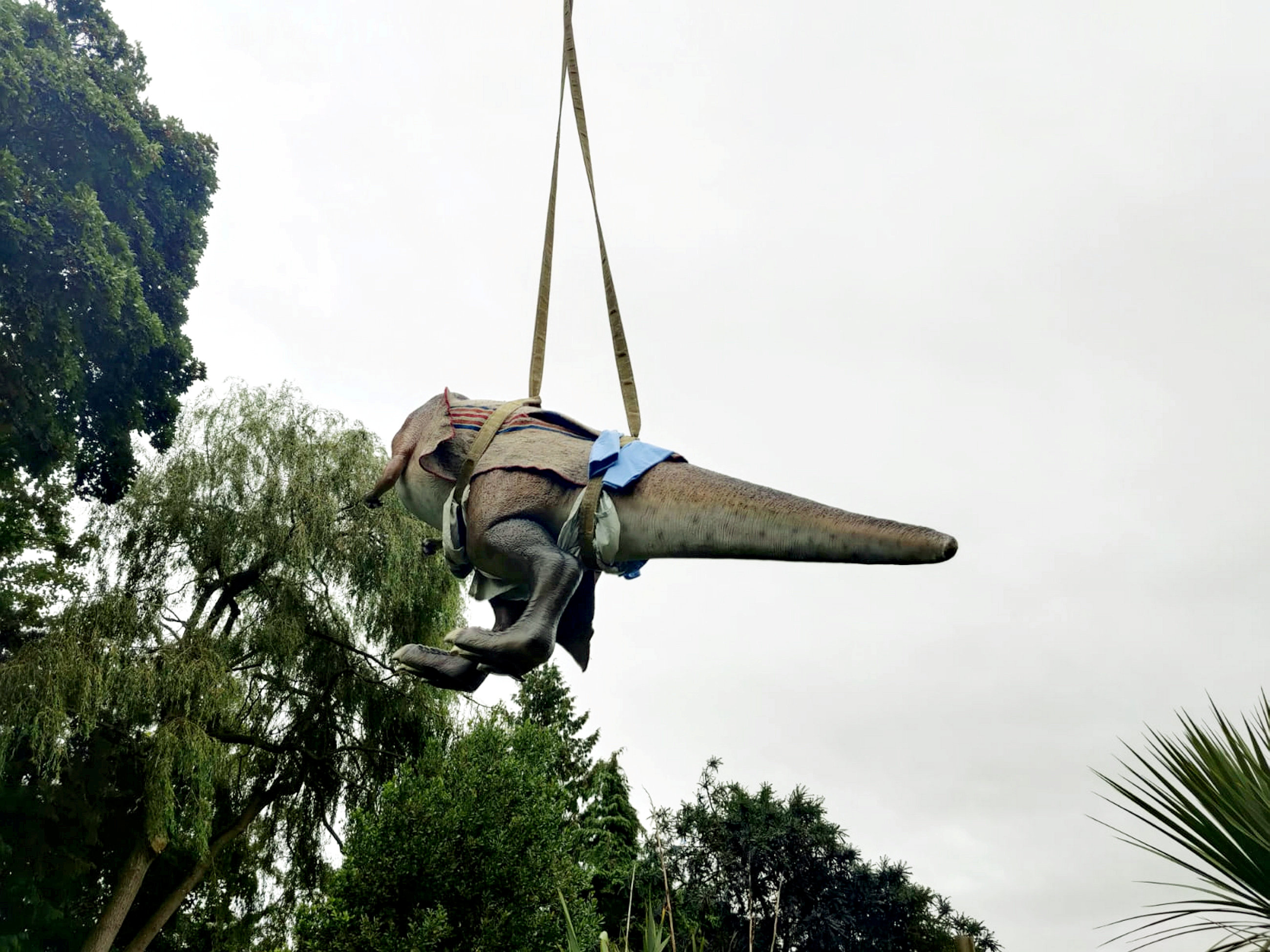 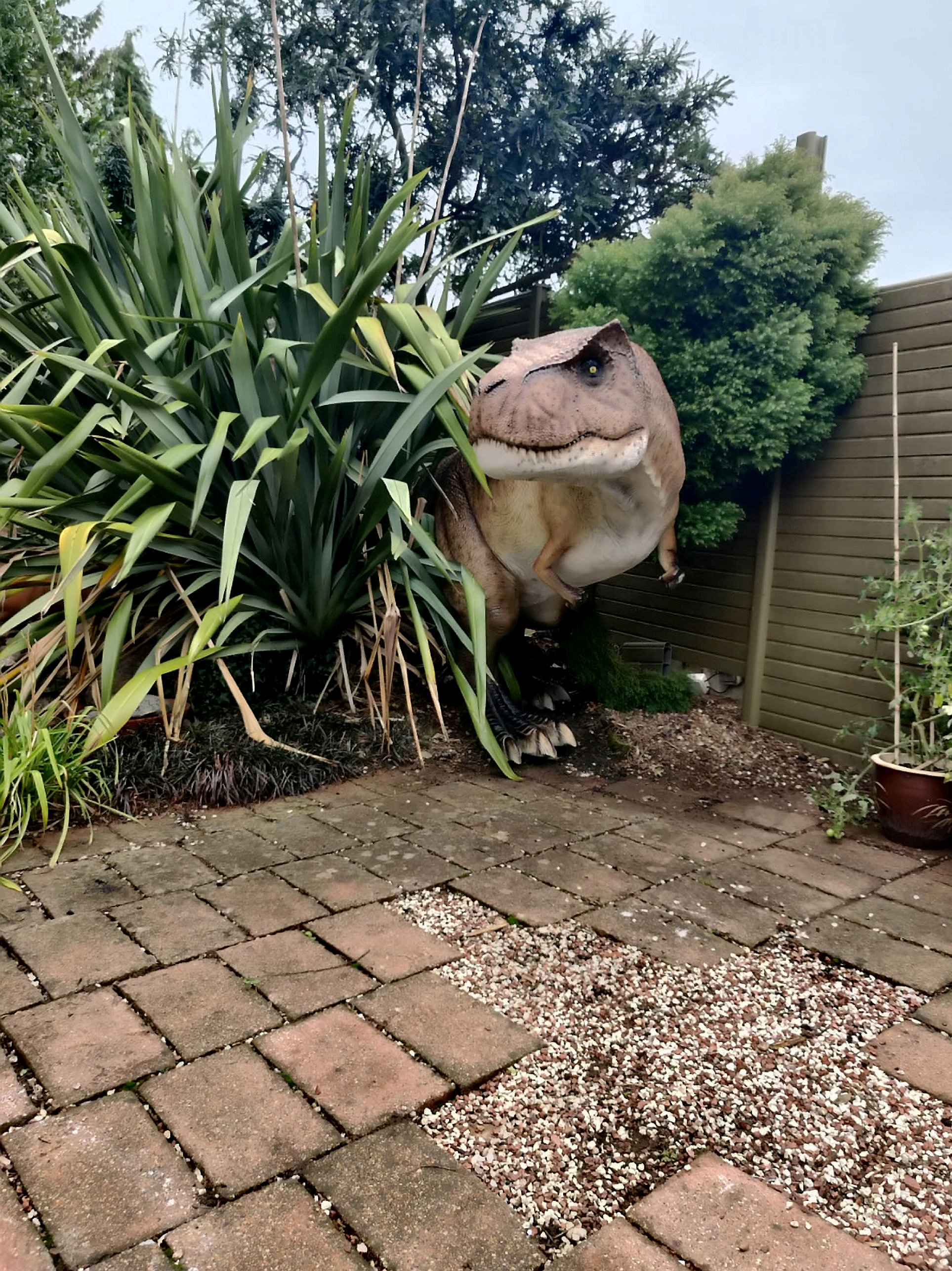 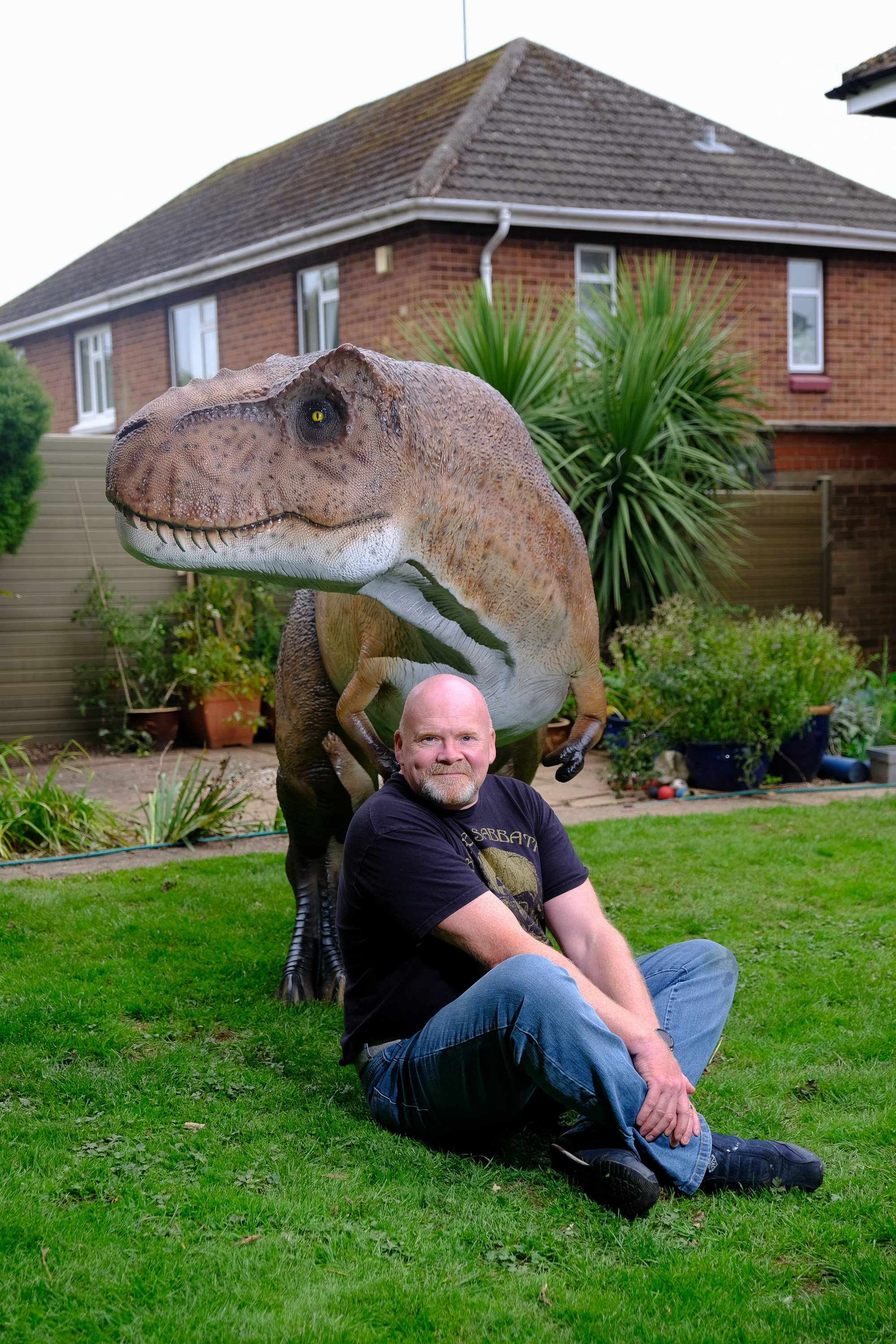 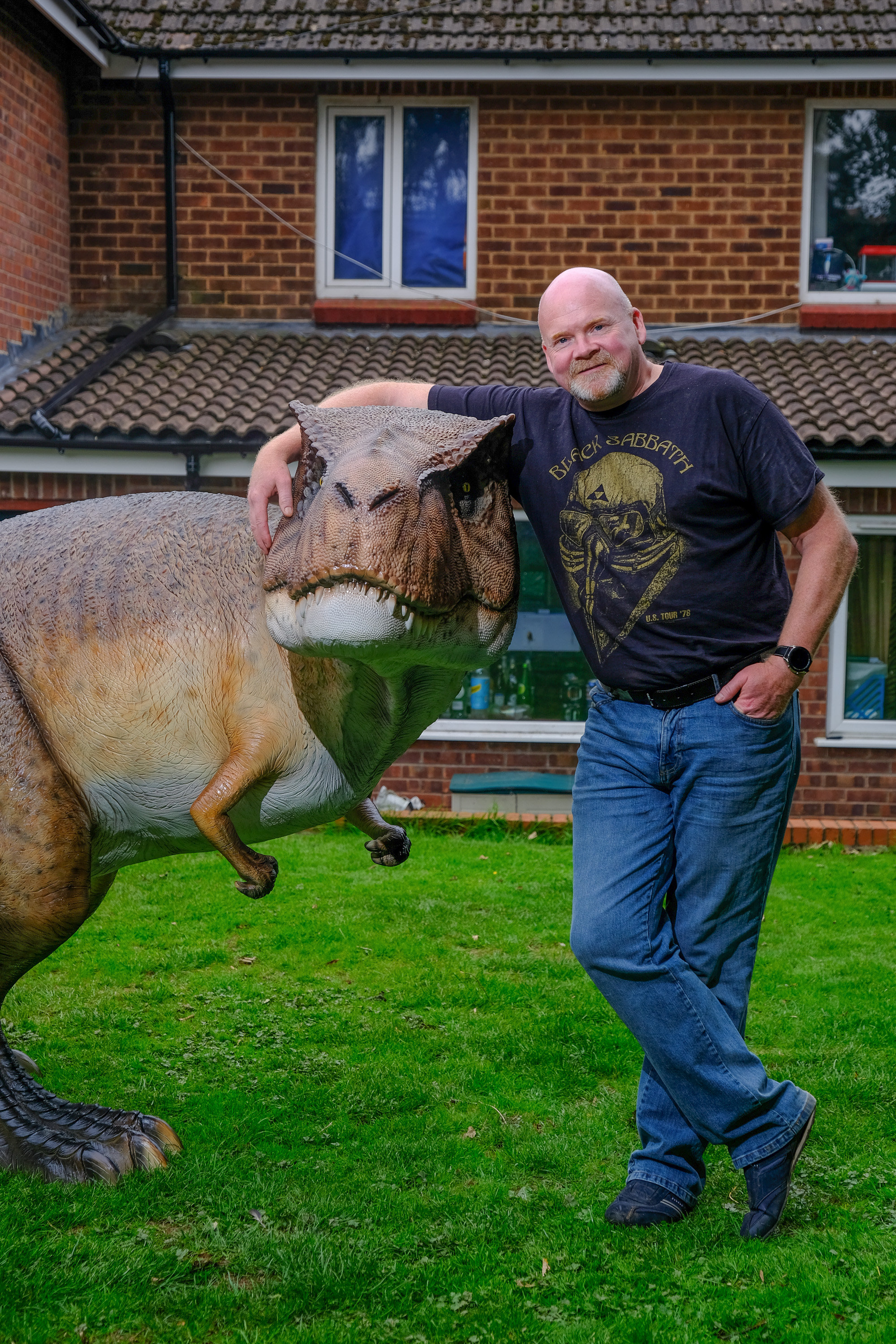 Related posts:
John Legend Wants Jason Momoa as the Next Sexiest Man Alive
Malin Andersson's violent ex-boyfriend caged for attacking her after she revealed shocking injury pictures on Instagram
Popular News
Colbert Says Undecided Voters Are 'Mentally Impaired Unicorns' (Video)
01/10/2020
Man Utd wonderkid Ramon Calliste, called ‘the next Giggs’, now owns luxury watch business and makes £5m a year – The Sun
26/03/2020
Megan Thee Stallion Addresses Criticism Over Twerking: ‘I Love to Shake My A**’
26/03/2020
Police guard shops to stop coronavirus panic-buyers and enforce social distancing – The Sun
26/03/2020
Coronavirus: Good Morning Britain’s Dr Hilary reveals ‘game-changing’ self-testing kit
26/03/2020
Recent Posts
This website uses cookies to improve your user experience and to provide you with advertisements that are relevant to your interests. By continuing to browse the site you are agreeing to our use of cookies.Ok