A LARGE group of heavily armed protesters on the Fourth of July Holiday marched through Georgia’s Stone Mountain Park, calling for the park’s massive Confederate carving to be removed.

An estimated 200 protesters descended to the nine-story rock relief known as the Stone Mountain Confederate Memorial, a well-known gathering spot for white supremacists, including the Ku Klux Klan according to the Associated Press. 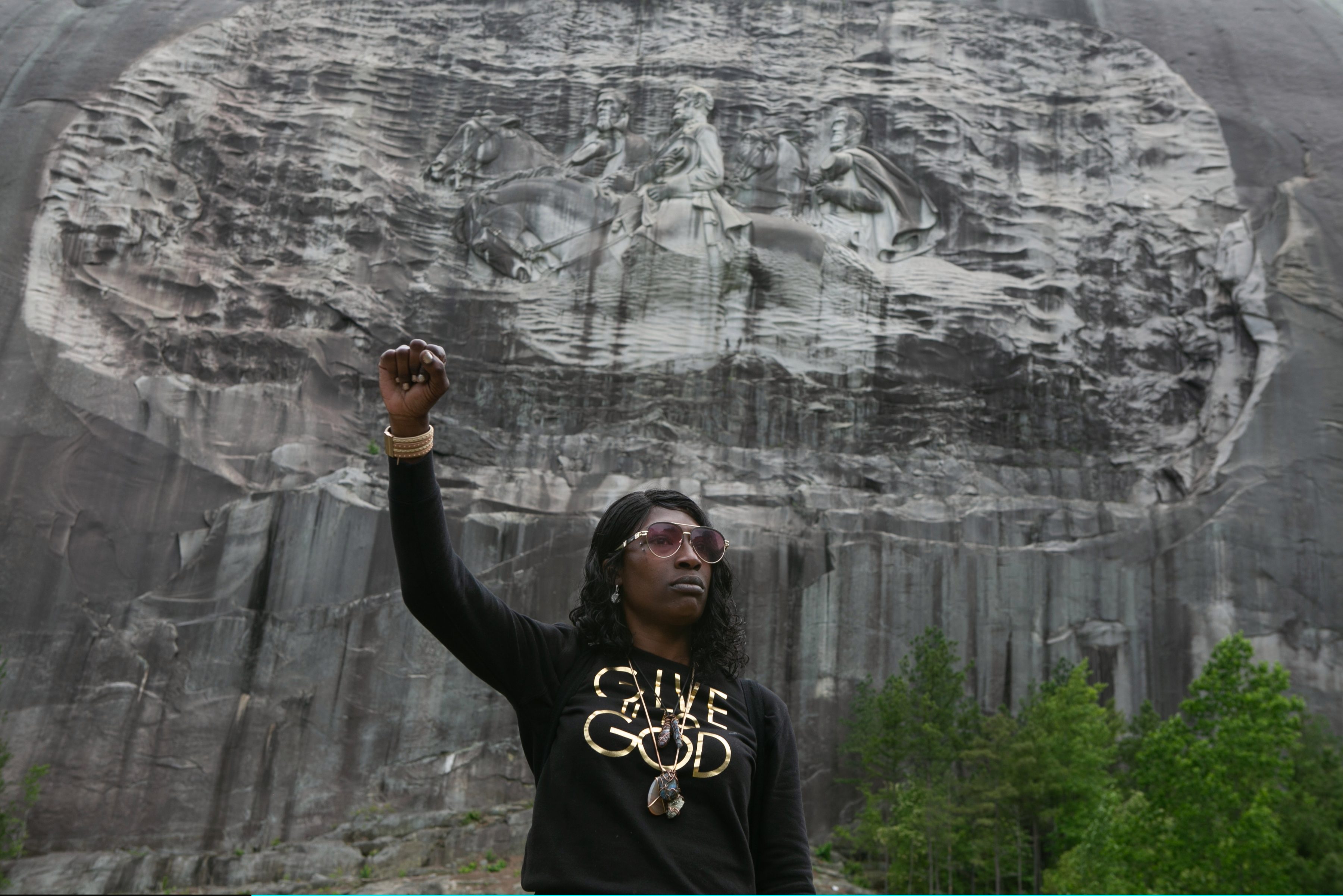 The carving was commissioned by segregationist officials in Georgia in 1958 and completed in 1972, according to Reuters. It is the largest Confederate monument in the world.

Grand Master Jay, founder of the group called the “Not F**king Around Coalition” (NFAC), spoke to Newsweek via phone on Sunday and said that the militia members at Stone Mountain on Saturday were “100 percent Black.”

The founder also said the group are no affiliated with Black Lives Matter. 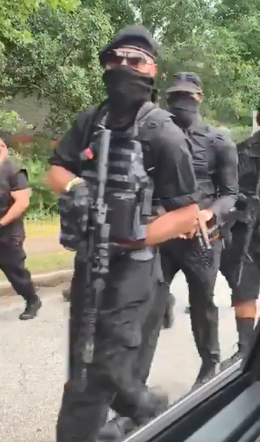 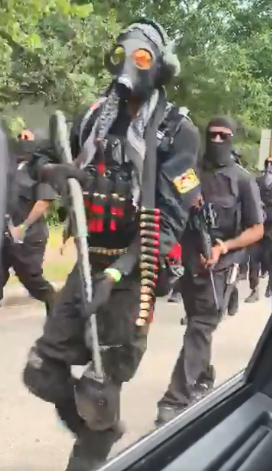 “We are a Black militia. We aren’t protesters, we aren’t demonstrators. We don’t come to sing, we don’t come to chant. That’s not what we do,” he told the outlet.

Many were wearing what appeared to be bulletproof vests and most were wearing protective face masks. On man in the video could be heard saying “Black power,” while another says, “Black love, Black love.”

“Our initial goal was to have a formation of our militia in Stone Mountain to send a message that as long as you’re abolishing all these statues across the country, what about this one,” added the founder. 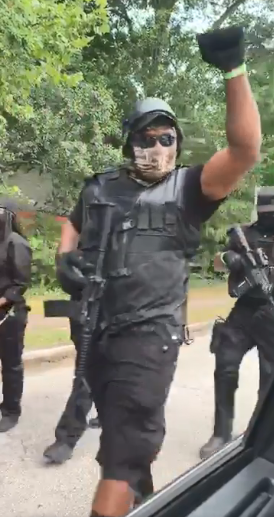 “It’s a public park, a state park. We have these protests on both sides of the issue from time to time. We respect people’s First Amendment right,” he said.

“We understand the sensitivities of the issue here at the park… so we respect that and allow them to come in as long as it’s peaceful, which it has been.”