Housemistress, 59, sues leading £35,000-a-year boarding school for £1.8million after breaking her wrist when she slipped on wet corridor floor

A housemistress at one of Britain’s top boarding schools is suing it for £1.8m in compensation after breaking her wrist slipping on a wet corridor floor.

Lindsey Shaw, 59, fractured her right wrist at £35,000-a-year Mill Hill School, in north London, in June 2016, when she slipped and fell following a meeting with a pupil and a parent.

Mrs Shaw was boarding director at Mill Hill and had also taught English and been a housemistress at the school, which counts war correspondent Richard Dimbleby, Dr Who actor Patrick Troughton, the Queen’s dressmaker Sir Norman Hartnell and Sir Dennis Thatcher among its alumni.

She is now fighting the independent secondary school, which was founded in 1807, for £1.8m compensation at Central London County Court.

Mrs Shaw says that, as well as her physical injuries, her accident led to depression and chronic pain syndrome, which effectively put an end to her career.

The foundation behind the school accepts liability for the accident, but is disputing the amount of money she is due, claiming Mrs Shaw should have taken more care of where she was putting her feet. 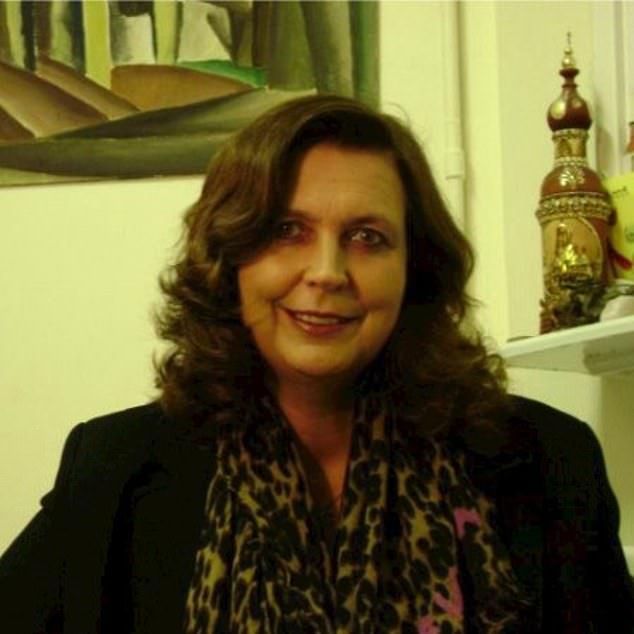 Outlining her claim in court documents, her barrister David White said Mrs Shaw had been speaking to a parent and pupil in the school’s Old Millhillian Meeting Room before the accident happened after teaching hours.

‘Unbeknown to the claimant, the shiny floor of the corridor outside the meeting room was wet,’ he says.

‘She slipped and fell on her right side, landing on her side and right wrist.’

Mr White claims that Mrs Shaw was wearing good quality flat loafers when she fell, but there were no signs in place to warn of the wet floor.

Alleging the school foundation was negligent, he claims the corridor should not have been cleaned when still in use and warning signs should have been in place.

The school had failed to take proper care for its staff member, he states in Mrs Shaw’s particulars of claim.

Following her fall, Mrs Shaw was taken to Barnet Hospital by her husband and had surgery on her wrist at St John and St Elizabeth Hospital, in St Johns Wood.

But Mr White says that, in the aftermath, her wrist and hand were extremely sensitive and she could not bear them being touched, even by bedding. 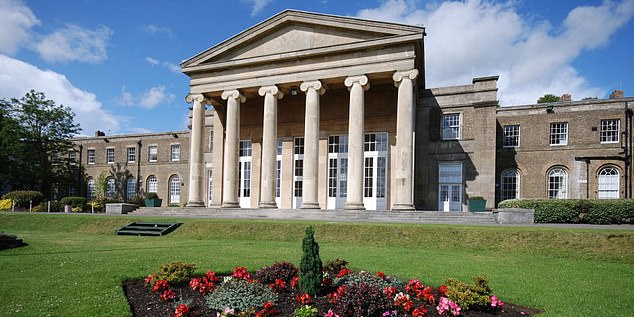 The foundation behind the school accepts liability for the accident, but is disputing the amount of money she is due

Crucially, she went on to develop chronic regional pain syndrome and had to leave her job as a result, he claims.

‘The claimant has pain and altered sensation in her right wrist, hand, right arm, right shoulder and back,’ says the barrister.

‘She has undergone extensive hand therapy and physiotherapy and she takes non-prescription medication to relieve the pain from her ongoing symptoms.

School that taught Dr Who and Prime Minister’s husband

Mill Hill School is a mixed independent, day and boarding school in north west London for children aged 13 to 18.

The idyllic countryside campus is situated on The Ridgeway, an ancient trackway used by settlers including the Romans, Saxons, Danes and Normans.

Part of the 150-acre site previously formed the gardens of Ridgeway House, the home of 18th-century botanist Peter Collinson.

Mill Hill was established in 1807 as a school for boys by a committee of nonconformist merchants and ministers, including theologian John Pye-Smith.

It first admitted girls to its Sixth Form in 1975 and became fully co-educational in 1997.

In 2005, Mill Hill was exposed as one of 50 UK independent schools which were found guilty of price-fixing to push up fees.

‘She has undergone a course of supportive psychotherapy but symptoms continue. She has lost her confidence and self-belief and is very anxious.

‘Her ongoing pain disturbs her sleep and impacts on her ability to concentrate.’

In a short hearing before Judge Richard Roberts, he added that Mrs Shaw is currently able to do ‘virtually nothing in terms of work.’

For the Mill Hill School Foundation, barrister Robert O’Leary said the school admits ‘primary liability’ for the accident, which resulted ‘in part from the negligence of the defendant, its servants or agents.’

However, the school claims Mrs Shaw herself was partly to blame for her misfortune because she should have taken more care.

Yellow warning signs were in place in the corridor, with one of them directly outside the meeting room, it claims.

But Mrs Shaw had failed to heed the warnings and the fact she knew cleaners would be working at that time, he says.

She had failed ‘to take any or any sufficient care as to where or how she was placing her feet,’ he claims in the school’s defence to the claim.

‘The claimant’s said accident was caused, in part, by her own negligence,’ the barrister adds.

He also disputes the extent to which Mrs Shaw claims to have been affected long-term by her injury.

The case is due to return to the court at a later date for a full trial of the question of what blame, if any, Mrs Shaw bears for the accident and what she should get in compensation.

According to school marketing materials published online, Mrs Shaw taught English and was a housemistress at the school’s Ridgeway House, before being promoted to boarding director.

Writing of her, former headmaster Dr Dominic Luckett said: ‘Lindsey’s prodigious work ethic helped make her not only an outstanding housemistress, but also a superb director of boarding.’