Hope for grandmother as tumours shrink after experimental cancer drug

Hope for grandmother, 49, as tumours shrink after treatment with experimental new cancer drug

A grandmother with advanced bowel cancer has seen her tumours shrink by half after taking an experimental drug.

Terri Hurdman, 49, was diagnosed in 2020 with cancer that had spread to her lungs.

The drug, which has no name yet, targets a gene controlling cancer growth.

Days after the first dose, her condition improved.

And after three months, scans showed her tumours had halved. 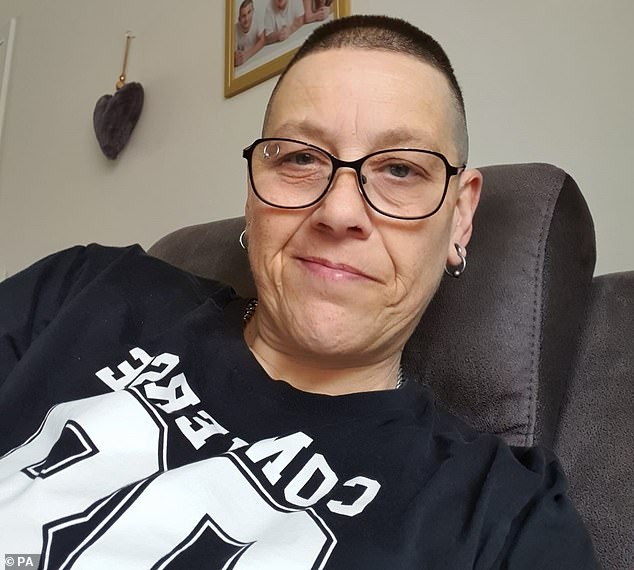 Terri Hurdman, 49, pictured, was diagnosed in 2020 with cancer that had spread to her lungs

Ms Hurdman, who has three children and six grandchildren, was diagnosed with advanced bowel cancer on Valentine’s Day in 2020.

The previously fit and healthy factory worker, who was used to doing manual work for a firm producing medical supplies, initially thought her stomach ache may be irritable bowel syndrome, but her GP referred her to Kidderminster Hospital, which diagnosed her with stage 4 bowel cancer which had spread to her lungs.

Ms Hurdman underwent three types of chemotherapy, which failed to work, and medics told her she had no options left.

By August 2021 she had become very ill, had lost 1.5st in weight and was becoming weaker, needing a wheelchair to leave the house.

Her consultant at Kidderminster knew the Christie was investigating therapies which target the genes and proteins controlling how cancer cells grow and spread, and Ms Hurdman travelled to Manchester in September to see if there was a suitable clinical trial.

She has a mutation in the KRAS gene of her cancer and, until now, it has been difficult for scientists to design drugs to treat this gene.

There are several types of KRAS mutation and doctors worked out that Ms Hurdman has the one the new drug is targeting as part of an international trial.

As soon as she took the first dose of the tablets last October, her condition improved significantly.

She said: ‘It’s like a miracle. It really is a wonder drug. Within days I didn’t need to use the wheelchair at all, and I didn’t get out of breath climbing stairs, which would have previously led to a coughing fit.

‘That day I spoke to my sister on the phone for an hour, something that would have wiped me out before.

‘My appetite came back, which made me look so much healthier, and the colour returned to my cheeks.

‘I didn’t think I’d make it to Christmas, but now I’m looking forward to celebrating my 50th birthday in July. I feel myself again and I’m able to enjoy life.’ 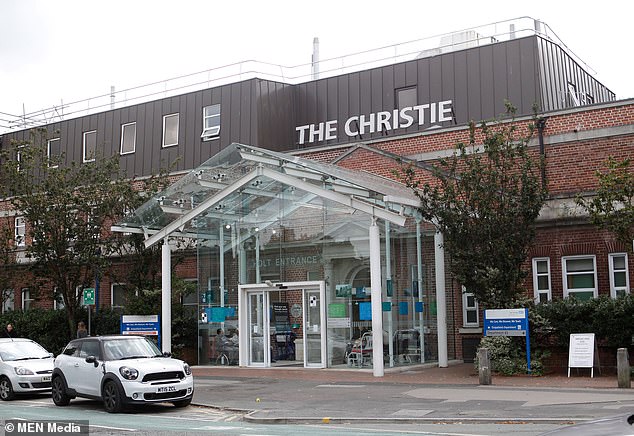 Dr Matthew Krebs, medical oncologist from the Christie and the University of Manchester, leading on the study in the UK, said: ‘We are delighted at the response Terri has had to this treatment.

‘Her scans show that her tumours have reduced by nearly 50 per cent in just three months.

‘This is promising for a drug early in its development directed at KRAS mutation that has historically been very difficult to treat.

‘It targets only a specific sub-type of KRAS mutation, and a similar drug has already been approved for patients with lung cancer.

‘There’s much more work to do before this drug may be available routinely for patients, and not everyone will respond in this way, but Terri’s case highlights the importance of genetic testing in cancer patients and the potential benefits that clinical trials of new drugs can hold.’

Dr Krebs said the KRAS mutation is one of the most common mutations across a range of cancer types.