HILLARY Clinton has been slammed online for being 'smug about thousands of sick and dead people' after taking a swipe at President Trump.

After posting a news story about the United States leading in total coronavirus cases, she tweeted: "He did promise America First". 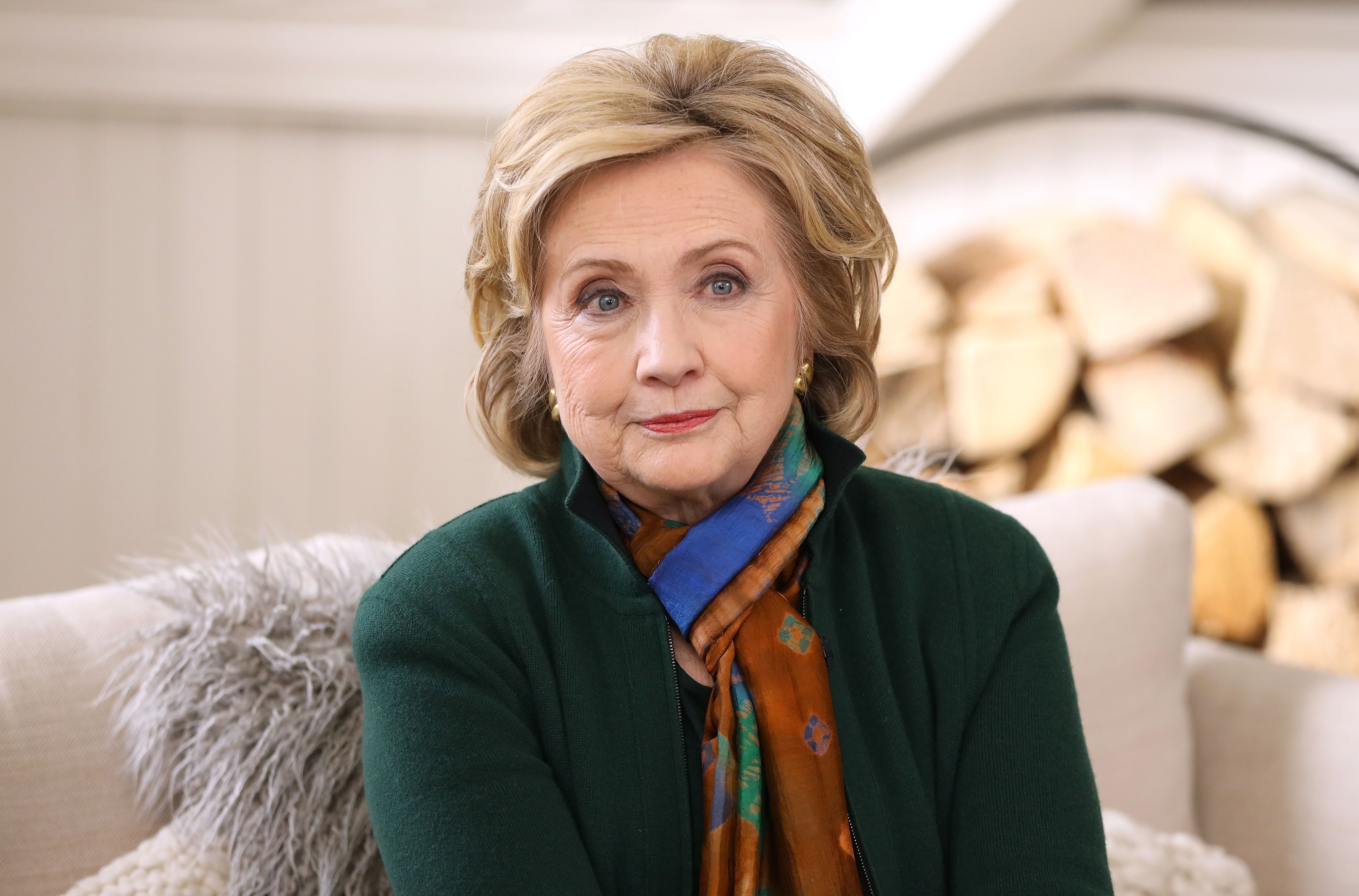 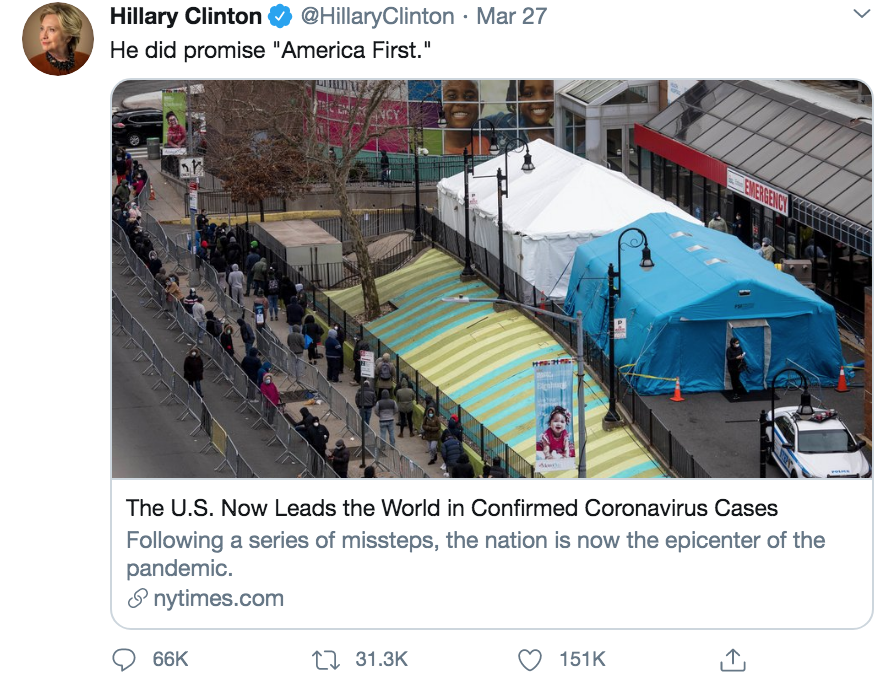 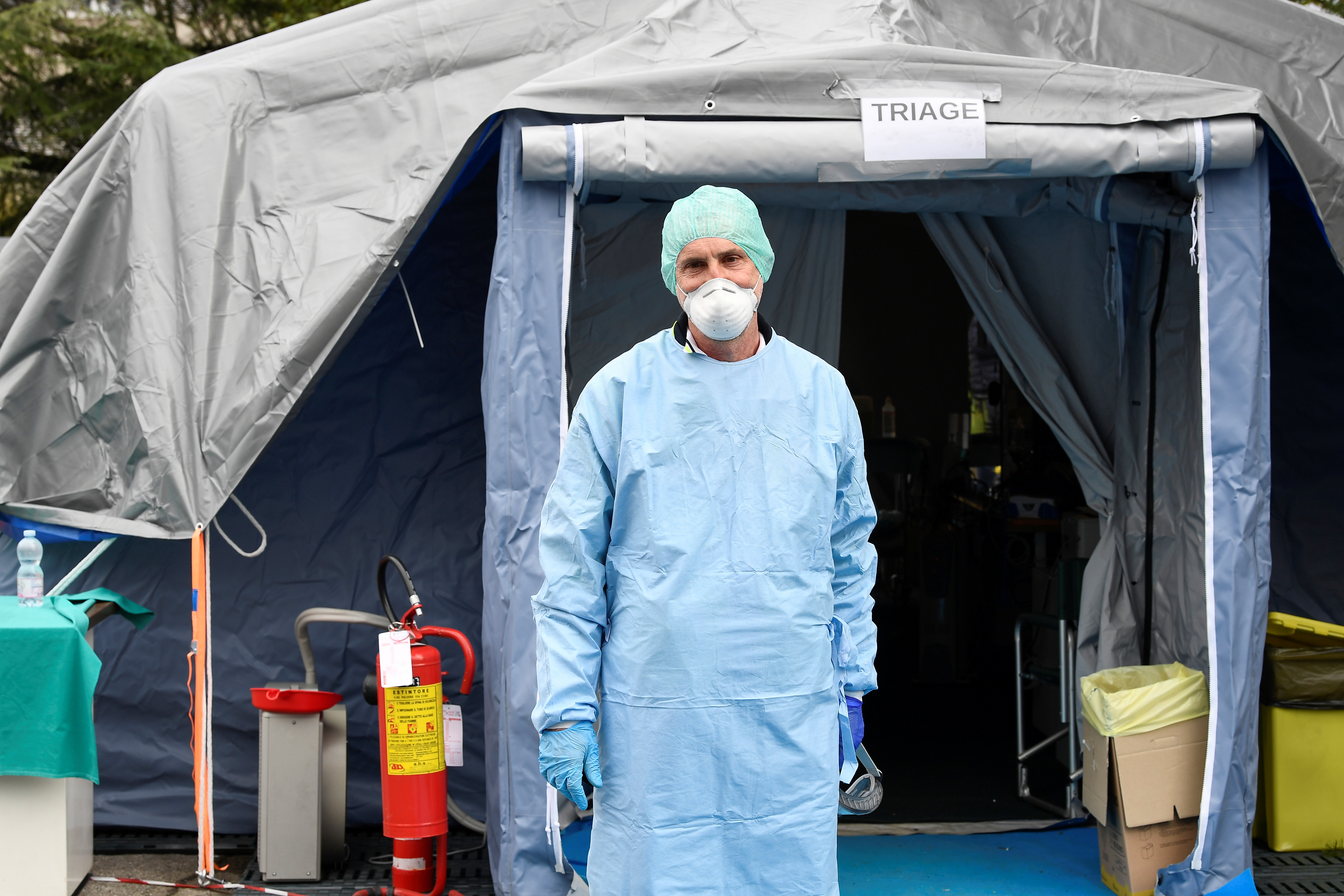 The tasteless tweet attached to the article racked up 31,000 retweets and 66,000 comments.

America First has been a slogan that Trump chanted at rallies and was part of his election promise to put American jobs and military lives first.

The slur was met with tens of thousands of comments – with many notable pundits attacking Clinton for her insensitivity.

Another user commented: "Imagine being smug about thousands of sick and dead people."

YouTuber and columnist Blaire White replied: "You are an actual witch. This is horrific news, but to you it’s just an opportunity to dunk on Trump."

Another user wrote: "RETIRE. The world and even your party has moved on from the Clintons. Go away." 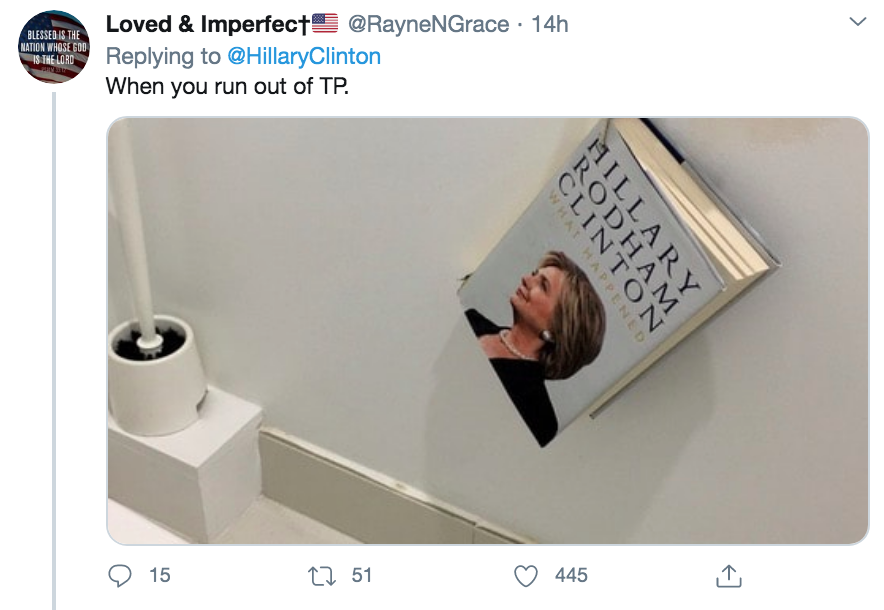 Several took the opportunity to dig at the former presidential candidate for not winning the election.

Caleb Hull sneered: "This is why you aren't president and he is."

However, not everyone disagreed with the Democrat.

One loyal follower called her the "queen of everything", and another wrote: "Of course Jared's got it under control, just kidding. Ugh."

Ex-husband Bill Clinton opted for a different approach in a tweet today: "As the numbers continue to rise, we can never forget that there are real people, each with their own lives, stories, families, and friends behind every statistic.

"My heart is with all those who have lost someone to COVID-19, are fighting the virus, or know someone who is."

Unlike Hillary, his tweet was met with hundreds of people praising him for his thoughtful words, with some calling him "Mr President".

This comes as the US was dubbed the epicenter of the virus outbreak with 105,778 cases and a staggering death toll of 1,711.

Trump announced today that he is considering quarantining of the states of New York, New Jersey and Connecticut to help stop the spread of coronavirus.

The president told reporters on Saturday he's mulling a 14-day quarantine for the tri-state area, as the number of cases in the northeast continues to grow. 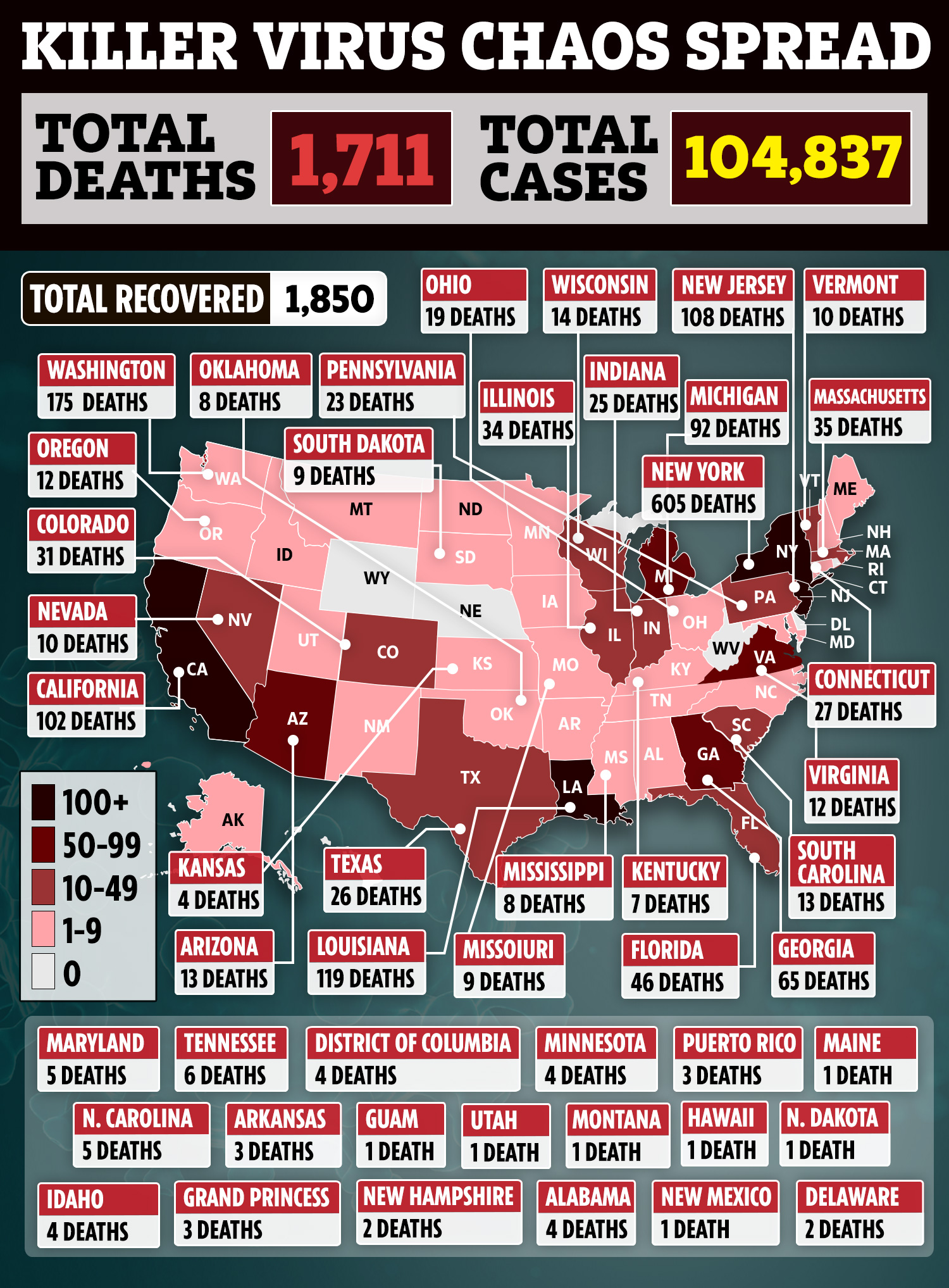 "If you are from the New York metropolitan area, and you travel elsewhere, we need you to self-quarantine for 14 days to help us contain the spread of the virus," he said, speaking in front of the USNS Comfort hospital ship.

The U.S. Navy ship, equipped with 1,000 beds, will depart Virginia for New York to be used for coronavirus patients.

Trump continued: "I am now considering and will make a decision very quickly, very shortly, a quarantine because it's such a hot area of New York, New Jersey and Connecticut."

"We'll be announcing that one way or the other fairly soon. "

The president said a quarantine would "not apply to people such as truckers from outside the New York area who are making deliveries or simply transiting through," and added "it won't affect trade in any way.

Earlier Saturday outside the White House, Trump revealed the news about a possible quarantine.

"We’d like to see New York quarantined because it’s a hotspot — New York, New Jersey, maybe one or two other places, certain parts of Connecticut quarantined," he said.

"I’m thinking about that right now. We might not have to do it but there’s a possibility that sometime today we’ll do a quarantine — short-term two weeks for New York, probably New Jersey and parts of Connecticut.”

Trump said he is considering implementing "enforceable" travel restrictions around the region. 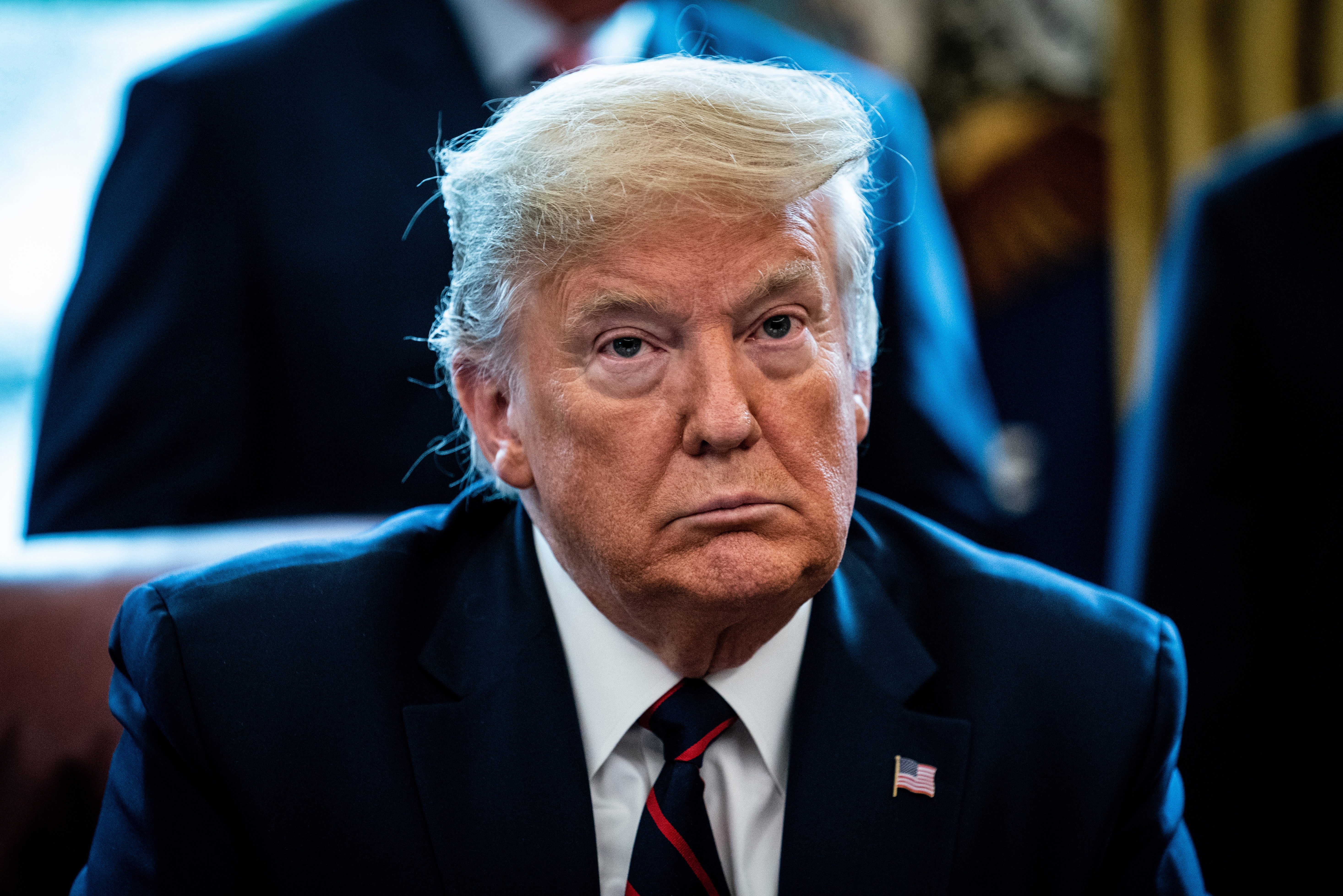