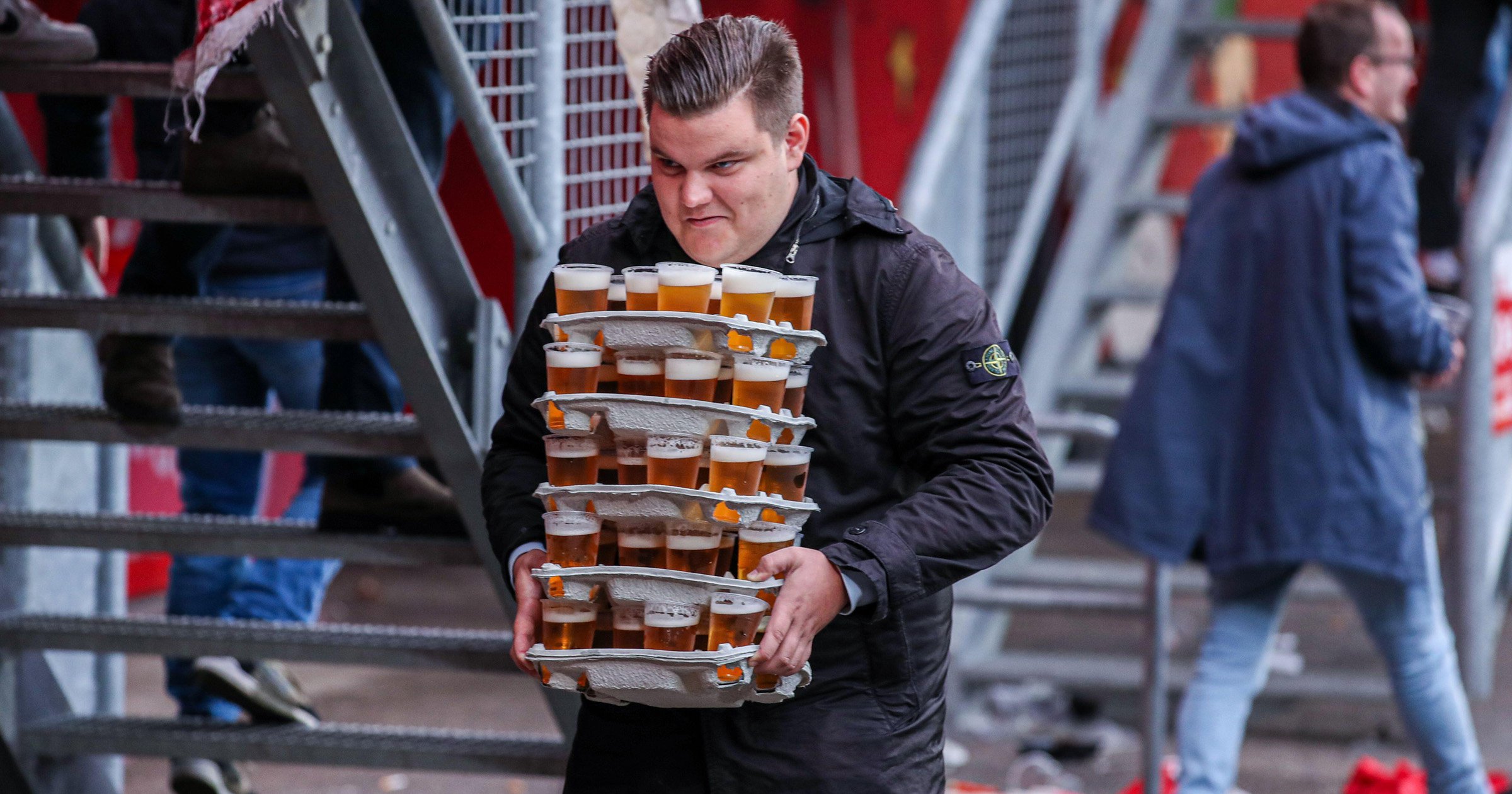 A Dutch football fan has been hailed a hero after he was pictured carrying 48 beers back to his seat in one go – without spilling a drop.

The FC Twente supporter came up with a novel way of skipping the notoriously long queues at matches, although his liver is unlikely to thank him for it.

Christiaan Roetgering, 23, stacked five crates full of beer on top of one another as he made the precarious trip from the bar back to the stands on Sunday.

He shrugged off the feat, saying it was simply his round. And, he admitted, it wasn’t even a record among his mates.

‘I always go to the game with a group of friends, and each time one of us has the job of getting the beers in,’ Roetgering said, as quoted in various media reports.

‘This time it was my turn, and I didn’t fancy having to keep going back and forth to the bar. So I decided to get everything in one visit.

‘I had to carry the trays through a passageway and up some stairs, but it all went fine. But it’s not a record – my friend Jochen has managed in the past to carry 50 beers in one go.

‘I must have had 300 friend requests on Instagram. I was watching the highlights on TV on Sunday, and my phone just exploded.’

Unfortunately, Christiaan’s exuberance at the bar was not matched by his team on the pitch – they drew 1-1 with rival’s Willem II with both teams having a player sent off.

Despite the action-packed game, others were equally distracted by the bar with another fan pictured carrying at least as many beers as Christiaan.

There are unlikely to be similar scenes in the UK anytime soon as, unlike other sports like cricket and rugby, drinking alcohol is banned when football supporters are in view of the pitch.

There have recently been calls to relax this rule, which has been in place in 1985, and a pilot may be held in lower league grounds imminently.

But, when the news of a review was announced last month, the UK’s football policing lead, chief constable Mark Roberts, hit back saying any relaxation of the rules would be ‘irresponsible.’

He cited the recent scenes at Wembley for the Euro 2020 final – which resulted in England being handed a stadium ban – as evidence for why football fans here still can’t be trusted to have a drink at their seat.