A BRAVE Brit contractor who shot dead two ISIS militants with an AK47 during the Mozambique massacre and then hid out in the jungle grinned as he was pictured being rescued.

Nick Alexander, a dual British-South African citizen, spent two nights crawling through bushland before being picked up with his colleague, Niraj Ramlagan, by South African mercenaries at the weekend. 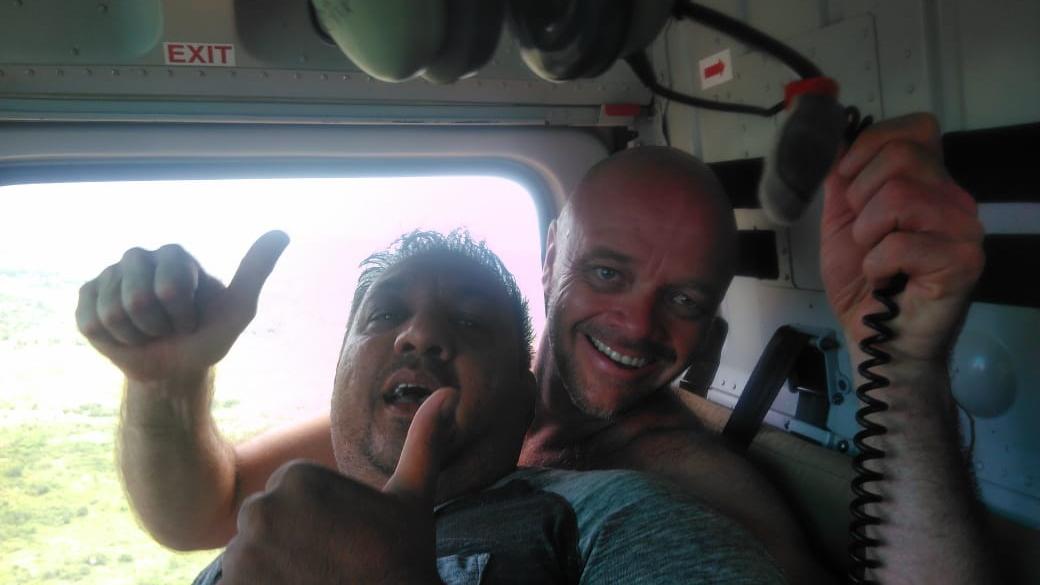 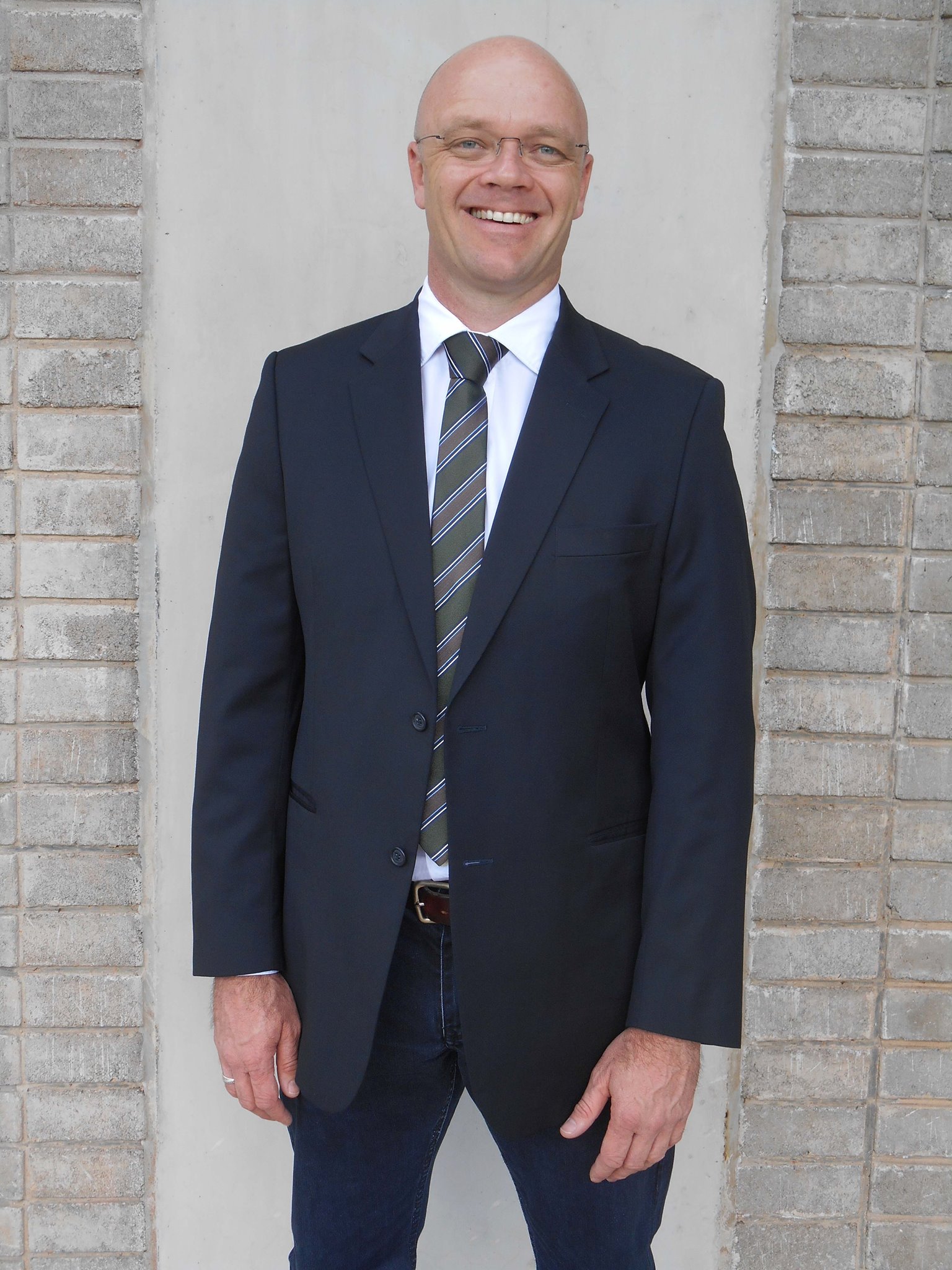 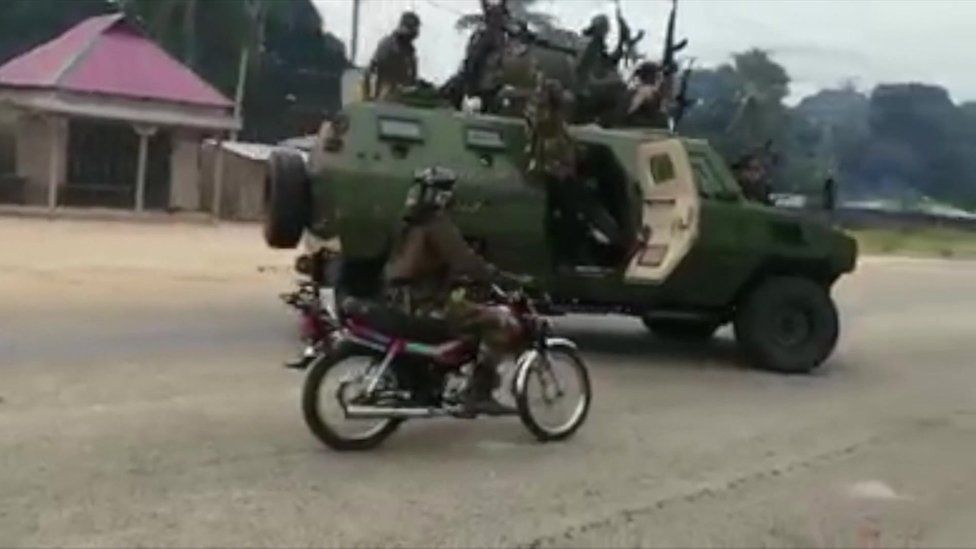 Mr Alexander smiled with relief and held his thumbs up for the camera as he was rescued via helicopter after evading an ambush.

The former cop was at the back of a convoy of expats that came under heavy fire from militants while leaving Palma in northern Mozambique, on Friday evening, reports the Times.

Mr Alexander, a contractor building camps for gas workers in Africa, has since made contact with his daughter Jayde, 29, in Johannesburg.

“He saw the commotion with the ambush ahead and got out,” she revealed.

“There was a government vehicle with an AK47 in it, so he broke in, got it and shot dead two al-Shabaabs [militants].

"He and two others from the car then ran to hide into the bushes with the gun.

"They were literally crawling through the bush until they were rescued.”

Earlier we reported how 40 expats are missing and seven have been left dead including one Brit after ISIS gunmen ambushed the convoy as it fled a hotel siege.

The convoy of foreign contractors was attacked by Islamic State fanatics near Africa's biggest gas project.

Scores of locals, including young children, have also been slaughtered during the five-day siege of the mining town. 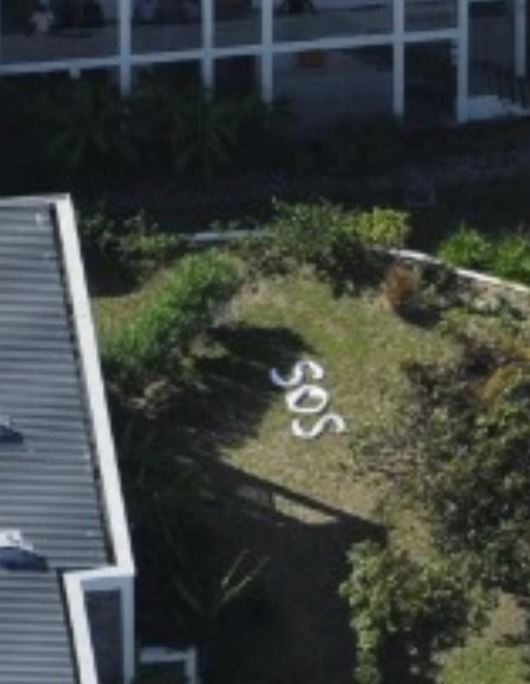 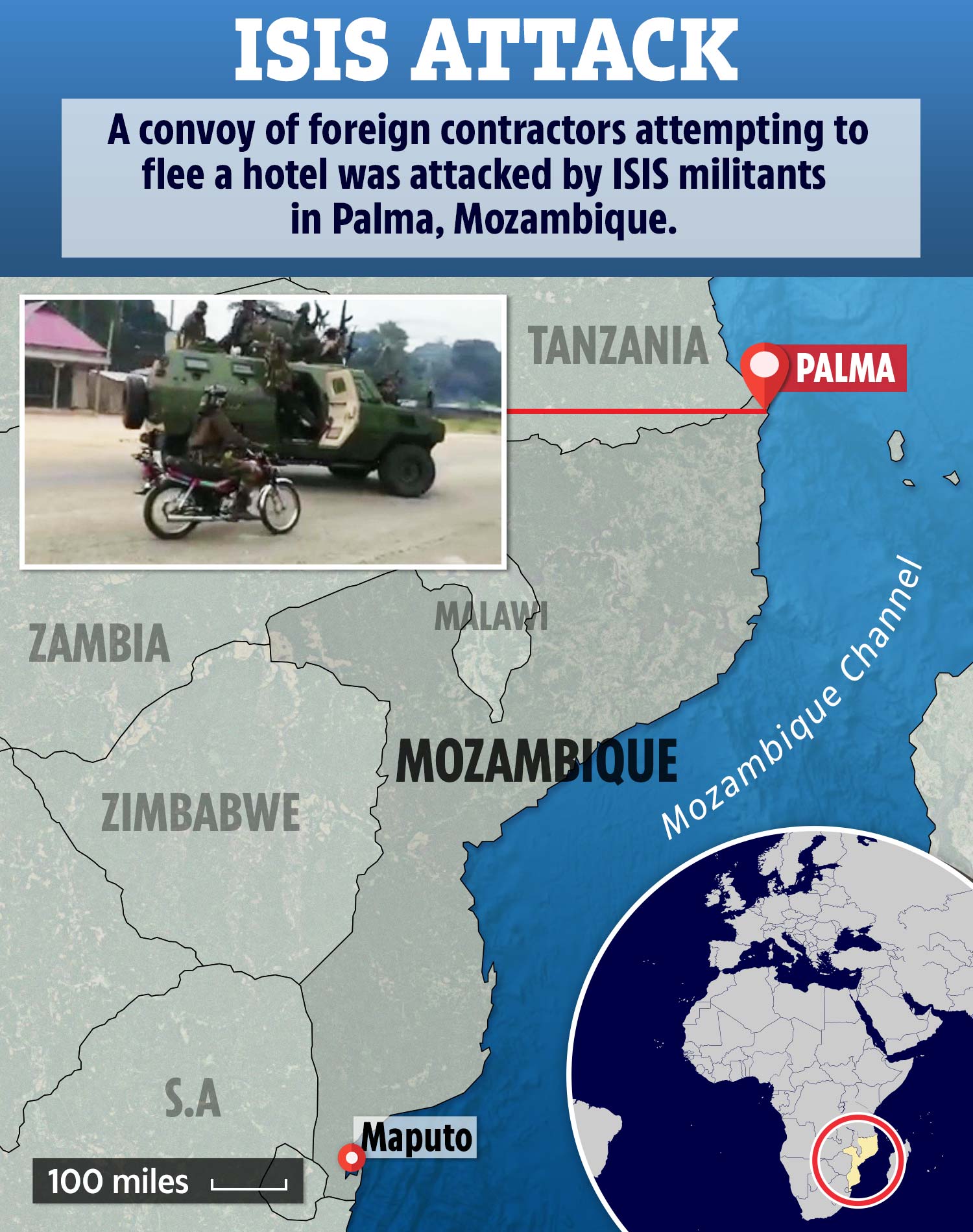 Others are believed to be possibly being held hostage by the ISIS insurgents, the Sunday Times reported.

Eyewitnesses claimed dead bodies – many of them beheaded – were piling up.

Around two hundred ex-pat workers had been holed up in the Amarula Palma Hotel.

The British man, who has not been named, was killed when he tried to break the siege by smashing through the rebel lines in a convoy of 17 cars.

At least 40 expats, including British, French and South African nationals, are still missing.

According to a report in The Daily Telegraph, a Brit named Philip Mawer has not been heard from since attempting to flee the town of Palma on Friday.

Mr Mawer, believed to be in his 50s, is understood to have been with around 200 other expatriates at the hotel, the newspaper reported.

He works for RA International, a Dubai-based firm that provided accommodation and other logistics for expatriate workers.

A statement from the firm said: "Our last communication with him was on Friday afternoon after which he was part of a convoy of vehicles that left the Amarula Lodge later that day.

"We understand that this convoy came under attack and that at least one of the vehicles was involved in a serious traffic accident.

"There are conflicting accounts of what exactly transpired, and we are working tirelessly to corroborate these accounts. Our prayers and thoughts are with the family at this difficult time." 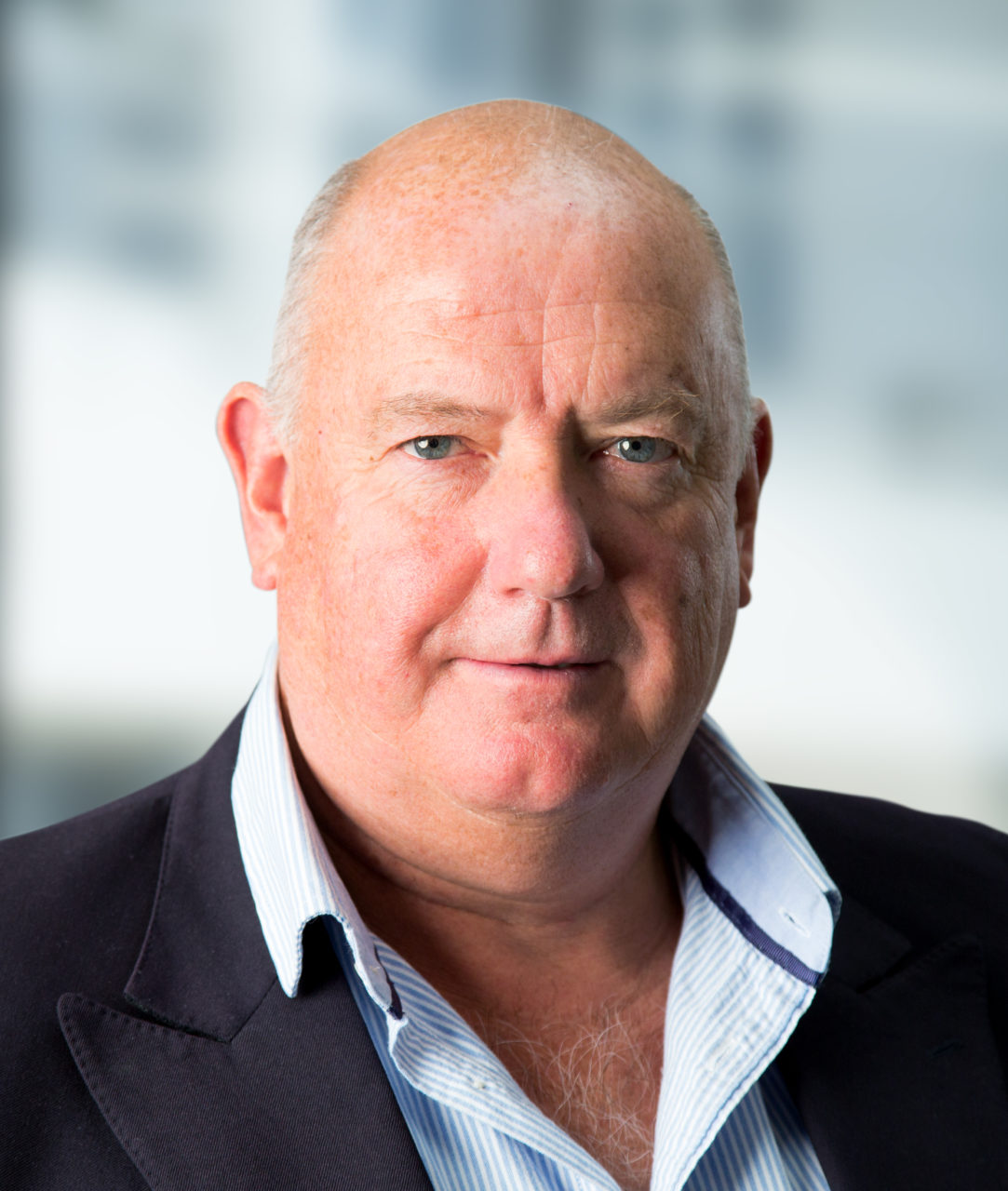 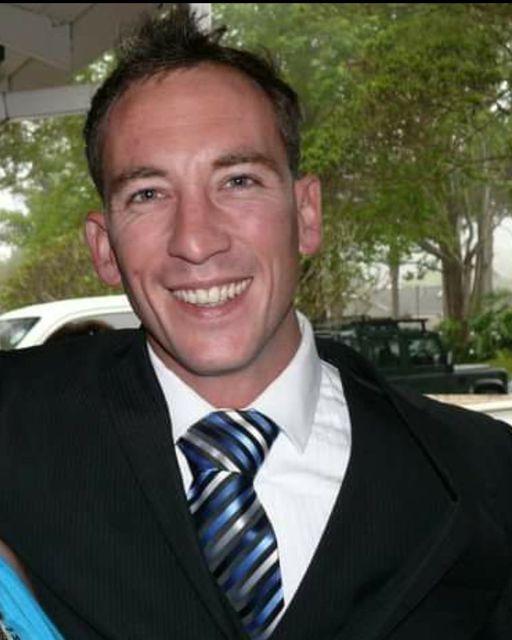 A Foreign Office spokesperson told the BBC: "Our High Commission in Maputo is in direct contact with authorities in Cabo Delgado to urgently seek further information on these reports."

Omar Saranga, a spokesman for the Mozambican Ministry of Defence, said “dozens of defenceless people” had been massacred in the violence.

“The defence and security forces registered the loss of seven lives of a group of citizens that left the Amarula hotel in a convoy that was ambushed by the terrorists,” he added.

The French oil giant Total announced it was suspending operations at Africa's largest natural gas field nearby. The project is worth £14 billion.

The British government has backed the development with a £1 billion loan.

Thousands of local residents fled their homes and hid in the surrounding countryside.

Relatives of the missing are furious that there was not a proper evacuation plan.

There have been warnings that Palma would be a target for insurgents in the area.

The whole town of 53,000 people is under the control of 100 militants – many holding ISIS flags – after attacks began on Wednesday.

Two Brits were among a group who were rescued by South African mercenaries in forests in Palma.

British contractors are still working at the gas site, which is operated by French company Total.

During the three days of attacks, banks have been looted, government buildings and vehicles have been set on fire and much of Palma has been destroyed.

A security consultant told the Sunday Times that the town was "chaotic and with no real sign of anyone on the offensive… the insurgents are doing as they please".

South African Adrian Nel, 40, was one of those killed in Palma.

His devastated mum Meryl Knox said: "My son's body is still there and I know those savages would have done horrific things to him.

He had spent two days at the Hotel Amarula waiting to be evacuated with his brother Wesley, 37, and stepdad Greg, 55.

There were about 190 other expats, workers and dignitaries also waiting to be saved.

As insurgents surrounded the hotel, a group of 60 tried to make a run for safety in a convoy.

Seven of the vehicles managed to speed away, but 10 were fired on by armed militants.

Human Rights Watch said witnesses described "bodies on the streets and residents fleeing after the… fighters fired indiscriminately at people and buildings".

The hotel was later burned to the ground.

US President Joe Biden has described the extremists in Mozambique as a "foreign terrorist organisation".

More than a thousand people have been resuced by a Dunkirk-style flotilla of small and large boats.

Officials said 1400 who fled the region landed at Pemba yesterday, 150 miles to the south, and hundreds more were due to disembark over night. 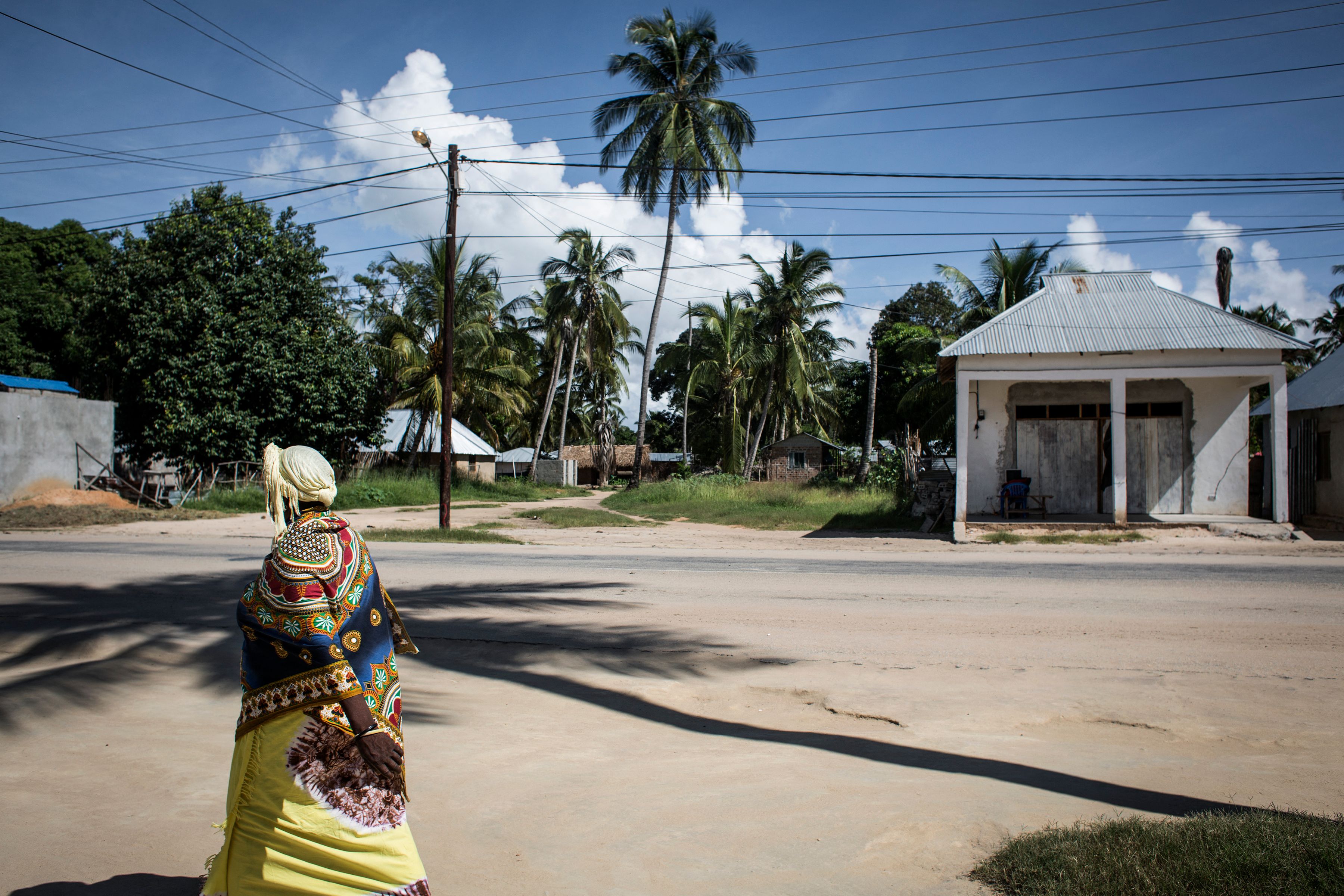