Helicopter rescue for group of swimmers near Cape Schanck

Multiple helicopters have been deployed after a number of swimmers came into distress off the Mornington Peninsula on Wednesday afternoon.

Paramedics, including an air ambulance, were also called to the incident at Flinders just before 3.30pm on Wednesday. 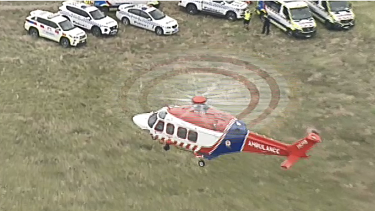 Air Ambulance and other emergency services on scene on Wednesday.Credit:Nine News Melbourne

An Ambulance Victoria spokesperson said there are reports of multiple patients who had come into danger.

Emergency Management Victoria recorded the rescue incident near the Two Bays Walking Track which runs for 26km between Dromana to Cape Schanck on the peninsula. 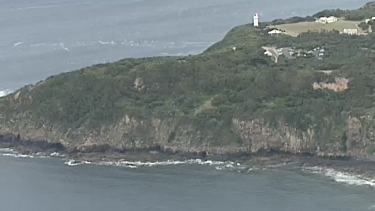 Aerial footage from the scene on Wednesday.Credit:Nine News Melbourne

Bushrangers Bay is not patrolled by Life Saving Victoria, according to beachsafe.org.au.

The service describes the 300m beach as "moderately safe" for swimming when waves are low.

"However stay on the bar and clear of the rocks, and rips against the rocks," the advice reads.

Related posts:
Ryan Dorsey Shares Sweet Tribute on What Would Have Been Naya RIvera's 34th Birthday
LA crackdown: 182 arrested for underground 'superspreader' events
Popular News
‘The Bachelor’: Anna Accuses [SPOILER] Of Being An Escort After She Wins Matt Over On A Group Date
26/01/2021
Man Utd wonderkid Ramon Calliste, called ‘the next Giggs’, now owns luxury watch business and makes £5m a year – The Sun
26/03/2020
Megan Thee Stallion Addresses Criticism Over Twerking: ‘I Love to Shake My A**’
26/03/2020
Police guard shops to stop coronavirus panic-buyers and enforce social distancing – The Sun
26/03/2020
Coronavirus: Good Morning Britain’s Dr Hilary reveals ‘game-changing’ self-testing kit
26/03/2020
Recent Posts
This website uses cookies to improve your user experience and to provide you with advertisements that are relevant to your interests. By continuing to browse the site you are agreeing to our use of cookies.Ok