STARTLING video shows a butt-naked man having sex with his motorcycle in broad daylight – to the shock of neighbours.

A man who filmed the pervert in Bangkok, Thailand, initially assumed he was trying to steal the bike, when he noticed him “sitting in a strange position”. 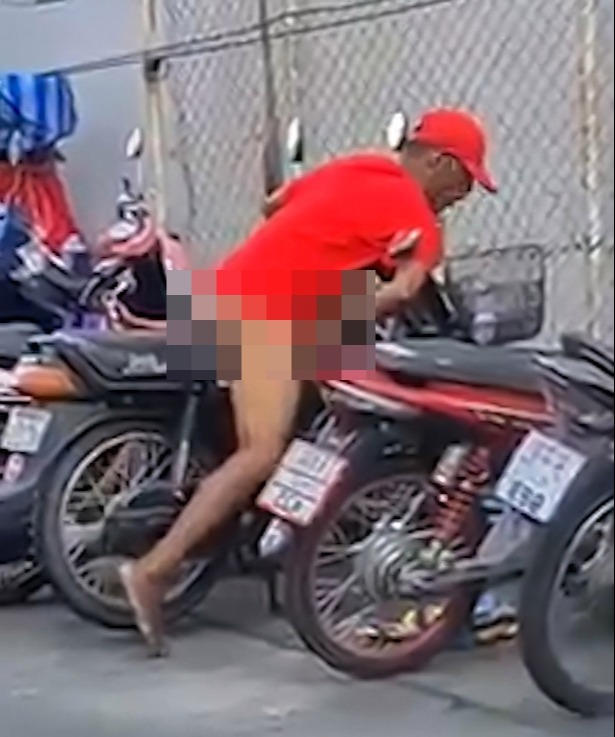 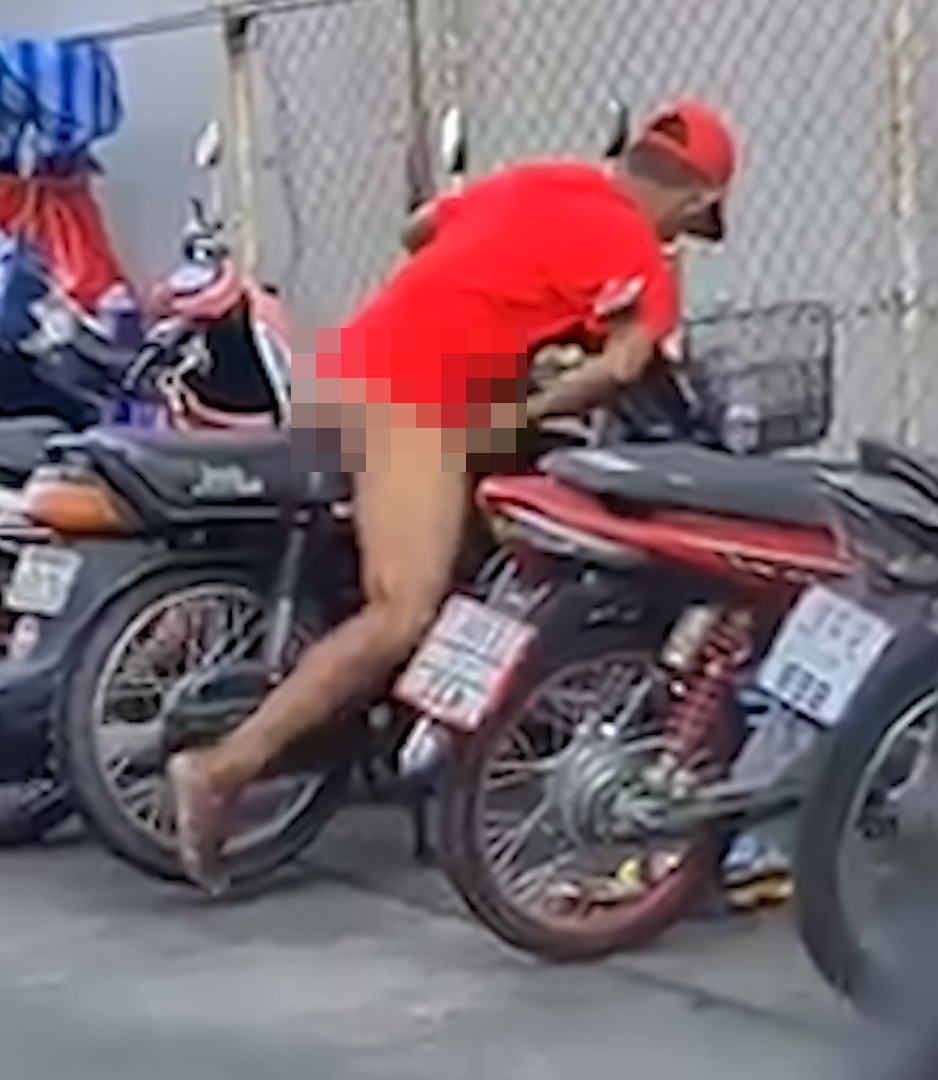 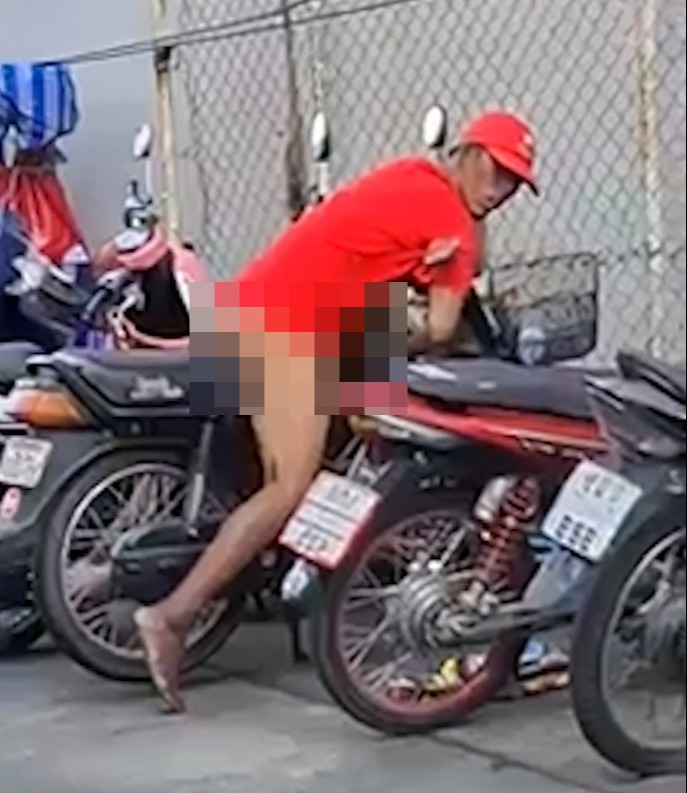 Footage shows him rubbing his crotch against the vehicle's seat, while naked from the waist down on June 12.

The passing resident noticed the man, who was wearing a bright red hat and a red t-shirt, leaning forwards on the motorcycle.

The pervert appeared to be having sex with it, which shocked the filmer- who at first assumed he was trying to steal the parked vehicle.

The unnamed witness told local media: "I looked in my motorcycle rear mirror and saw that the man was sitting on the seat in a strange position.

"I saw his hand moving constantly and thought he was trying to steal the motorcycle.

"But when I looked – after trying to focus – it was clear that he was having sex with it."

I want to apologise to everyone for what my grandson has done.

Pictures from another neighbour show the same man allegedly performing the same solo sex act in the same parking spot.

He was eventually tracked down by local media, who confronted the man's grandparents at the home where he lives.

His embarrassed granny explained: ''I want to apologise to everyone for what my grandson has done.

"He fell down and hit his head when he was a child and has been very naughty ever since then.

''We care for him the best that we can do and have told him not to do this with the motorcycle.''

The man reportedly refused to leave his room and speak to journalists when asked about his behaviour in public.

Police have not taken any action against him. 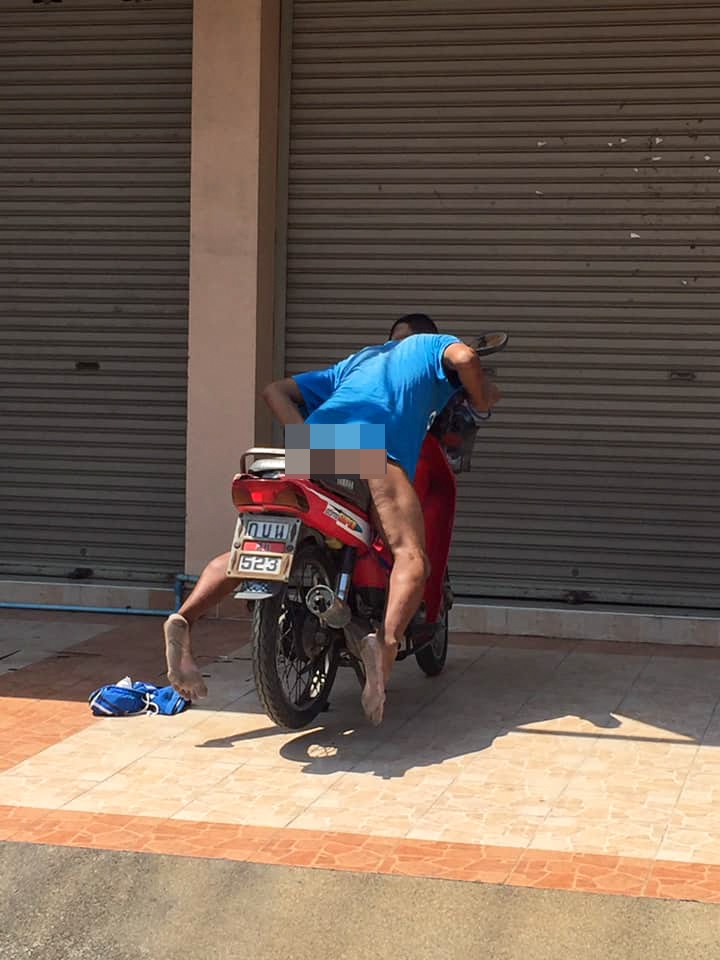 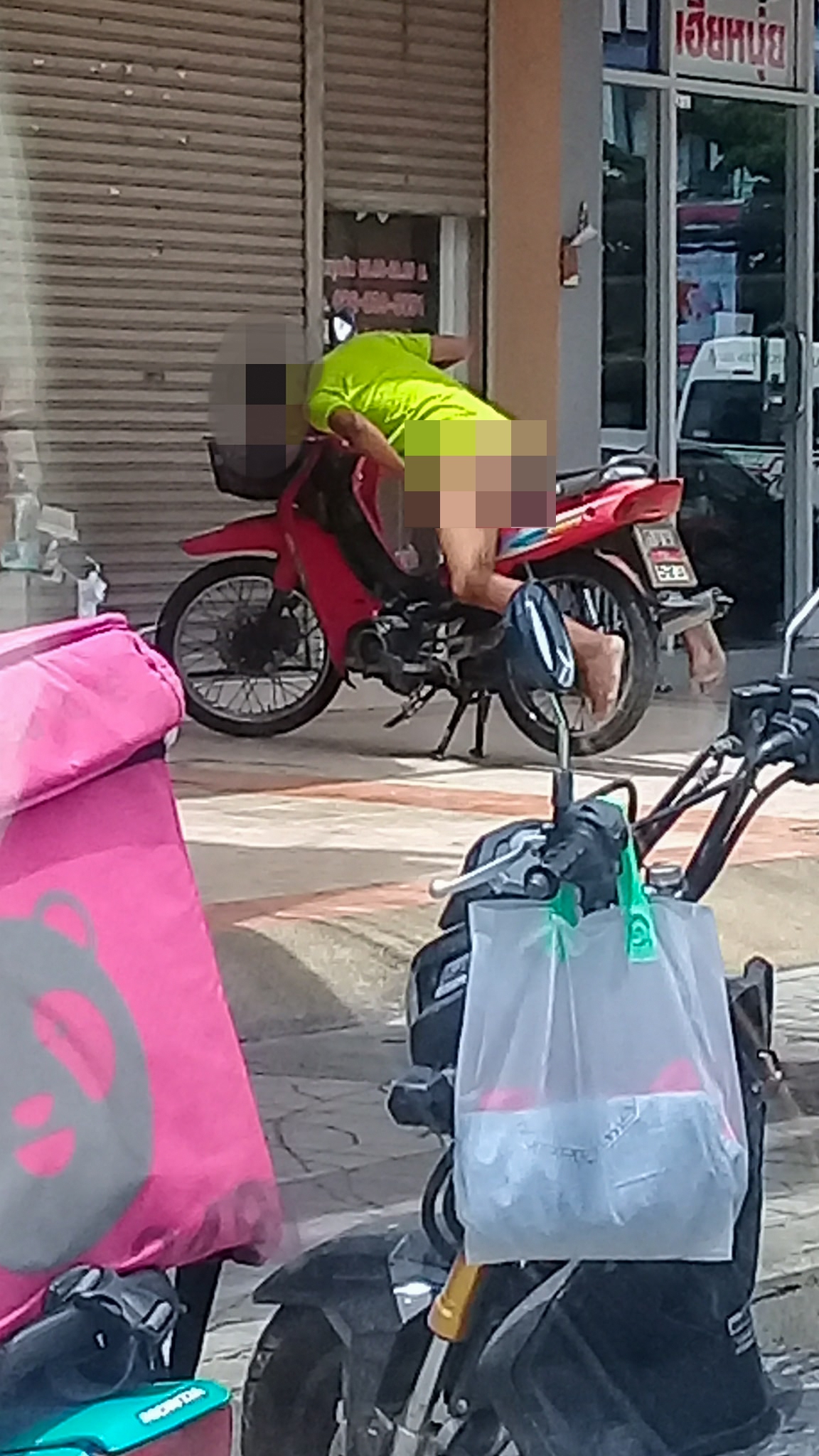