How to make a golden retriever grin: Gus the dog smiles from ear to ear every time his head is scratched in adorable footage

An adorable video of a dog thoroughly enjoying a head scratch from his owner has been viewed thousands of times online by adoring fans.

Gus, a one-year-old golden retriever from Orlando, Florida, grins from ear to ear when he gets his head scratched by owner Shelby Harrison.

Shelby shared the cute video of Gus grinning to Instagram on June 25 and it has already received more than 10,000 views 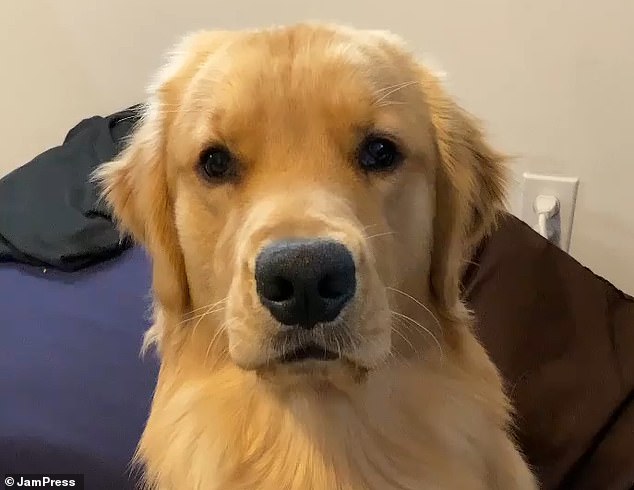 Gus, a one-year-old golden retriever from Orlando, Florida, sits waiting for a head scratch with a black expression on his face

The video shows Gus grinning from ear to ear as Shelby uses an extendable back scratcher from Amazon to gently massage his head.

The handheld device has a claw shaped ‘hand’ which Shelby uses to scratch the top of Gus’ head.

Hilariously, as soon as his Shelby stops, Gus returns to a rather blank expression.

But he resumes his broad smile as soon as she starts scratching his head again. 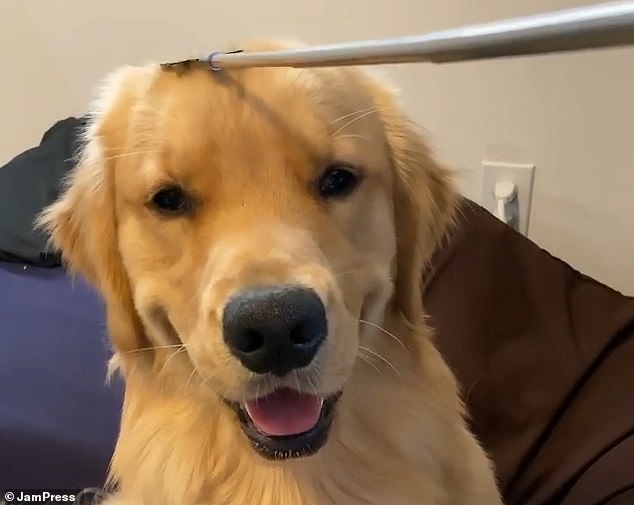 He is always keen to eat lots of snacks and is very fond of a good head scrub, too.

Gus’ owner Shelby said: ‘I have had Gus since he was 8 weeks old.

‘It’s been so surreal watching this video go viral and seeing all the comments and shares.

‘I absolutely love seeing how a short 25-second clip that I filmed on a whim, has brought so much joy to so many people.’ 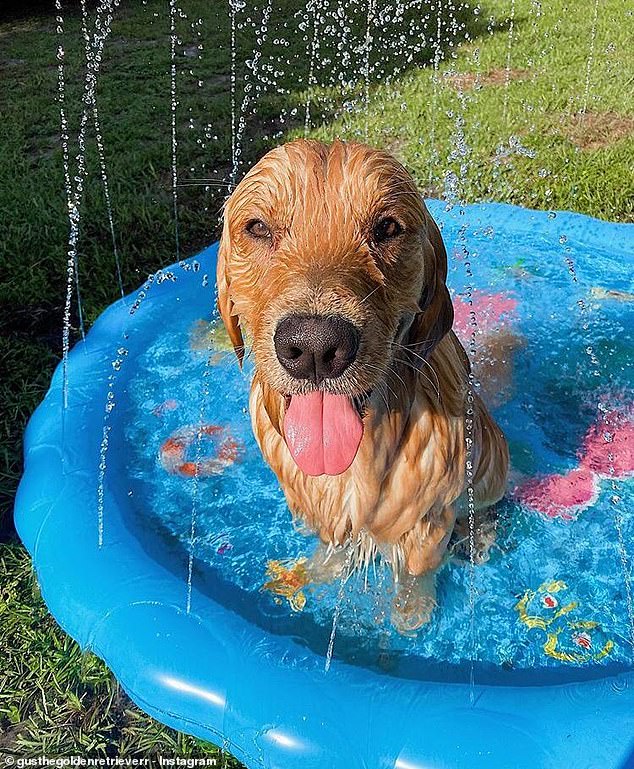 A video of the adorable pup has been viewed over 10,000 times on Instagram. Gus (pictured) also enjoys swimming, dock diving and a good game of fetch

Related posts:
Donald Glover and Michelle White welcome third child
England squad announced with Foden and Greenwood OUT but Saka, Calvert-Lewin and Barnes IN
Popular News
Jenny Slate working on ‘90s-comedy-inspired script where she plays twins
21/10/2020
Man Utd wonderkid Ramon Calliste, called ‘the next Giggs’, now owns luxury watch business and makes £5m a year – The Sun
26/03/2020
Megan Thee Stallion Addresses Criticism Over Twerking: ‘I Love to Shake My A**’
26/03/2020
Police guard shops to stop coronavirus panic-buyers and enforce social distancing – The Sun
26/03/2020
Coronavirus: Good Morning Britain’s Dr Hilary reveals ‘game-changing’ self-testing kit
26/03/2020
Recent Posts
This website uses cookies to improve your user experience and to provide you with advertisements that are relevant to your interests. By continuing to browse the site you are agreeing to our use of cookies.Ok